Top Things To See And Do In Steglitz, Berlin

© hans-jürgen2013/Flickr
This south-west corner of Berlin is often overlooked, but little-explored Steglitz has a lot to offer. More residential than the central districts, Steglitz is home to the botanical garden, Schlosspark Theater and the 1970s architectural curiosity ‘Bierpinsel.’ With the Wansee and Nikolassee just a few train stops away, Steglitz is a treasure trove of eclectic offerings that the city center just can’t provide.

A green paradise with a 20,000 strong plant species selection, Berlin’s Botanic Gardens is a quiet expanse in the south-western corner of the city that is of incomparable beauty and quietude to any garden in the city. It’s a place where you can easily spend hours wandering and exploring tropical greenhouses, rose gardens, alpine plants and moss houses. It is an extraordinary way to be immersed in nature so very close to the center. 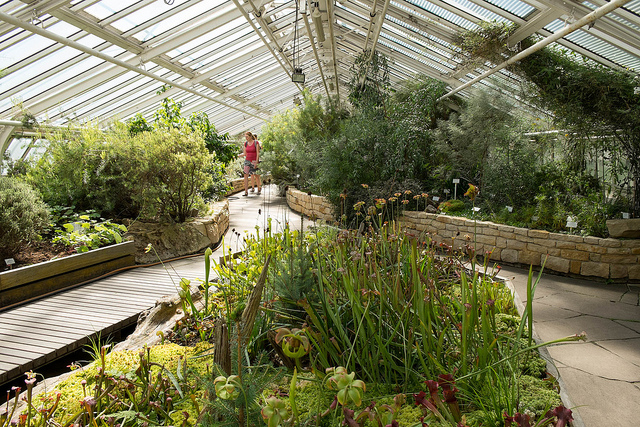 Theater
First built in 1804, Schlosspark Theater has a long and vibrant history. Where Samuel Beckett once staged his own production of his play Waiting for Godot, the Schlosspark Theater showcases a spectrum of performances, from music to spoken word to cabaret. Taken over in 2008 by comedian, actor and cabaret artist Dieter Hallervorden, the program is more diverse, rich and creative than ever and the theater a center for celebrations of culture and art.
More Info
Open In Google Maps
48 Schloßstraße, Bezirk Steglitz-Zehlendorf Berlin, Berlin, 12165, Germany
+493078956670
View menu
Visit website
Visit Facebook page
Send an Email
Give us feedback

An archetypal example of the Pop-Architecture movement of the 1970s, the Bierpinsel, or ‘beer brush,’ was designed by architects Ralf Schüler and Ursulina Schüler-Witte. Previously the Turmrestaurant Steglitz (Tower Restaurant Steglitz), it acted as a restaurant and disco during the 1970s. While it is somewhat aesthetically divisive, there is something heartwarming and nostalgic about the sheer curiosity of the structure and design of it. While it is not currently open, there are rumors of it being taken over once again, returning to its former bar-based glory, and is surely worth a view for the fact there’s nothing in the city quite like it. 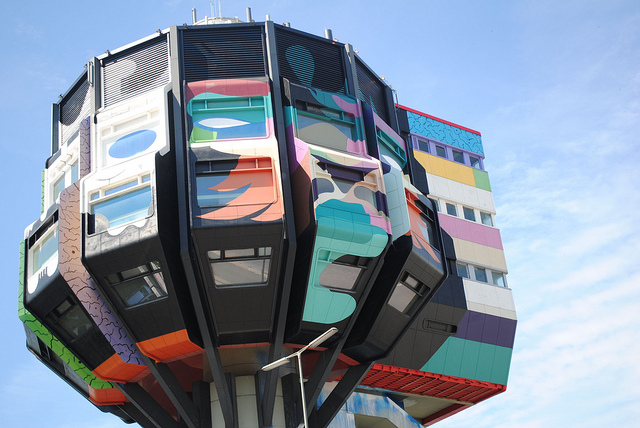 Stadtpark Steglitz is another quiet and secluded escape from the city, with picturesque woodlands and ponds. This lesser-known city park is even more precious for the few people there and calmness it exudes. When in need of a winter or summer stroll, dog walk or picnic – though a little trek from the center – a breath of fresh air from the more hectic patches of green in the middle of the city awaits you. With quaint, fairytale-like fountains and a rose garden, Stadtpark Steglitz is a more pleasant way to wander when in the area. 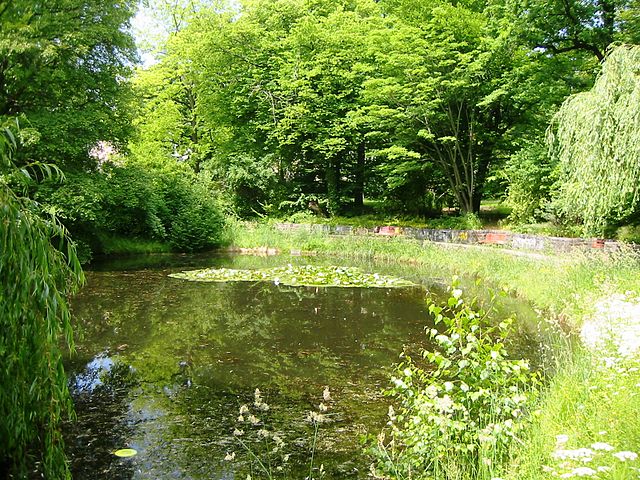 Museum
Alliierten Museum | © Mangan2002/WikiCommons
While there are not many places in the city to find the documentation of the wonders of the Allied efforts during the war, there is such a place of pilgrimage in this south-western district. Focusing on the efforts of the U.S., the French and the British in Berlin, primarily between 1945 and 1994, the museum gives an unique perspective on the history the city and the impacts that the Allied efforts had. While there was, on one hand, a trifecta of quasi-unity, it was fundamentally divisive, and so this museum takes a fascinating look at the immediate and lasting impacts made by Allied intervention.
More Info
Open In Google Maps
135 Clayallee, Bezirk Steglitz-Zehlendorf Berlin, Berlin, 14195, Germany
+49308181990
View menu
Visit website
Visit Facebook page
Send an Email
Give us feedback

For an alternative architectural history tour of the city, getting out at Lichtenfelde-West takes you to a colony of villas built in the late 19th century, the oldest residential district in Berlin. Part of the Villakolonie movement, this group of buildings was designed as mansions or villas. A stark contrast to the architectural styles used in the rebuilding of the city after the war – straight lines and symmetrical designs – Steglitz offers a little collection of Art Nouveau treasures. 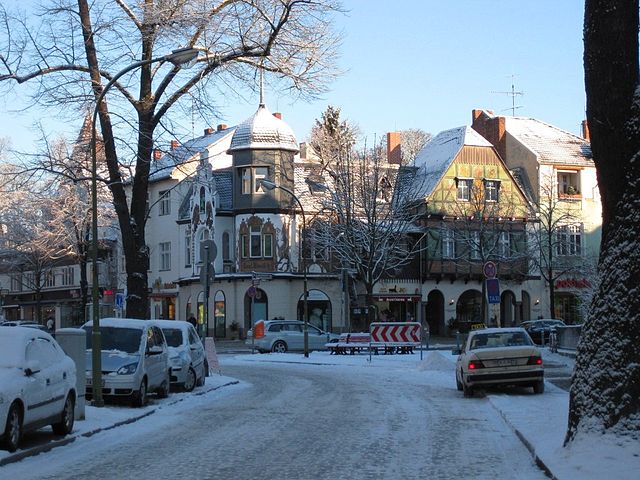 This cozy little Vietnamese restaurant is an unexpected little wonder in the somewhat sparse dining scene in Steglitz. Not just within Steglitz, but within the city, this hidden gem is certainly worth a visit. Doing authentic Vietnamese food exceptionally well within a friendly atmosphere, Bao is one for any pho enthusiast, and the spring rolls are definitely worth trying too. It’s a no brainer if you’re already in the area, and a culinary excuse to get to Steglitz if you are elsewhere.

This cozy corner of Steglitz does hearty, rich, classic Italian food with full flavorful flair. La Marianna is not just another typical Italian restaurant lining the streets, especially with dishes like truffle spaghetti. The authentic pasta and perfectly cooked pizza bases are certainly worth a trip, along with its imaginative dishes. It’s perfect for a long evening dinner, especially during the summer nights when you can sit outside. The quiet Steglitz neighborhood makes it a calm and charming evening.

This innovative bar in the heart of Steglitz is a serious contender against the mixology-oriented establishments of the district and city. Sweet, sour, selected spirit – it’s better to describe what you’re after to the enthusiastic bartenders who will then conjure a personal creation, rather than be picking from their menu. With a wonderfully friendly atmosphere, Clandestine does the imaginative art of mixology with skill and without pretension, making it a perfect place to pursue a personalized potion.