Top 10 Things to See and Do in Germany 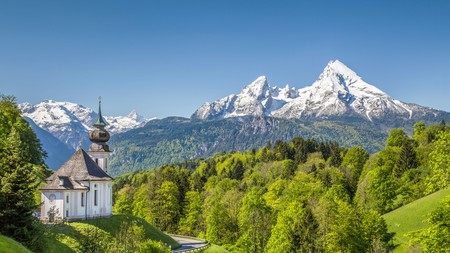 There are tons of things to see and do in Germany, whether it be strolling around one of its vibrant cities, enjoying the national parks or taking in some street art. Here’s a list of ten interesting things to do when visiting Germany.

The much-maligned Trabant is having a bit of moment. A symbol of the country before the fall of the Berlin Wall if ever there was one, the ‘family’ car has just 26 horsepower and does 0-60mph in 21 seconds. The best part? The body is made of Duroplast – a mysterious material made of wool, paper and recycled plastic. There are many companies offering Trabant tours of the former East Berlin. You can go with a guide, but for maximum fun, drive yourself. 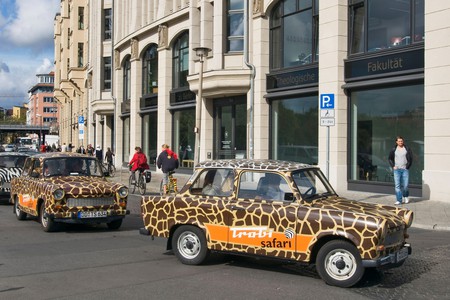 The best way to see a city is by walking. Even large cities like Munich usually have a relatively compact city centre that it’s possible to see plenty of in one day. Highlights include the Old Town Hall, St Peter’s Church and the Munich Residenz. Refuel at the lively Viktualienmarkt and pop into the renowned Hofbräuhaus beer hall. 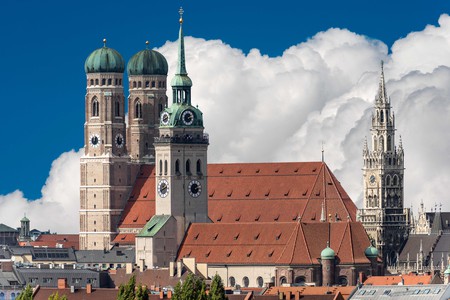 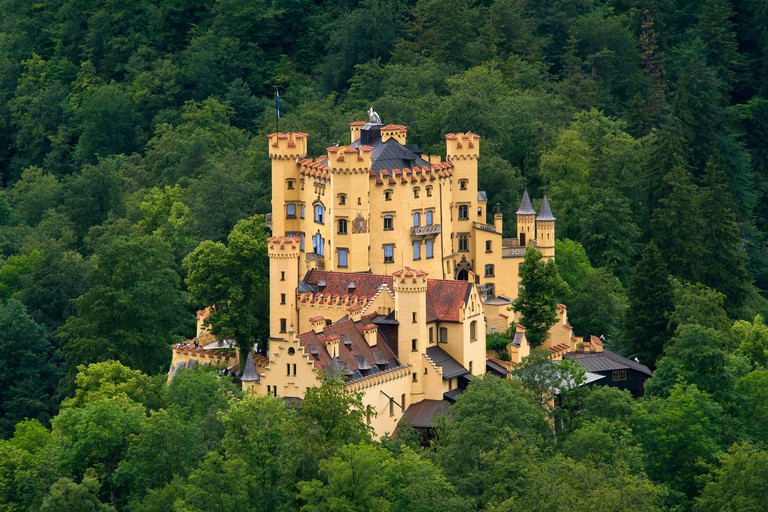 Hohenschwangau Castle | © Elena Korchenko / Alamy Stock Photo
Book Now
You can hardly turn around in Germany without bumping into a castle. The best known to American tourists is Neuschwanstein in Bavaria, the inspiration for the Disney castle. Across the lake, King Ludwig II had his summer home, Hoheschwangau. Both castles can only be visited by appointment with a guide. Visits in summer should be reserved in advance.
Open In Google Maps
30 Alpseestraße, Hohenschwangau Schwangau, Bayern, 87645, Germany
+498362930830
Visit Website
Give us feedback

There are many places to be among nature in Germany, often in close proximity to the city, but be sure to make time for some of the country’s stunning national parks. Berchtesgaden National Park in Bavaria is the home of the Königssee, a lake of such beauty it is said to rival the Norwegian fjords. No cruise ships, though. The park has clearly marked trails and bike paths with incredible views for your social media feeds. 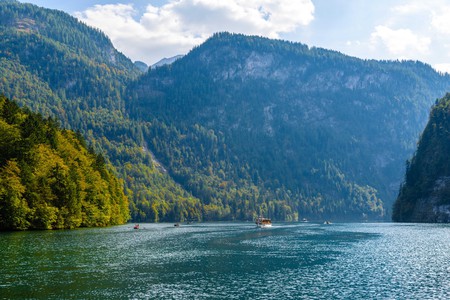 Often referred to as the St Tropez of the north (if such a thing is possible), Sylt is where Germans go to see the shifting sand dunes, admire the lighthouse and listen to the surf while the sunset paints the sky. And when you’re done with that, there are loads of luxury boutiques and top class restaurants to enjoy. 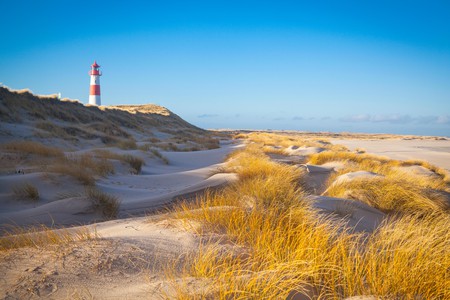 Every Monday, Wednesday, Friday and Saturday, Alternative Tours Berlin runs a street art tour and workshop. See murals by Blu, Osgemeos, Syrus, Victor Ash, ROA and many others. Learn about the history of street art, its etiquette and code of conduct as well as what’s new on the scene. The second part of the tour gives visitors the chance to make their own art in an abandoned margarine factory in Lichtenberg. 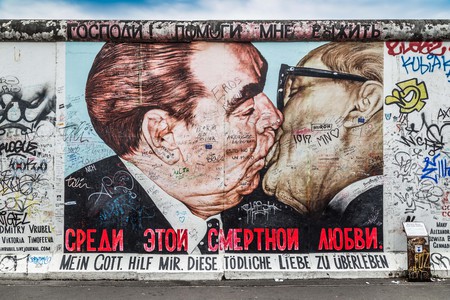 In the cute old town department, there is not much in Germany that beats Quedlinburg. Equidistant between Hanover and Leipzig, the half-timbered houses have sagged with time -1200 years- but have not lost an ounce of their charm. Residents have not been shy with the paint can or the flower pot and the result is a place made for the camera, or a romantic weekend away. 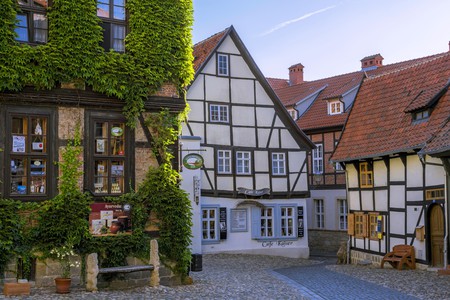 Even older than Quedlinburg, Regensburg has been a settlement of one sort or another since the Romans turned up in 179AD and is now a UNESCO World Heritage site. Whether by luck or management, Regensburg has remained untouched by war. It now functions less as a town and more like an outdoor museum with monastaries, churches and the houses of the gentry all having pride of place among its residents. 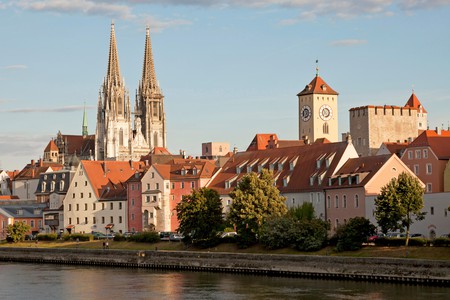 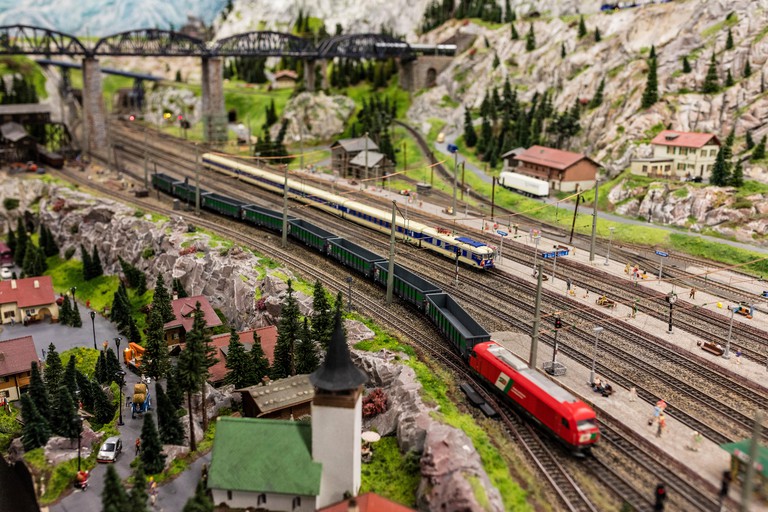 The former coal mining and steel manufacturing part of Germany – the Ruhrgebeit – is slowly recovering from the collapse of these industries and finding new uses for the mammoth buildings that remain. The Zollverein coal mining complex is a UNESCO World Heritage site and is visited by more than 1.5 million people a year. The angular, industrial structures that make up the site are perfect fodder for photographers. 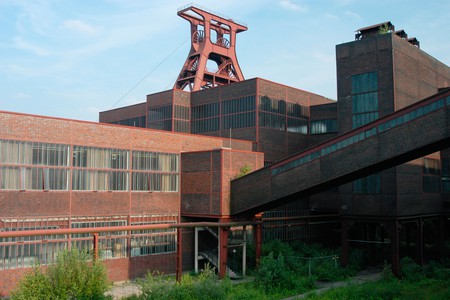