Top 10 Things to Do and See in Schwerin, Germany

Schwerin Castle | © Scanrail / Shutterstock
Schwerin lies about 110 kilometres east of Hamburg and stuns with its romantic palace and surrounding landscape riddled with lakes. But there’s more to explore than that – artworks from the Middle Ages all the way through to modern times, historic townhouses and peculiar anecdotes from the city’s past. Here are the top 10 things to do when you’re visiting the charming city in Germany’s north.

Schwerin Castle is something straight out of a fairytale. Over 1,000 years, the beautiful building was reconstructed and expanded several times. Influenced by the Renaissance era, the castle sits on an island surrounded by parks and gardens. Today, it’s the seat of the Landtag of Mecklenburg-Western Pomerania and houses the castle museum. Daily guided tours take your around the lavishly furnished decorated rooms and allow a glimpse into the castle’s history. 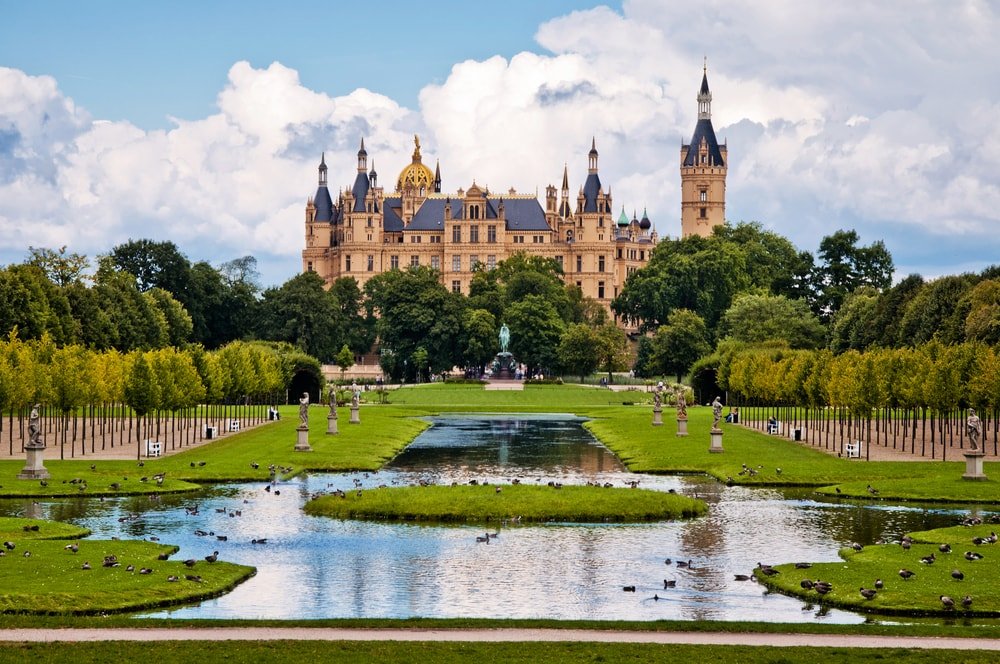 Make sure to allow some time to roam the vast castle parks and gardens. Modelled on a French pleasure garden, the vast green space garden includes several ponds and lakes and is dotted with arcades, canopies and 18th-century sandstone sculptures by Balthasar Permoser. The former glass and cast iron orangery today houses a café where you can refuel on coffee and cake after your tour.

Schwerin’s Schelfstadt neighbourhood testifies to the city’s history. Wedged between the Ziegelsee and Pfaffenteich lakes, the quarter charms with idyllic waterfront views, restored timber-framed houses and handicrafts, small boutiques and speciality shops. All that is overlooked by the red brick Schelfkirche church which stands at the highest point of the neighbourhood. 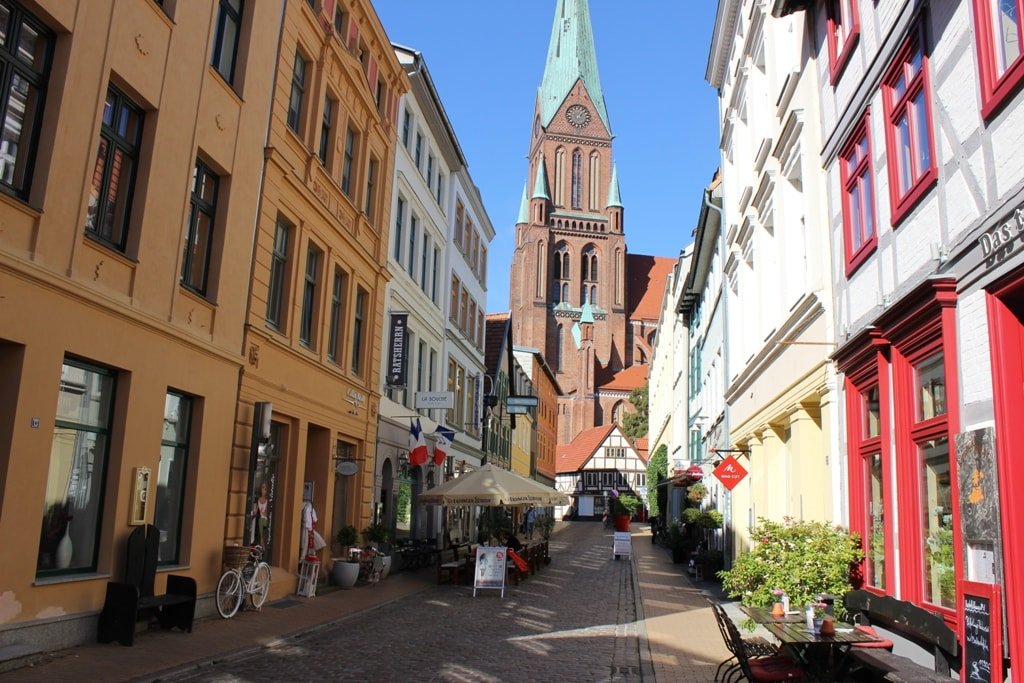 You’ll see water wherever you go when you visit Schwerin. The landscape is dominated by 12 lakes that surround the city. Lake Schwerin alone encompasses more than 60 square kilometres and is a haven for watersport fans. You can join a boat trip, sail, kayak, swim or stay on a houseboat for the length of your trip.

Cathedral, Church
Schwerin Cathedral, Schwerin | © Ввласенко / WikiCommons
The 13th-century cathedral ranks among the best examples of brick-built Gothic architecture in North Germany. Rather than just marvelling at its architectonic features, it’s worth stepping inside to explore some of the details. Back in the Middle Ages, a reliquary that was believed to hold Christ’s blood drew pilgrimages to Schwerin Cathedral.
More Info
Open In Google Maps
4 Am Dom, Schwerin, Mecklenburg-Vorpommern, 19055, Germany
+49385565014
Visit website

The museum complex first opened its doors is 1882 and welcomed the public to browse parts of the extensive Staatsmuseum art collection. Among the most notable artworks of the Galerie Alte & Neue Meister are 17th and 18-century Dutch and Flemish painting and an extensive Marcel Duchamp collection.

Year-round, the Mecklenburg State Theater stages concerts, musical theatre performances, ballet and plays, but the annual is the Schlossfestspiele which has lured 70,000 people to Schwerin in the past. For the festival, the performances of the world’s most renowned operas are moved to a stage in the Alter Garten park right in front of Schwerin Castle. 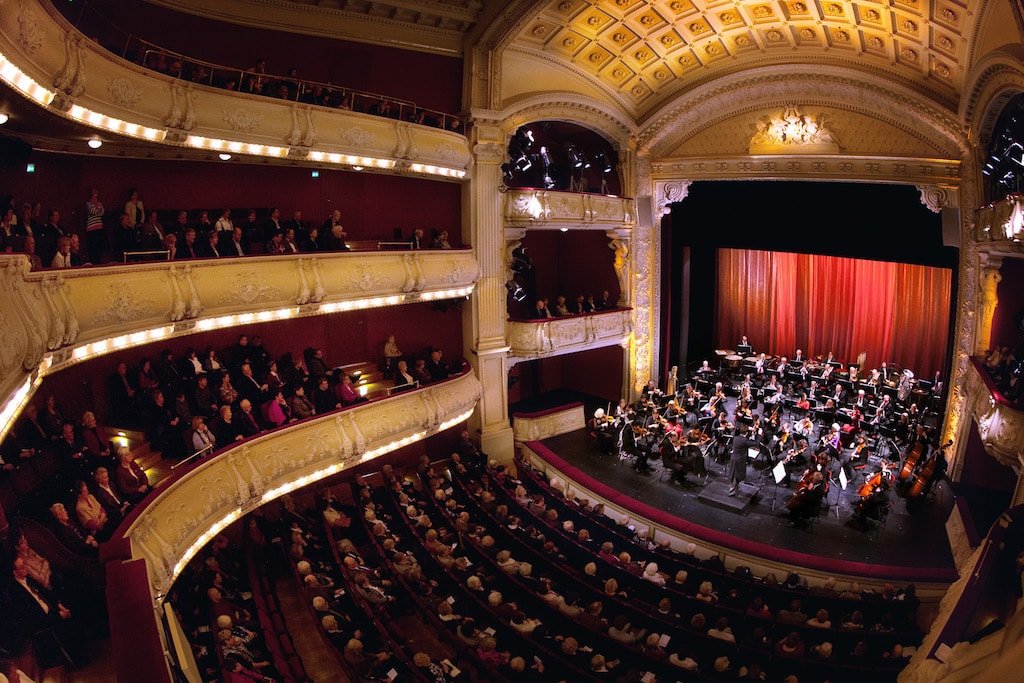 A lion sculpture stands in the old town market square, commemorating the city founder Heinrich the Lion. The four sides depict scenes of the Duke’s life, one of which caused an uproar among Schwerin’s citizens when the statue was revealed in 1995. Legend has it that Henry the Lion was greeted with peoples’ bare behind when he arrived at the town of Bardowick. People are said to have resented him after their town lost importance in competition with Schwerin and Lübeck.

About an hour drive east from Schwerin, yet worth the trip, is Güstrow Palace. Ulrich, the Duke of Mecklenburg commissioned the Renaissance built in 1558 which today is considered to be one of the most important Renaissance palaces in all of Germany. The stucco-adorned rooms of the palatial complex house a museum which showcases antique ceramics, the ducal weaponry and medieval, renaissance and contemporary art. 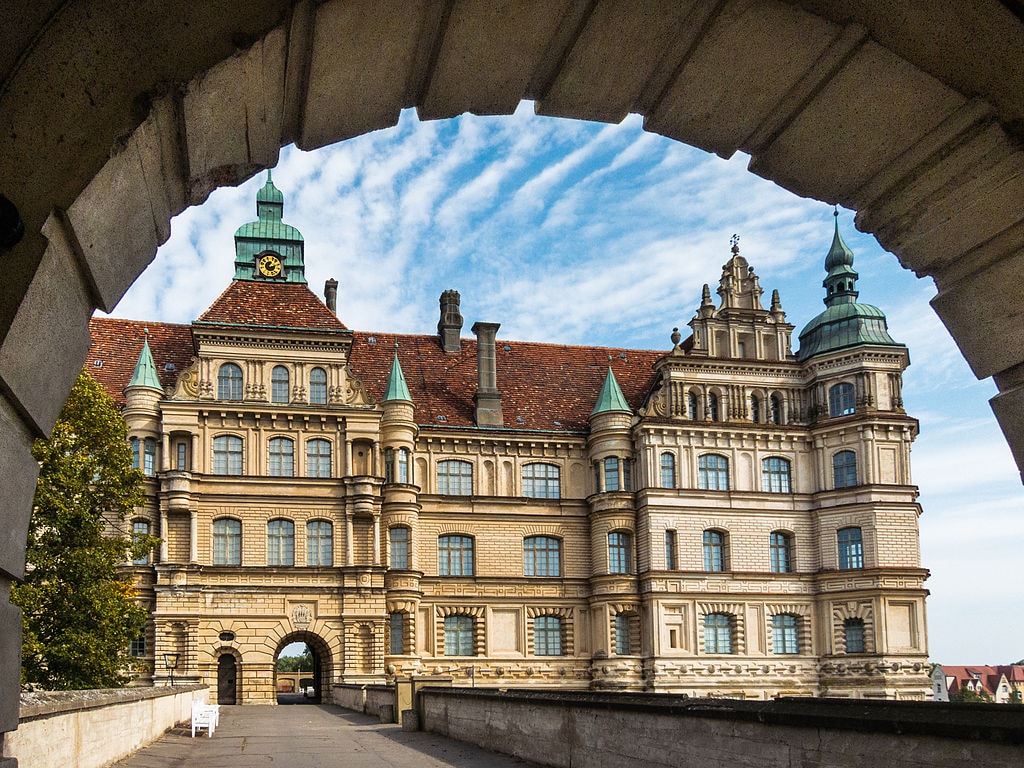 Less than 40 kilometres south of Schwerin in the midst of a Baroque village waits yet another palace. The 1172 Ludwigslust Palace has been hailed the Versailles of Mecklenburg, and the pompous interiors feature silk wallpaper, chandeliers, paintings and stucco ornaments. Its parks and garden span across a whopping 120 hectares.