Top 10 Things to Do and See in Kiel

© Arne List / Flickr
Kiel is a coastal city in North Germany with many maritime-themed attractions – here you can peek into a Nazi wartime submarine, watch sailboats on one of the world’s busiest artificial waterways, and cheer at the Kiel Week regatta. But that’s far from it – check out our list of the top 10 things to see and do for more inspiration.

Set in an old fish auction hall, the Kiel Maritime Museum showcases exhibits that tell of the city’s maritime history and explore the importance of the harbour, navy, dockyards and sailing. Displayed items include fishing boats, historical nautical instruments and maritime-themed paintings. Don’t miss the collection of antiques that were gifted to the museum by a private collector. Outside, near the museum bridge, anchor several historical buoy tender, ferries and a fireboat.

Kiel’s most popular waterfront promenade runs for 3.5 kilometres (2.2 miles) between the castle gardens and the Hindenburgufer. Locals come here to get a whiff of the salt-breeze and watch the passing cruise ships and sailboats. Restaurants, cafés and boat houses line the esplanade and offer a view of dockyards and Kiel’s emblems, the goliath cranes. 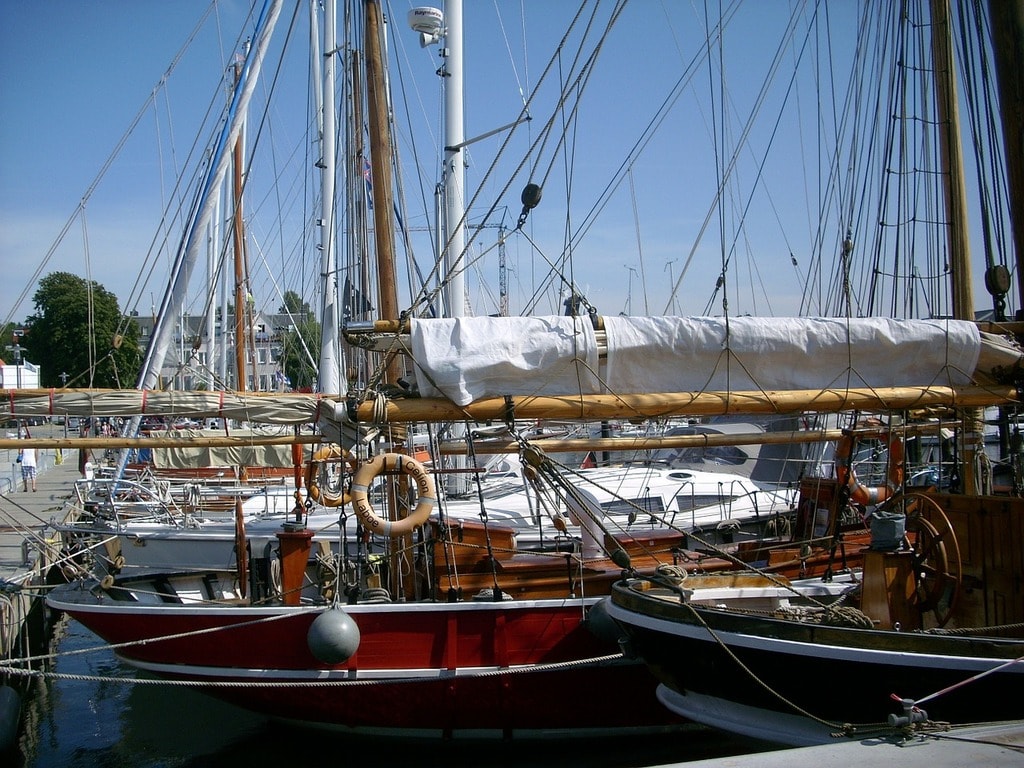 Check out the elegant sailboats I © Foerdegirl / Pixabay

The Kielline promenade only really comes to life when the world’s largest sailing event hits town. Every year in June, millions of watersport fans from across Europe rush to the city for Kiel Week and enjoy a week-long regatta. What started out a fairly simple racing event has developed into one of Germany’s biggest festivals with live music, cultural events, food markets and a tall ship convention.

Kiel has a lot of lovely green spaces to explore. At the fringe of the old town, the former botanical gardens have been converted into a public park with flower beds, fountains, ponds, and grassy areas. From the hilltop pavilion, you can see all the way to the fjords. In 1985, the new botanical gardens on the university grounds opened and today showcase more than 14,000 species across the outdoor area and in the seven greenhouses.

The 99-kilometre (62-mile)- long Kiel Canal links the North Sea and the Baltic Sea. With more than 30,000 ships passing through every year, the canal ranks among the world’s busiest artificial waterways. A viewing platform at Holtenau overlooks the busy locks, and the small museum on the southern side gives you an insight into the history of the lock operation.

Set up on Laboe beach on the eastern side of the fjord is a Nazi Germany submarine. The wartime U-boat was damaged in 1944 and transported to Trondheim, and after the end of World War II, the Norwegian navy used the vessel until the 1960s. Today, the U-995 serves a museum and offers a glance into the tight interior of the engine room, cabins, control stations and torpedo tubes. 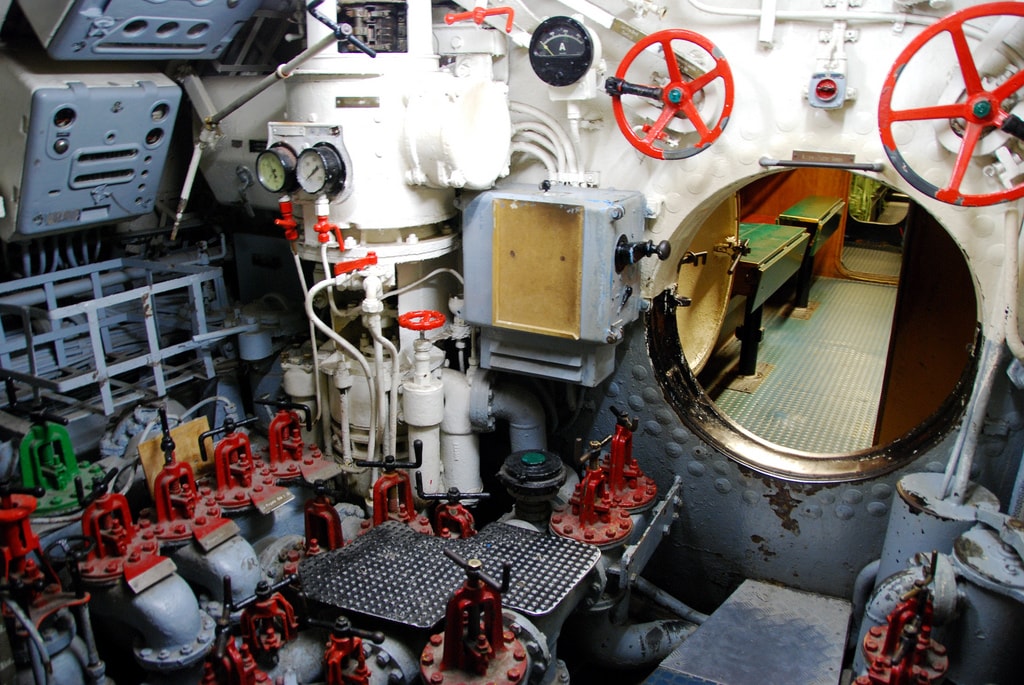 Right next to the U-boat museum, the tower of the Naval Memorial soars 72 metres (236 feet) high. The landmark can be seen from miles away, and was erected to commemorate the sailors who lost their lives during World War I. Today it symbolises all seafarers killed in both world wars. The ground floor houses a small exhibition, while the platform grants stunning views of the area.

Kiel’s main church is also the city’s oldest building. Construction began shortly after the founding of the city in 1242 but since, the building has been reconstructed and extended several times. Allied bomb raids ravaged Kiel in World War II and devastated Nikolai church, but luckily the ecclesiastical treasures and artworks had been removed years previously. In 1950, the church was reconstructed using modern-day elements and materials. 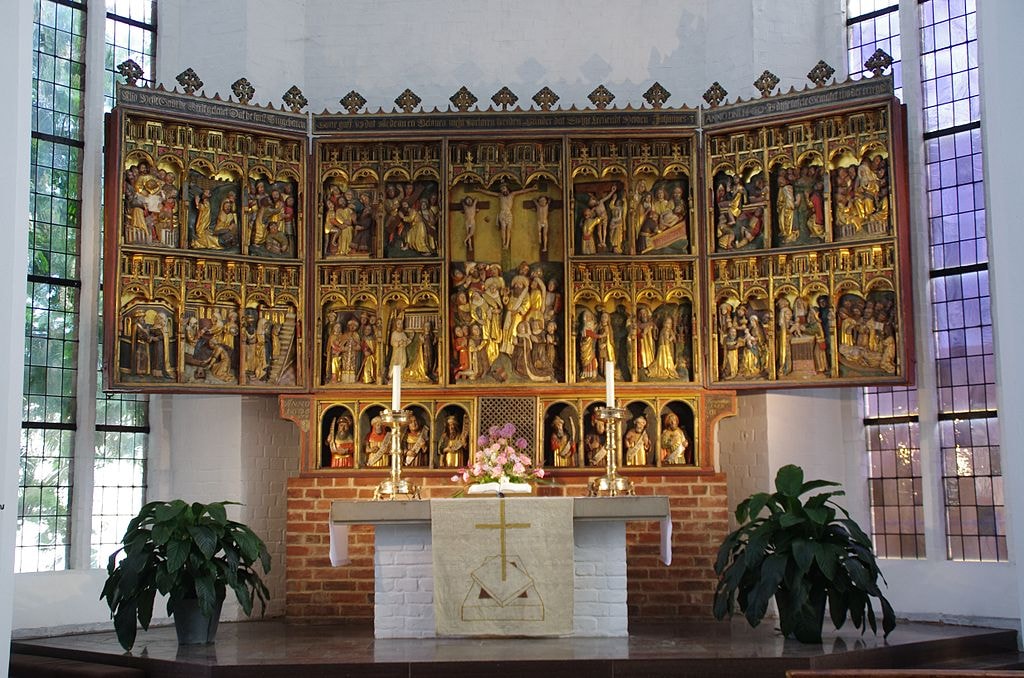 Inside the church I © Clemensfranz / WikiCommons

Beer brewing in Kiel has a 750-year long tradition. Back in the days, small breweries and pubs were at the centre of the enterprising activities in the buzzing harbour town. Kieler Brauerei has brought the tradition back to life and since 1988 has brewed a cloudy craft beer. Guided tours include a tasting of all their home-brewed beers, but should be booked in advance.

Museum
One of the buildings at the museum | © FotoArt-Treu / Pixabay
Approximately 10 kilometres (6.2 miles) south of Kiel’s city centre, the Molfsee Open-Air Museum takes you on a tour around the region through the ages. A landscape of fields, gardens and ponds stretches across 40 hectares and is dotted with dozens of historic houses, farms and mills from the 16th to 19th centuries. The buildings are decked out with authentic furniture and appliances, and some feature live performances of local craftsmen.
More Info
Open In Google Maps
97 Hamburger Landstraße, Rammsee Molfsee, Schleswig-Holstein, 24113, Germany
+494316596622
View menu
Visit website
Visit Facebook page
Send an Email
Give us feedback
Give us feedback