Top 10 Things To Do And See At Kottbusser Tor

Kottbusser Tor is the lively centre of the eastern part of Berlin’s district of Kreuzberg, formerly of West Berlin. It truly is a place that never sleeps and a first-time visitors coming out of the U-Bahn might think they have been magically transported into the middle of Istanbul. There is always something new to find and explore at Kotti.

Exploring the architecture of the 70s and 80s

Kreuzberg was one of the poorer districts of West Berlin. While the whole Berlin was (and to some extent still is) slowly rebuilding after the WWII, the area of SO36 (the old postal code for the eastern part of Kreuzberg) started being renovated in the 1970s and 80s. For fans of modern architecture, Kotti is a very exciting place, where the creativity of the architects and the necessity of affordable social housing clashes. One of the most prominent buildings is Neues Kreuzberger Zentrum, a 1970s housing estate dominating the northern part of the square and towering over Adalbertstrasse. The Interbau Exhibition in 1987 contributed with the motto of ‘careful urban renovation’ and the buildings created as a part of this project are the ‘Wohnregal’ – ‘the living shelf’ at Admiralstrasse 16 and the apartment buildings at Fraenkelufer.

Cinema
Summertime at Kotti offers the calm environment of the Freiluftkino Kreuzberg at Mariannenplatz 2, which is open every year from beginning of May until the end of August. The rest of the year, film lovers can visit Babylon Kino, a small cinema with two screening rooms hidden on Dresdener Strasse 126, which proudly shows movies in original language versions with (or without) German subtitles.
More Info
Open In Google Maps
126 Dresdener Straße, Bezirk Friedrichshain-Kreuzberg Berlin, Berlin, 10999, Germany
+493061609693
View menu
Visit website
Visit Facebook page
Send an Email
Give us feedback

Museum
With its free entrance, this museum is a budget version for culture lovers. While offering a permanent exhibition on the history of Berlin’s districts Friedrichshain and Kreuzberg, the museum also organizes a lot of interesting events, debates and special tours.
More Info
Open In Google Maps
95A Adalbertstraße, Bezirk Friedrichshain-Kreuzberg Berlin, Berlin, 10999, Germany
+493050585233
View menu
Visit website
Visit Facebook page
Send an Email
Give us feedback

Partying at the legendary SO36

Named after the former post code of this part of Kreuzberg, SO36 has been a part of Berlin’s club scene for more than thirty years and is home to Berlin’s punk rock movement. In his Berlin period, David Bowie often visited the club with Iggy Pop. Nowadays, SO36 organizes not only concerts, but also Balkan music parties, roller discos, flea markets and a lot of different sorts of events, while still staying true to its punk origins. 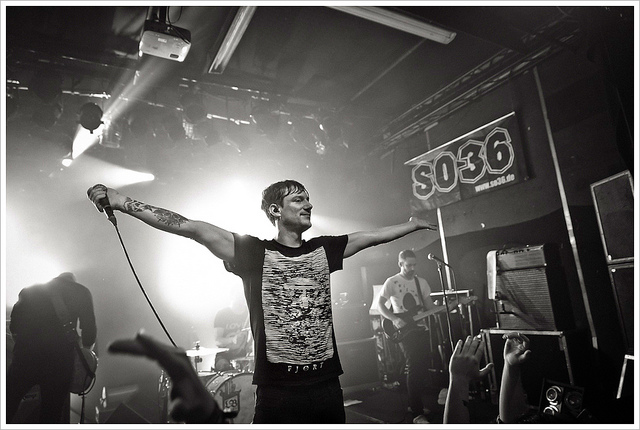 
Stroll by the canal

Walking by the Landwehrkanal, the canal connected to the River Spree is a nice relaxing way to spend a sunny morning or afternoon. Whether you choose to take the Fraenkelufer street, walking past the Admiralbrücke, a popular meeting point and a hangout place for many street musicians, and taking a break at Böcklerpark; or Maybachufer in the other direction, to visit the Turkish market, which takes places every Tuesday and Friday, it’s always a nice way to spend your day off. 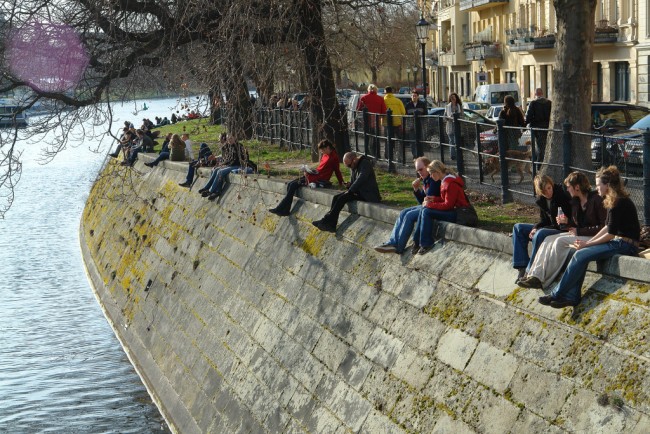 Right outside the northern entrance to the U-Bahnhof Kottbusser Tor, there is a vegetable and a fruit stand selling fresh goods almost 24/7. While some people might hesitate to buy possibly dirty food next to a busy crossroads, it is without doubt a nice representation of the community feeling present at Kotti.

Some of the best shawarma in Berlin

Not that there aren’t any other great shawarmas or döner kebabs in Berlin, but Lebanese restaurant Maroush at Adalbertstrasse 93 is however one of the best the city has to offer. Besides this, they also offer a wide variety of sweets, vegetarian meals such as falafel or halloumi, fresh orange juice and strong black Arabic tea. The downside is that it’s always crowded. But who could be surprised by that?

The mysterious Neues Kreuzberger Zentrum is a true labyrinth, which holds many hidden pubs and bars such as the Paloma Bar and Monarch Bar. Finding them is not easy and usually involves unmarked doors, flights of stairs and long corridors, but isn’t that part of the adventure?

Get Romantic at the 24-hour florist

For a first time visitor of Berlin, this might be one of the most surprising things to experience. A nonstop flower shop. What if there’s a flower emergency at 3 a.m.? You can always visit the florist at Kotti.