The Top 10 Things to See and Do in Wiesbaden, Germany

Marktkirche | © Donnawetta / Pixabay
Wiesbaden, capital city of the German state of Hesse, is one of the oldest spa towns in Europe, blessed with 14 hot springs. Other than rejuvenating wellness options, Wiesbaden is known for its stunning architecture and sprawling parklands. Here, we give you ten tempting reasons to visit this beautiful German city.

The soaring spires of Marktkirche (Market Church) dominates the silhouette of Wiesbaden. This charismatic neo-Gothic brick structure was built in the mid-19th century. The main draws of the church interiors are the beautifully-painted ‘starry sky’ ceiling, the Walcker Organ and the carillon with 49 bronze bells. 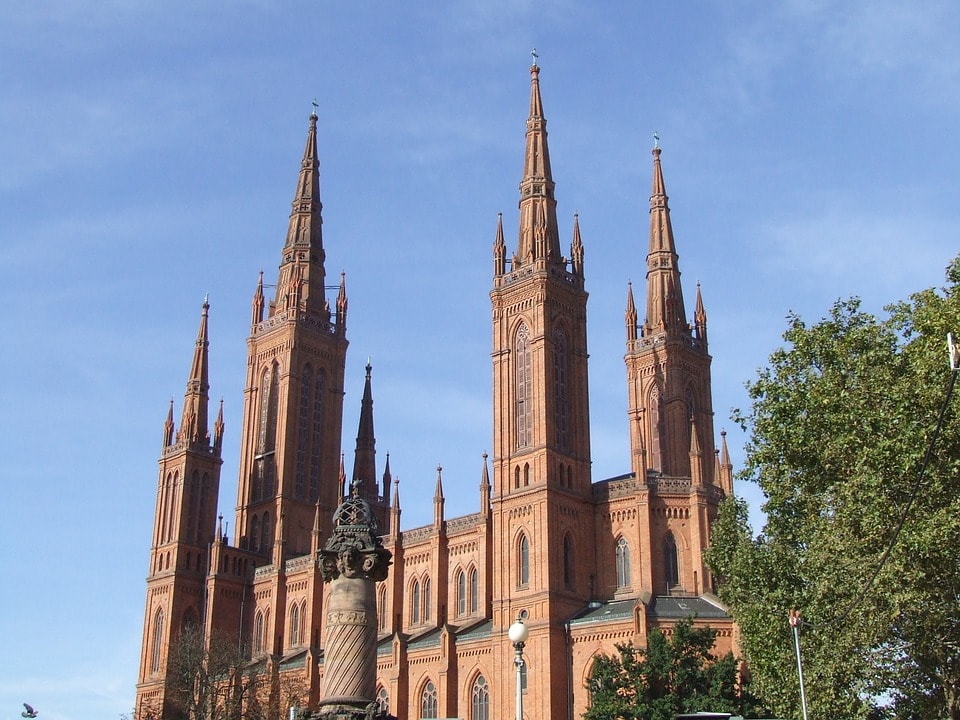 Nerobergbahn is a water-powered funicular railway that takes visitors to the peak of Neroberg, a very popular hill that offers sweeping views of the city, from Nerotal at the foothills. The Nerobergbahn, running since 1888, covers the short distance of 438.5 meters (1,444 feet) in 3.5 minutes. 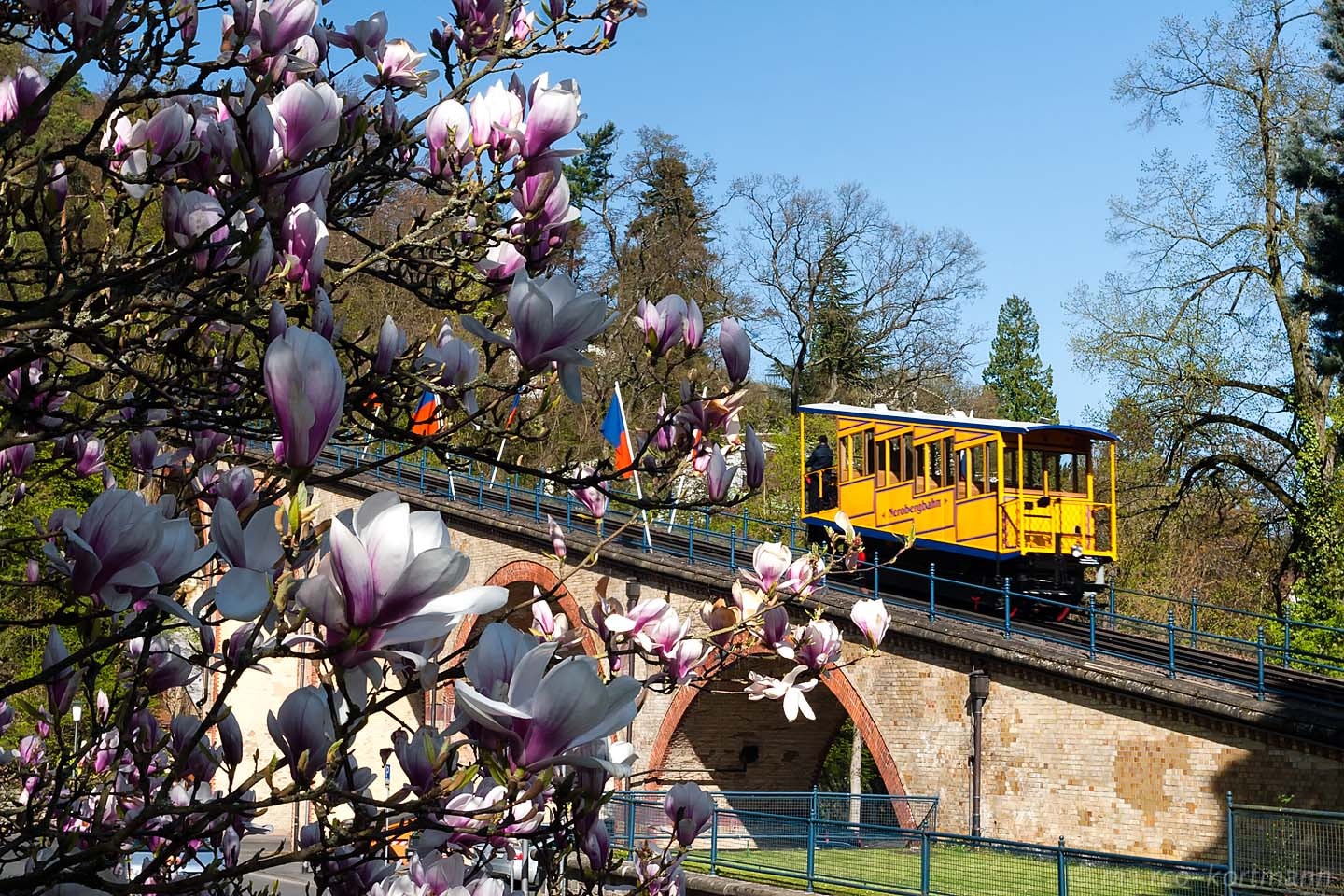 Once at the top, visitors are rewarded with not just lovely views over the city of Wiesbaden from the observation deck, but a host of other activities. There are several hiking trails through the lush greenery, temples, a gorgeous Russian church and cemetery, a rope course and the rejuvenating open-air swimming pool called Opelbad. There is also a restaurant and inviting meadows. 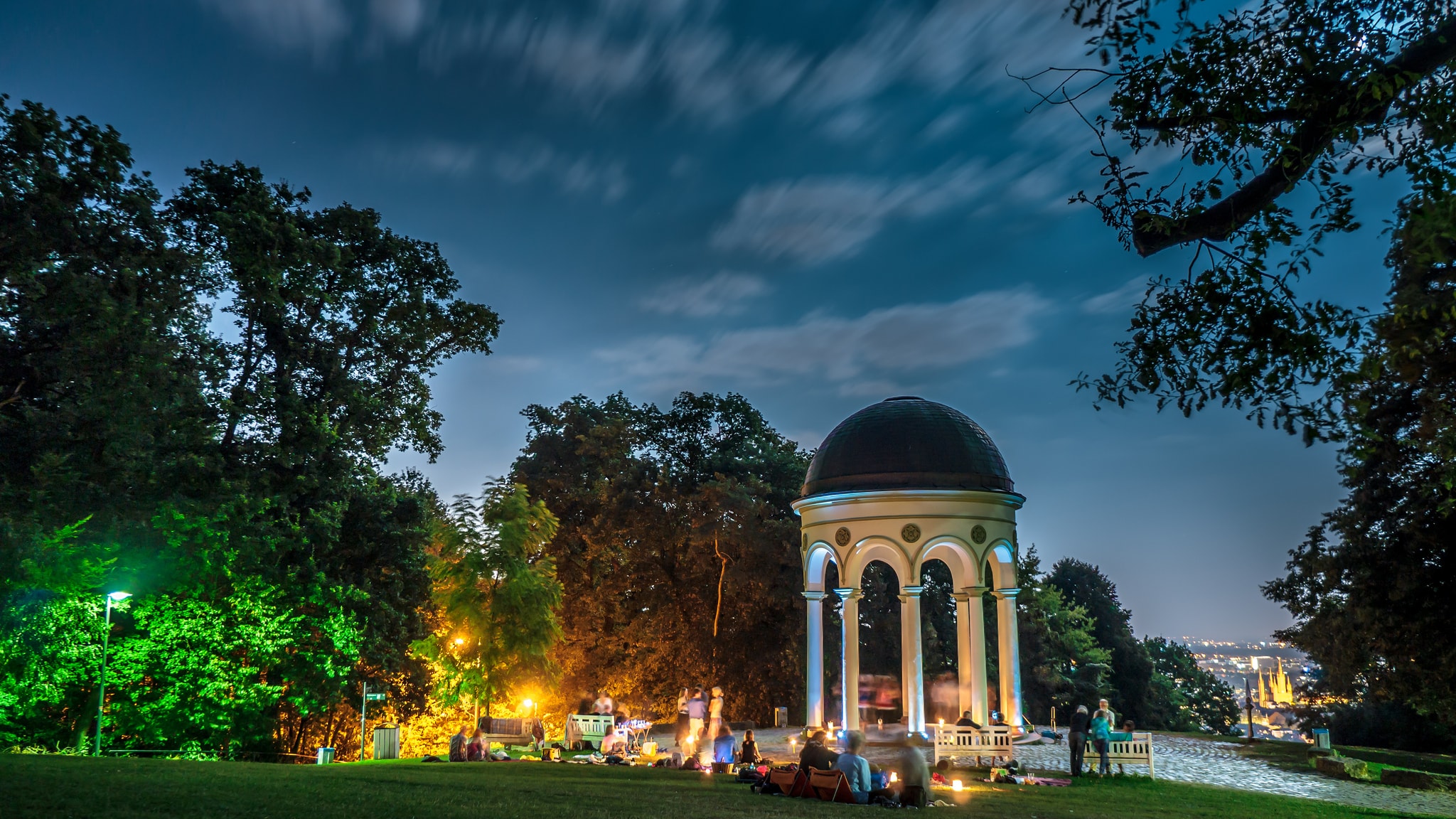 The Kurhaus (Spa House) stands witness to Wiesbaden’s long heritage of spa and wellness. This captivating building exhibits a neo-classical style of architecture with Art Nouveau elements and a Belle Époque façade. It sits on an expanse of immaculately manicured parkland. The Kurhaus hosts concerts, ballets and events on a regular basis throughout the year. It also houses a restaurant and a casino. 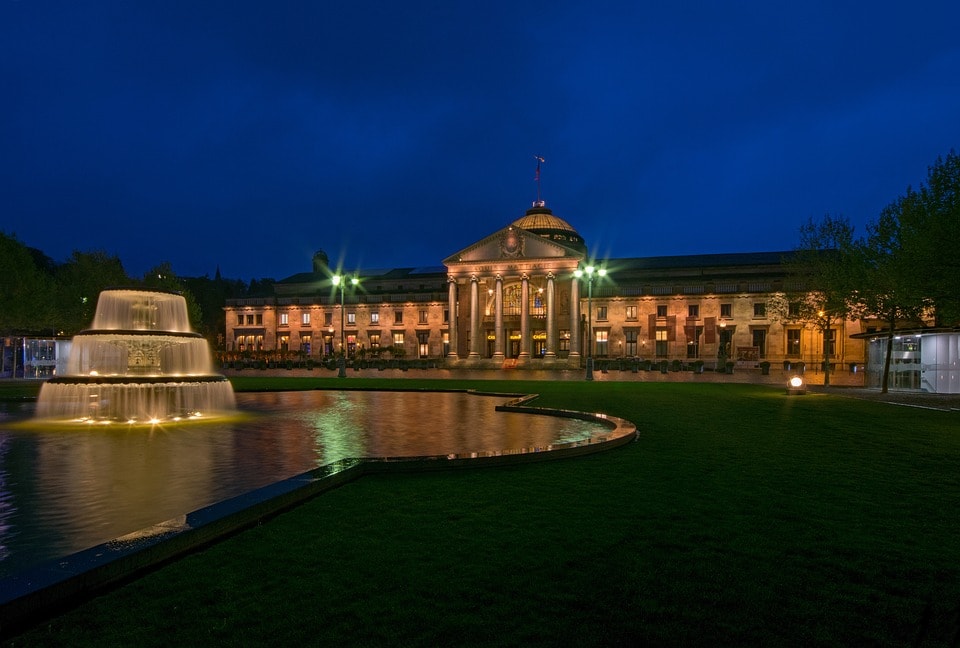 Kochbrunnen is a sodium chloride hot spring, perennially bubbling at a temperature of around 66°C (151°F) and known for its wide range of medicinal properties and health benefits. Most of the water from the Kochbrunnen is channeled to the treatment plant at the Kaiser-Friedrich-Therme, before it is branched out to various locations. 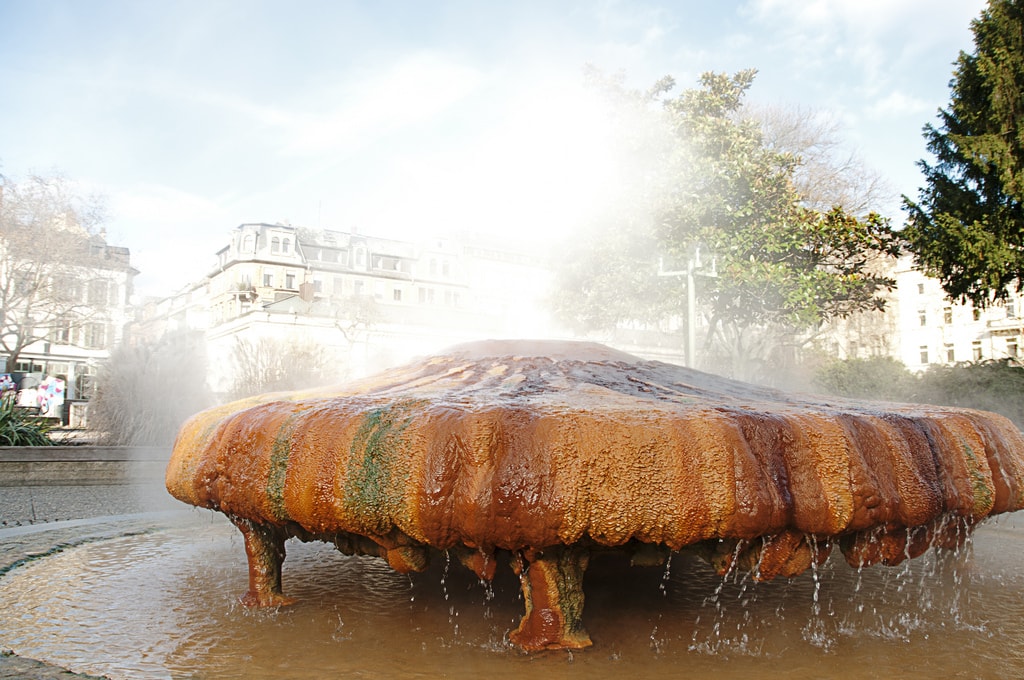 This Russian Orthodox church situated on the Neroberg hill of St. Elizabeth is one of the most spectacular sights in Wiesbaden, especially when its five distinctive golden domes dazzle in the sun. This sandstone structure has an accompanying parsonage and a Russian cemetery, the largest in Europe outside Russia. 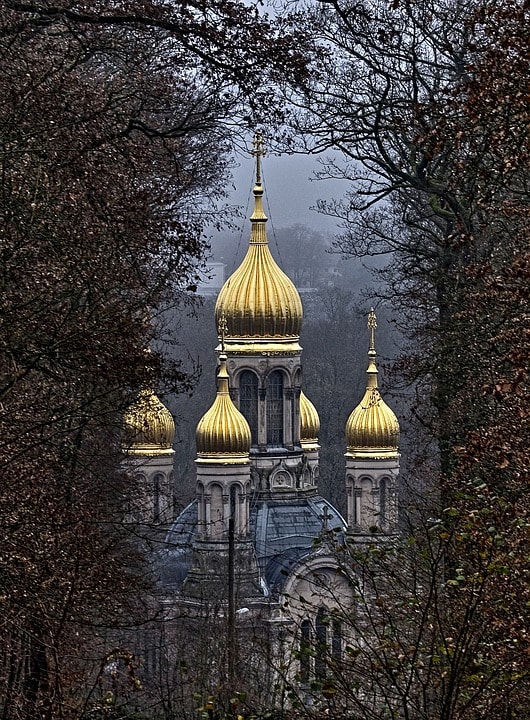 The City Palace is a simple, elegant structure and a fine example of the late classical style of architecture. It served as the residence of Prussian royalty in bygone times and today houses the Hessian House of Parliament. It hosts official banquets, press conferences and meetings and is also the venue for public concerts and events. 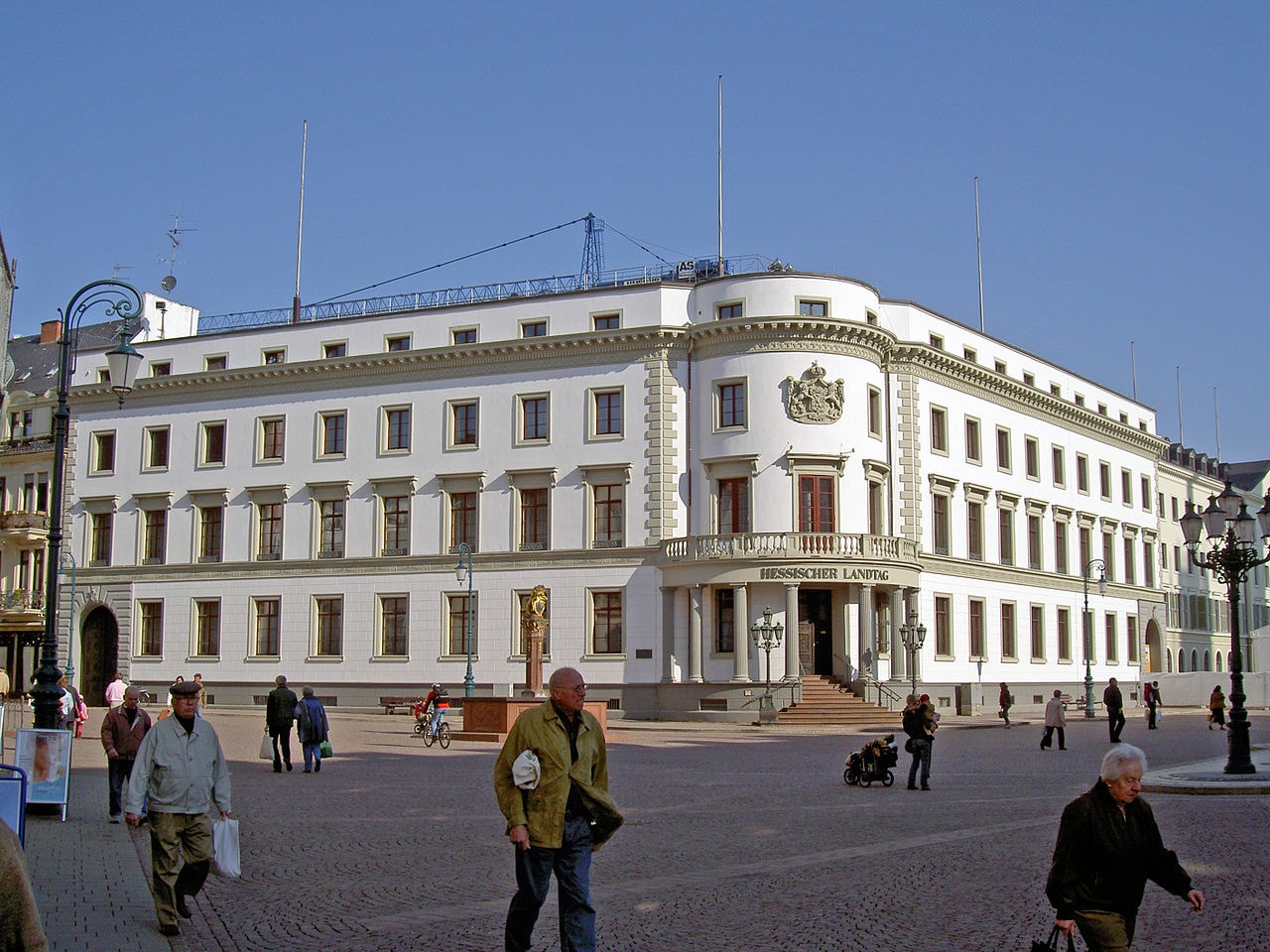 The 20th-century Château de Freudenberg is also known as the Museum of Senses. Here, visitors can experiment and explore with their senses. For example, children can try their hand at candle-making while adults try out friction experiments. Visitors have great fun trying out sniffing games and feeling their way around in the Dark Bar. In the surrounding parks, there are lots of activity stations, a great rustic playground, a climbing wall, a huge magnifying glass and a hiking path. 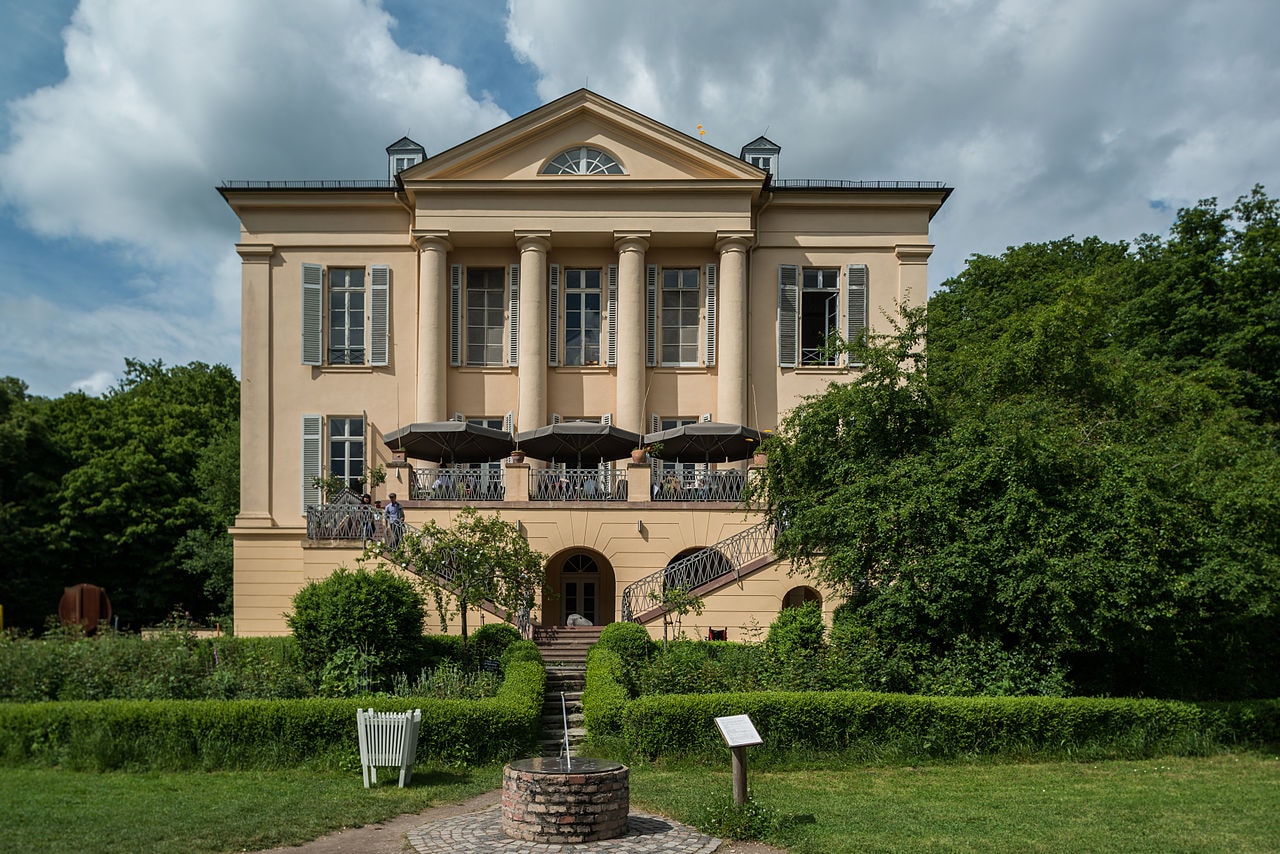 The Biebrich Palace enjoys a picturesque location on the banks of the mighty Rhine, and boasts a beautifully maintained park with walkways and towering trees. This gorgeous three-wing Baroque palace was built in 1702 and served as the residence of the Dukes of Nassau from 1744 to 1866. 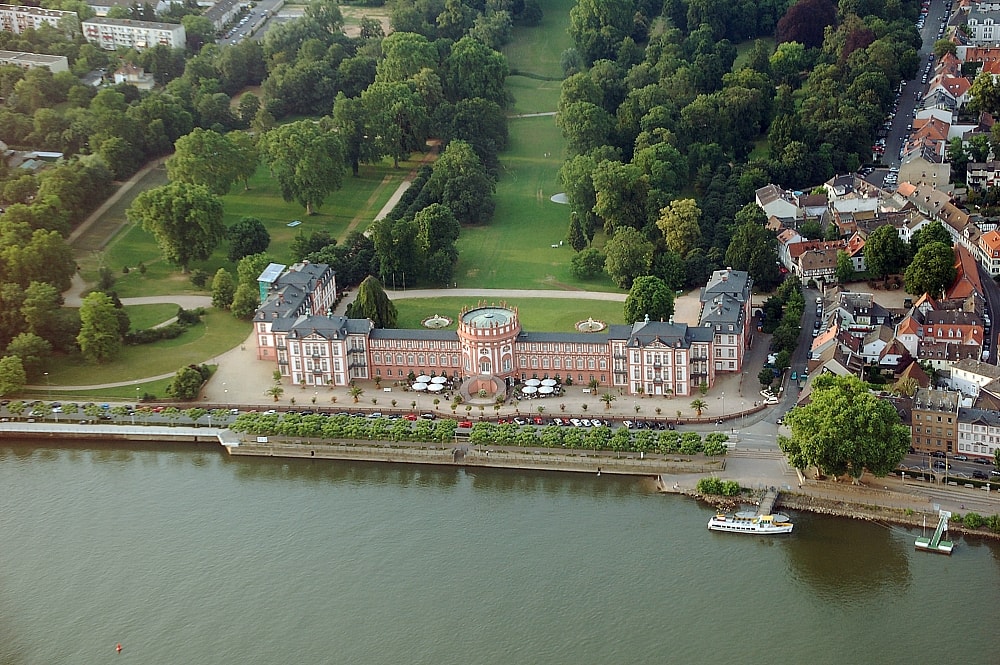 Tier- und Pflanzenpark Fasanerie is a former royal hunting ground transformed into a zoo, petting farm and pheasantry. Here, animals live in an almost natural environment and can be viewed going about their daily lives. The landscape of the park, with hills, fields, thick woodland, lakes and rivers, is a favorite place for locals and tourists to unwind and relax. 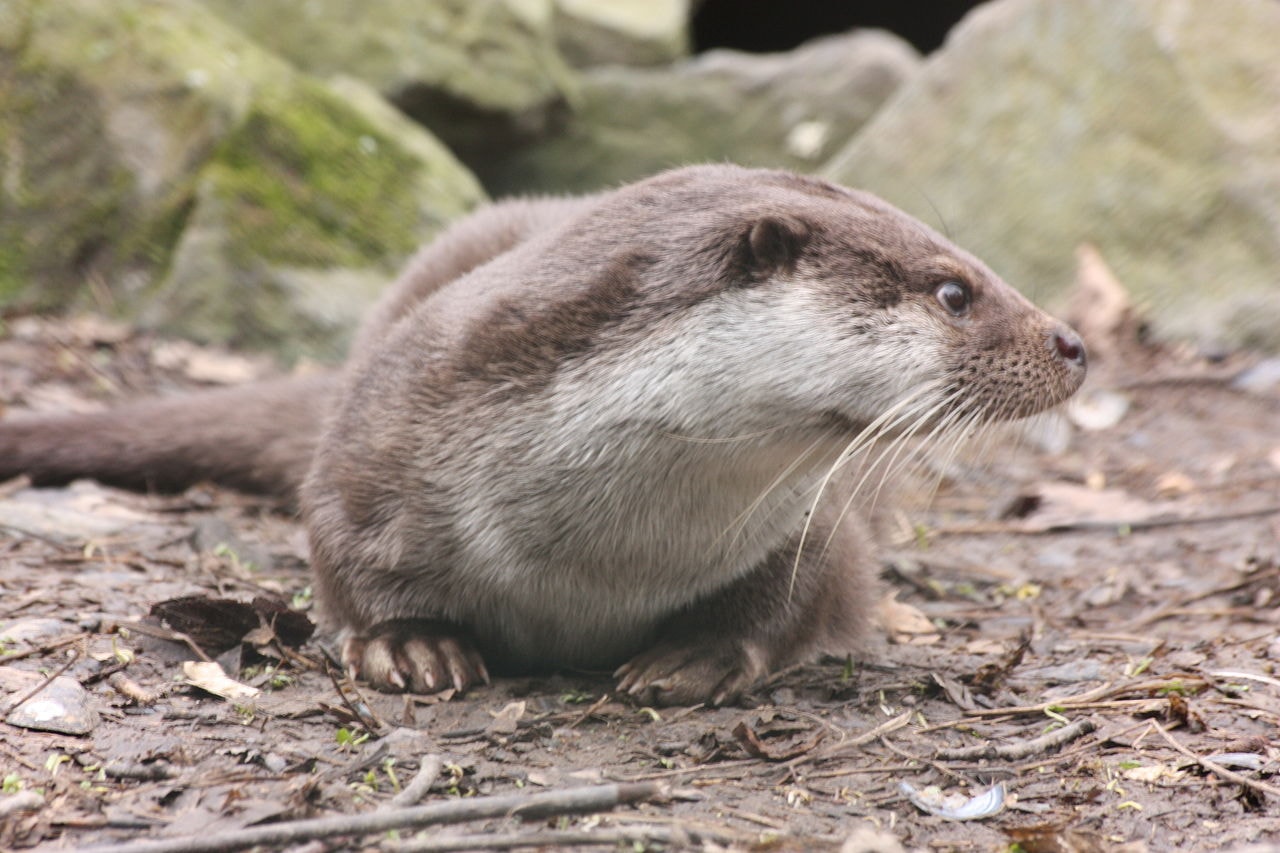