Cunô | © mompl / Flickr
Schlesisches Tor inhabits the eastern part of the bohemian district of Kreuzberg. This impressively designed station first opened in 1902 and got its name from one of the former city gates of Berlin. Explore these top restaurants in the area.
Burgermeister © kaveman743 / Flickr

In German, meister means master, and the title is utterly deserved at this carnivorous utopia. Hamburgers have become synonymous with the American culinary culture as they have been prepared, manipulated, and redesigned in every possible shape and form. But with this establishment, it’s fair to say the Germans have given Americans a run for their money. Even the purest of burger aficionados will queue up for this tiny, meat-happy spot near the bahnhof. What used to be a public toilet — yes, a public toilet — is now the go-to destination for grabbing a quick meal. It is common to see a long line for Burgermeister at any time of day. The fresh and properly made burgers come with many different accoutrements, and the French fries are always piping hot. The unassuming and casual architecture of Burgermeister casts a shadow of humility that so charmingly juxtaposes its burger prowess. 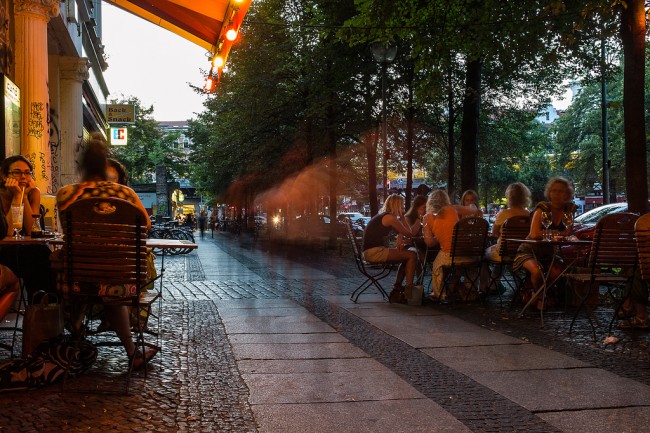 Restaurant, German, European, Asian
It’s no easy feat to pull off a multi-ethnic restaurant. Cunô is a place that undertakes this challenge with much-appreciated prosperity. Both Japanese and Vietnamese items can be found on the menu of this self-effacing joint. The sushi is simple and very affordable and always fresh. The salmon nigiri is a well-known favorite and so is the miso soup. The phở is skillfully executed and a high point on the Vietnamese menu. The interior is dark and charming which makes it perfect for downing copious amounts of Asian treats. This activity is plausible with prices so reasonable. Cunô is only a few meters away from the Ubahn, so its location is ideal when hunger happens on the metro.
Looks like it's closed Hours or services may be impacted due to Covid-19
More Info
Open In Google Maps
5 Schlesische Str. , Berlin, 10997, Germany
+493091534622

Cafe, Restaurant, German, Vegetarian, Vegan
Right around the corner from Burgermeister lies a vegetarian retreat. This place has some significant claim when it comes to the veggie burger, with options like a curry burger with arugula and pesto sauce. These re-imaginings of the burger in accordance with the vegan and vegetarian guidelines are executed masterfully. Rootz cafe is also a quaint place to unwind with a well-made coffee, to take a break in the Xberg with a tofu scramble or a veggie wrap. The comfortable and spacious inside makes it easy to enjoy these homemade creations, like the beet, parsnip, and yam fries. There is no shortage on edible pioneering in this playful vegan oasis.
Looks like it's closed Hours or services may be impacted due to Covid-19
More Info
Open In Google Maps
75 Skalitzer Str. , Berlin, 10997, Germany
+4915208381703
Visit website

Restaurant, German, European, Soup, $$$
Peanut Sauce | © Pascal Cai / Flickr
So many good things in this world have come from the marriage of two seemingly incongruous things. This restaurant is another example of that triumphant execution. Two different culinary cultures collide in this romantic venue: German and French. The French culinary scene is known for its artisanal decadence and the German known for its meat-and-potato heavy straightforwardness. Schlesisch Blau takes on this hybridization enterprise with aplomb. The staff is amicable and the food errs on the posh side while remaining unpretentious. The interior is cozy and dark, perfect for the hearty dishes. The minimalist decor and unassuming exterior let the food be the focal point in this fusion venue.
More Info
Open In Google Maps
1 A Köpenicker Straße, Bezirk Friedrichshain-Kreuzberg Berlin, Berlin, 10997, Germany
+493069814538
Visit website

One of the most harmonious compositions is when quality and price point merge and quality isn’t sacrificed in the process. Nil might get its name from the fact that that’s what it costs to eat here — almost nothing. Reductively speaking, it’s Sudanese döner. Comprehensively speaking, it’s an invitation to explore African flavors in a expedient and accessible way. The most renowned item on the Nil menu is the peanut sauce, which has achieved a level of excellence not many sauces have bragging rights to. Catering to both omnivores and vegetarians, Nil is a culinary journey suited for everyone. 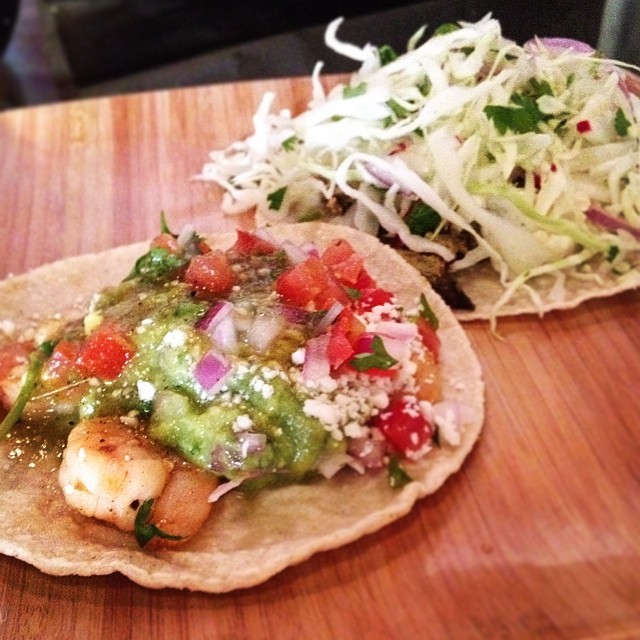 No matter how hard Europeans try, it is so difficult to prepare proper Mexican cuisine. Thankfully, that’s where the transplanting of cultures becomes much appreciated. Ta’Cabrón Taqueria serves exquisitely authentic and much-needed Mexican cuisine in Berlin. The small, polychromatic place acts as a playful backdrop to the vibrant cuisine. There’s no shortage of classics like tamales, enchiladas, and nachos. There’s also a sizable amount of mouthwatering tequilas and cocktails that serve as a perfect date to the sapid entrées. For a spritely evening filled with fresh cuisine, come to this cheerful taqueria to escape and enjoy. 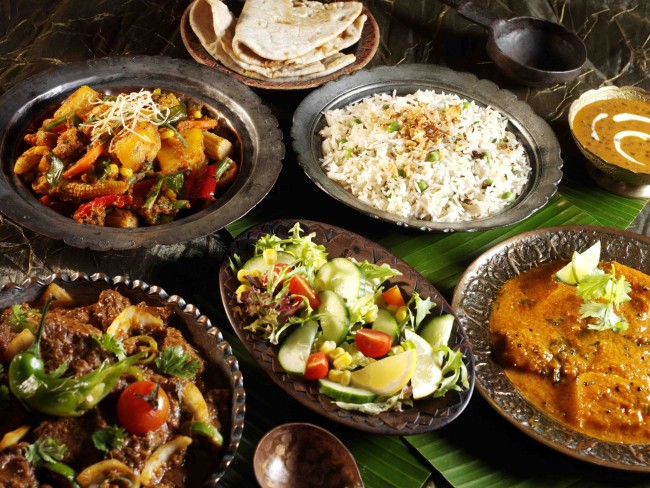 Sadhu is one of the unexpected gems on a street littered with numerous food destinations. Its warmth inside paints an inviting atmosphere for the even-more-inviting authentic Indian food. This place does not disappoint when it comes to selection. It might take a while to make a decision, because the menu is so extensive. Traditional Indian dishes dot the menu in addition to more modern takes. Whatever the level of classification, it is all well-made and genuinely delectable. The happy hour is famous here, as well: endless cheap and fun drinks that can be enjoyed outside as well as inside, weather permitting. The staff is notoriously friendly and happy to make suggestions upon request. 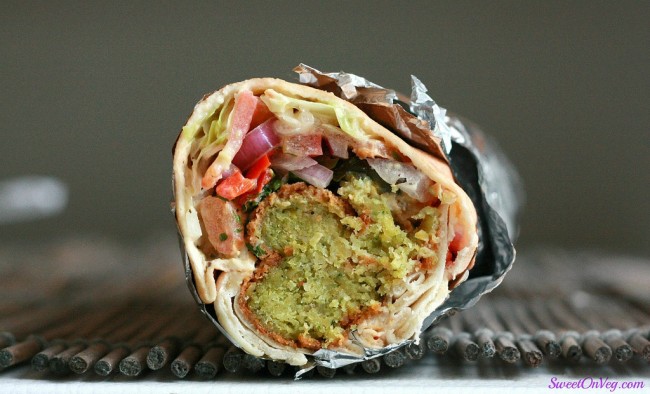 With the laundry list of kebab shops in Berlin, it’s easy to find a falafel spot no matter the location. However that availability isn’t necessarily tantamount to quality. Gudé Falafel has top-notch falafel at unreal prices. The humble yet vivacious inside is emblematic of the cuisine. The fresh and delectable food is served timely on colorful plates with a smile. Though falafel is what draws in the crowds, the other Turkish dishes hold their own as well, such as the durum. The portions are heavy and keep the wallet light. Whether it’s a meal on the go or a casual sit down to bolster the belly before a night of drinking, Gudé Falafel is a good choice. 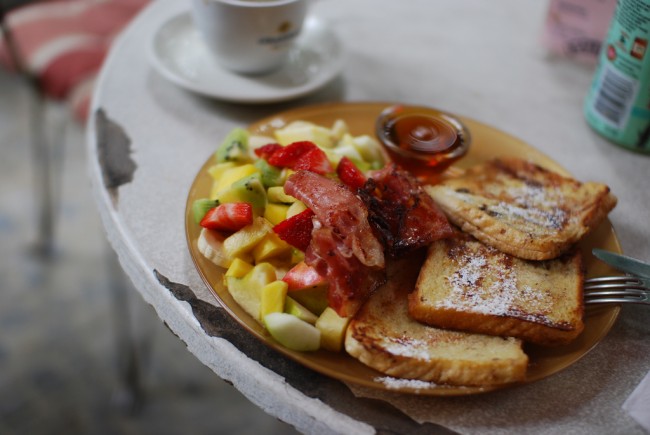 This veteran cafe has served delicious dishes in the burg for some time. Salon Schmück satiates hunger cravings any time of day. It’s best known for its ample and palatable breakfast and its scrumptious lunch. The colorful and charming interior is the perfect setting for a hearty meal. The brunch ranges from European fare to more American, with sizable pancakes. The cold-pressed juices are region-less but cross-culturally appreciated. The food is sourced from organic sources, and the care can be tasted in the cuisine. By night, Salon Schmück changes into her party gear and becomes a relaxed bar with unobtrusive tunes and impressive cocktails.

Restaurant, French, European, Vegetarian, $$$
Richard is one of those restaurants where everything is begging to be captured in a photo, or at least painted. The graceful gastronomy delivers a picturesque composition that is only outdone by its flavor. The small interior is minimal and elegant. This allows all the much deserved attention to be placed on the edible ballet that’s happening on the plate. Richard is a place where you have to pay for the experience, as it ends up being a more decadent meal in taste and in monetary expression. This is a great place to delve into toothsome French cuisine when the budget allows it. The food doesn’t disappoint. A bit of advice: take a moment and look at the careful arrangement on the table before diving in.
More Info
Open In Google Maps
174 Köpenicker Straße, Bezirk Friedrichshain-Kreuzberg Berlin, Berlin, 10997, Germany
+493049207242
Visit website