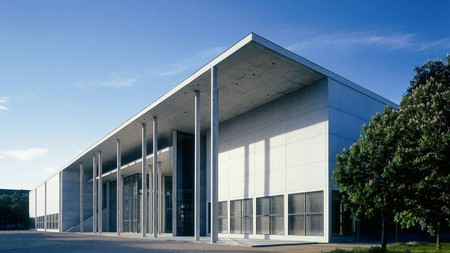 The Pinakothek der Moderne houses one of the largest collections of 20th and 21st Century art, architecture and design in the world. The building – constructed in 2002 by Stephan Braunfels – is a piece of art in itself. It has four corners that are connected by an amazing glass rotunda in the middle that is already worth the visit. Culture Trip highlight ten works in the collection not-to-miss.

The German Expressionist painter Ernst Ludwig Kirchner (1880 – 1938) reinterprets the French artist George Seurat’s The Circus in his representation of the conflict between everyday life and the German bourgeoise. His composition of a circus performer mid adventurous horseback act, choice of colors and harsh almost aggressive brushstrokes in Circus reflect upon his contempt for bourgeois life.

Franz Marc (1880 – 1916) is best known for his colourful animal paintings. He was part of the Blaue Reiter group, and one of the most crucial figures of the German Expressionist movement. In The Mandrill, he creates a mosaic of different shapes and colours that subtly hint towards the shape of a monkey. After World War I broke out, Marc was called up to fight, but then in 1916, the authorities wanted to protect artists and remove them from the front line. Sadly, Marc was killed before these rules came into place. 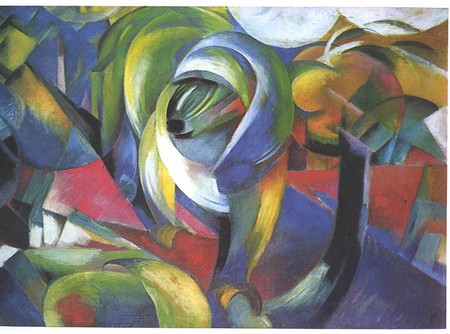 Before painting this piece, Max Ernst (1891-1976) made a collage by sticking random objects on a piece of paper. The absurd juxtaposition of the various objects is supposed to be meaningless; however it does reflect the subconscious and a different dimension to life. The pastel colours used create a sense of calm amongst the surprising and odd placement of all objects present.

Cubism became one of the strongest trends after WWI. Paul Klee (1879-1940) painted Vollmond a year after the war ended. The title translates as ‘full moon’, after the bold yellow circle that shines on the top part of the painting. Klee’s abstract style was a way to distance oneself from the events and experiences of the war.

Oskar Schlemmer (1888-1943) focused on the precision of dance rather than the full flow of motion in Dancer. The sharp lines created by the artist represent the stage, but also frame the dancer, directing viewer’s eye-line. Indirectly, Schlemmer was able to create an enchanting form of movement. 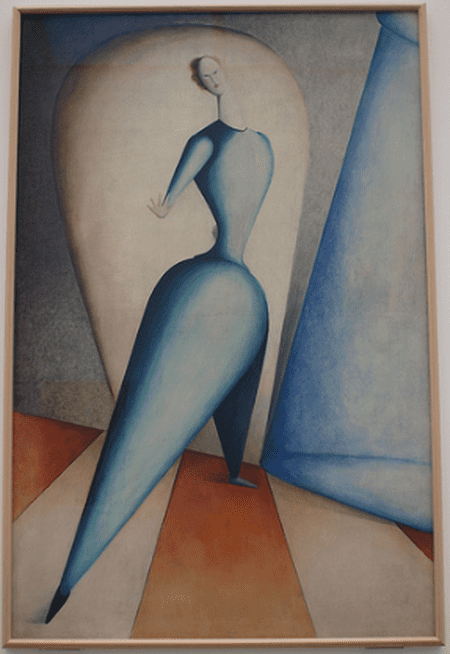 If the odd shapes and red strokes have a meaning in this painting, it is an unanswered question. Joan Miró (1893-1983) was known for his abstract and dreamlike paintings. Created in Miró’s Surrealism period, the light blue background could symbolise the sky but it’s unclear what the red and black objects on top symbolise.

If not from the title than from all the inscriptions on the painting, it is clear that this piece is about Dali’s mother. Salvador Dalí (1904-1989) is best known for his bizarre compositions that make up his surrealist paintings – this piece is no exception. Amongst all the madness, a face can be seen on the bottom left. This could represent the artist himself feeling the burden shown by the misshaped body that comes out of the head. 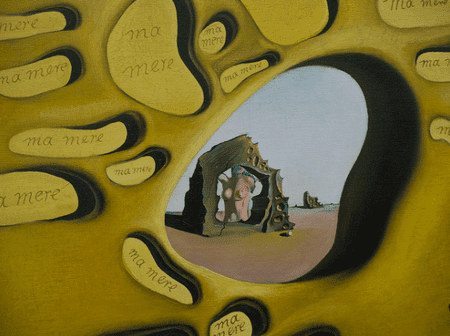 This painting was made by artist Max Beckmann (1884-1950) while he was in exile in The Netherlands. His hand placement in the painting symbolise a sense of protection and the black suit represents the disguise he was under at the time. Additionally, his face hardly shows any expression, which makes it come across as a sort of mask. If this painting could have any other name, it would be called ‘the man in disguise’. 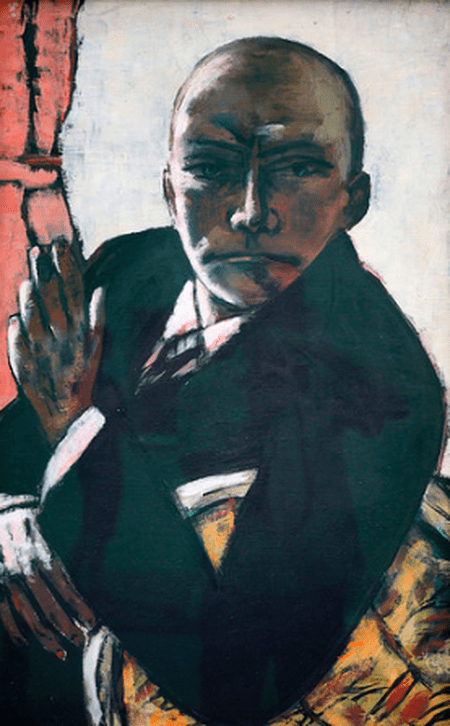 What would a museum of contemporary art be without Andy Warhol (1928-1987)? The piece is one of over 70 versions of his self-portraits that vary in size and colour. The portrait conveys a sense of melancholia due to the washed out image. However, the most striking aspect of this self-portrait are the colours. 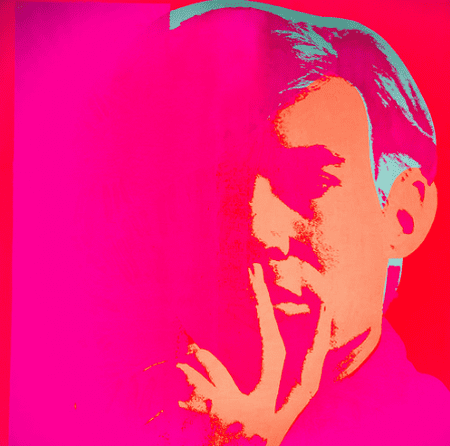 This fantastic sculpture by Eduardo Chillida (1924-2002) stands outside the museum building. The three brass statues almost reach eight metres in height. The empty space and big statues create a new form of space and composition. The artist compared his sculpture to music when there are moments of silence amongst the notes. Make sure to visit this piece before or after your visit to the museum. 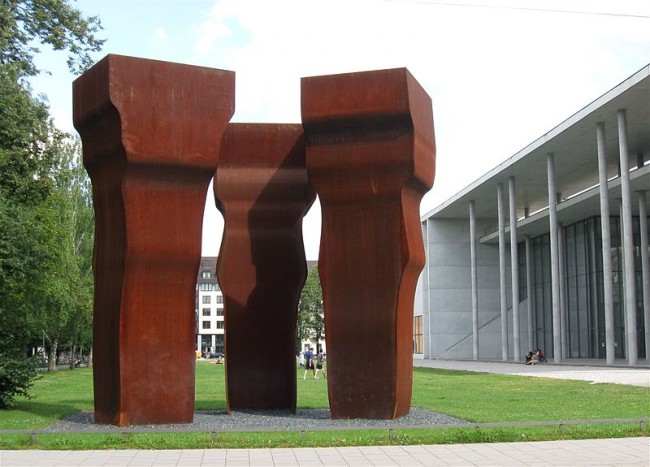