Top 10 German Artists who Exhibited at the Venice Biennale

The Venice Biennale, an influential art exhibition held every two years in Venice, has displayed work by some of the world’s most famous artists for over 100 years. Both established and up-and-coming entrants are chosen to represent their countries, and the exposure and prestige of the event has propelled many of them to legendary status. We profile ten prominent German artists who have exhibited at the Venice Biennale. 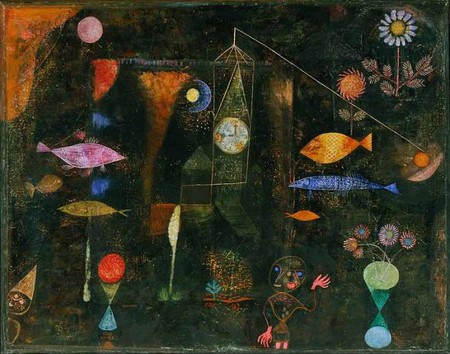 Swiss-born painter and watercolorist Paul Klee (1879-1940) defies categorization. Influenced by cubism, expressionism, and surrealism, his vivid works are alternatively fantastical, childlike, and conceptual. Klee was intensely interested in color theory and wrote on the subject extensively over the course of his artistic career. He was also an avid musician, an interest that is often reflected in his work. Klee taught at the influential Bauhaus school of art, design, and architecture during the interwar period. He has been the subject of multiple large-scale retrospectives, and his art can be viewed at major institutions around the world. Klee’s works were displayed posthumously at the 1954 Venice Biennale. 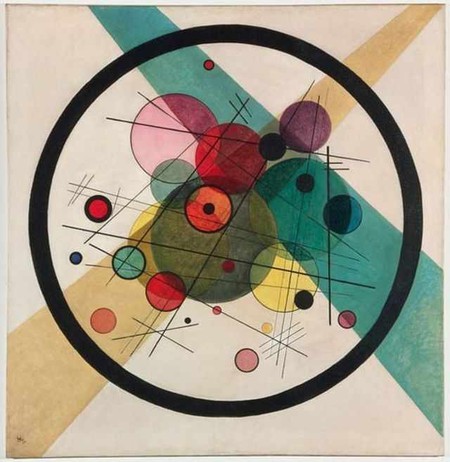 ‘Circles in a Circle’ (1923) by Wassily Kandinsky | WikiCommons

Widely regarded as the pioneering figure in abstract art, and credited with creating the first purely abstract painting, Wassily Kandinsky (1866-1944) was one of the most influential artists of the 20th century. As his artistic practice developed, Kandinsky gradually eliminated the representational elements of his paintings, exploring the evocative effects of undiluted color and form. Kandinsky regarded painting as a deeply spiritual, transcendent activity that expressed the inner essence of the artist. Like Klee, he was highly musical and also taught at the Bauhaus school. His work had an immense impact on many major art movements, particularly abstract expressionism. The Venice Biennale exhibited Kandinsky’s work in 1958, 14 years after the artist’s death. 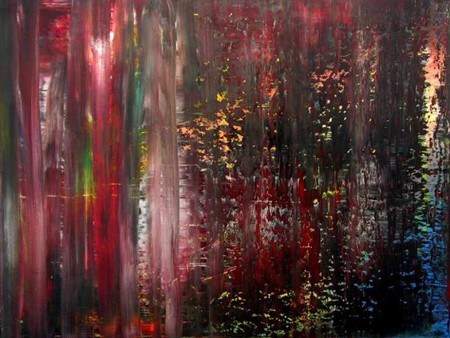 Gerhard Richter’s (1932- ) artistic career spans over six decades and includes photorealistic and abstract paintings, photography, and glass pieces. His work, though influenced by various leading art movements of the late 20th century, including abstract expressionism and pop art, refuses to adhere to any single style. It often responds to difficult and controversial events of the period through a plethora of different techniques and mediums, examining truth and objectivity (or lack thereof) in art. He exhibited work at several Venice Biennales, where he also won the Leone d’Oro for best artist of the international exhibition in 1997. 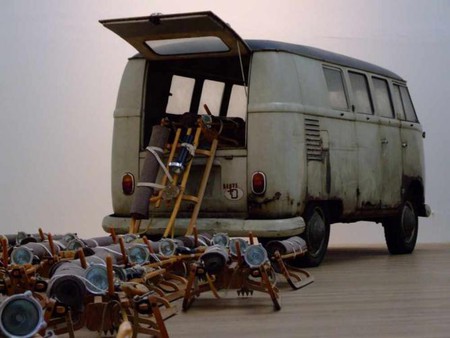 Performance, happening, and installation artist Joseph Beuys (1921-1986) is closely associated with the fluxus movement of the 1960s, a network of ‘intermedia’ artists who produced anarchic, experimental, and satirical works and performances. He was also a political activist and created works that explored humanistic concerns, often incorporating animal imagery and unusual materials like animal fat and felt. Best known for his 1965 performance piece ‘How to Explain Pictures to a Dead Hare,’ Beuys had a huge influence on art’s relationship with social issues and on performance art in general. A retrospective of his work was held at the Guggenheim Museum in New York City in 1979. 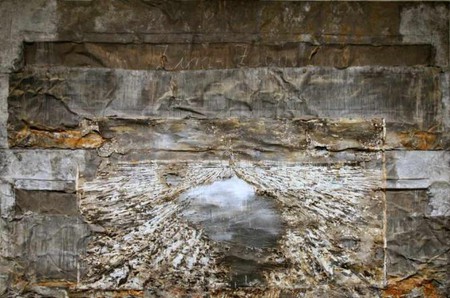 Painter and sculptor Anselm Kiefer (1945- ) represented Germany at the 1980 Venice Biennale. His works are rich in both content and composition, exploring history and myth through thick impasto brushwork, mixing paint with straw, ash, dried vegetation, and other organic materials to create sumptuous texture. Kiefer unflinchingly examines Germany’s Nazi history and other taboo subjects in his monumental paintings and sculptures, which were recently exhibited at the Royal Academy of Arts in London as part of a major survey of Kiefer’s work. Solo exhibitions and retrospectives have also been held at the Art Institute of Chicago, the Metropolitan Museum of Art, and the Guggenheim Museum Bilbao. 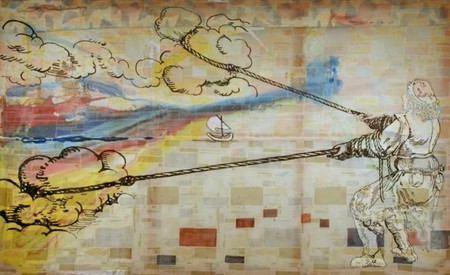 Recently the focus of a major retrospective at London’s Tate Modern, Sigmar Polke (1941-2010) was a prolific painter and photographer who experimented with various styles, materials, and subjects during the final decades of the 20th century. Like an avant-garde pop artist (though Polke resisted the label, even founding his own alternative movement called capitalist realism), Polke’s work responded to consumer culture and iconography. Arsenic, meteor dust, lavender oil, and snail mucus were just a few of the unconventional materials that Polke often included in his paintings. With a style prone to abrupt changes of focus and method, Polke was an unpredictable wild card who delighted and baffled critics and viewers. He exhibited for Germany at the 1986 Venice Biennale, where he won the Leone d’Oro for Lifetime Achievement. 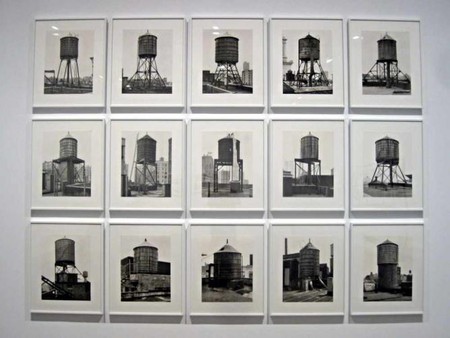 Bernhard ‘Bernd’ Becher (1931-2007) and Hilla Becher (1934- ) were married German photographers and conceptual artists who worked together as a collaborative duo until Bernd’s death in 2007. Their stark photographs of industrial German buildings, organized into series and displayed in grids, immortalized the architecture and mood of a country undergoing great changes in the postwar period. The Bechers’ work had a huge influence on documentary photography, minimalism, and conceptual art. Retrospectives have been held at the Pompidou Centre and the Museum of Modern Art, and the couple has received a Leone d’Oro for Lifetime Achievement, an Erasmus award, and a Hasselblad award. 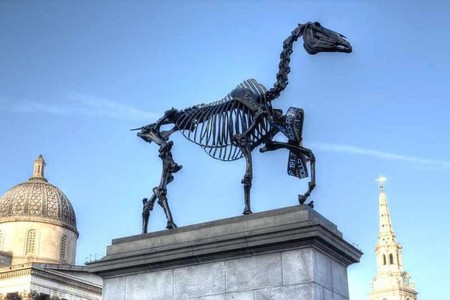 Hans Haacke (1936- ) is a conceptual artist and painter known for his minimalist sculptures. Institutional critique has always been central to Haacke’s work, which questions dominant establishments and museums and subverts the very art world of which he is a part. As part of his 1993 exhibition at the Venice Biennale, Haacke smashed the marble floors—which had been painstakingly designed and installed on Hitler’s orders—to bits in an aggressive severance of the institution’s ties to Nazi politics. His works often incorporate closed biological systems and environmentally-determined elements. Recently, Haacke was selected to display work on London’s Fourth Plinth in Trafalgar Square, an important recognition of his continuing influence and prominence in the contemporary art world. 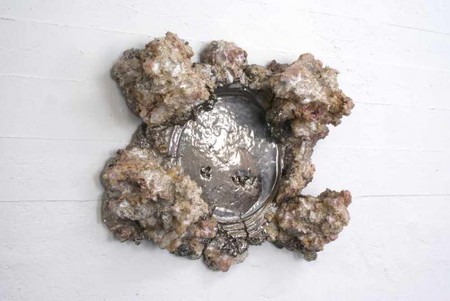 Rosemarie Trockel’s (1952- ) varied and unique works are difficult to ascribe to any particular style or movement, but they often explore similar themes of femininity and identity, fine art versus craftsmanship, and the role of the artist. She is best known for her ‘knitting pictures,’ machine-crafted works made from wool, and for her later video pieces. Her art has been exhibited at major galleries across Europe and North America, including the Whitechapel Art Gallery, the Pompidou Centre, and the Serpentine Gallery. Trockel was the first woman to exhibit for Germany at the Venice Biennale in 1999 and is today recognized as one of the most influential and noteworthy female artists in the contemporary art world. 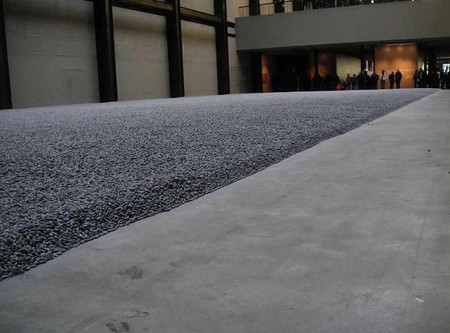 Chinese-born contemporary artist and activist Ai Weiwei (1957- ) is notorious both for his challenging conceptual sculptures, photographs, and installations and for his outspoken criticism of the Chinese government, which has led to various forms of repression and even imprisonment in that country. His critically acclaimed 2010 installation at London’s Tate Modern filled the famous Turbine Hall with 100 million individually crafted porcelain sunflower seeds, exploring themes of consumerism, globalization, and the downtrodden Chinese public. Though not German, Weiwei exhibited work at the German Pavilion during the 2013 Venice Biennale. Over the past ten years his reputation has skyrocketed, and he continues to rise in prominence in artistic circles and as a political activist.