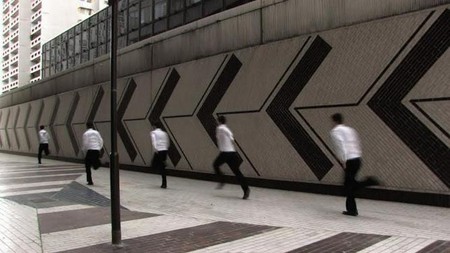 These promising artists all share a common desire to eschew old ideologies and boundaries, often working across multiple mediums in order to question not only the role of the artist in the creation of a work, but how larger social and political issues are implicated in our perception.

Working exclusively in the medium of photography, Annette Kelm’s art embodies the German concept of unheimlich (meaning uncanny, though it literally translates as ‘un-home-like’). This is because while her photographs draw us in with their clarity of detail and their resemblance to the classic genres of the still life or the portrait, the objects within them have been displaced from their cultural or temporal context, confounding our expectations and reminding us that there is no such thing as an ‘objective’ image. Kelm won the Art Cologne Award for Young Art early in her career, and has continued to flourish in a large number of group and solo exhibitions. As Frieze art critic Kirsty Bell points out, ‘in Kelm’s hands, photography is not just a documentary tool, but an active, agitating, productive force’. 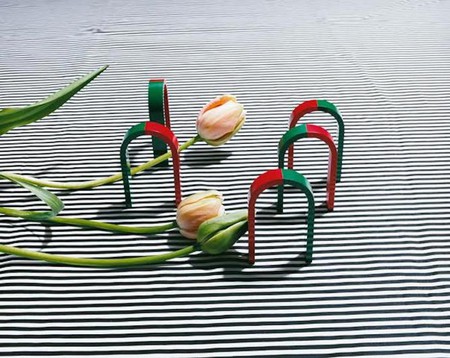 Alicja Kwade draws upon a wide array of materials and media to create her minimalist art, often taking everyday objects out of their usual context and creating a parallel universe where the physical world has been reconfigured. Her works play with the perception and imagination of the viewer, forcing us to rethink our way of looking at reality and challenging the conventional modes that limit our vision. Born in Poland in 1979, she moved to Berlin at a young age and studied at the renowned University of the Arts (UdK). 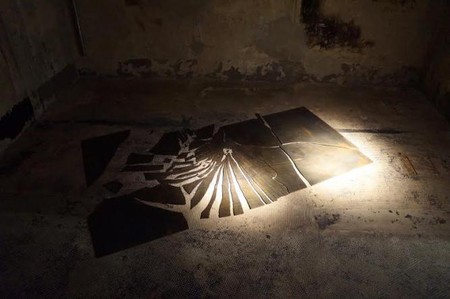 Born in Stuttgart in 1972, Andrea Büttner works across a multitude of disciplines in the belief that the labor and conceptual dimension of artistic practice are not mutually exclusive. Her diverse work draws upon her background in philosophy and art history in order to investigate themes like poverty and shame, the latter of which served as the subject of her PhD at the Royal College of Art in London. Winner of the 2010 Max Mara Prize for Women, the artist consistently aims to investigate the nature of our relationship to art and how the artist is implicated in the construction of the artwork, never settling for simple answers but digging into the messy tangle of its complications. 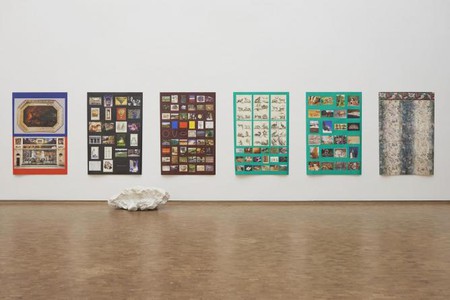 German artist Christian Mayer, born in 1976, works in a multitude of mediums – sculpture, photography, film and installation – constantly questioning the temporal frameworks of objects and artworks, exploring the implications of their displacement into times not their own. The artist forces a reflection on not only memory and history, but what potential can be found in bringing the past into a new encounter with the present. Educated at the Academies of Fine Arts of both Saarbrücken and Vienna as well as the Glasgow School of Art, he won the prestigious Kardinal-König Art Prize in 2011. He now lives and works in Vienna. 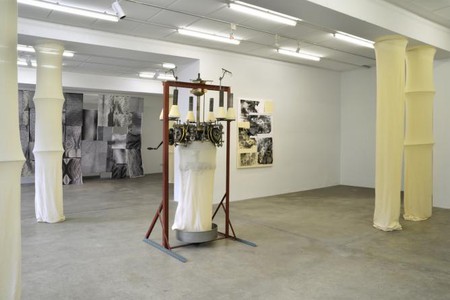 Working primarily with film and video, Berlin-based artist Clemens von Wedemeyer utilizes the medium to investigate the relationship between truth and storytelling, questioning the construction of history and the implications of doing so. Employing loops and multiple screens, the artist is able to ‘rewrite’ history through a displacement, reversal, or multiplication of temporal orders. Born in 1974 in Göttingen, Wedemeyer studied at the well-known Academy of Visual Arts in Leipzig and has gone on to earn a number of awards throughout Europe. His three-channel film Muster was commissioned for the last dOCUMENTA and his work has been seen in solo exhibitions worldwide.

Born in Berlin in 1980, painter Florian Meisenberg studied with Peter Doig at the celebrated Kunstakademie Düsseldorf before moving to New York, where he now works and lives. His work investigates the status of painting today with a strong sense of self-reflexive levity, often bringing together the physicality of the artistic gesture, in drips and stains, with the images of the virtual, dematerialized world in which we live. Meisenberg has won a number awards such as the Kunstpreis Junger Westen and the Audi Art Award and can be seen in collections around Germany, including the Boros Collection in Berlin and the Stadtsparkasse Collection at the Kunstpalast Museum in Düsseldorf. 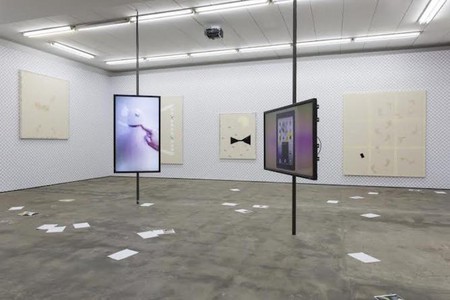 While her sculptures evoke some of the classic forms of modernist art – constructivism, suprematism, minimalism – Berlin-based artist Katja Strunz is more interested in the Nachzeit (aftertime) of such a legacy, one in which the traces of decay and collapse are highlighted rather than hidden. Working with a wide range of materials, from steel to paper, she investigates the folding and collapsing of time and space in varying scales. Recently showing at the Berlinische Galerie as the 2013 winner of the Vattenfall Contemporary, Strunz’s work has been seen in solo and group exhibitions around the world, and has entered prestigious museum collections such as the Centre Pompidou in Paris. 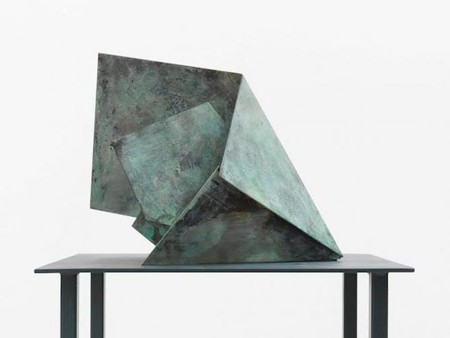 Born in Heidelberg in 1976, artist Kitty Kraus moved to Berlin for her studies, first attending Humboldt University and then the University of the Arts (UdK). The winner of the Blauorange Art Prize in 2008, Kraus works within a minimalist framework to create her sculptures and installations, configuring fragile or ephemeral materials like glass, fabric, light bulbs, mirrors and ink in such a way that both draws upon the sturdiness of art historical references while at the same time introducing a sense of danger and frailty into the undertaking.

While the beautiful landscapes found in Niklas Goldbach’s video works might at first call to mind a Caspar David Friedrich painting, a closer look evokes a much more unsettling and dystopian universe, devoid of any 19th century romanticism. Populated by what the artist calls ‘placeholders,’ computer-duplicated clones in generic urban white shirts and black trousers, Goldbach’s films challenge both the notion of the heroic individual and the problematic group thinking of the contemporary corporate world. Born in Witten and now living and working in Berlin, Goldbach has received a number of scholarships including a Fulbright Grant and a residency at the Palais de Tokyo in Paris and has shown in a number of solo shows and group exhibitions around the world. 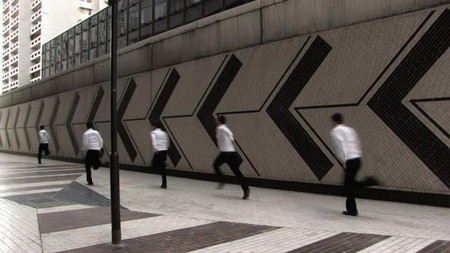 The Bavarian-born artist Michael Sailstorfer draws upon the materials of everyday life to create his sculptural installations, stripping them of their usual identity and placing them into altered contexts that often divert their functions to thought-provoking new ends. The artist also investigates the notion of space in relation to the public, often shifting the scale to force the viewer to reconsider his or her own position in relationship to the work, for example, quite notoriously filling an entire room in the Boros Collection bunker with popcorn. Born in 1979, Sailstorfer studied at the Academy of Fine Arts in Munich and at Goldsmiths College in London and his work can be found in a number of collections, including the Sammlung Boros in Berlin, where he now lives and works. 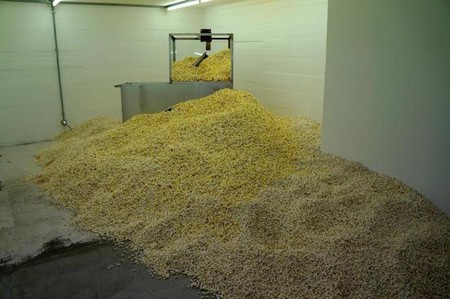