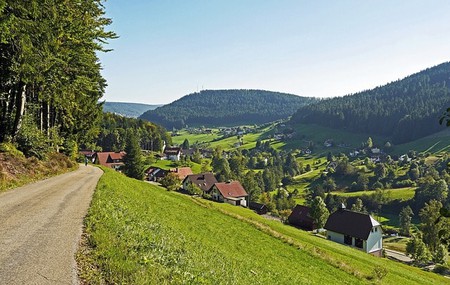 When you think of culinary hotspots, you might consider Paris, Rome or New York to be the world’s best locations for food.

But if you want to get the very best of what the food world offers, you should head to the quiet south-west German town of Baiersbronn, in the Black Forest. 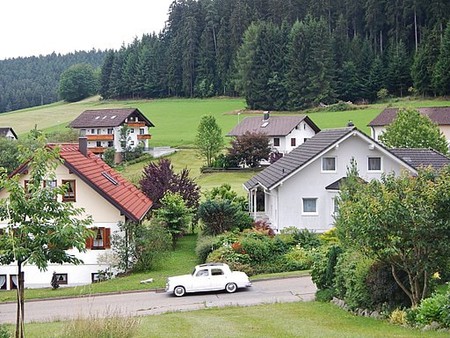 The town has created a culinary tradition because it had to. Isolated and plagued with poor soil, the local residents learned to be resourceful. They invented chipboard to use the parts of trees that couldn’t be made into planks, and when the package holiday industry threatened their tourist industry, they turned their hands to culinary to ensure survival.

Hard work is embedded in the tapestry of Baiersbronn – its motto is ‘schaffe, schaffe, Häusle baue‘ (‘work, work, build your little house’) – which translates to unfussy food that looks like what it is. And what it is is delicious and accomplished.

Claus-Peter Lumpp, a chef who helped Hotel Bareiss to win its third star, says: ‘The food must look, smell and taste like what it is.’

There are multiple restaurants with Michelin stars, and friendly competition between them keeps the local chefs sharp. There are two three-star establishments at the neighbouring hotels Bareiss and Traube Tonbach, and yet another two-star place at Romantik Hotel Sackmann.

The town has eight stars in total – extraordinary when you consider that the entire population is only around 14,600. If it were a country, it would rank as 12th in the world.

Collaboration is woven into the fabric of the town’s gastronomic tradition. Between them, the chefs have embedded food into the life of the townspeople, such as creating a new school curriculum that replaces traditional courses with the culinary arts. The company’s flat hierarchies encourages talent to stay local, as they know they’ll be treated fairly at the restaurants.

Some talent has inevitably moved on, and Baiersbronners brag that top restaurants globally have chefs which have passed through the town’s unique system. Baiersbronn alumni have been awarded 82 stars collectively. It seems to be hard to recreate the trifecta of hard work, history and harsh soil elsewhere.