This Incredible Artwork is Made Entirely From Banned Books 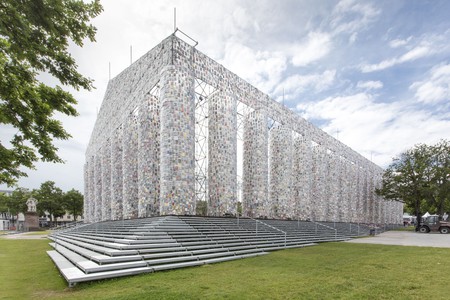 Marta Minujín’s monumental installation The Parthenon of Books is one of the highlights of this year’s Documenta in Kassel, Germany.

The 74-year-old conceptual artist Marta Minujín has recreated her seminal installation – initially constructed in Buenos Aires in 1983 – with thousands of banned books that have been donated by the public. 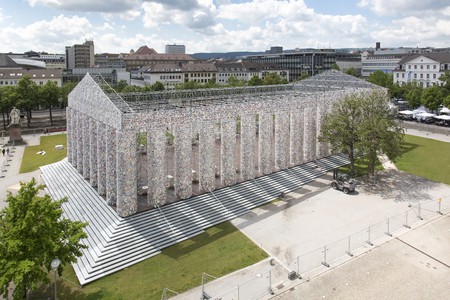 The installation in Friedrichsplatz perfectly mimics the grandeur and scale of the Parthenon at 10 meters high by 70 meters long and 30 meters wide.

On each of the 46 columns, up to 100,000 books which have been forbidden in various countries for numerous reasons (like Goethe’s romantic novel, The Sorrows of Young Werther, that led to a wave of suicides across Europe) have been attached to the metal scaffolding replica in plastic bags. 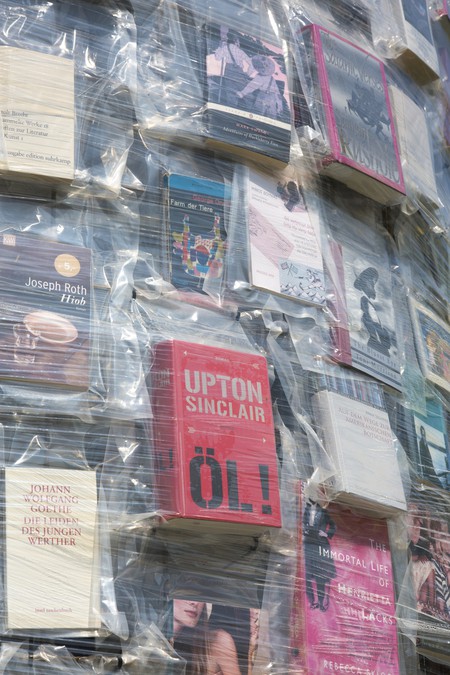 Detail of Martha Minujín, The Parthenon of Books, 2017 | © Roman Maerz

The Argentinian artist uses the Athenian temple as a symbol of democracy. When she first made the work in 1983 as a statement against the corrupt military dictatorship, she only used 25,000 books that had been locked up by the junta.

Now, everything from The Bible and Chaucer’s The Canterbury Tales to Lewis Carroll’s Alice’s Adventures in Wonderland and Dan Brown’s The Da Vinci Code have been included, as they represent the ideals of a democratic society and the freedom of speech and thought. 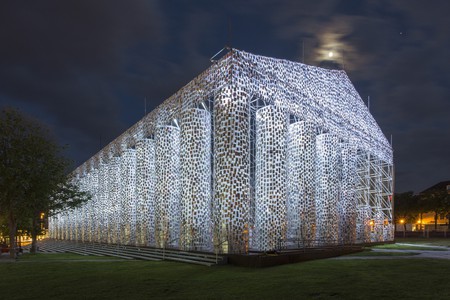 Located near the Fridericianum, which in 1941 was being used as a library and lost 350,000 books during allied bombing attacks, The Parthenon of Books is an ongoing project, only made possible by the donations of the public. At the end of Documenta, Minujín is planning to put some of the once-forbidden books back into circulation.

Marta Minujín’s The Parthenon of Books is in Friedrichsplatz, 34117 Kassel, Germany until September 17, 2017.