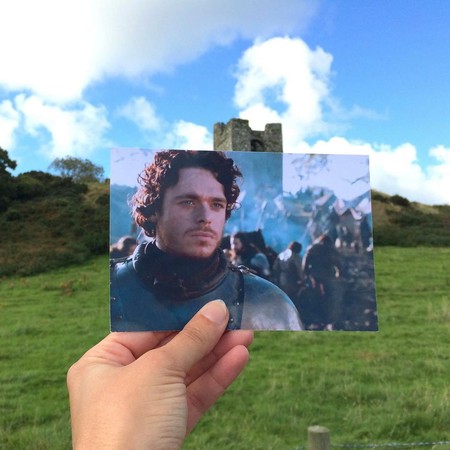 Have you ever dreamed of visiting the location from one of your favourite films IRL? Well, this German artist does exactly that and she has the incredible photos to prove it. 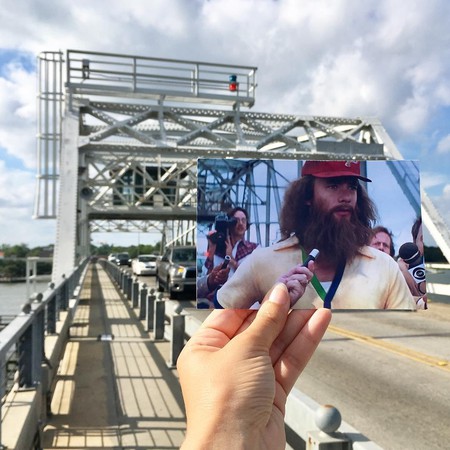 Her artistic process consists of printing out a film still and then taking the printout with her to the location where that scene was shot. Once there, she photographs her hand attempting (and succeeding!) to align the photo with the background, thus creating an art form all her own. 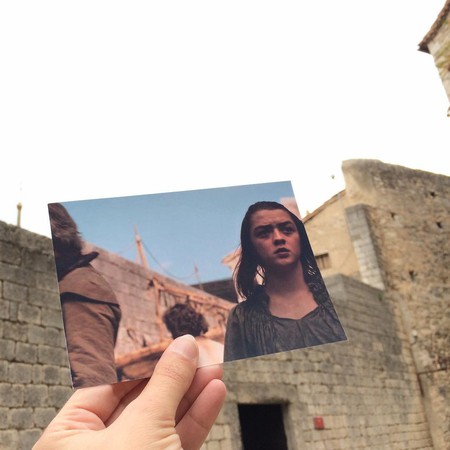 Andrea explained to CNN Travel that she does this in order to ‘align the image with its real background to mix up fantasy and reality in one picture’. 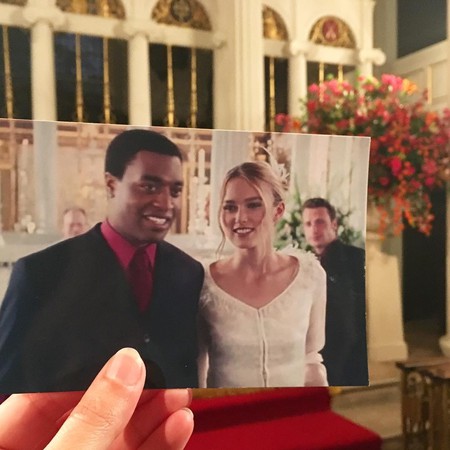 Andrea began the location photography series during her time studying tourism management in Munich when she chose to write her thesis on the influence of cinema on tourist habits. She enjoyed the travel and research aspects of the project so much that she continued the hobby long after graduation. 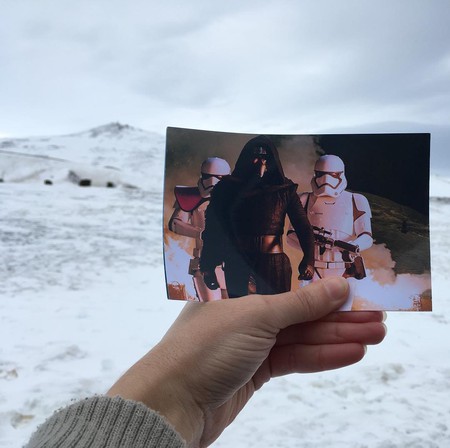 In the beginning, Andrea only carried the printouts of the scenes with her to use as a map to help identify the exact locations, but they soon became an integral part of the work itself. She first started the whole photograph within a photograph concept in Cambodia on the location for Lara Croft: Tomb Raider (2001). 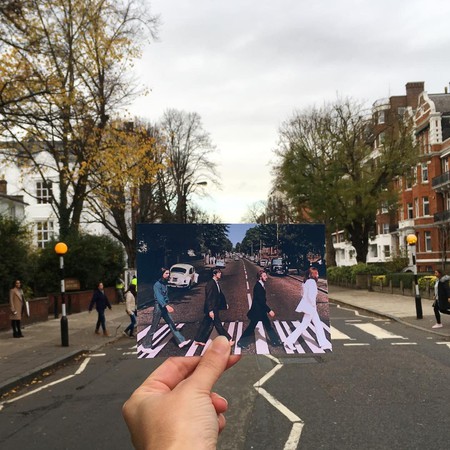 Andrea is now at almost 90,000 followers on Instagram, so clearly there are a lot of people who love her quirky and evocative pics. We are definitely among them and can’t wait to see what she comes up with next!