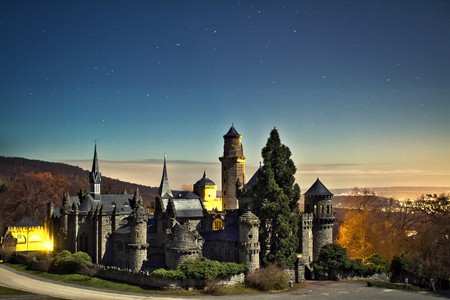 There are still places in the world where the magic of beloved childhood stories is alive. Follow the footsteps of the Brothers Grimm into a fairy tale world of bewitched castles, charming medieval towns, enchanted forests and captivating sights. Read on for some of the highlights of the German Fairy Tale Route.

Ever wanted to see the cottage of Snow White and the Seven Dwarfs or spend a night in Sleeping Beauty’s castle? To wander along the streets where Pied Piper lured away the rats with his magic pipe? Or stand in the kitchen where the witch tried to cook Hansel and Gretel?

All of this and more is possible along the German Fairy Tale Route, which stretches 600 km (373 miles) from the town of Hanau in central Germany to Bremen by the North Sea. The route revolves around the Brothers Grimm, including towns they lived and worked in as well as places linked to the fairy tales that they collected.

The Fairy Tale Road is the ultimate European road trip for everyone young at heart. Starting at the birthplace of the Brothers Grimm, it stretches between medieval towns and romantic villages, highlands and riversides, eight nature parks and countless attractions. 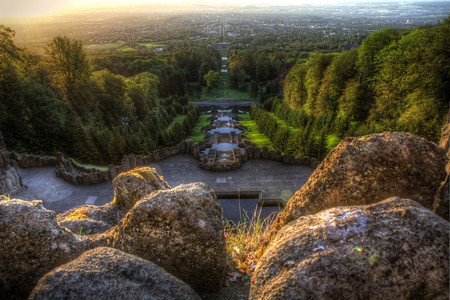 The picturesque towns along the route are, quite literally, straight out of a fairy tale. The quaint Alsfeld is where the house of Little Red Riding Hood still stands, the spa town of Bad Wildungen was home to Snow White, and the traveling musicians can be found along the medieval streets of Bremen (finally). A mountain at the scenic Hoher Meissner is where Mother Hulda is said to have resided, and the beautiful Hamelin is the origin of the Pied Piper legend.

The first edition of Grimm’s Fairy Tales from 1812 can be seen in the lively university town of Kassel. Nearby, Hann. Münden is a gem of historic half-timbered architecture. And Marburg, where the Grimms once studied, is renowned for its medieval flair, churches and castles. 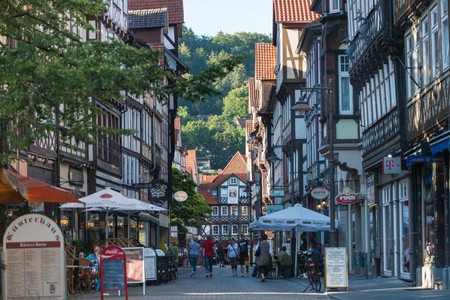 Along the route are over 20 castles and palaces, some in picturesque ruin, others more spectacular than ever. According to legend, the 14th-century Sababurg Castle, deep within the forest and entwined by ivy, is where Sleeping Beauty once resided. The medieval Trendelburg Fortress (now a hotel) has a piece of another beloved fairy tale: Rapunzel Tower. And in Kassel, where Brothers Grimm lived and worked, awaits the spectacular Wilhelmshöhe Palace with cascading waterfalls, once home to kings to emperors. 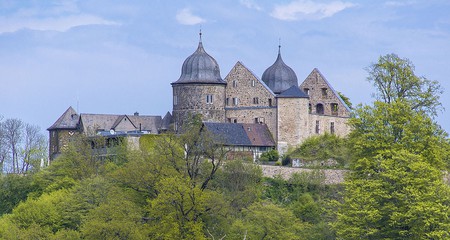 The Fairy Tale Road weaves through scenic forests, the shores of the beautiful Weser and Fulda rivers, 11 nature parks, and two national parks. The picturesque Edersee in the Kellerwald-Edersee Nature Park is inviting for swims and boat rides, and the park’s beech forests are UNESCO World Heritage Sites. Hikers are treated to the Mother Hulda fairy tale trail through primeval forests and the Grimm trail across the lands where the brothers collected the legends, myths and fairy tales. 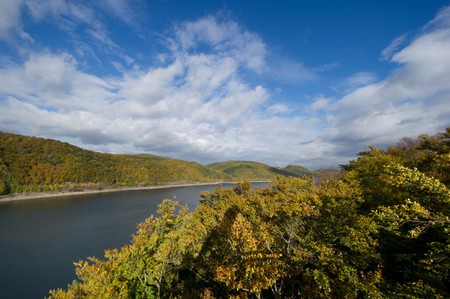 Throughout the year the fairy tale sites are populated by the legendary characters in open-air plays, festivals, puppet theatres, exhibits and medieval dinners. The towns of Hanau and Kassel host annual Brothers Grimm festivals, and fairy tales are regularly performed at Bad Wildungen, home of the legend of Snow White and Seven Dwarfs. And nothing rekindles the magic of childhood better than the bewitching Christmas markets of Kassel, Bremen, Hann. Münden as well as other towns along the Fairy Tale Route. 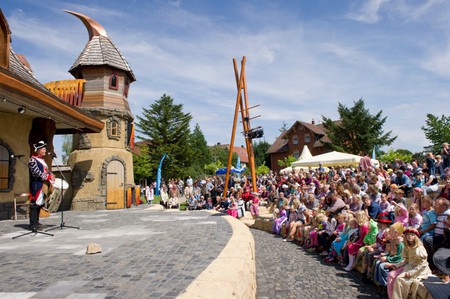