The Top Things To See In The Pergamon Museum, Berlin

It took 20 years to build the Pergamon Museum, as architects and builders toiled to make it worthy of housing some of the most impressive collections of antiquities in all of Berlin, including over 270,000 historical objects. These collections focus specifically on societies of the Middle East, including Mesopotamia, Syria, and Anatolia.

Architecture of Antiquity is an exhibition formulated as part of the city’s broader collection of antiquity, which spans across three museums on Museumsinsel: the Altes Meseum, the Neues Museum, and the Pergamon Museum. With over one million visitors each year, the Pergamon is regarded as the most popular of all because of its impressive and unrivaled collection of enormous architectural reconstructions from the Islamic world. Some of the most impressive pieces in this collection are the ‘Market Gate of Miletus’ (100 CE) and the ‘The Great Altar of Pergamon’ which depicts the gods of Olympia in battle against the giants (180-160 BC). Unfortunately, the latter is undergoing renovations until 2019 and is currently closed to the public. 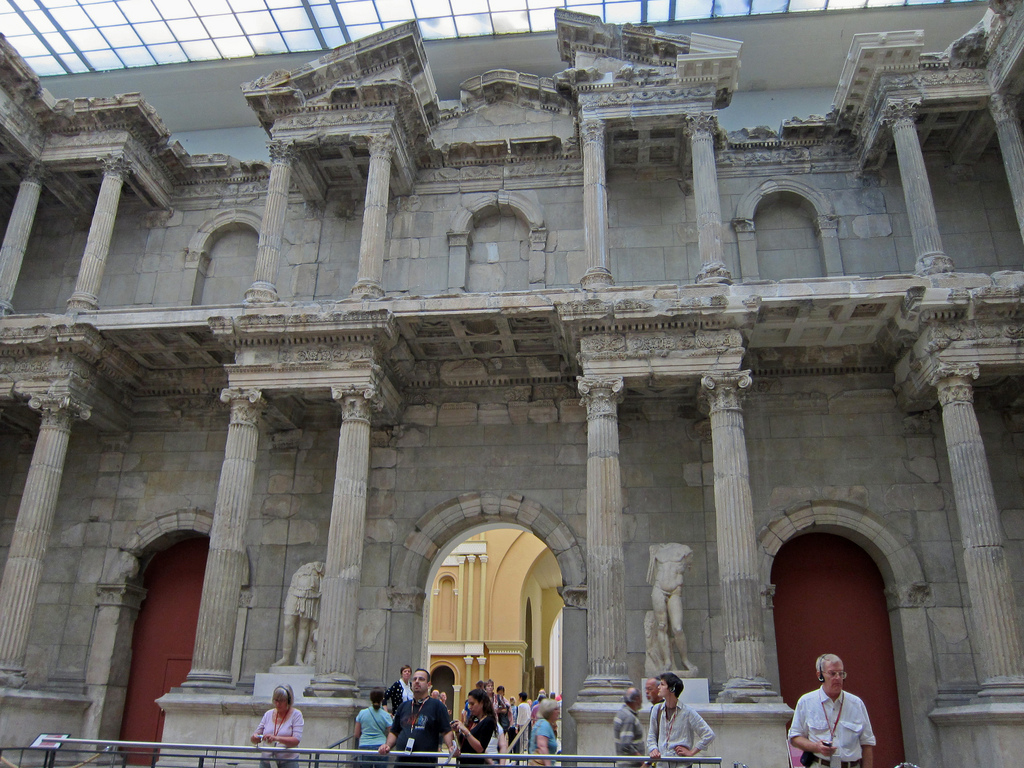 Words to Read – Words to Feel

Words to Read – Words to Feel offers an introduction to the most important Islamic text, the Qur’an, focusing on its cultural implications. The exhibition includes a curated selection of rare historical objects that help illustrate the many facets of this prophetic book. Items are displayed alongside pages of scripture from the Qur’an to demonstrate the aesthetics and practices that were derived from the book in precious items used in Islamic religious rituals, as well as in everyday objects. Thus, this exhibition substantiates the strong relationships between religion and culture. 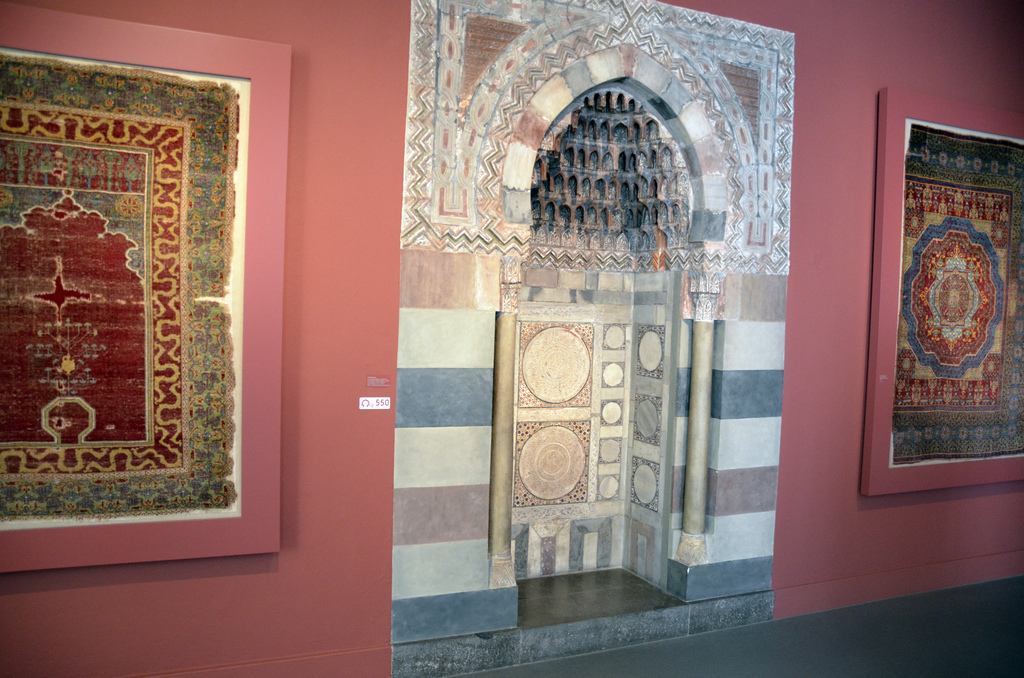 Covering the artistic expressions of Islamic societies from the 8th to the 19th centuries, Art of Islamic Cultures is considered the most comprehensive collection of Islamic art outside of the Islamic world itself. The works included in this exhibition have origins spanning from Spain to India, with particular emphasis on the regions of present day Iran and Egypt. The architectural elements encapsulated in this collection that are most impressive include the dazzling red room from Aleppo, ‘Painted Wood Paneling from the reception room of a Christian businessman’ and the the intricate stone façade of the Caliph Palace of the Mshatta of Umayyad dynasty. 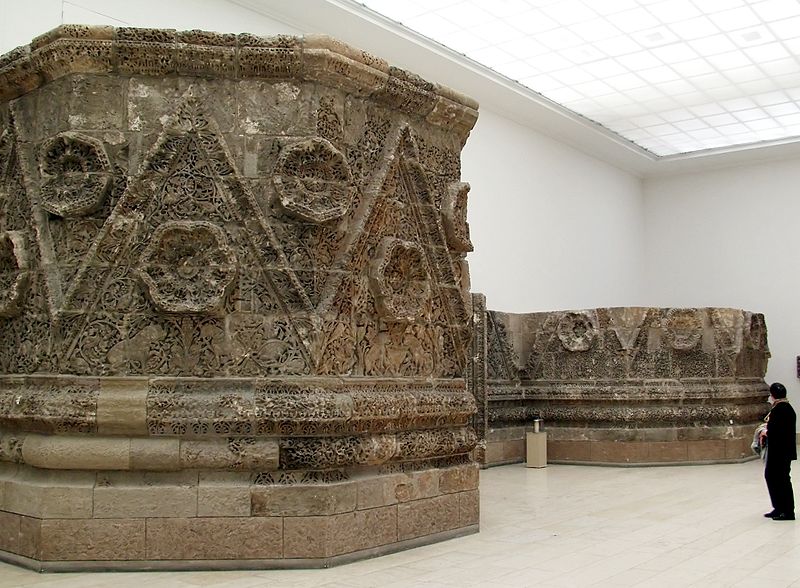 The new showcase, Trans-cultural Relations, Global Biographies – Islamic Art, explores the relationship between different cultures within the Islamic world and beyond. Examine the ways that objects migrated traversed great distances — sometimes across continents. Perhaps most interesting of all, when these different items are compared to one another, many share similar motifs and craftsmanship, demonstrating that there was a clear presence of exchange among civilizations residing in this part of the world.

The prowess of the Ancient Near Eastern Cultures collection is like the Louvre of oriental artworks and cultural artifacts originating from Assyria, Sumer, and Babylon. This portion of the museum covers more than 6,000 years of history within a vast 2,000 square meter exhibition space The highlights are the many reconstructions of Babylonian monuments including the ‘Ishtar Gate’ and the ‘façade of the throne hall of King Nebuchadnezzar II.’ These reproductions of Babylonian art and architecture adhere to roughly the same dimensions as the original with meticulous attention paid to detail. 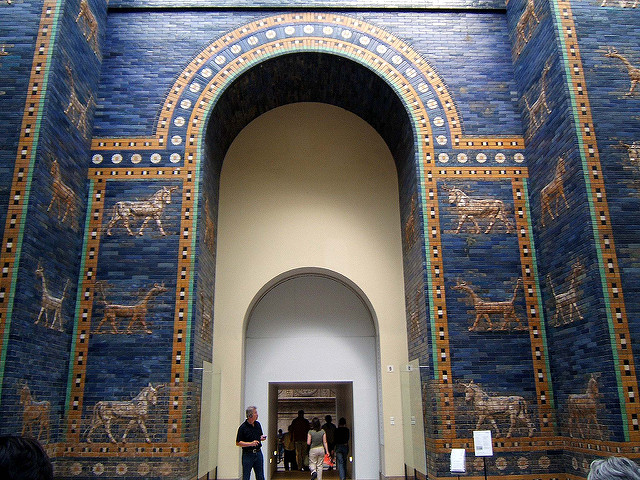