The Top Things To Do in Alsfeld, Germany

A visit to the medieval German town of Alsfeld is guaranteed to make you feel like you stepped back in time. Indeed, nothing much has changed in this town for centuries. The town implores you to slow down and enjoy the simple pleasures. As an added bonus, you may get to meet your childhood favourite, Little Red Riding Hood! Get ready for a magical journey.

Walk through centuries of history

The first mention of Alsfeld can be traced back to 1069. But it is estimated that the town was founded before that period, in the 8th or 9th century, as the seat of the Carolingian Court. The Chronicles of “Hessica von Dillich” from 1605 stress the importance of Alsfeld as a significant point in the trade route between Frankfurt and Thuringia and as the capital city of the German state of Hesse. Today, while it welcomes the future with open arms, it has carefully preserved its heritage, ancient architecture and historic charm. While here you’ll get the feeling that time has stood still. 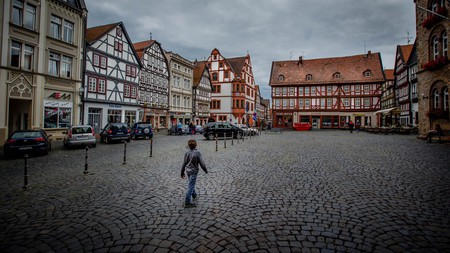 A perfect holiday in Alsfeld will include getting lost in its myriad cobbled alleys lined by rows of half-timbered houses. Over 400 adorable half-timbered buildings tell the story of over seven centuries of history in Alsfeld. So enchanting is the medieval area of Alsfeld that the European Council selected Alsfeld as a European Model Town in 1975. The most noteworthy and picture-perfect landmarks in Alsfeld include the ensemble of the early 16th century Town Hall, the Wine House and No.2 Market Place; The Wedding House, The Stumpf House, The Bücking House and the Walpurgis Church. 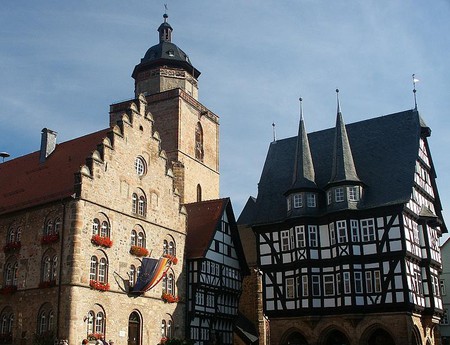 If the undeniable charm of Alsfeld isn’t enough to make you fall in love with the place, the food will be the clincher. Dig into the Alsfelder Potato Sausages with Salzekuchen (salty cakes) and Aleburger Käs (cheese) and wash it down with Alsfelder Beer made from mineral water sourced from volcanic rocks. Round off your meal with The Alsfelder Kisses and Ducats, the most popular sweet treats in town. At the Alsfeld Herb Garden, you can indulge in home-made herb breads and rolls straight from the oven of the Alsfelder Herb Woman. Also, don’t miss the ancient vaulted cellar dating back to 1309.

Journey to the land of fairy tales

Get ready for a serious trip down memory lane to your childhood bedtime stories. After all, you are in the land of The Little Red Riding Hood. It is believed that the Grimm Brothers drew inspiration for the signature red cap of Red Riding Hood from the traditional headscarf of the women of Schwalmland (of which Alsfeld is a part). An estimated 100,000 fairy-tale fans come to Alsfeld every year to join a city tour by guides dressed as the Grimm Brothers, catch fairy-tale performances, check out the fairy-tale themed rooms and doll collection at the town hall, eat a themed dinner and even stay the night at a fairy-tale themed room. In fact, it’s not uncommon to bump into Red Riding Hood herself as you stroll the market square! 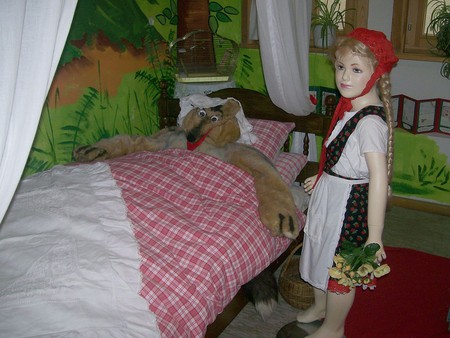 For the townsfolk of Alsfeld, life is a celebration. Indeed, something or other is always going on in Alsfeld, and visitors are always made welcome to join in. Among the numerous events and festivals held in Alsfeld, the most popular are the Cheese market in April, The Whitsun Market, The Herb and Fairy-Tale Fair in June, Little Red Riding Hood Week and The Home and City Fair both in August, Bewitching Night in September, The Chocolate Market and Beer Festival in October and the Taverns Festival in November. Plenty to choose from. At Christmas, as the town decks itself out in twinkling lights for the Christmas market, the fairy-tale quotient of the town goes through the roof! 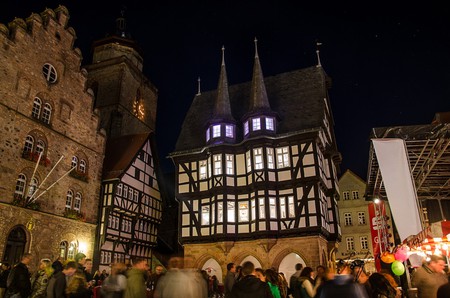 The landscape surrounding Alsfeld is healing, unspoiled and inviting. Take a slow stroll, soaking up the beauty of nature or bike down stunning lanes, explore on horseback, donkey or even a lama – you are sure to come back a huge fan of this area.

As travelers visiting Alsfeld invariably testify, anybody who steps into this magical town instantly feels at home. The credit for that goes to the open, friendly, welcoming nature of the locals. They are known to expertly work around language gaps to make sure that you feel included and comfortable. Adorable cafes, cozy taverns and traditional local restaurants encourage you to linger and are more concerned about your satisfaction than doing brisk business. Take your time to get to know the locals; who knows, perhaps you will come away with a friend for life. 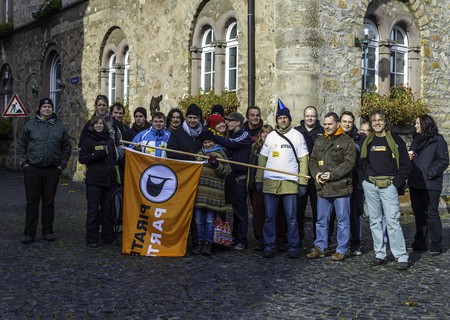