The Top Things To Do And See In Bremen's Old Town

With a large port on the River Weser, Bremen has played an important role in Germany’s history and economy. However, Bremen offers a lot more than commercial enterprises, and between the old streets of its Old Town area, there are oodles of fascinating things to do and see. Check them out… 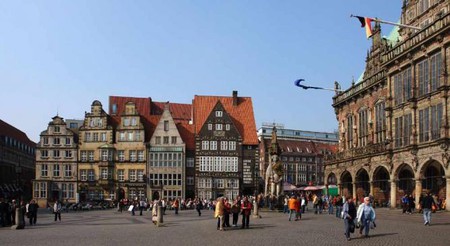 In English, Marktplatz means “Market Square”. Situated in the center of Bremen, Markplatz is the ideal meeting spot for friends and a great place to enjoy a drink or a snack. As a UNESCO World Heritage Site, visitors can expect to see numerous buildings with traditional German architecture, including Bremen’s Town Hall, the parliament building and a soaring cathedral. Additionally, Markplatz offers a customary German Christmas market during the winter holiday season, which is not to be missed.

Looking for something to do in Bremen at night? Look no further than Schlachte, Bremen’s riverside promenade full of bars and restaurants. Once one of the city’s main harbors, Schlachte is now the place for social gatherings once the sun goes down. Lining the promenade are large ships, some with onboard restaurants and hotels. Grab a beer, meet some locals, and forget about tomorrow! 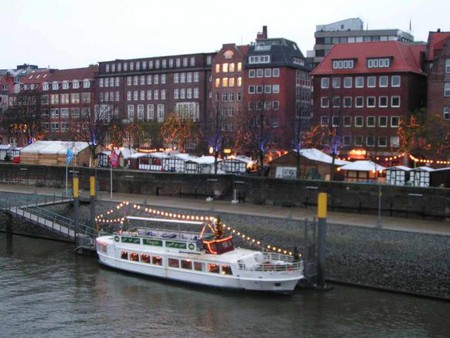 The ‘Town Musicians of Bremen’, known in German as Bremer Stadtmusikanten, is a statue located in central Bremen. Depicting the German folktale with the same name, the statue has quickly become one of the cultural symbols of Bremen since its creation in 1953. The whimsical bronze statue of a donkey, dog, cat and rooster standing atop one another is said to grant wishes to any who touch the donkey’s front hooves!

Muhle am Wall is a windmill dating back to 1699. Although the current mill was built in only 1898, it is still considered one of Bremen’s heritage sites. Located in the beautiful Wallanlagen, Park just on the northern edge of the city’s Old Town, the mill is surrounded by bright flower patches during the summer months. The mill also houses a restaurant where tourists can enter for a small fee.

This proud and pugnacious statue that stands firm in the midst of the Bremen Old Town not only bears a coveted UNESCO World Heritage tag but is also hailed as the oldest surviving example of any statue of Charlemagne’s great paladin in Europe. Constructed in 1404, the effigy depicts the warrior’s mighty sword and shield, fiercely emblazoned with the heraldic eagle. Legend has it that the city of Bremen will remain free of oppression so long as Roland keeps watch over the town.