The Top 7 Things to See and Do in Quedlinburg, Germany 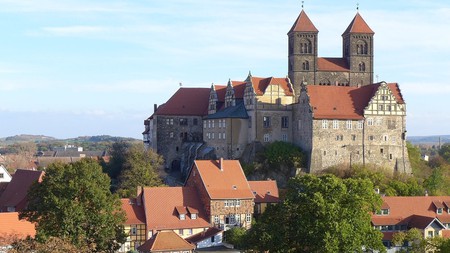 Quedlinburg is the very picture that comes to your mind when you hear the words “quintessential medieval German town.” This UNESCO World Heritage Site, with its cobbled streets and 1,300 timber-framed houses, is agreed to be the best-preserved medieval town in the country. Read on to find out why you need to stop whatever you are doing and visit this Harz Mountain jewel right away.

UNESCO describes the Old Town of Quedlinburg an “extraordinary example of a medieval European town,” and it’s easy to see why. The unbelievably quaint Old Town is any wanderer’s dream. As you walk the narrow cobbled lanes and feast your eyes on around 1,300 impeccably preserved timbered houses from almost eight centuries, you are bound to feel yourself transported to another era. 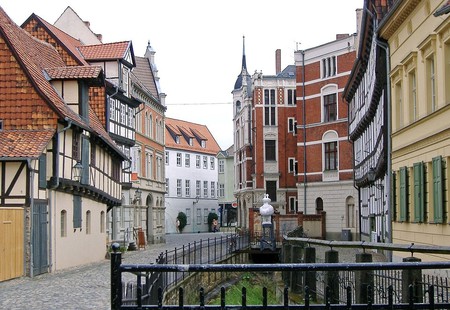 The stately Schloss Quedlinburg (Quedlinburg Castle) sits atop sandstone cliffs, looking down at the rows of beautifully preserved half-timbered houses below. Visitors are welcome to tour the beautiful rooms, and marvel at prehistoric artifacts in the castle museum. The sandstone, double-towered Church of St. Servatius in the castle complex is one of the most significant Romanesque buildings in Germany and preserves some of the oldest ecclesiastical treasures in the country. 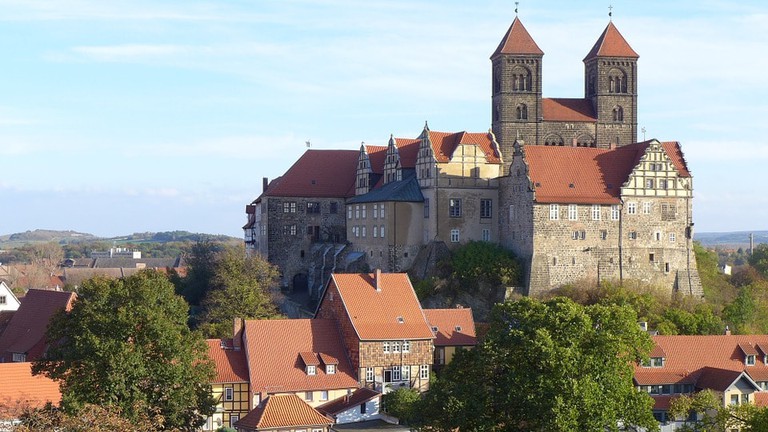 Harzer Schmalspurbahnen (Harz Narrow Gauge Railway) connects the towns of Quedlinburg, Wernigerode, Nordhausen, and several others, and takes visitors on a nostalgic steam-train ride up to Brocken, the highest peak in the Harz Mountains. This is one of the most scenic train routes in Germany and is sure to be the highlight of your trip to the Harz. 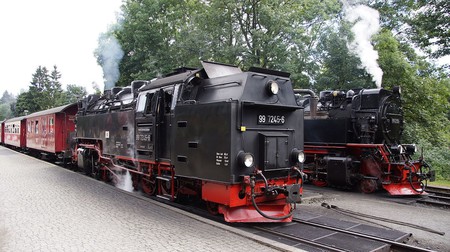 The first mention of the Marketkirche (Market Church) St. Benedikti can be dated back to 1233, but it is deemed to be many decades older. It stands out because of its unique octagonal structure, two towers unmatched in height, and its Romanesque elements. The church houses tombstones, artworks, and a late-Gothic altar of St. Mary from the 15th century. 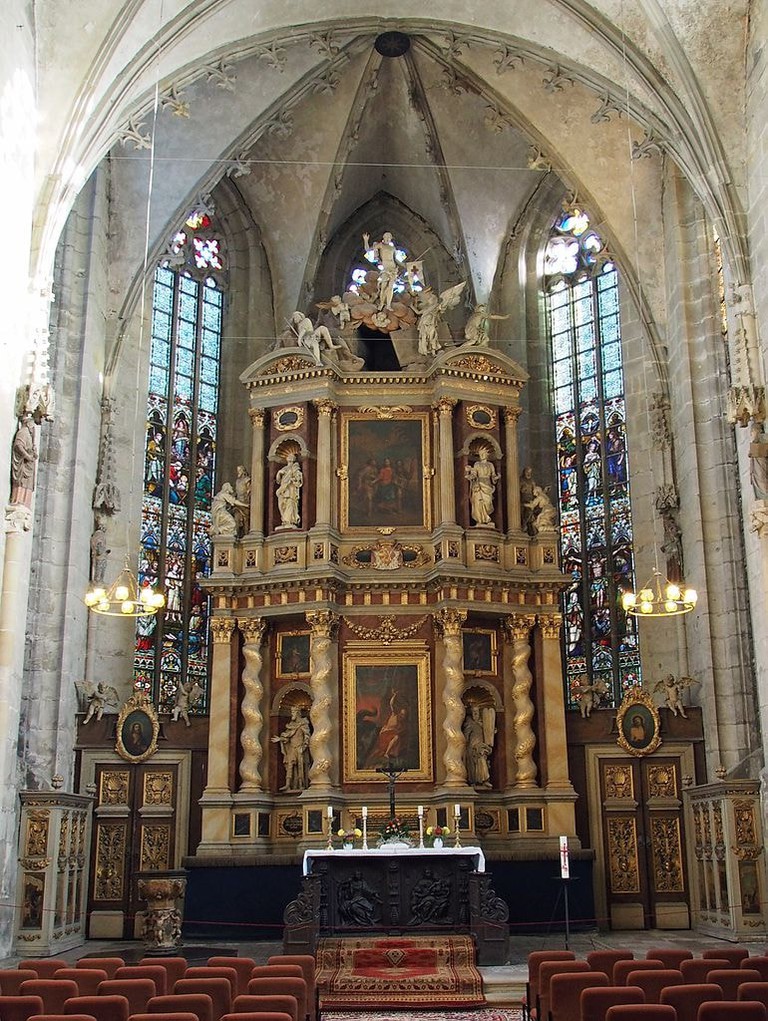 Fachwerkmuseum im Ständerbau is one of the most ancient half-timbered houses in the country and the very oldest among the 1,300 timber-framed houses in Quedlinburg. Its year of construction is pegged at 1310, and it served as a residential house till the year 1965. Today, it houses a small museum, which walks visitors through the history of half-timbered houses spanning four centuries and the evolution of the town of Quedlinburg. It is supposedly the only museum of its kind in the world. 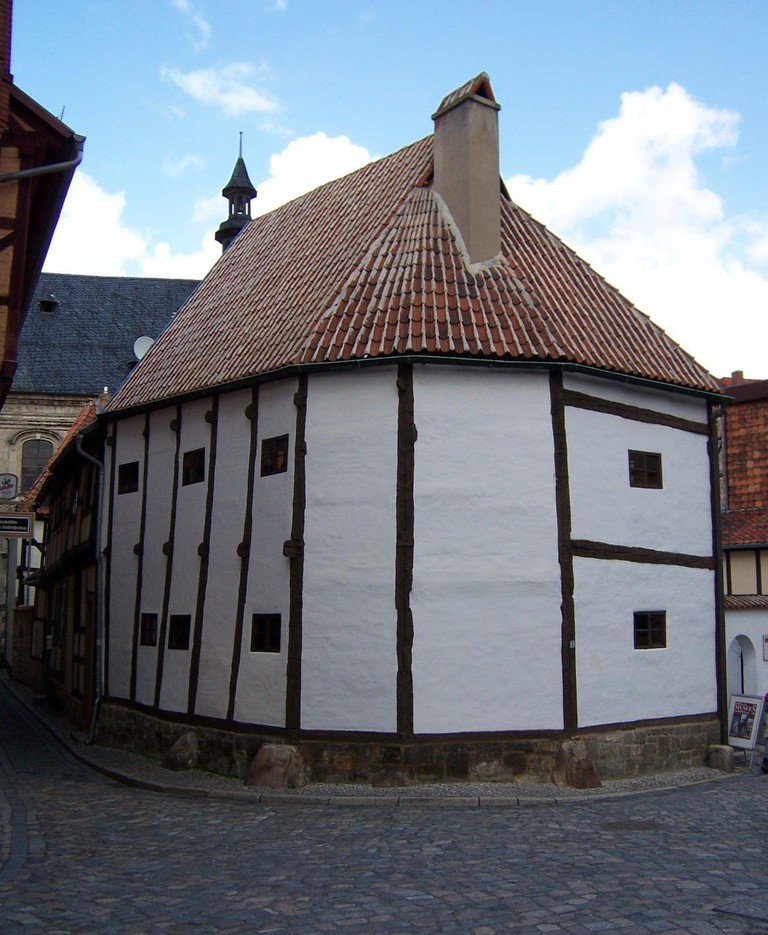 Lyonel-Feininger-gallery is a must-stop for art enthusiasts. It preserves the creations of Bauhaus artist Lyonel Feininger (1871-1956) in addition to related works, adding up to the only monographic museum exhibiting an unbeatable stock of print-making. Lyonel Feininger moved to America when his work was declared “degenerate” by the Nazis. The artist’s work was preserved and later donated to the museum by his close friend, Dr. Hermann Klumpp.

Klopstockhaus is dedicated to the memory of Quedlinburg’s most famous son, the legendary early classicist poet Friedrich Gottlieb Klopstock (1724–1803), who was born in this quintessential half-timbered house built around 1560. The museum conserves the works of the gifted poet, along with documents and artifacts related to Dorothea Erxleben (Germany’s first female doctor), philanthropic pedagogue Johann Christoph Friedrich GutsMuths and Carl Ritter (founder of scientific geography). 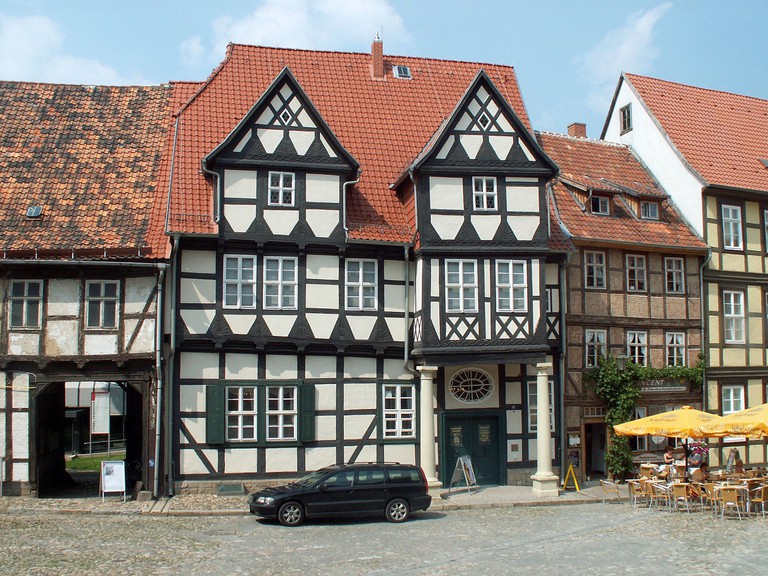