The Top 10 Things to See and Do in Wernigerode, Germany

Wernigerode is affectionately referred to as the Pearl of the Harz, and a visit to this stunning medieval town will make it evident why. A splendid hilltop castle looking down at street after street of timber-framed houses, nostalgic steam trains chugging up the mountains, gorgeous architecture, and abundant greenery have all contributed to make Wernigerode one of the quaintest towns in the country. Let’s explore it.

Wernigerode Castle has to be one of the most stunning castles in Germany, but is rather unsung compared to some of the other fairy-tale castles in the country. Though originally built as a hilltop fort for the emperors in the Middle Ages, Wernigerode castle was later remodeled as a romantic castle in the baroque style of architecture. On a guided tour through the beautiful castle, you can visit 40 originally furnished rooms. The castle can be reached by foot through the forested hills or on a little motorized train that leaves the city center for the castle every 30 minutes. 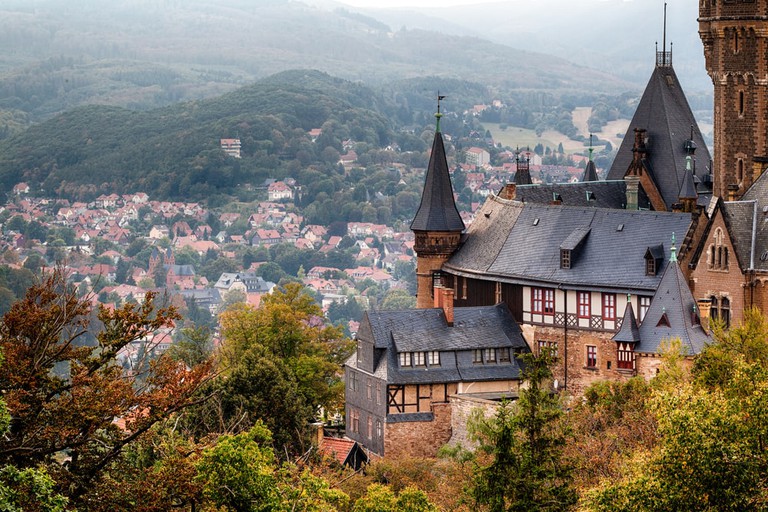 Harz narrow gauge railway constitutes the longest (87.2 miles or 140.4 kilometers) network of narrow-gauge railway in the country, and connects many major and smaller towns in the Harz region, including Wernigerode. The scenic train ride up to the highest peak of Harz Mountains, Brocken, is unanimously agreed to be the high point of any trip to this region. 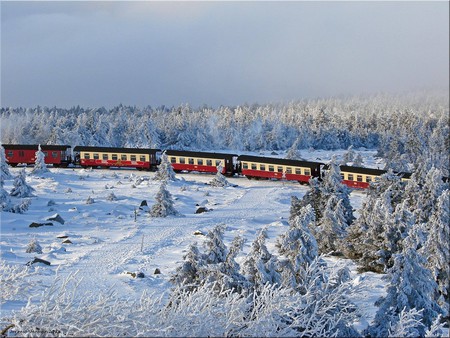 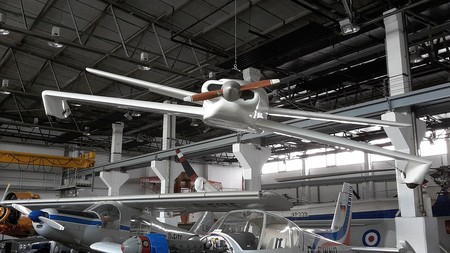 A hot favorite with adults and children, Miniaturenpark boasts around 60 miniature models of Harz Mountain landmarks. You can spend hours admiring the fascinating scale models of Wernigerode Castle, Blankenburg Castle, Harz Railway, the Brocken peak, and more, interspersed by mountains, rivers, lakes, and parks. Drop in at the workshop to witness for yourself how these models are created.

Kleinstes Haus, the smallest house in Wernigerode, is squashed in a 10-foot (2.95-meter) crack between two normal-sized houses. This house, built in 1792, is just 13.8 feet (4.2 meters) in height, and the front door is only 5.6 feet (1.7 meters) high. Though a cute sight and a significant cultural monument today, it was once home to 11 people. The tiny rooms now house a folklore museum. 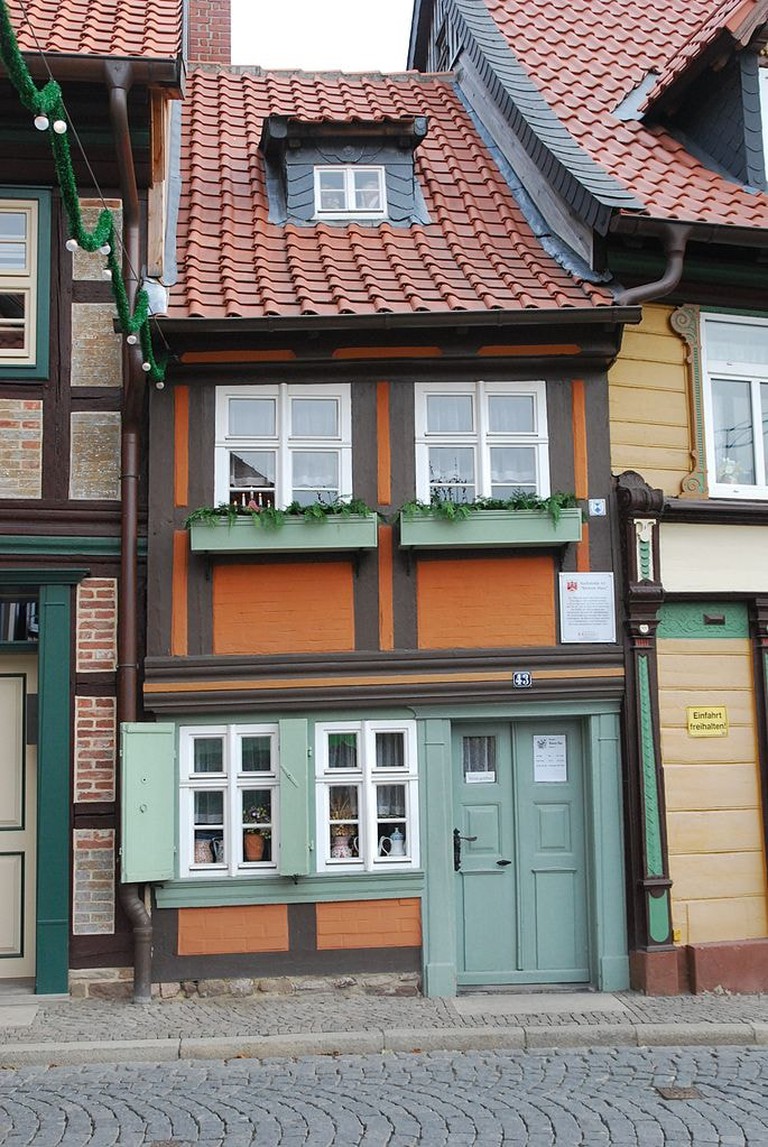 Wildpark Christianental is a family-friendly wildlife woodland site set in the midst of unspoiled nature. This park is home to many raptors, raccoons, lynxes, and wild cats. Additionally, in the petting section, you can make friends with goats, sheep, and dwarf rabbits. The park also has a great playground steeped in rustic, old-world charm.

The town hall (Rathaus), built in 1420, is one of the most significant pieces of architecture in Wernigerode. It towers over the bustling market square and wins hearts with its soaring towers, Renaissance bay windows, stained glass, the lovely entrance portal, intricate frescoes, and wooden sculptures. Guided tours are available to the public. 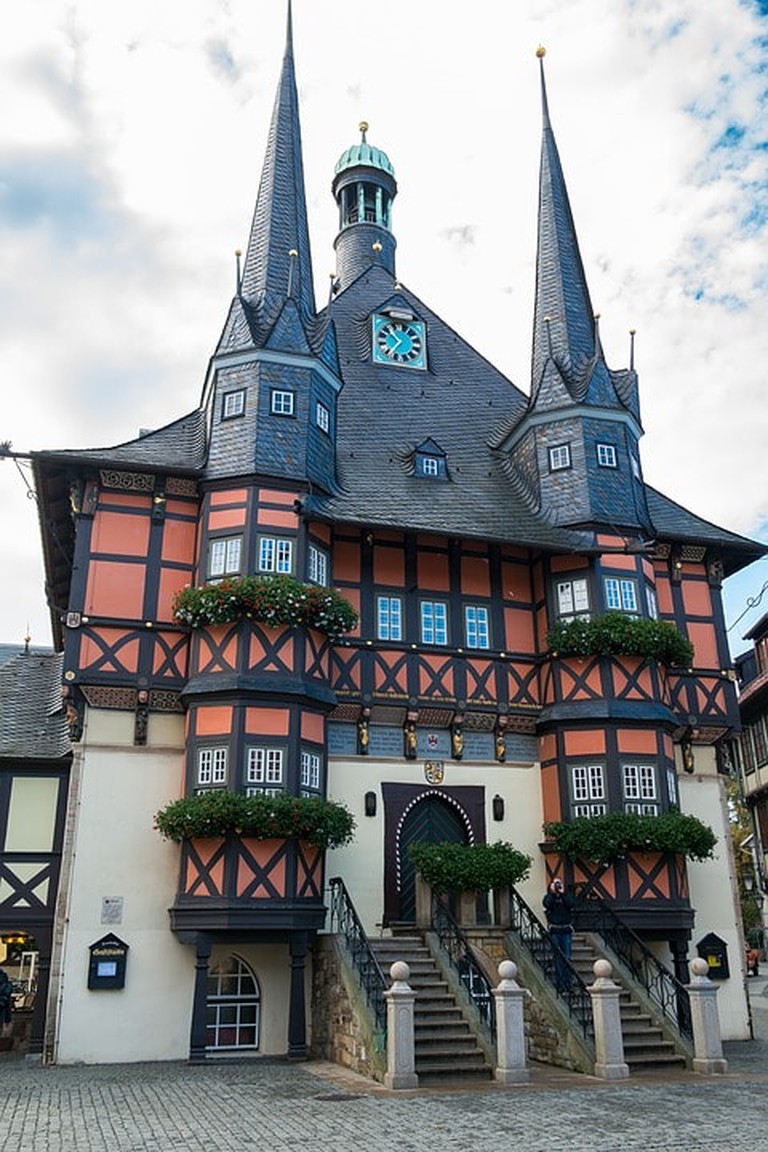 At the Harzmuseum, visitors can see a collection of fossils, rocks, and minerals from various eras excavated from the Harz Mountains. Through these exhibits, you get a deeper understanding of the rich mining history of Harz and of its diverse flora and fauna. The museum also has an interesting section devoted to the history of Wernigerode and another filled with beautiful artwork by famous artists.

Boutique Hotel
Facebook
Email
Twitter
Pinterest
Copy link
Share
Map View
Brockenbad, an amazing aqua park, promises oodles of fun for the entire family. Visitors of all ages can’t get enough of the long “MagicEye” slide, and the lazy river that meanders into a cave is unanimously agreed to be super-exciting. Smaller slides and a baby pool ensure that little guests are kept occupied and happy too. The Holiday Park, of which Brockenbad is a part, also has rooms for overnight stays and great gastronomic options.
Open In Google Maps
11 Nesseltal, Wernigerode, Sachsen-Anhalt, 38855, Germany
+49394355700
Visit Website
Give us feedback

A great way of exploring the romantic medieval town of Wernigerode is on a horse-drawn carriage. Frank Linde Horse and Carriage Ride is a small family business that has been taking visitors on memorable tours around Wernigerode for over 20 years. You can opt for a group tour, a private tour, a romantic tour for just the two of you, or even a wedding tour. These trips can be customized, and offer drink and food options. 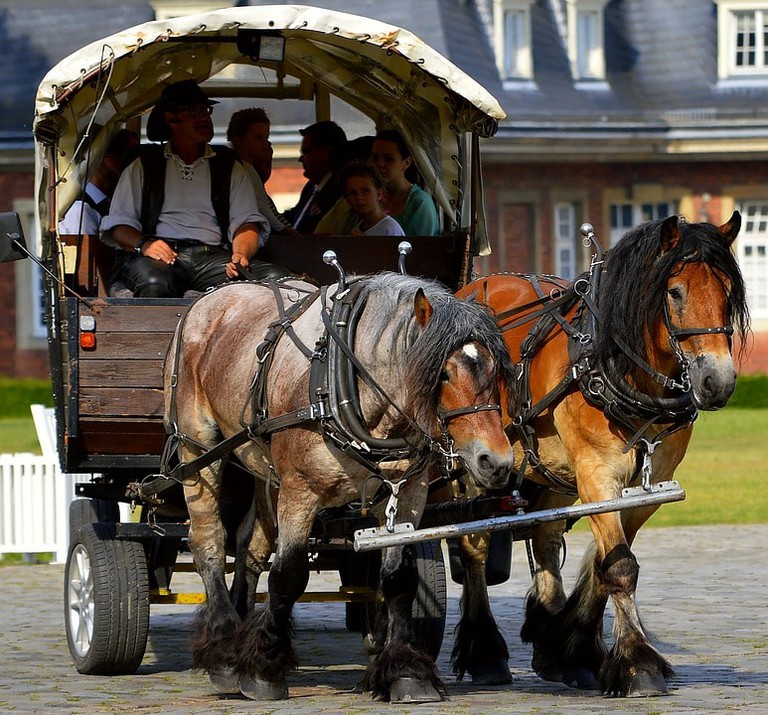