The Top 10 Things To See and Do in Goslar, Germany

The Top 10 Things To See and Do in Goslar, Germany

Stabkirche Hahnenklee | © kordi_vahle / Pixabay
Goslar is a jewel of the Harz Mountain ranges in Germany. It is steeped in over 1,000 years of rich history and a fascinating tradition of mining. From an abandoned UNESCO mine to an 11th century palace, from snow-blanketed slopes to beautiful churches and awesome museums, Goslar is full of great activities and sights.

The unique secular structure of the Imperial Palace, built between 1040 and 1050, is not only the top attraction of Goslar but one of the most famous sights in the entire Harz Mountains. The palace is open to public tours, during the course of which you can experience the stunning artwork and murals in the upper floors. The ground floor houses an interesting museum with a wide range of artifacts related to the glorious history and imperial rule of the palace. 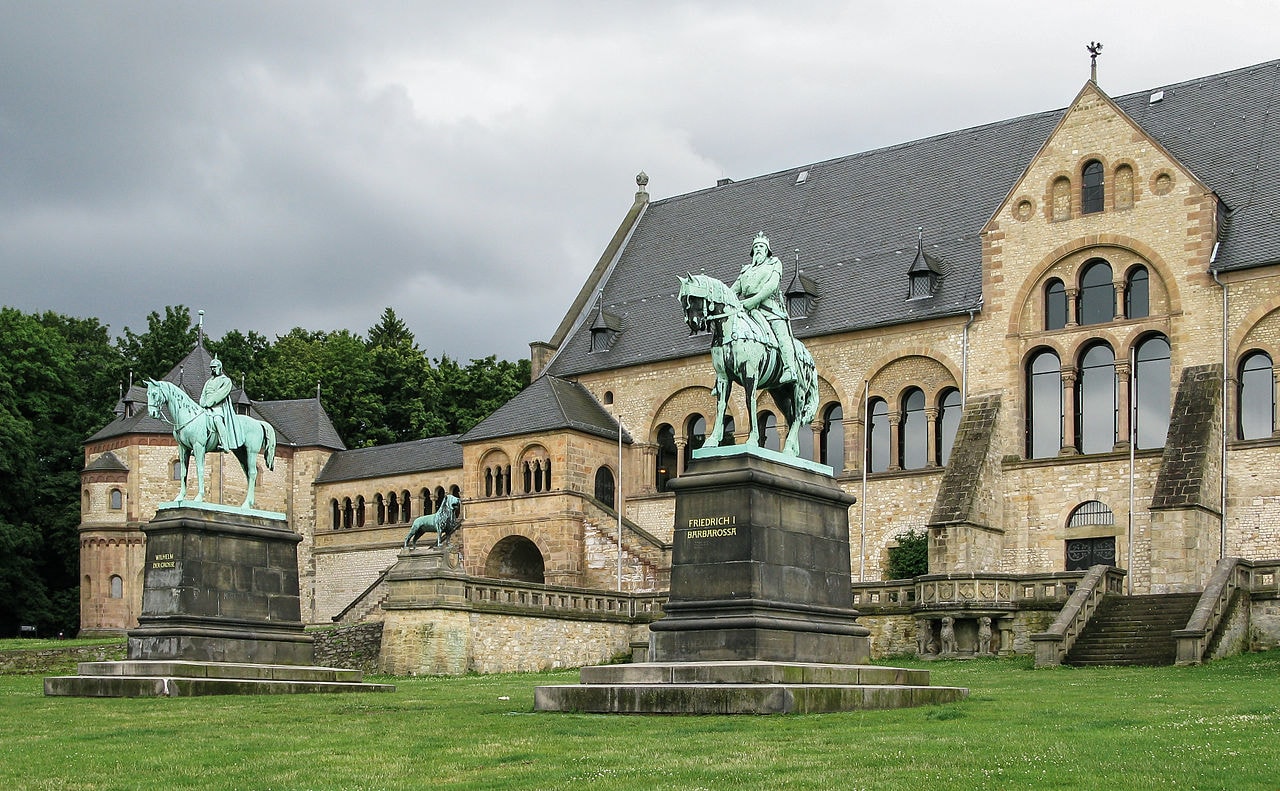 The Zwinger Tower is a remnant of the ancient fortifications of Goslar. This battery tower made of sandstone was used to keep an eye out for the approaching enemy and prevent attacks on the city. Today, it houses a restaurant, a guest house and a small museum with a good collection of medieval weapons.

Huldigungssaal im Rathaus, built between 1505 and 1520 as a meeting location for the council, is an outstanding example of late Gothic spatial art. The simple exterior might underwhelm you, but the interior is sure to drop your jaw. The walls, ceilings and even the window-niches are covered with gorgeous, intricate paintings. 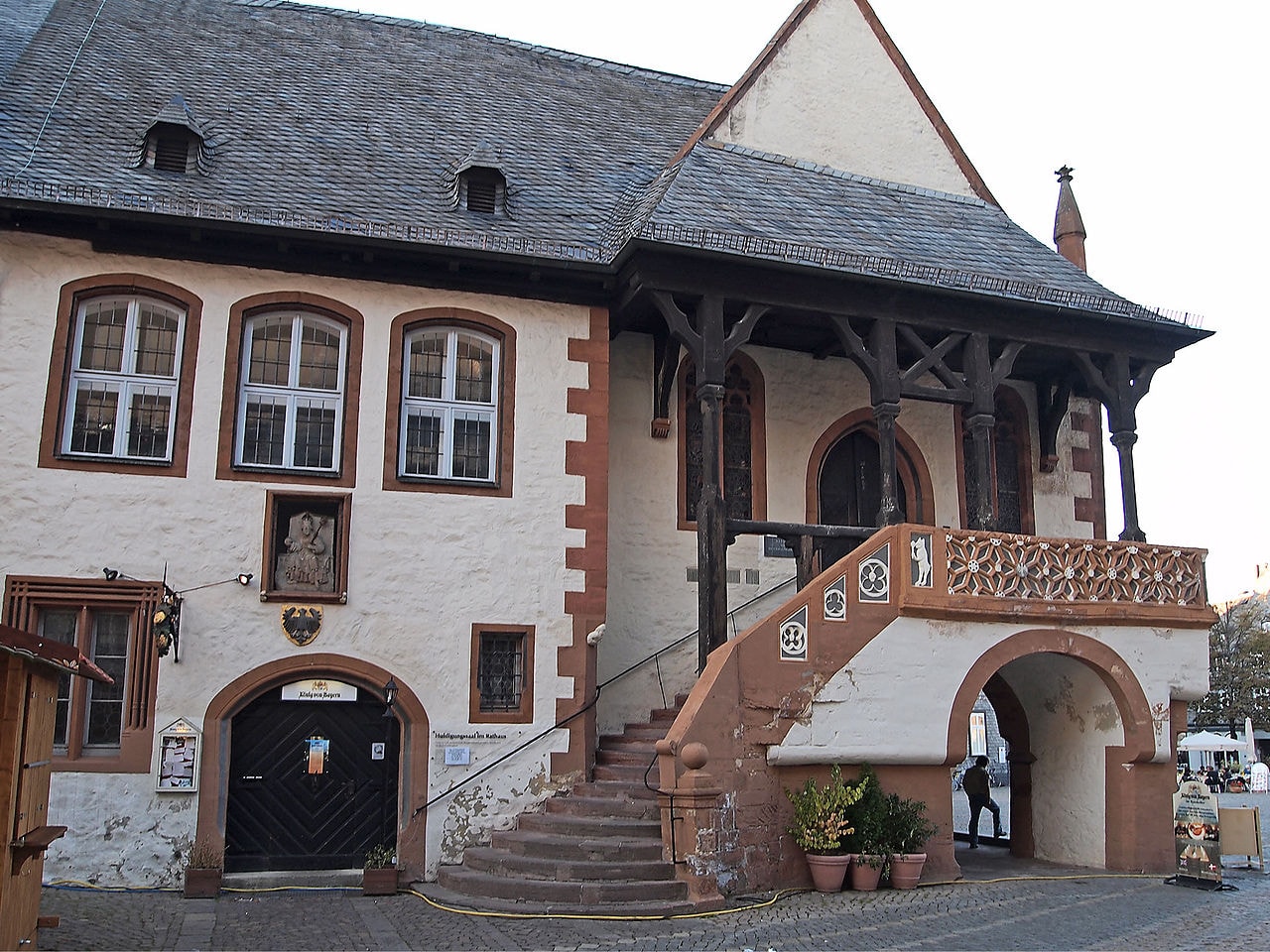 The Rammelsburg Mine was in operation for over 1,000 years before it closed in 1988, making it one of the largest continuously-mined ore deposits in the world. It is also a UNESCO World Heritage Site. Today, visitors can enter the cold bowels of the mine on a rattling mine train, led by a guide, and experience this fascinating mine that has been preserved in an authentic condition.

Goslar Old Town is one of the best-preserved city centers in the world and a UNESCO World Heritage Site. This region is lined with 1,500 impeccably-conserved half-timbered houses spanning several centuries. A guided walk through the Old Town along the romantic cobbled alleys would make you many times wiser about the glorious 1000-year-old history of the mining town of Goslar.

Every day, at 09.00, 12.00, 15.00 and 18.00, you will find flocks of people craning their necks to look up at the Glocken building in the historic market square of Goslar. These are the times when three little doors open and a series of figures come out to sing the story of Goslar and Rammelsburg, with the accompaniment of music. Additionally, at 8.30 am and 6.30 pm daily, the song is played, but without the moving figures.

Church
View from market church | © Holger Uwe Schmitt / Wikimedia Commons
The first mention of Market Church can be traced back to 1151. The church, towering over the market square, stands out because of its unusual architecture of two mismatched steeples. The church houses nine beautiful medieval stained-glass windows and ancient murals, a library and a 17th century wooden altar. It also offers a great view over town from its tower.
More Info
Open In Google Maps
1 Marktkirchhof, Goslar, Niedersachsen, 38640, Germany
View menu
Visit website
Visit Facebook page
Send an Email
Give us feedback

Stabkirche Hahnenklee, constructed in 1907-08, is a stave church built from spruce trunks, adding up to a truly unique sight. Its magnificent interior, with an amazing organ and a unique four-octave carillon, truly befits its breathtaking exterior. 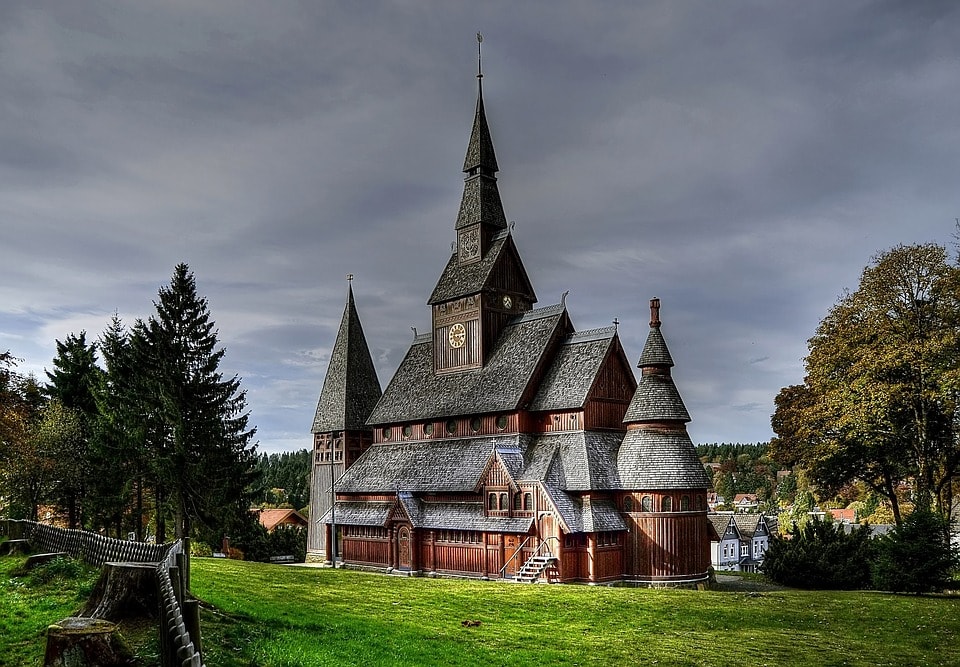 Goslar in Winter © Pauline_17 / Pixabay
Give us feedback