The Top 10 Things to Do in Erlangen, Germany

Erlangen is a lovely town in Bavaria, Germany, a short drive from the historic city of Nuremberg. The city of Erlangen has grown around the Friedrich-Alexander University and the giant German conglomerate, Siemens. This town has a huge vibrant student population, immaculate corporate flair and historic architecture, combined with beautiful nature.

The Baroque palace, along with its extensive gardens, is easily the most popular spot for tourists and locals in Erlangen. Once the residence of the Margraves of Brandenburg-Bayreuth, the palace today houses Erlangen University. Understandably, tours of the palace are not offered, but its exterior is striking enough to warrant a stop. 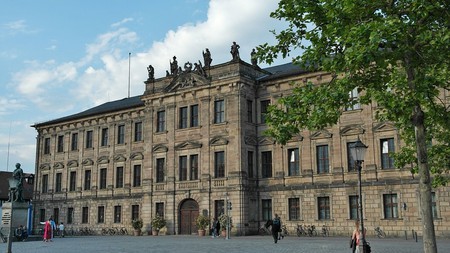 The palace garden is a delightful oasis to explore, laze or enjoy a picnic. It especially springs to life in summer months with colorful flower beds, music concerts and fun festivals. While the influence of Versailles Palace is evident in the design of certain sections of the garden, other areas have been done in quintessential English style. The focal point of the garden is the early 18th-century fountain depicting Huguenot family members, deities and Margrave Christian Ernst (patron of refugees). 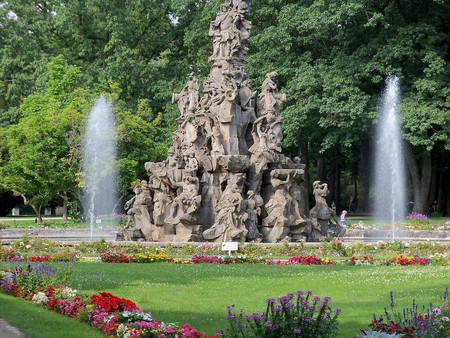 While strolling the palace gardens, you can’t miss the Orangerie, a Baroque structure with rococo influence and sandstone sculptures. This building, constructed in 1705 as a storage house for the garden’s bitter orange, has been owned by the university for over two centuries. While tours are not offered, the Orangerie can be booked for private events.

The idyllic Botanical Garden lies north of the palace gardens and is also managed by the university. This garden unfailingly astounds visitors with over 4,000 species of plants and trees from a few hundred ecosystems and climatic zones, plus extensive greenhouses, a spice garden and rare, exotic plants. The garden is punctuated with ponds that are home to countless frogs and fish. 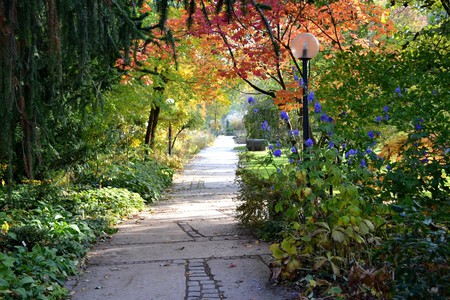 Let your nose lead you to the Aromagarten, an offshoot of the Botanical Garden, perched by the Schwabach stream. This garden was among the first scent-based gardens in the world and boasts around 120 aromatic plants. Many of these plants have healing properties, while some others are used for beauty treatments or culinary purposes. The garden is used by university students for educational purposes, but it is also open to visitors (entry is free).

The 52-meter-high tower of Huguenottenkirche, constructed in the 17th and 18th centuries for the Huguenots (French Protestants), dominates the skyline of Erlangen. The architecture of this church stands out because of its simple, elegant lines and subtle design. When you visit, don’t forget to notice that the church clock is white, red and blue, after the French Tricolore. The church also houses a beautiful pulpit from the year 1700. 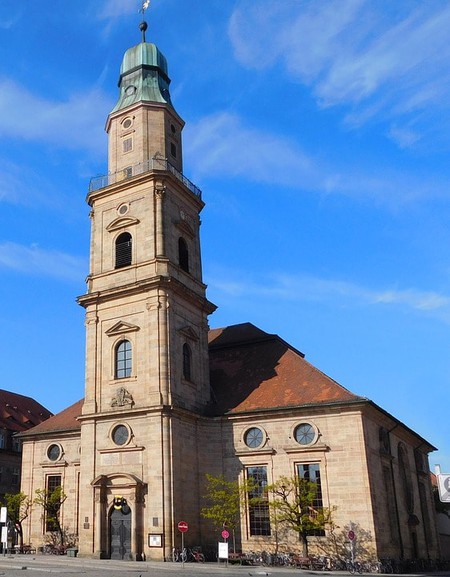 The German industrial conglomerate, Siemens, has a huge presence in Erlangen. The brand set up the Siemens MedMuseum to display its vast collection of medical technology equipment and related photos and documents. Here is your chance to understand the making and functions of various Siemens equipment, including X-ray, CT and MRI machines, and also gain knowledge about scientists and innovators in this field.

The Marktplatz is the heart of Erlangen and the locale for most big events that are held in the town. Hundreds of thousands of people in hilarious costumes gather here during the February carnival. Later in the year, the square turns magical with twinkling lights, the aroma of glühwein and infectious festive cheer during Christmas. Spring Fest and August Market are also held in the Marktplatz. 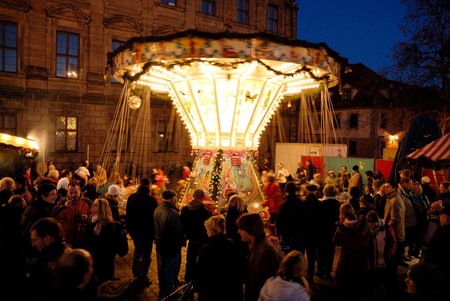 The Erlangen Rathaus (town hall) houses an impressive municipal museum. The extensive collection of documents and artifacts in this museum educates visitors about the ancient and modern history of the city of Erlangen, with special emphasis on how the arrival of Huguenot refugees in the 17th century influenced the development of the city.

Art lovers can hope to spend several pleasant hours at Erlangen’s art museum, Kunstpalais. Behind the lovely baroque façade of this building is housed an admirable collection of modern art by gifted artists including Karl Otto Gotz, Chuck Close, Emil Schumacher, Markus Lüpertz, and Andy Warhol, among others. 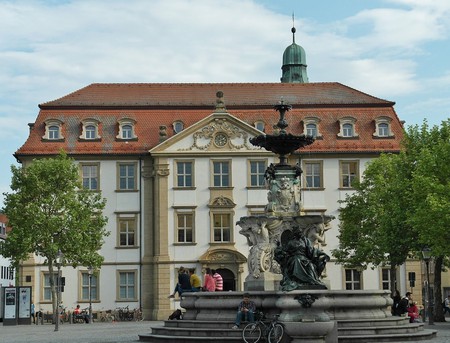 Kunstpalais | © RitaE / Pixabay
Give us feedback