The Top 10 Things to See and Do in Celle, Germany

Celle town centre | © falco / Pixabay
Celle is a quaint little town in the state of Lower Saxony, Germany. This historic town, dating back over 1000 years, enjoys a picturesque location by the Aller River. The ducal Celle Castle dominating the Celle skyline, the largest number of adorable timber-framed houses in Germany, the charming Old Town, and the general air of peace and relaxation make Celle a favorite among travelers.

Celle Castle is one of the most noteworthy among the castles of the Guelphs, a dynasty that survives even today. This large, quadrangular castle houses immaculately preserved Baroque-style rooms as well as Renaissance architecture. The Castle is also residence to the oldest Baroque theater in Europe and a stunning Renaissance chapel. Several guided tours are available for the public. 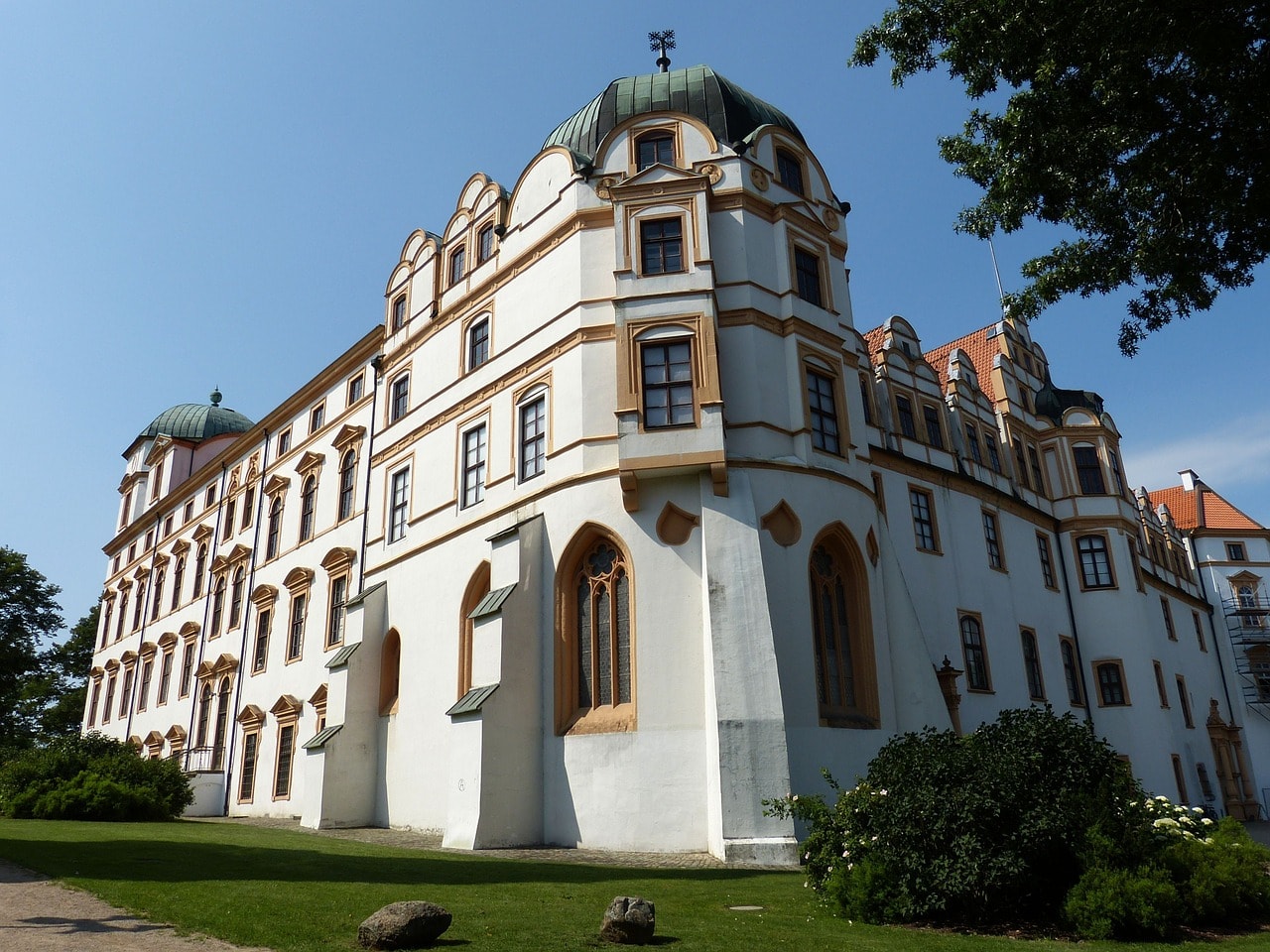 Museum
Bomann Museum | © bartlinssen1968/Flickr
The Bomann Museum is not only a top attraction of Celle, but one of the most important museums in the state of Niedersachsen (Lower Saxony). Through documents, artifacts, images, and other information, the museum details the history of Celle, Lower Saxony and Hannover. The most enjoyable section of the museum for travelers is invariably a replica of a typical 19th-century Lower Saxony farmhouse. Travelers also love looking at the vast textile collection. The museum also hosts special events and exhibitions on a regular basis.
More Info
Open In Google Maps
7 Schloßplatz, Celle, Niedersachsen, 29221, Germany
+495141124540
Visit website

Park, Zoo
Filmtier Park | © Tambako The Jaguar/Flickr
The Filmtier Park is the most popular family destination in Celle. This sprawling parkland is home to hundreds of animals across 70 species who are trained to be television and movie stars! Visitors can get up and close with these beautiful animals and birds, enjoy the animal demonstrations, and even cuddle adorable tiger cubs! There are lots of fun activities for the little ones, including a big bouncy castle and an obstacle course.
More Info
Open In Google Maps
27 Am Aschenberg, Scharnhorst Eschede, Niedersachsen, 29361, Germany
+495142987227
Visit website
Visit Facebook page

The Kunstmuseum stands out by its innovative concept as well as unique architecture. This is the first 24-hour museum in the world and truly one of its kind. The museum houses the collection of owner and founder, Robert Simon, and includes modern paintings, graphic images, sculptures, objects, and art installations from around the world. While visitors are welcome to enjoy this collection during the day, they can enjoy the light installations by international artists at night from outside! 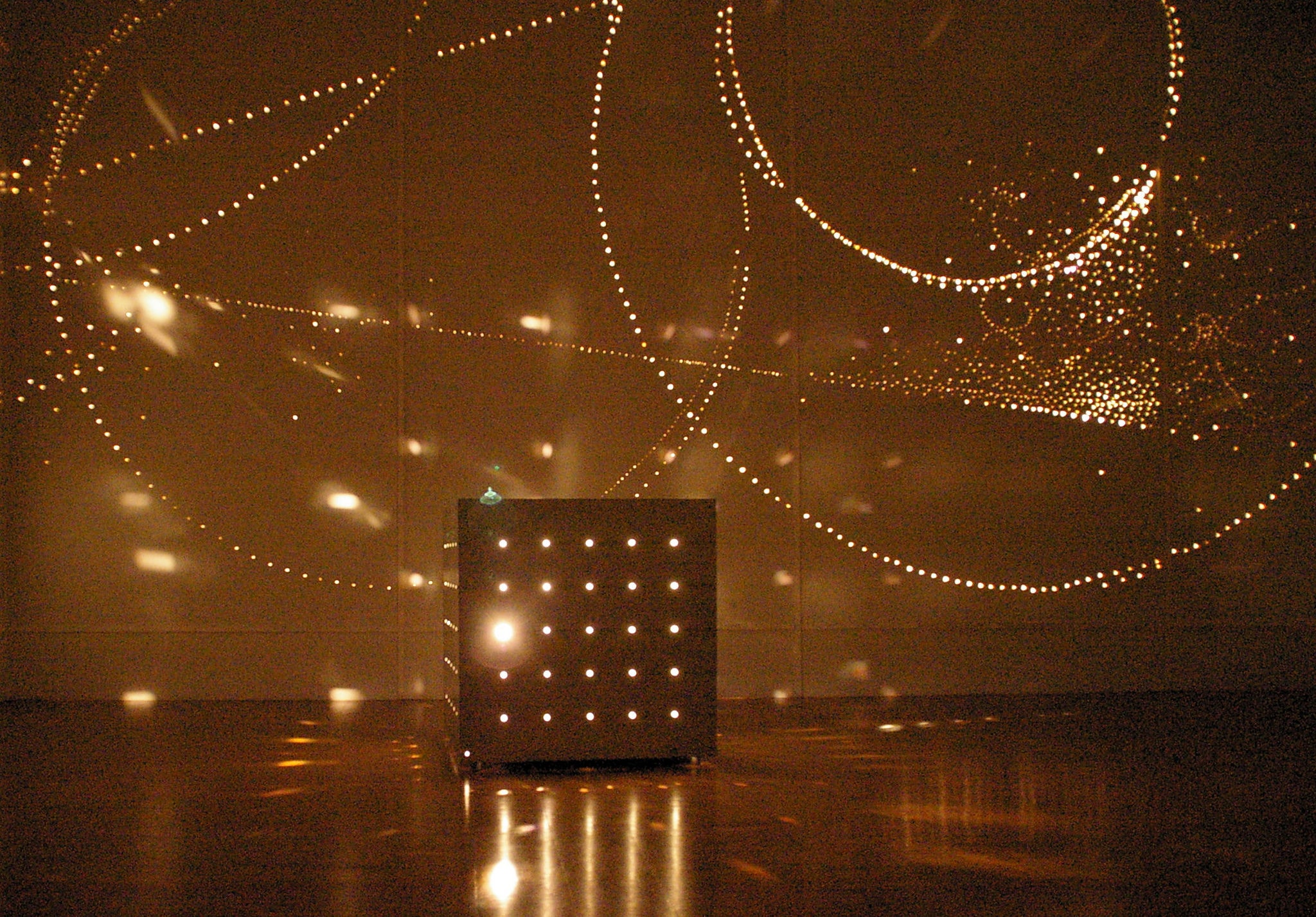 The French Garden is the green lung of Celle. Though designed by French landscape artists in the 17th century, and hence the name, today the garden has a more English appearance. The most attractive part of this protected public park is the walkway flanked by towering lime trees. The park is interspersed by colorful flowerbeds and meadows, and has a pond and fountain. 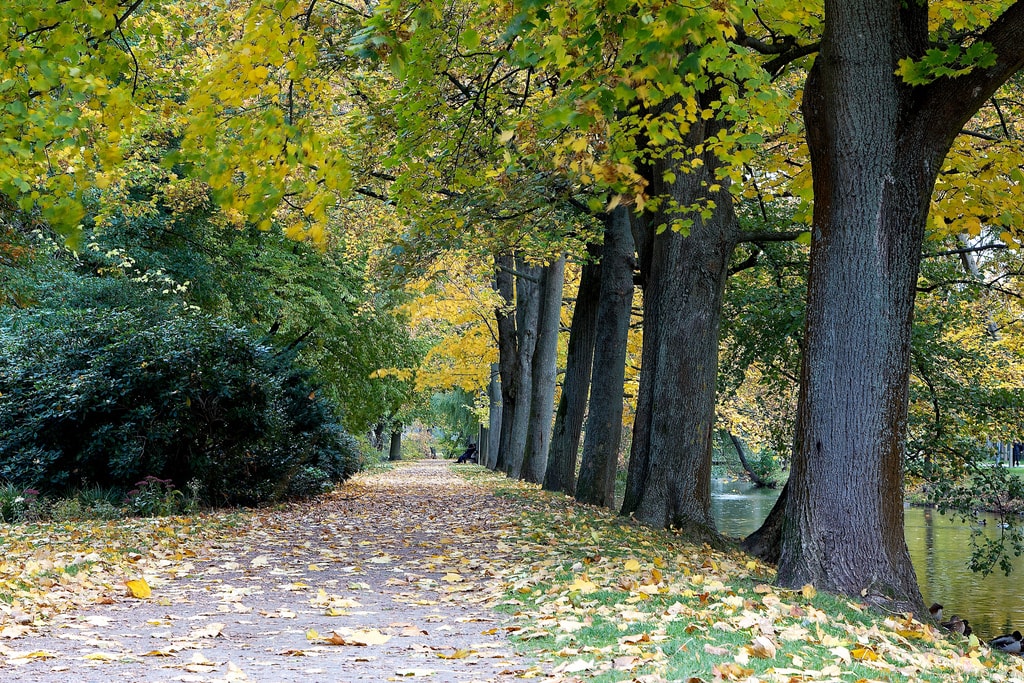 The Synagogue in Celle was built in 1740, which makes it the oldest synagogue in all of North Germany. This simple yet lovely half-timbered building is open to public. Travelers can walk through this original Baroque architecture, looking at articles belonging to Holocaust survivors, a Torah ark and its intricate embellishments, the balcony that was once the domain of women during the Orthodox congregation, and the exhibits tracing the history of Jewish culture in Celle.

The Protestant-Lutheran town church, Stadtkirche St. Marien, is 700 years old. Through the generations, it has proudly stood as a haven where the townsfolk of Celle has come to pray and seek, celebrate and mourn. The interior of the church is stunning, with art ranging from the late Renaissance to the Baroque period, Gothic pillars, a beautiful pulpit designed by Danish artists, and intricately designed organs. 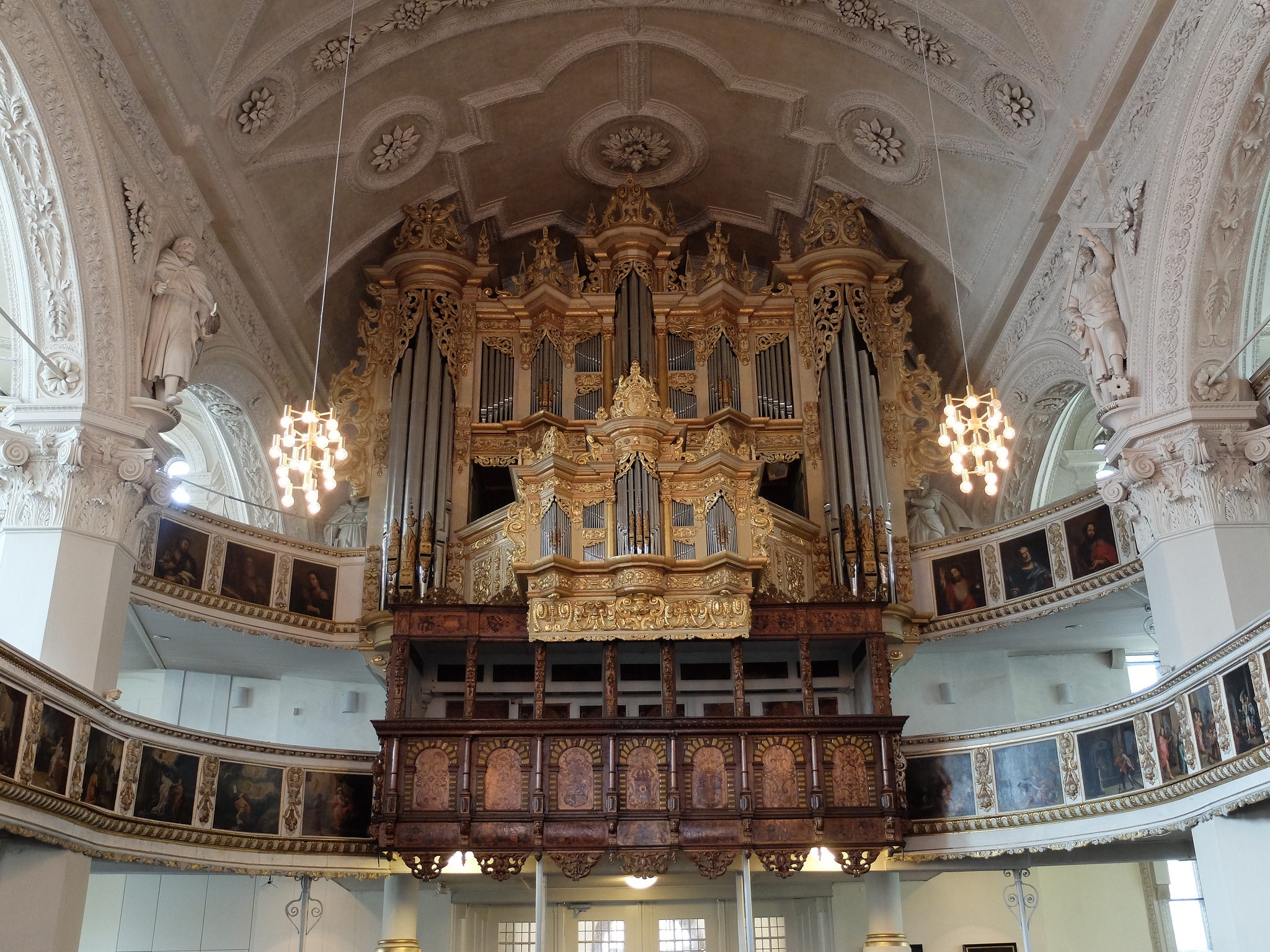 Just a few miles north of Celle lies Südheide Nature Park, one of the most beautiful natural attractions in Lower Saxony. This protected forest and heath was shaped by centuries of ice, gravel, and sand, and today it is a vast woody area. The most unique aspect of its topography are the sprawling 1,300 acres of land covered in heather. The park also houses a beekeeping and honey-producing center.

The Hoppener Haus stands out because of its unique architecture. It gives the appearances of six stories stacked on top of one another. With an impressive conglomeration of angles, pillars, and massive carvings, this is the most striking among all the half-timber framed houses in Celle. Its rich, ornate exterior depicts figures of creatures, gods, animals, reptiles, and humans. 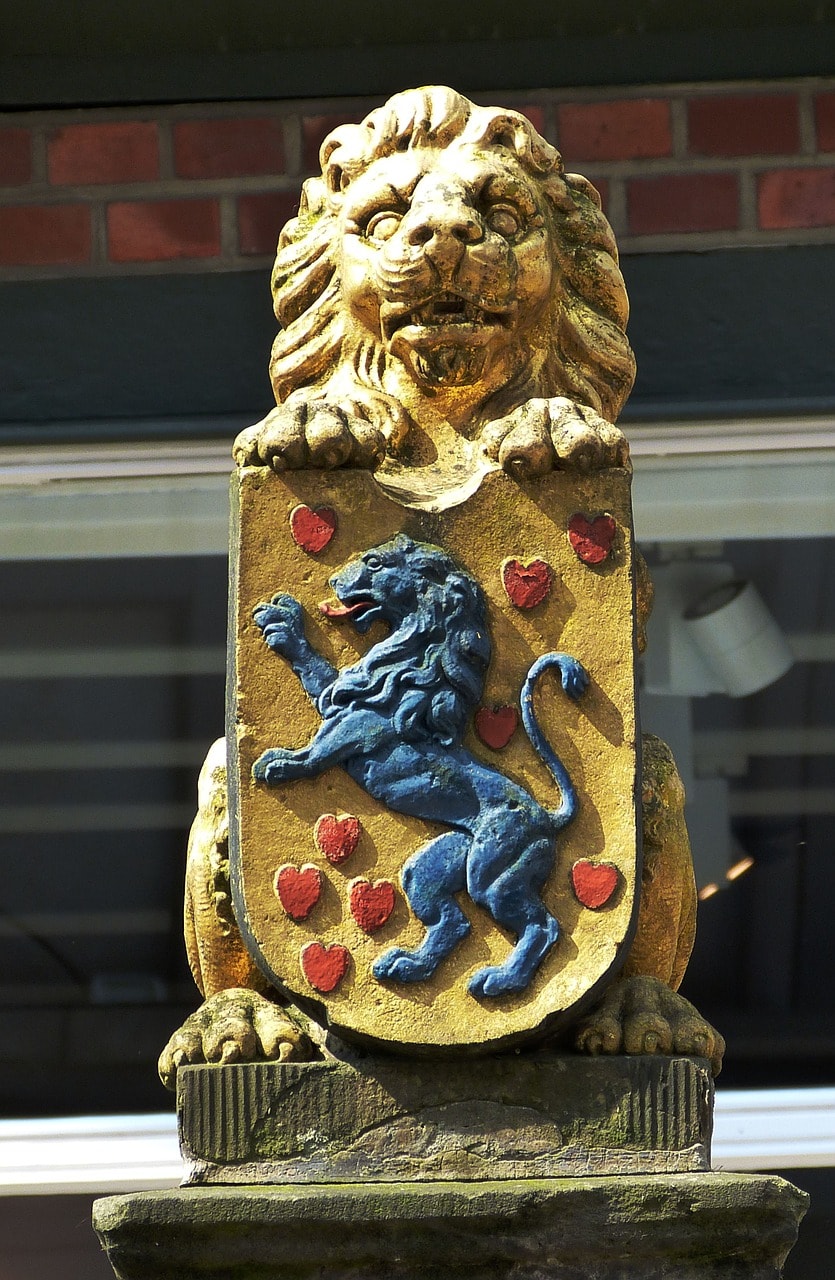 The Upper Aller Lowlands (Obere Allerniederung) is a protected nature reserve bordering parts of Celle. The area is crisscrossed by the river, low and flat lands, reed beds, pastures, meadows, bushes, and grassy patches. Unique species of birds and reptiles all call this area home. It is possible to tour this wonderful natural area on a boat or from one of the approved pathways, so as to enjoy nature from close quarters without disturbing its tranquility.