10 Historic German Castles To Step Back In Time 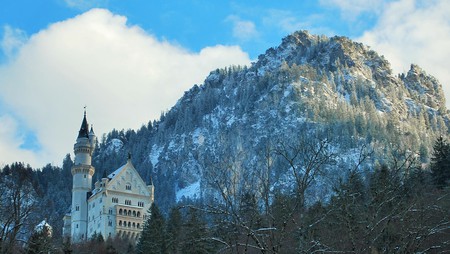 Germany is known for its well-preserved heritage when it comes to architecture. From old cathedrals to cobblestone market places, many towns have preserved their medieval core but the most striking buildings to be found are still castles. And of those, Germany has quite a lot to offer. Castles in Germany are classified into two basic types, the “pretty” castles mainly built for residential purposes, called Schlösser, and then there are castles purely built for defense, referred to as Burgen. For those wanting to discover more and not to get lost in all the choices, here are ten amazing castles from all over Germany.

History was literally written here. It was here that Luther translated the Holy Bible despite the devil himself apparently trying to deter the revolutionary monk from it and throwing his ink bottle at the wall (the stain can still be slightly made out). On top of such historic traces, the castle is still very well preserved and its interior takes you back into the Middle Ages. 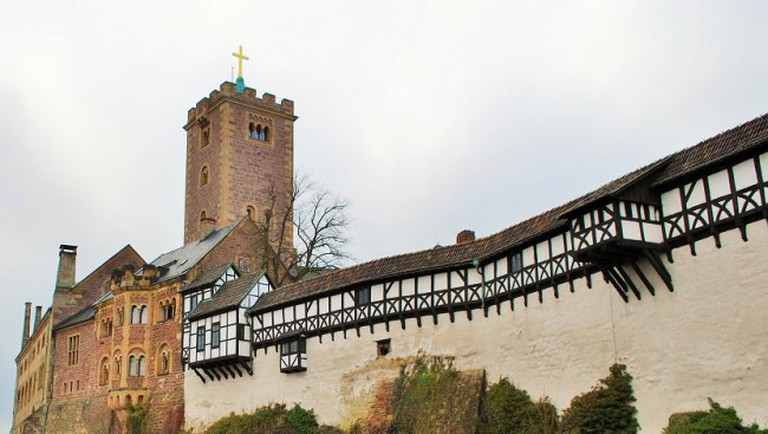 If you are looking for a dream castle in full extravagant rococo style with huge parks and beautiful statues, look no further than Belvedere in Potsdam, near Berlin. The former residency of the ‘potato king’ boasts great style and taste, and is perfect for a day outing. The estate includes elegant garden houses and neat parks as well as towers and a fake ruin. 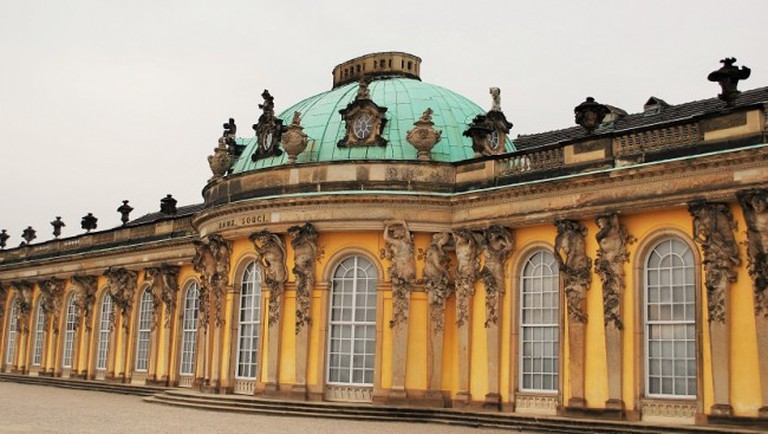 A fairy tale castle with golden roof tops, enchanted garden lake coves, huge park areas and canal systems, the castle of the state capital Schwerin has a lot of sheer beauty to offer. It snugly lies in the middle of a freshwater lake and can be discovered through park walks, guided tours within and over the rooftops, as well as from a boat cruise. 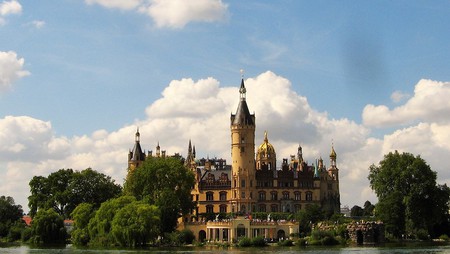 Another well preserved castle from the rococo baroque era, it can be spotted from afar thanks to its brilliant pastel colours, golden decoration and hundreds of roses surrounding it. In fact, every year a Rose Queen is crowned and represents the small town. Even without the proper timing to meet her during the crowning ceremony, a visit to the castle is well worth it. The gardens are perfectly trimmed and the view down wine slopes and over lush fields and forests is great, no matter the season. 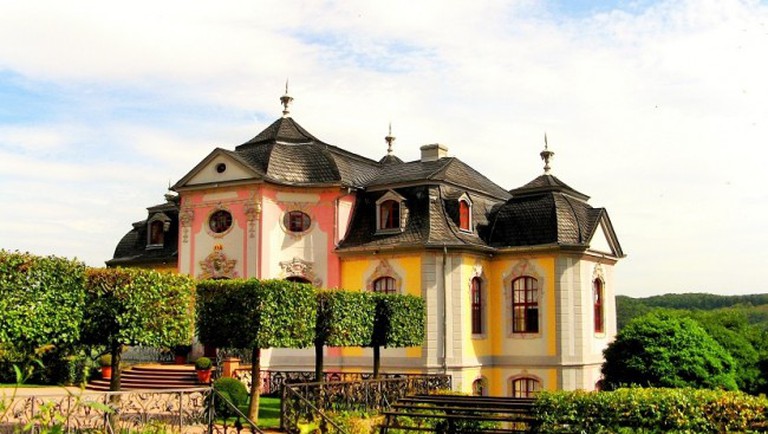 The ultimate castle for all visitors to Germany is the fairy tale castle on which Disney based his famous Cinderella castle. Only a little drive from Munich, it can be easily reached by car and after a short walk through the woods. Visitors should be prepared to buy tickets in advance and wait until their numbers are called. The guided tour throughout the rooms is rather short as the castle was never completed after the mysterious death of the king. The rooms shown, however, reflect his eccentricity and romantic approach to interior design at the time. 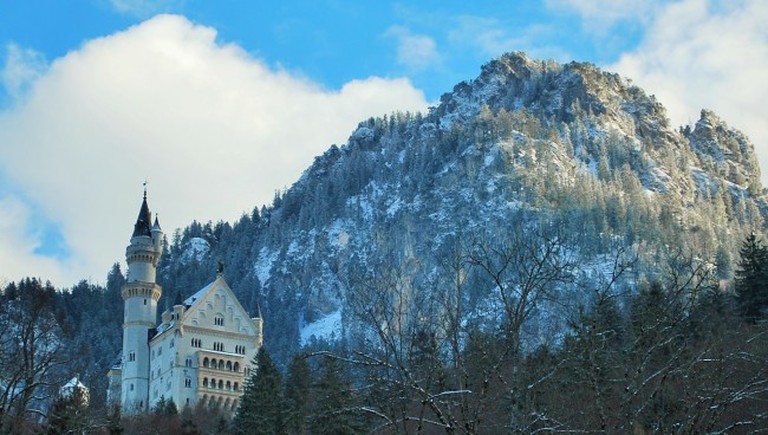 Also lesser known but with its burnt rose colour, hard to overlook. The castle was used for hunting purposes in the woods on the island of Rügen, which shows in the furniture made from antlers and many stag skulls decorating the tapestry. The highlight of the castle is the iron wrought wound staircase that leads into the tower. It is rather shaky however; you can see through the gaps and it has no railing. 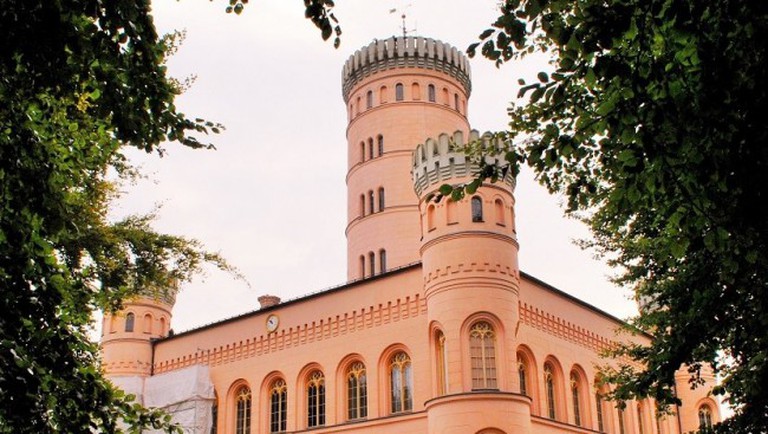 Erected in the 18th century, the castle in the town of Ludwigsburg served the purpose of a Duke’s residence and is one of the biggest baroque castles in all of Germany. It is surrounded by gardens and parks from three angles, which host annual festivals, such as pumpkin exhibitions. What is visible nowadays is a mix between modern and baroque gardening, known as the ‘blooming baroque’, due to its many flower arrangements. In fact, the whole castle reflects different architectural styles across time, for instance, classicism. 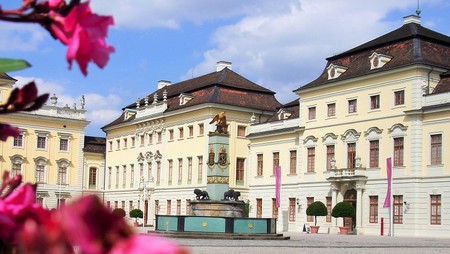 Castle Augustusburg was built for hunting purposes as well in the 16th century on top of a castle ruin. It, as well as the town it is located in, were named after Prince Elector August and meant to show his new riches after a successful victory. High up on a mountain near the Saxonian city Chemnitz, it still sits within landscapes of forests and fields. The square complex is rather big with many wings and yards within and is clearly visible from a distance with its white walls and decorative red bricks. 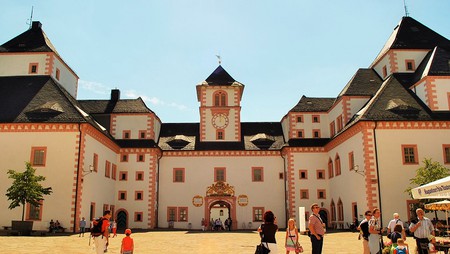 Near the city of Naumburg you can see these two castles overlooking the river Saale and facing each other. The ruins can still be visited today and are part of Germany’s Romantic Road, which connects important castles, cloisters, cathedrals and churches throughout the country. The first church was destroyed in the Thirty Year’s War and the other fell into disrepair over time. Nowadays, they are state-protected and prove a popular regional attraction for tourists. 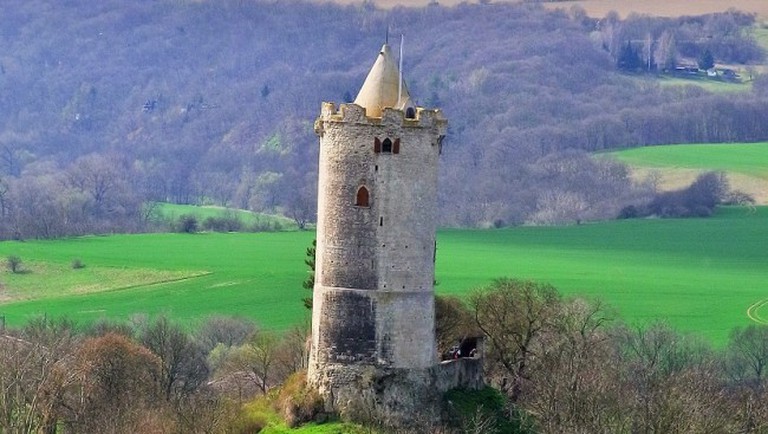