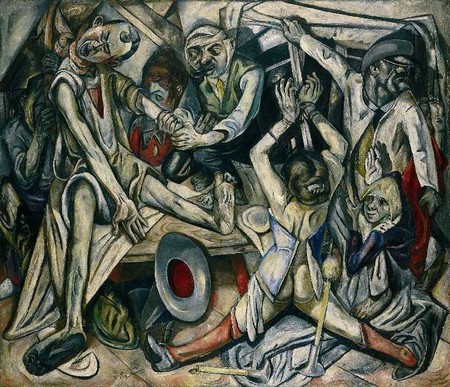 Known as one of the leading German artists of the 20th century, Max Beckmann is often associated with the Expressionist movement. But he cannot be pigeonholed: refusing to join any artistic movement, he was a solitary pioneer of a unique symbolism and style. Throughout his life, he created more than 800 paintings, and hundreds of prints and drawings that are spread all across the world.

The artist was born in 1884 in Leipzig into a middle class family, and from an early age it was clear to him that he was destined to become an artist. Studying at the art academy in Weimar, he underwent a traditional and academic education, drawing from antique sculptures and live models. He met his future wife Minna Tube at university — she was a fellow student and later gave birth to Beckmann’s only child, Peter.

Painting under the influence of Impressionism, Beckmann’s great talent soon became recognized and he started exhibiting his work with the Berlin Secession; mostly painting mythological and religious scenes in a traditional manner. In 1910, he became elected as a board member of the group, the youngest ever to achieve this status. So far, life had been generous to Max Beckmann, but things were about to change. 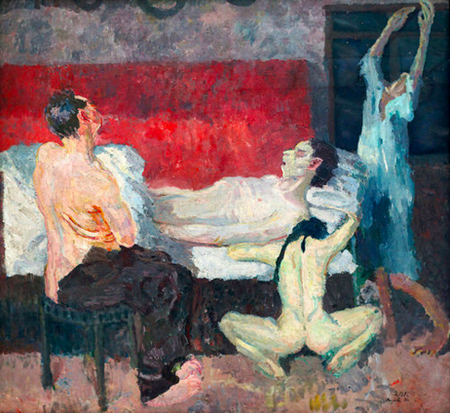 World War I and Its Consequences

Beckmann joined as a volunteer for the medical corps in 1914, and subsequently served in Belgium. Initially filled with hope, the horrors of the war he had witnessed completely changed his perspective of the world and lead to the loss of his trust in mankind. After suffering from a mental breakdown in 1915, Beckmann was dismissed, returning to Germany. He settled in Frankfurt, where he started painting again in 1917. Remembered as the artist painting in the manner of Impressionists, the experiences Beckmann lived through changed and radicalized his art completely. His paintings became more distorted, grotesque and filled with haunting metaphors. 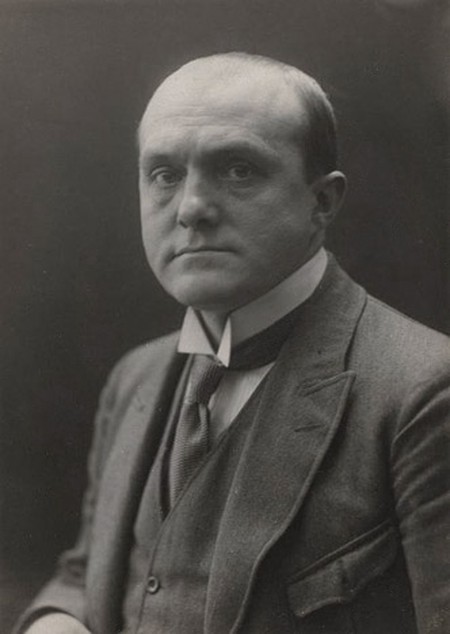 The Night, finished in 1919, is an example of a piece of work in which Beckmann processed his emotions and the horrors he has seen: it shows the torturing of a family, which refers back to the war, as well as portraying the current political post-war situation in Germany. The chaos represented is emphasized further by Beckmann’s use of brown and red tones. The mysterious symbolism Beckmann employed in his paintings, including the Night, is still not fully understood today. For example, one can spot a gramophone next to a fallen candle, and the significance of this is still not known to anyone but the artist himself.

Slowly, the artist recovered from his mental breakdown. In 1925, he was appointed a teaching post at the Frankfurter Städel School of Art and became internationally recognized. In the same year, Beckmann divorced his first wife in order to marry Mathilde von Kaulbach, known as Quappi, who is prominently featured in his work. She was 20 years younger than him, and devoted her life to support his career. 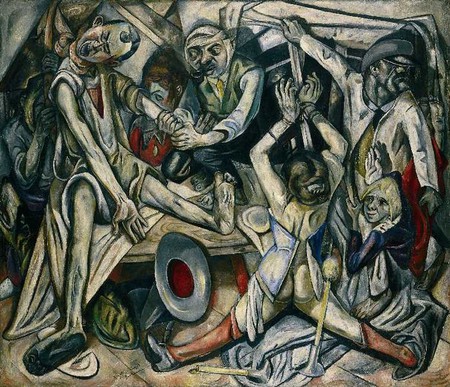 With the rise of Hitler in Germany, it became harder for German Modern artists to sustain themselves. The Nazi regime considered Modern art to be morally and socially corrupt, and labelled it as degenerate. Art by Jewish people, non-Germans, or works critical of society, were banned, and by the end of the 1930s over 600 of Beckmann’s paintings were confiscated. Even though the artist was not politically active, his work was considered primitive and as soon as Hitler gained power in 1933, Beckmann lost his teaching position in Frankfurt and moved to Berlin. During this time, The Departure was created: even though it does not necessarily address any political issues, it is considered today to be a statement about the Hitler regime. This work is the first in form of a triptych, meaning that it is divided into three sections. This format is inspired by medieval and Renaissance altarpieces, which were highly inspiring for Beckmann after his return from World War I. 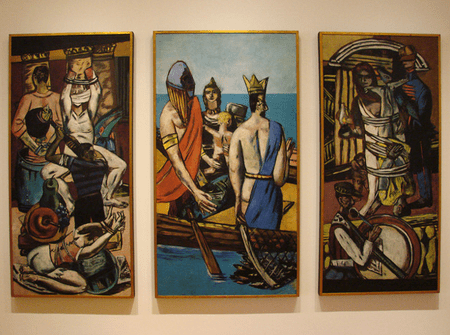 The high point of the degenerate art prosecution was an exhibition organised in 1937, labelled ‘The Degenerate Art Exhibition’, which featured Beckmann’s work. As soon as Beckmann found out about this event, he fled the country to Amsterdam with his wife. He never returned to his homeland again. Even though the artist received support from family and friends, he felt isolated during his time in Amsterdam, which is reflected in several self-portraits he painted during this time. 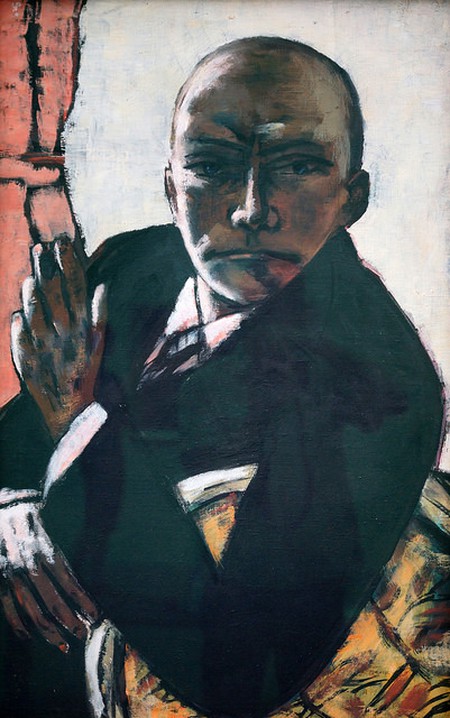 At the outbreak of the Second World War, Beckmann was offered a teaching position at the Washington University Art School in St Louis, but the US consult in The Hague refused to provide a visa and the artist remained in Amsterdam until the end of the war. In 1945, Beckmann’s efforts to emigrate were finally successful, and he moved with his wife to the United States, where he remained until his death in 1950. By the time of his death, he was already established as one of the leading painters of the 20th century, and his legacy still lives on today. 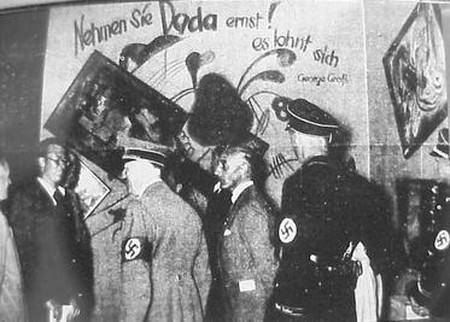