The Story Behind the Dusseldorf Cartwheeler 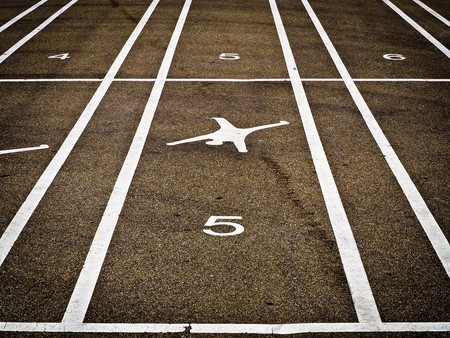 As an icon of Dusseldorf, the Cartwheeler (Radschläger) is a serious rival of the Rheinturm, and certainly more adored. Imagery of cartwheeling children in various stages of this gymnastic (two feet in the air, two arms in the air, one arm and one leg in the air) are splattered throughout the city. 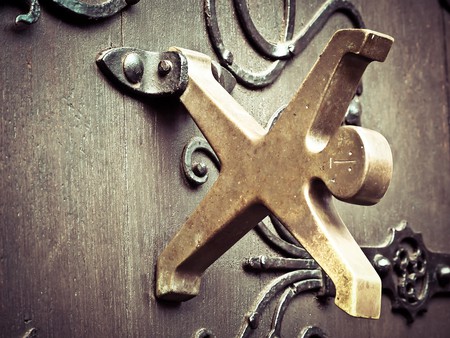 Where can you find the Cartwheeler?

Everywhere. From shop windows to door knockers, from manhole covers to chocolates, from souvenir keychains and mugs to roadsides, on stamps and in sculptures, the merry Cartwheeler is a constant reminder that Dusseldorf is serious about being happy. The most famous Cartwheeler imagery is the Cartwheeler’s Fountain (Radschlägerbrunnen) in Burgplatz. Finding children cartwheeling with admirable dexterity in playgrounds and tourists trying out this maneuver for holiday photos is also very common. A fun game to play while in Dusseldorf would be to count how many Cartwheelers can be spotted. 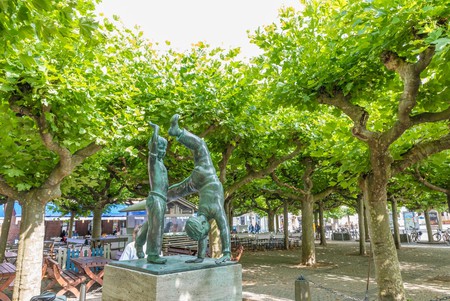 Competing histories: the battle or the broken wheel

Theories about the history of the Cartwheeler vary widely, but each story, or myth, is interesting. A popular belief is that Adolf VIII, Count of Berg, defeated the Archbishop of Cologne in the fierce Battle of Worringen in 1288, and residents of Dusseldorf, especially children, had cartwheeled down the streets to celebrate Dusseldorf being granted town privileges.

Another version insists that when a wheel of the wedding carriage of a royal couple came off, a boy cartwheeled alongside the carriage in place of the missing wheel to ward off bad luck. Some narrations add to it, saying that the bride was unhappy with the marriage and the boy’s antics had made her laugh in spite of her aching heart. Though many Dusseldorfers subscribe to this adorable story, whether the wedding was between Jan Wellem and Anna Maria Luisa de’ Medici or Margravine Jakobea of Baden with Johann Wilhelm of Jülich-Cleves-Berg has always remained a subject of debate among locals.

A penny for a cartwheel

In the 20th century, children in Dusseldorf were known to perform cartwheels for tourists in exchange for coins. Tourists were only too happy to play a part in keeping this happy tradition rolling. 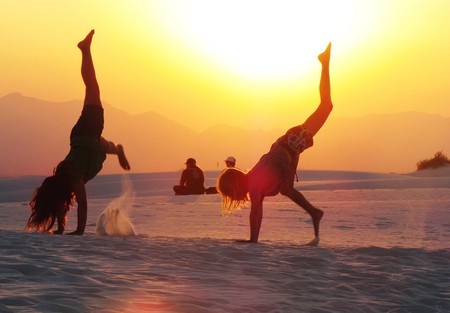 To keep this fun tradition alive, the Cartwheel Championship was introduced in 1937. Today, every summer, around 700 children from 15 countries arrive in Dusseldorf to fight for the coveted title of Cartwheel Champion by impressing judges with their skill, speed, style, and flexibility. The cartwheel track stretches for up to 65 feet on the Rhine bank. 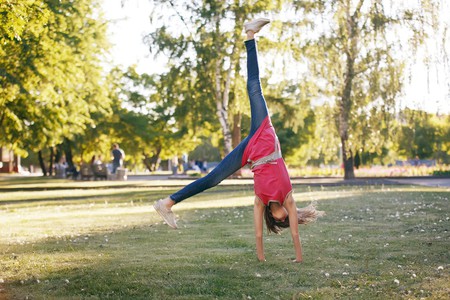 Cartwheel in the Park | © Kseniia Vorobeva/Shutterstock

In 2001, the Cartwheeler-Art Project (Radschläger-Kunst) was kicked off. As a part of this unique project, artists and sculptors created over 100 Cartwheeler sculptures, each two meters high, two meters wide, and 30 centimeters deep. 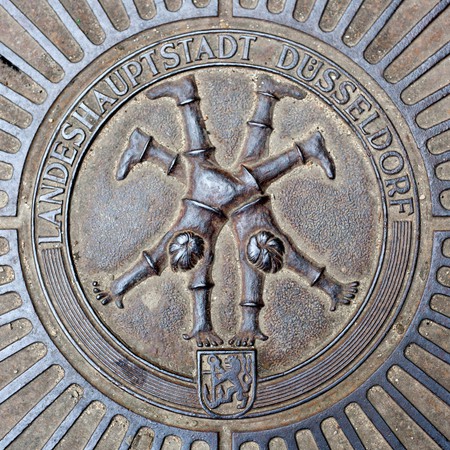 Emblem of famous Dusseldorf cartwheelers | © Kaesler Media/Shutterstock
Give us feedback