The Oldest Public Library Has Just Been Discovered in Germany 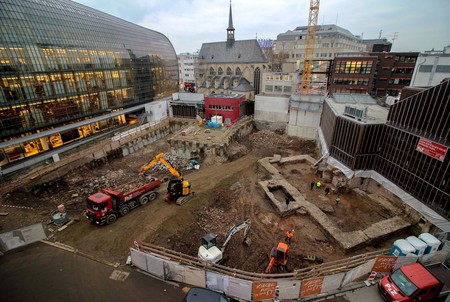 A sensational find made international news last week when archaeologists announced that they had found an ancient library in the heart of Cologne dating back to the second century AD.

Back in 2017, construction in the basement of a Protestant church in central Cologne had brought the foundations of an ancient building to light. This was not too unusual for a city that was built on the remains of an early Roman settlement and that has been a treasure trove for archaeologists for decades.

Convinced that the building’s walls came from the Roman period, the structure’s configuration and layout puzzled the excavation team—small niches measuring 80cm by 50cm (31in by 20in) were found all throughout the site and archaeologists sensed they may have discovered something special. Last week, they finally confirmed they had dug up the remains of a 2,000-year-old library. 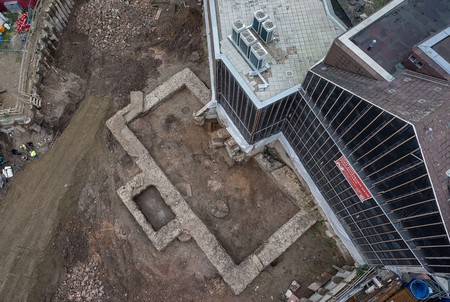 “It took us some time to match up the parallels—we could see the niches were too small to bear statues inside. But what they are are kind of cupboards for the scrolls,” Dr Dirk Schmitz from the Roman-Germanic Museum of Cologne told The Guardian. “They are very particular to libraries—you can see the same ones in the library at Ephesus.”

Built over two millennia ago, this is the oldest public library ever to be discovered in Germany, or even in the north-west Roman provinces, Schmitz believes. The vast complex is thought to have stored up to 20,000 scrolls.

Now, archaeologists are working to preserve the walls for generations to come. Parts of the structure will be integrated into the planned Protestant church community centre and opened to the public.

The library will be quite the addition to Cologne’s fascinating set of archaeological sites and activities, which include tours of an ancient Roman sewer system, the Praetorium and the world-renowned Dionysus mosaic, which is only one of many captivating exhibits on display at the Roman-Germanic Museum.