The Most Unusual Things to Do in Dresden

Silbersaal at the Historic Green Vault Historischen Grünen Gewölbe | © SKD, Photo: David Pinzer
Grand Baroque architecture, picturesque river views and turbulent history are ubiquitous when you walk around Dresden. The city virtually bursts at the seams when it comes to sights worth seeing. From oddly themed museums to cutting-edge art installations, here are some unique experiences you can have in Dresden.

Marvel at the church that rose from the ashes

Like no other landmark, Dresden’s Frauenkirche, or Church of Our Lady, stands for peace and reconciliation. After being destroyed in World War II, the joint effort of international organisations helped rebuild Dresden’s Frauenkirche. You can learn about the history, architecture and the church’s peace-building work from volunteers during the ‘open hours’. 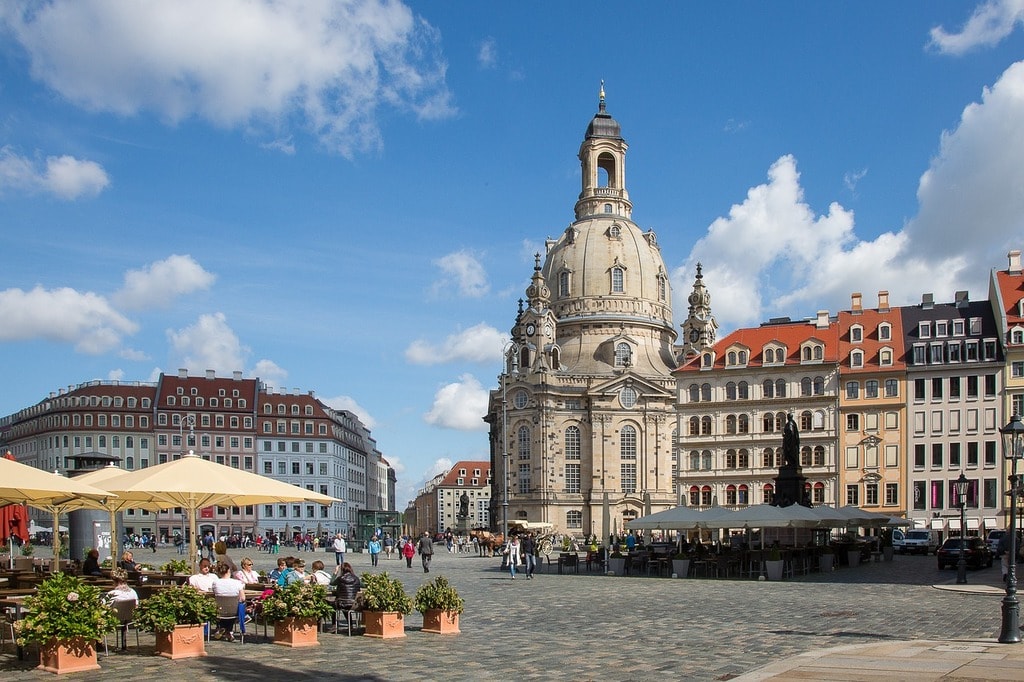 Buy a treat at the real-life Mendl’s Patisserie

Well, almost. Remember the insanely beautiful Mendl’s Patisserie in Wes Anderson’s The Grand Budapest Hotel? The scene was actually filmed here at the Pfund’s Molkerei, a creamery that was founded in 1891. Hand-painted porcelain tiles decorate the walls and the counter where you can buy cute souvenirs and dairy products. If you feel like having a treat, head to the upstairs restaurant for some ice cream or a milkshake.

The Kunsthofpassage in the Äußere Neustadt quarter is a hub for local artists. The complex of five joint courtyards features bright wall murals, installations and mosaics. One of the highlights is the so-called ‘Courtyard of Elements’. Drain pipes and funnels are attached to the house front and when it rains, the water runs through the metal elements and creates sounds that resemble a voice singing. 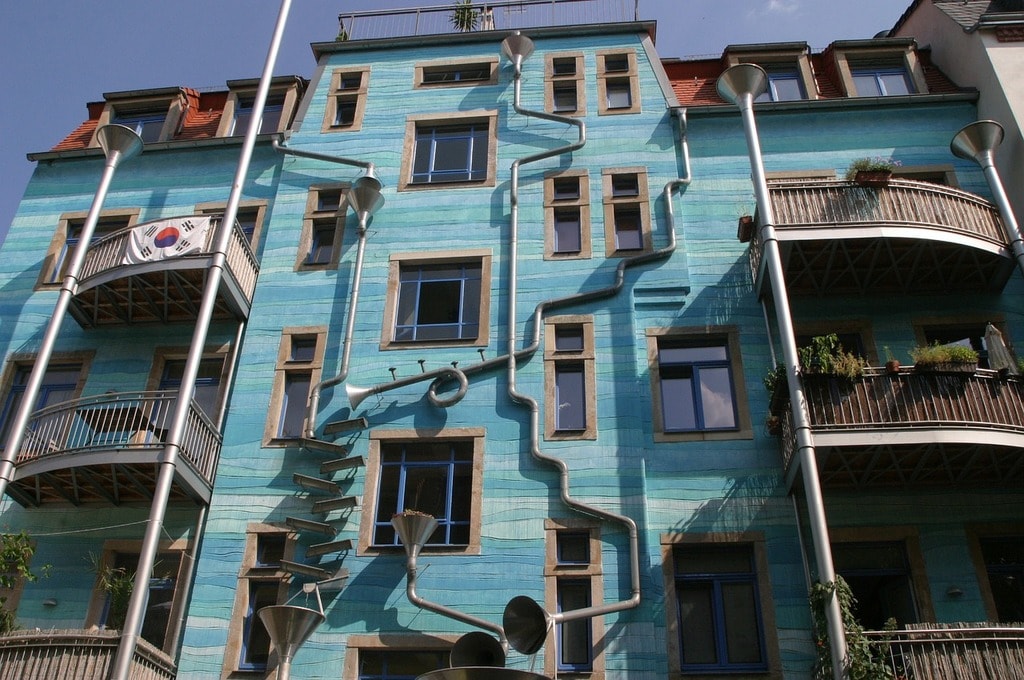 Float above the city skyline

The Dresden Suspension Railway in Loschwitz takes visitors to a platform from which you have panoramic views of the city’s historic skyline. The Schwebebahn (floating train) is among the oldest of its kind and transported the first guests back in 1901.

Take a Trabi tour of Dresden

Trabi is the nickname of the iconic Trabant car which was produced in East Germany until 1990. The much-loved car became a symbol of the reunification when thousands of people left the DDR and drove west after the fall of the Berlin Wall in 1989. Today, you can join a guided tour of Dresden’s sights by cruising the city as part of a Trabi convoy. 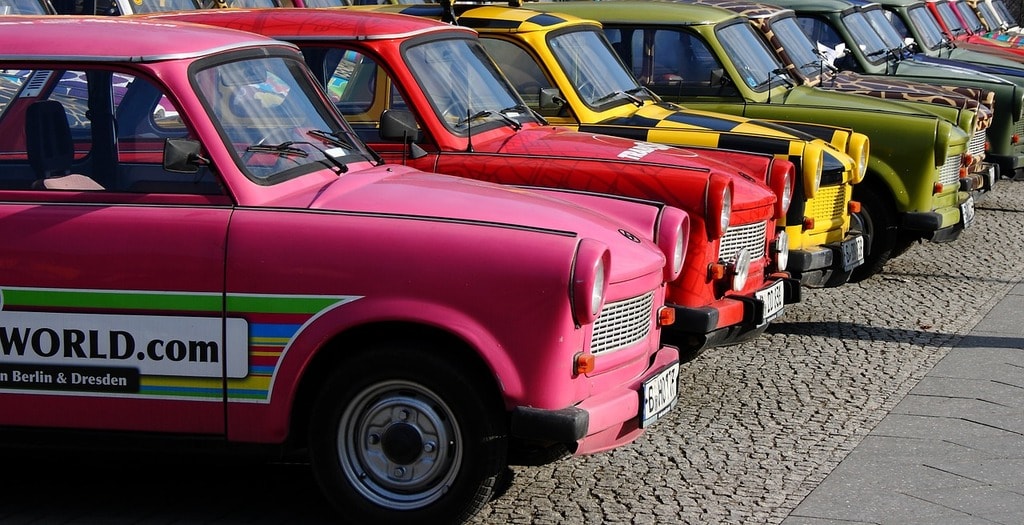 Get clean at the German Hygiene Museum

Just kidding. The name alone might put people off visiting, but the truth is that the uninspiring concrete walls hold some pretty interesting facts about us as humans that have little to do with disinfectants or toothbrushes. The permanent exhibition rather deals with everything revolving around our bodies and answer questions along the lines of ‘What does growing old feel like?’ and ‘Why do we feel shame?’

All that glitters is not gold – it might also be diamonds, gemstones or rare rock crystals. Treasures of inestimable value are on display at Dresden’s Grünes Gewölbe, or Green Vault. The palatial rooms of the treasury are pieces of art themselves and show Europe’s most comprehensive collection of gold art, jewellery and other art objects from microscopically small wood carvings to statuettes. 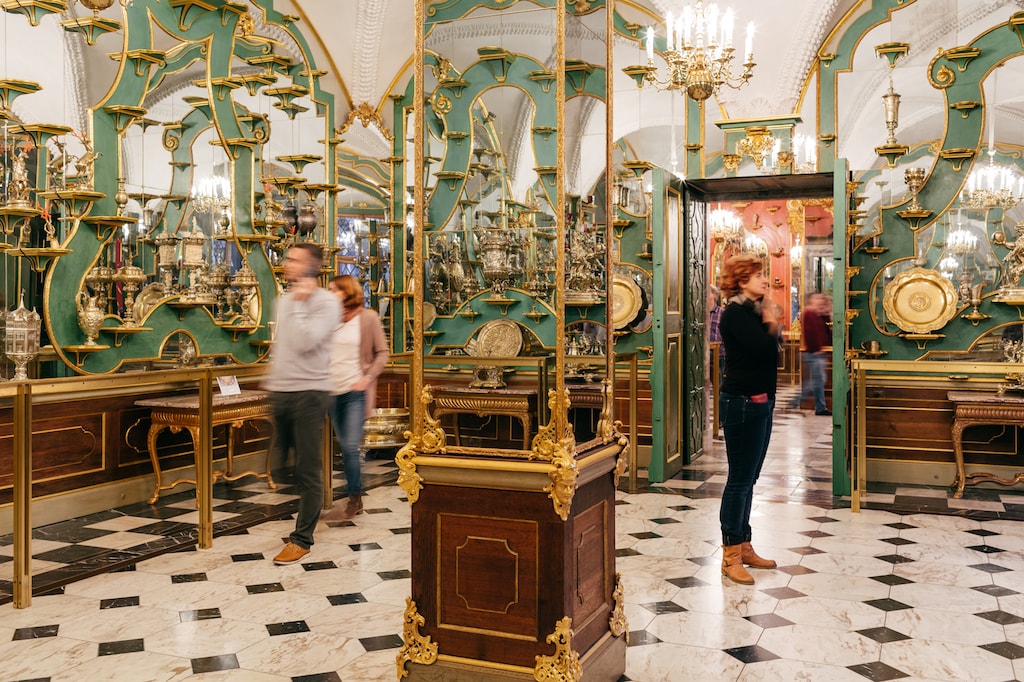