The Most Unusual Things to Do and See in Lübeck 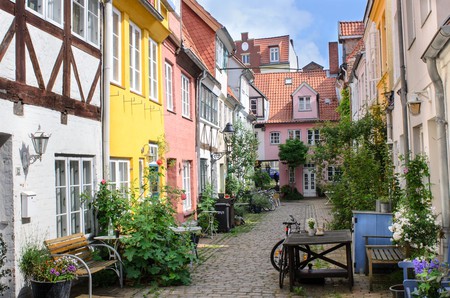 If you find yourself heading to northern Germany, do consider making a trip to Lübeck. It’s one of Germany’s most romantic and beautiful towns, with a unique combination of brick Gothic architecture, maritime attractions and idyllic courtyards. We took a look at the most unusual things to see and do in Lübeck.

Learn about the Hanseatic League

Lübeck is known as the cradle of the Hanseatic League, a powerful union merchant guild that emerged in the 1100s and controlled the maritime trade region from the Baltics to the North Sea for more than 300 years. In 2015, the European Hansemuseum (€12.50) opened its doors with a fascinating exhibition telling stories of trade boycotts, piracy, plague epidemics and the powerful individuals involved.

Treat yourself to some marzipan

The sweet, sticky candy is not everyone’s cup of tea, but if you ever wanted to try it, do so while in Lübeck. Like Champagne or Kölsch, the name Lübeck Marzipan is protected under EU laws and may only be used for select Lübeck manufacturers. Niederegger marzipan is made of 100% almond paste – no added sugar, sweeteners or other additives – and it’s delicious. Their café dishes up all kinds of treats, from marzipan-flavoured liqueur and coffee to truffles and cakes. 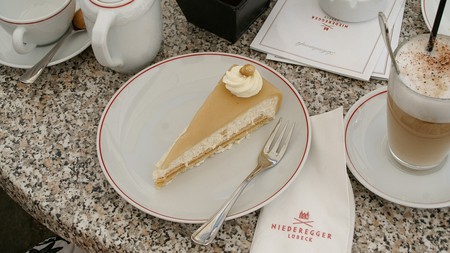 In a homage to a 15th-century painting that was destroyed during World War II, St. Mary’s Church received a new set of stained glass windows in the 1950s. But rather than biblical scenes or mesmerising geometric patterns as you often see in churches, the windows depict the morbid scenes of dancing corpses and skeletons. The Danse Macabre is a renowned artistic motif dating back to the Middle Ages, trying to show that ultimately, death unites us all.

Lübeck’s cityscape is dominated by prime examples of brick Gothic architecture typical for the region. The city’s most famous landmark is the iconic Holstentor, which features a red brick facade and a grey-shingled tower on each side. Other examples are Lübeck Cathedral and the imposing city hall, which is one of the largest medieval town halls in all of Germany. 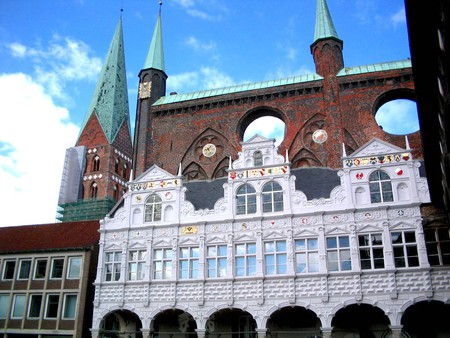 Get lost in the mews and courtyards

Tucked away behind the gabled townhouses of the city centre, you’ll find lots of stunning courtyards, mews and alleys. The cobbled plazas are a remnant of medieval times when the economic boom forced city planners to come up with a stopgap solution for additional housing. They broke small archways through house fronts and constructed tiny huts in the inner courtyards. Today, the small and colourful houses add a unique flair, making you feel as if you have stepped back in time.

See one of the last windjammers

Passat means ‘trade wind’ in German, and the name for the four-masted sailing ship couldn’t be more fitting. For 46 years, the Passat crisscrossed the oceans, circumnavigating the treacherous Cape Horn 39 times to ship cargo from one part of the world to another. Today, it’s one of the world’s last remaining windjammers, and it’s safely anchored in Travemünde Harbour and welcomes tourists aboard to explore the captivating exhibition about the ship’s journey.

Wonder about the broken bells

In 1942, Allied bombing raids devastated nearly half of the buildings in Lübeck, St Mary’s Church being one of them. Many of the ecclesial treasures were destroyed, and the two church bells fell from the tower and crashed onto the tiled floor. While the church was meticulously reconstructed and now shines in new splendour, the broken bells were left right where they hit the floor and now serve as World War II monument. 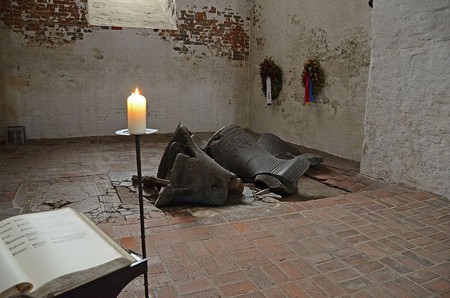