The Most Unique Experiences to Have in Cologne 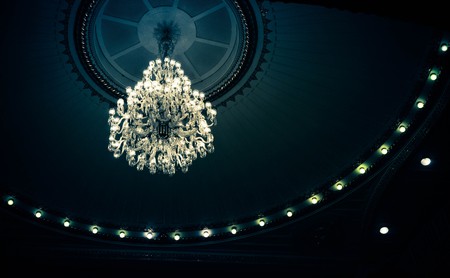 Visiting Cologne means going to the Dom, drinking some Kölsch and visiting a Bauhaus for a plate of salty pork heaven, sure, but there’s far more to the city than just that. Here’s 7 things you can do in the city that will definitely add to your post-holiday anecdotes.

See a chandelier in a sewer

The sewers in Cologne were first built when the Romans were in town, so they’ve seen a lot… of stuff and, more importantly, worked just fine until a population explosion in the 19th century pushed the 1800 year old infrastructure past its capacity. The new system, unveiled in 1890 was so impressive, the King decided to visit, and what does a sewer worthy of royalty need? A chandelier. Or two.

In the end the King didn’t show, but the chandeliers stayed. In the 21st century there are tours of the sewers and a regular concert has been happening every year since 2000. The German word – Kronleuchtersaal – may be a help with any Google searching.

There are many bunkers scattered throughout the city of Cologne and some of them, particularly the one in Reichenspergerplatz, two stops from the main train station, is open for tours on the first Sunday of every month at 2pm. It’s small in there, but clean and not particularly claustrophobic or smelly.

Cross the Rhine in a rickety old boat

A delight for kids of all ages, the Weiß-Zundorf ferry, called the Krokodil crosses the Rhine in the south of Cologne after it makes a bend towards Bonn. The trip takes about 10 minutes and cuts straight across the river, it’s a great way to see cargo ships up close as they come careering around the corner. The ferry as the midpoint in a bike ride from the main station along the left side of the Rhine to Zundorf and then back into town through Weiss, makes a great day out.

Make your own perfume

Cologne has two famous perfume houses: 4711 and Farina. It is possible to buy a bottle from either, but for a special souvenir, head to 4711’s headquarters in Glockengasse and design your own signature scent in one of the workshops. Given every Thursday at 3pm and lasting one hour, the workshops are usually in German. If that’s a bit too much for you, it’s possible to arrange a private English tutorial.

Leave a love lock on the bridge

It’s corny, but adorable. If you’re in Cologne with your loved one, join the thousands of others who have left a symbol of their love – a padlock – on the Hohenzollern Bridge. It’s about 10 minutes’ walk from the main station and, crucially, is one of the busiest rail bridges in the world. The bridge has so far been strong enough to take the weight of the world’s love, estimated at 2 tonnes (2.2 tons). Be sure to throw the key in the river after you’ve added your lock to this charming tradition.

Find a car hidden in cement

In the centre of the road, in the centre of town lies a secret encased in cement. In 1989, an artist called Wolf Vostell covered an old Opel Captain with cement and hid it in plain sight on an island in the middle of the road. For days after the car’s entombment, the radio could still be heard. Find this strange piece of Cologne history between Friesenplatz and Rudolfplatz, right near the Rewe supermarket.

Consider how you, too, might use the bones of hundreds of virgin martyrs as decorative objects

The story is complicated, but basically, around the year 300, someone called Ursula went on a European tour with 11,000 of her closest virgin friends. After stopping in Rome and collecting the Pope, the posse was captured and murdered in Cologne by a band of roving Huns. 800 years later, a mass grave was uncovered and the bones immediately attributed to this unfortunate historical event.

What to do? Decorate the inside of a church with the bones, of course. Cologne was a prime site on the Medieval pilgrimage route and tourist traps worked as hard to get customers in the door as they do now. These days though, you can step inside the church for just 2€.