The Most Romantic Cities in Germany
The Pegnitz riverside in Nuremberg, Germany | © Val Thoermer / Shutterstock
Germany / See & Do

The Most Romantic Cities in Germany

Germany offers a whole range of romantic spots, from fairytale-like landscapes to romantic towns ideal for honeymooners. The following list includes some of the country’s most romantic cities that lure visitors with picturesque old towns, medieval castles and scenic landscapes. Here are eleven of the most romantic cities in Germany. 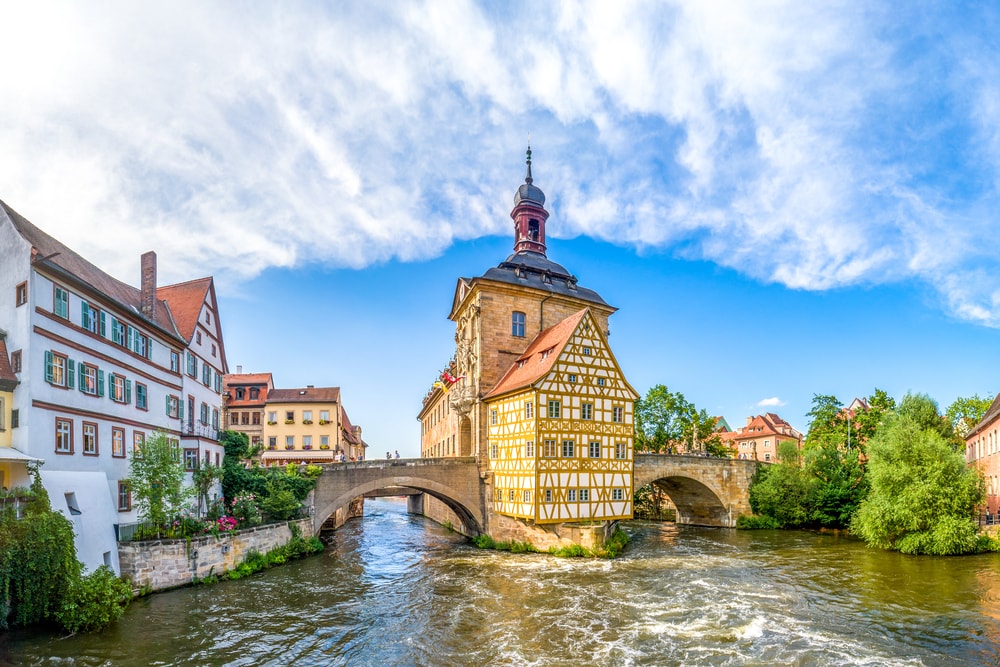 Bamberg is just 60km (37 miles) away from Nuremberg and an absolute gem of medieval architecture. The city’s Old Town is composed of a web of cobblestoned street alleys, well-preserved medieval houses and landmarks, and proudly dons the UNESCO World Heritage Site tag. You can soak up the romantic flair by simply strolling around Little Venice, the Neckar riverfront and past the imposing buildings that frame the Domplatz square for a day or two. 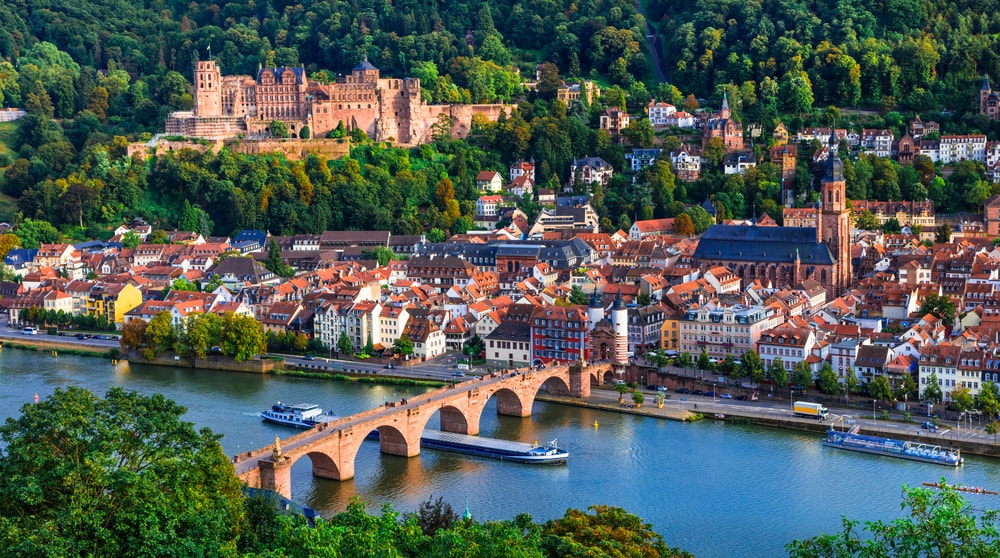 Heidelberg boasts some incredibly romantic spots. A beautiful Old Town surrounded by forested hills, a winding river that cuts through the city centre, and a medieval castle perched on a hill overseeing it all. Over the years, the picturesque city has cast a spell on some famous wordsmiths, including Goethe, Heinrich Heine and Mark Twain, who said that Heidelberg ‘is the last possibility of the beautiful’. 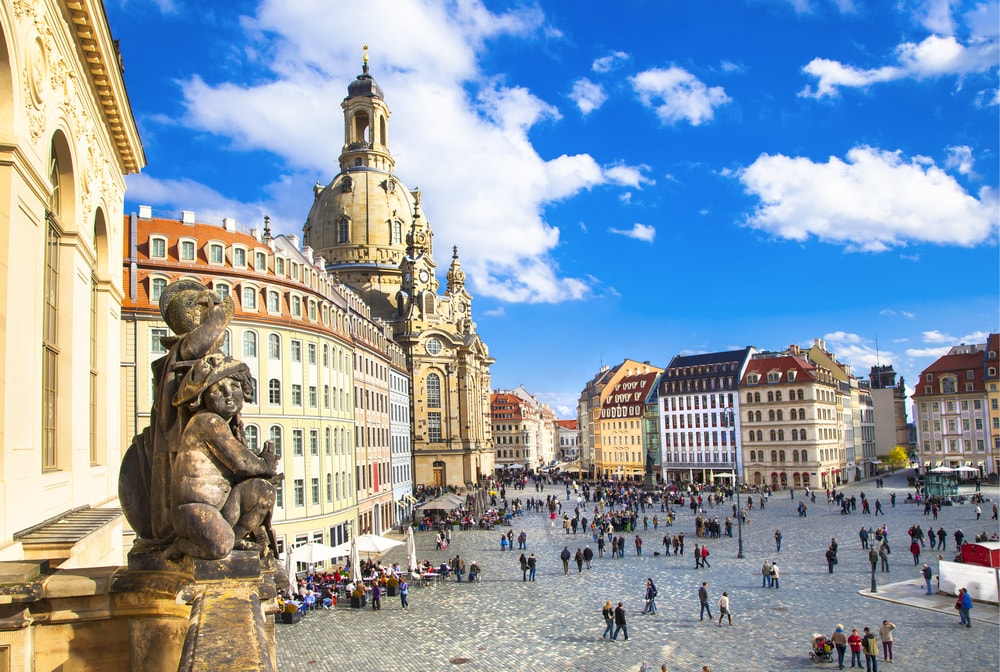 Dresden’s romantic vistas have inspired its nickname as the ‘Florence of the North’. The Old Town is dotted with grand Baroque landmarks, its streets are teeming with cute coffee houses, shops and boutiques, the museums are full of unimaginable treasures, and the riverside terrace already saw 18th-century nobility amble down the promenade to watch the sunset. 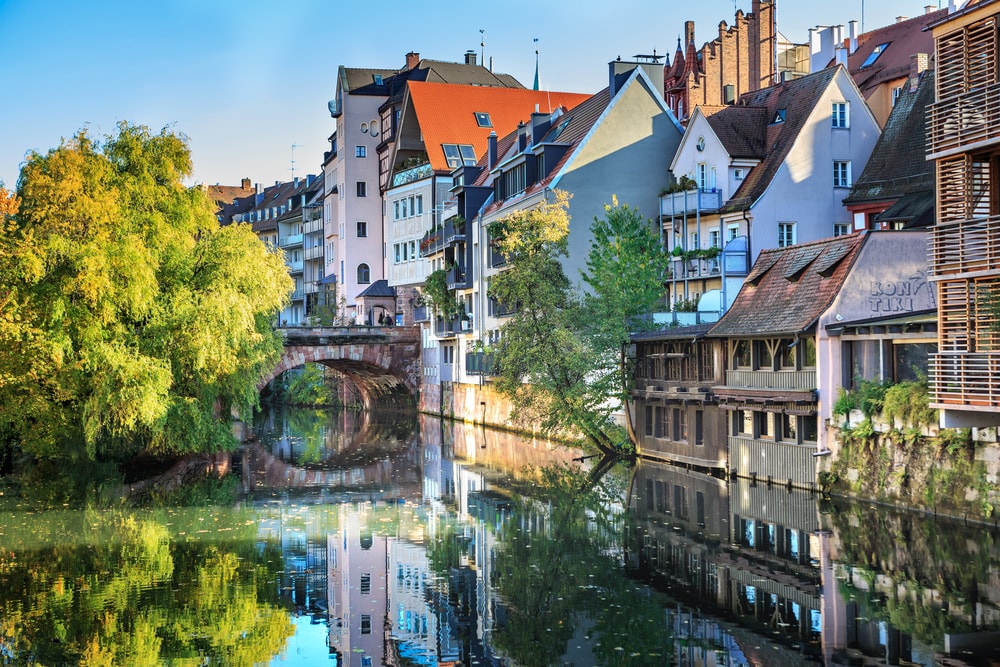 Every year, when we approach the Christmas season, Nuremberg starts popping up on lists of places to visit – and for good reason. Their Christmas markets are magical and transform the city into a wonderland of wooden huts, twinkling lights and shiny Christmas ornaments. But Nuremberg is worth a visit throughout the rest of the year to explore the Old Town streets with its timber-framed houses, the medieval city walls, and the ancient castle. 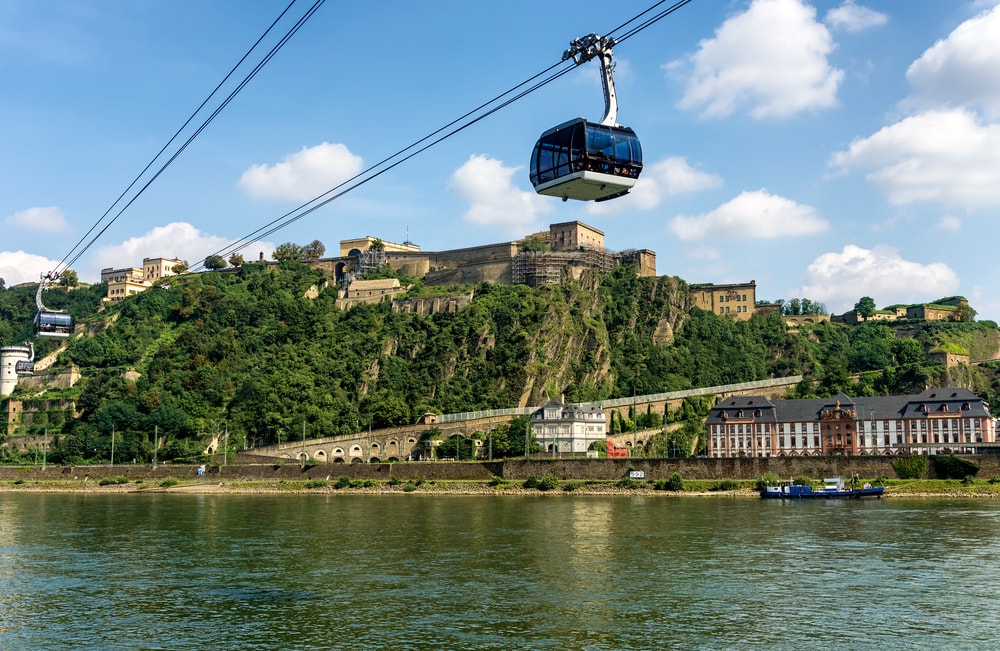 Koblenz is at the heart of the romantic Upper Middle Rhine Valley, which is defined by vine-clad hills crowned by medieval castles and fortresses. The city itself is among Germany’s oldest, with a history that dates back to the early Roman settlement around 2000 years ago. Wine tastings, a river cruise and a gondola ride up to the ruins of Ehrenbreitstein Castle are the top ingredients for a romantic experience. 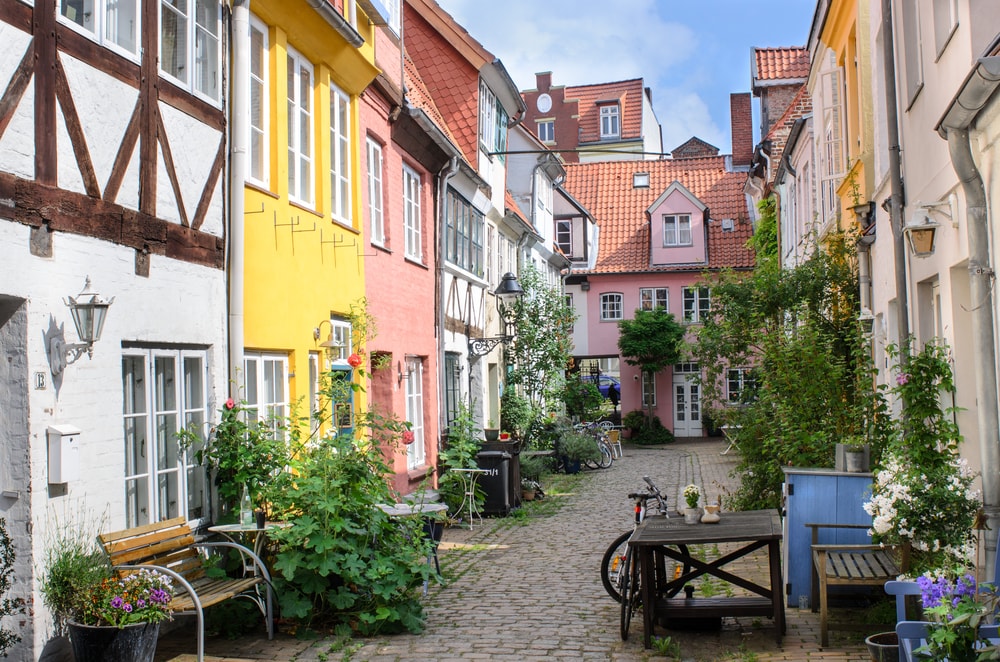 Compared to the other cities on this list, Lübeck is somewhat of an underdog. The city is known for Brick Gothic architecture, gabled townhouses and a fascinating history that tells of Germany’s mercantile days and the Hanseatic League. And Lübeck has one more ace up its sleeve: its vicinity to some of Germany’s most beautiful beaches. Within 30 minutes, you can be at Timmendorf Beach where you can catch a salty breeze. 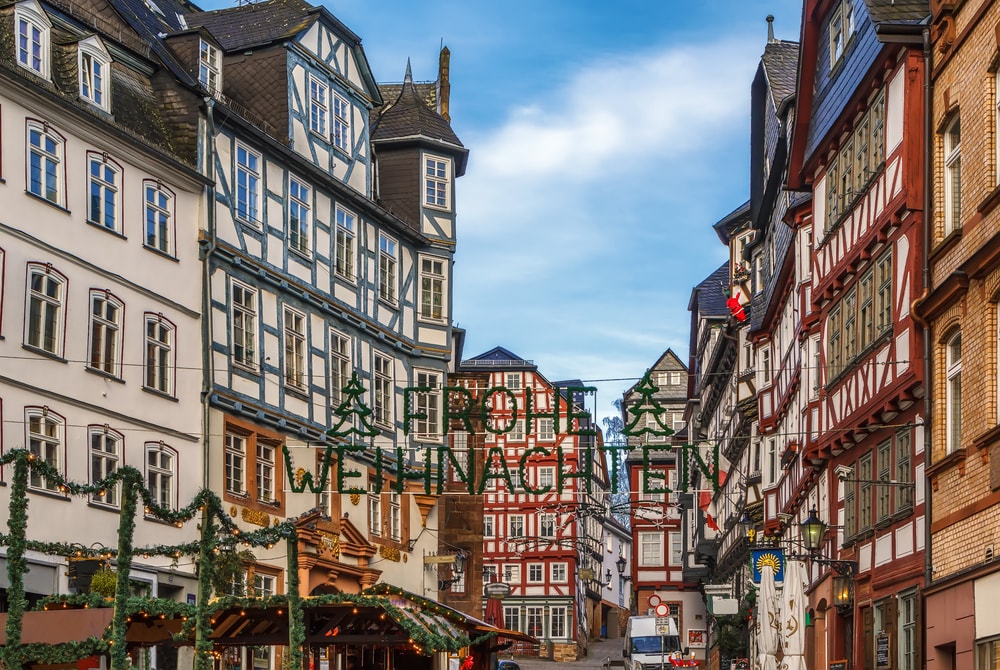 Just an hour north of Frankfurt, the magical city of Marburg lures with a quaint Old Town of winding cobblestoned streets and alleys, a castle that sits on the city’s highest hill and an atmosphere that inspired some of the famous Brothers Grimm fairy tales and works of myriad poets and novelists. The literary movement has been dubbed the Marburg Romantic era, and the Haus der Romantic Museum delves into the cultural history of the time. 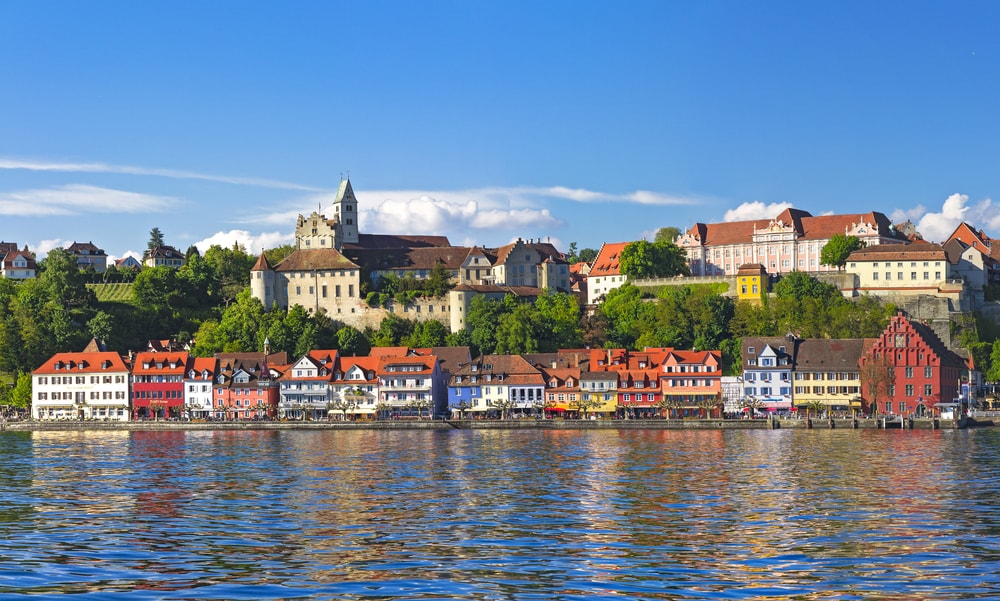 Meersburg is arguably the most beautiful town on Lake Constance, which is wedged between Germany, Switzerland and Austria. Idyllic lakeside views with the Swiss Alps in the distance, a hilltop castle (Alte Burg) from the 7th century overlooking the winding cobblestone alleys of the Old Town and the mix of Baroque palaces and timber-framed houses combine to create an enchanting atmosphere. 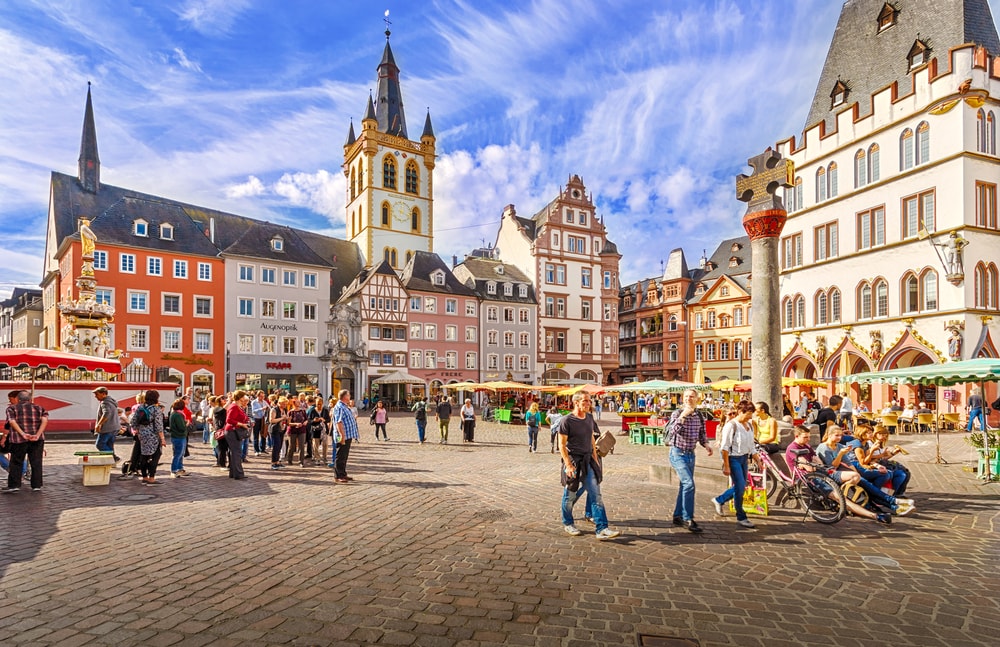 Trier ranks among the oldest cities of Germany and is awash with imposing relics of the Roman Empire. Take your significant other on a tour exploring the architectural treasures and UNESCO World Heritage Sites, and learn about Trier’s fascinating history before treating yourselves to a romantic, candlelight dinner with views of the Old Town while sampling some of Germany’s best wines from the Moselle Valley. 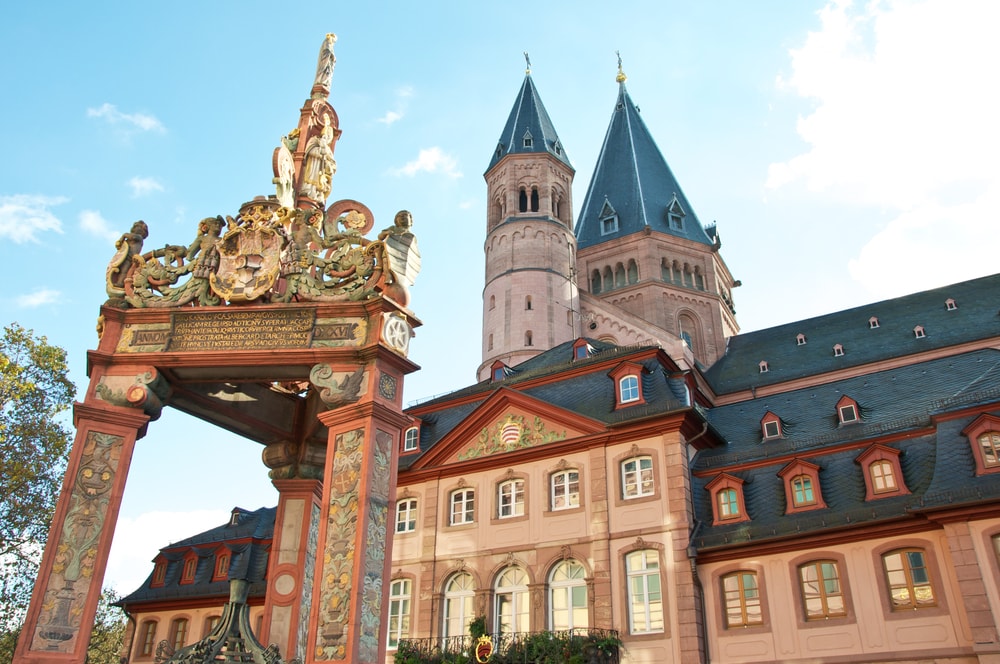 The city of Mainz is for those who love white wine and fantastic food, books and ecclesial architecture. A romantic walk through its Old Town takes you past the thousand-year-old cathedral and the Gutenberg Museum, which is dedicated to Mainz most famous citizen, the inventor of the movable-type printing press, and then along countless quaint little wine taverns that allow you to experience the culinary highlights of the region and local white wines. 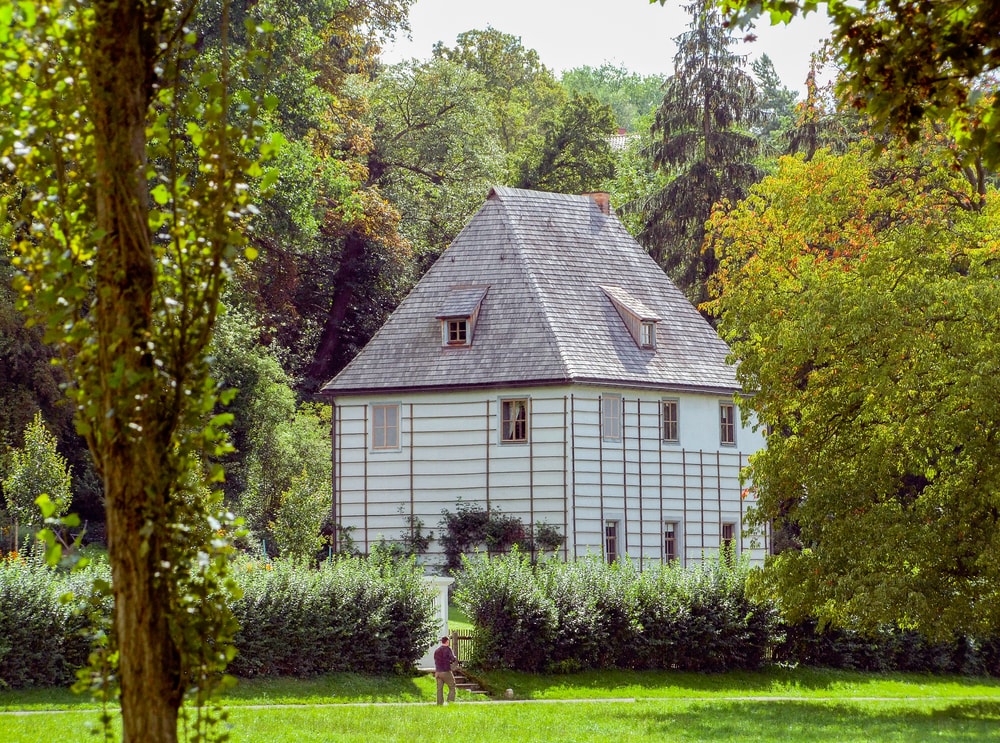 Goethe, Schiller, Bach, Nietzsche, Klee – many of Germany’s great minds are associated with Weimar, and Weimar Classicism has often been hailed one of the greatest epochs of European intellectual history. A trip to the city allows you to tour the palatial residences of the time, along with vast parklands and the homes and places of inspiration of renowned poets and thinkers.

Do you need more inspiration about Germany’s most beautiful places? Check out these 17 spots that are straight out of a fairytale.