The Most Perfect Picnic Spots in Munich

Olympiaberg © Sweet Chily / Wikicommons
Marienplatz might be the star of the show when it comes to Munich parks, but there are numerous other great spots for eating al fresco when the weather is fine. Whether you want to stay in the heart of the city or explore further afield, there’s everything from mini-mountains to weirdly popular grassy roundabouts! Get your picnic blanket at the ready to try out these great spots for lunch in the sun.

By the Isar River

There are many beautiful spots along the Isar to sit back and enjoy the sun. One of the most picturesque is near the Müller´sches Volksbad and muffatswerk, just off ludwigsbruke. Head to the Deutsches Museum tram stop, then follow the smell of BBQs and sound of swimmers down to the riverside. To complete your picnic in true Münchener style, why not cool your crate of Augustiner beer in the river.

Chatting by the Isar © Roanna Mottershead

Park
Smaller than its famous cousin, the English Garden, you’ll find this park in the southwest of the city, about 10 minutes on the U-Bahn from Marienplatz. Often overlooked by tourists, it has so much to offer. As well as a BBQ area by the lake, you’ll find a Japanese garden, a Thai temple and even an outdoor cinema in summer. Many families and friends bring picnics or have a BBQ, but there’s also a beer garden and a tiny wooden hut selling spit-roasted fish – steckerlfisch – if you’d rather not bring your own supplies.
More Info
Open In Google Maps
19 Preßburger Straße, Sendling-Westpark München, Bayern, 81377, Germany
View menu
Visit website
Visit Facebook page
Send an Email
Give us feedback

For a picnic with a view, head over to the Olympiapark. Build for the 1972 Olympic Games, it has a 56 metre high hill at the centre, which was adopted into the Olympic site and has subsequently hosted various slalom and snowboarding events in winter. From your perch, you’ll be able to see down across the impressive stadium, admire the cityscape and even see right across to the Alps on a clear day.
Olympiapark, 80809 München, Germany 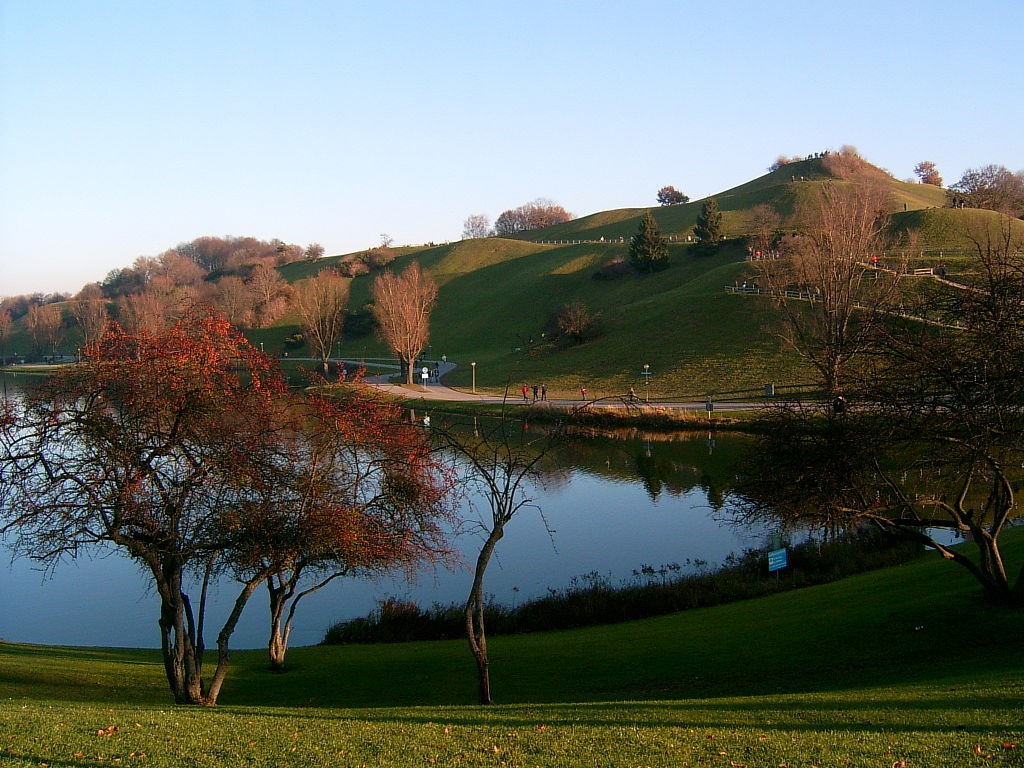 A roundabout may seem like a strange recommendation for a picnic, however this grassy area is more than just traffic management. At the heart of the lively Glockenbach neighbourhood, it’s surrounded by cafes that spill out onto the pavements. The centre of the roundabout has become a popular place to meet, read, sunbathe and snack and it’s always busy in summer. Midway between Viktualienmarkt and the Isar River, it’s the perfect spot for a city picnic while sightseeing.
Gärtnerplatz, 80469, München, Germany 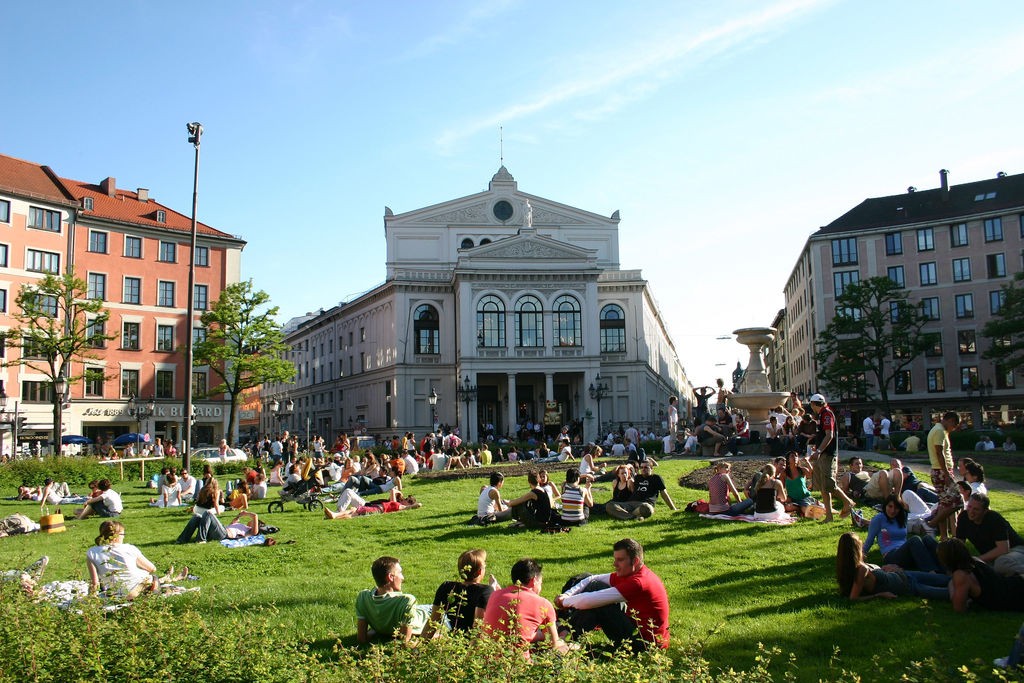 At a beer garden

It’s a common misconception that you have to spend a fortune on traditional German food like schnitzel and pork knuckle at a beer garden. Instead, stroll past the long lines for food and set up your own picnic in a beer garden. Tables are divided into waiter-and self-service, and you’re always welcome to bring your own food in the self-service areas. There are many of these locations to choose from in Munich, with Hirschgarten in the west of the city claiming to be the biggest beer garden in the world.
Hirschgarten, De-la-Paz-Straße 71, 80639 München, Germany, +49 89 17999119 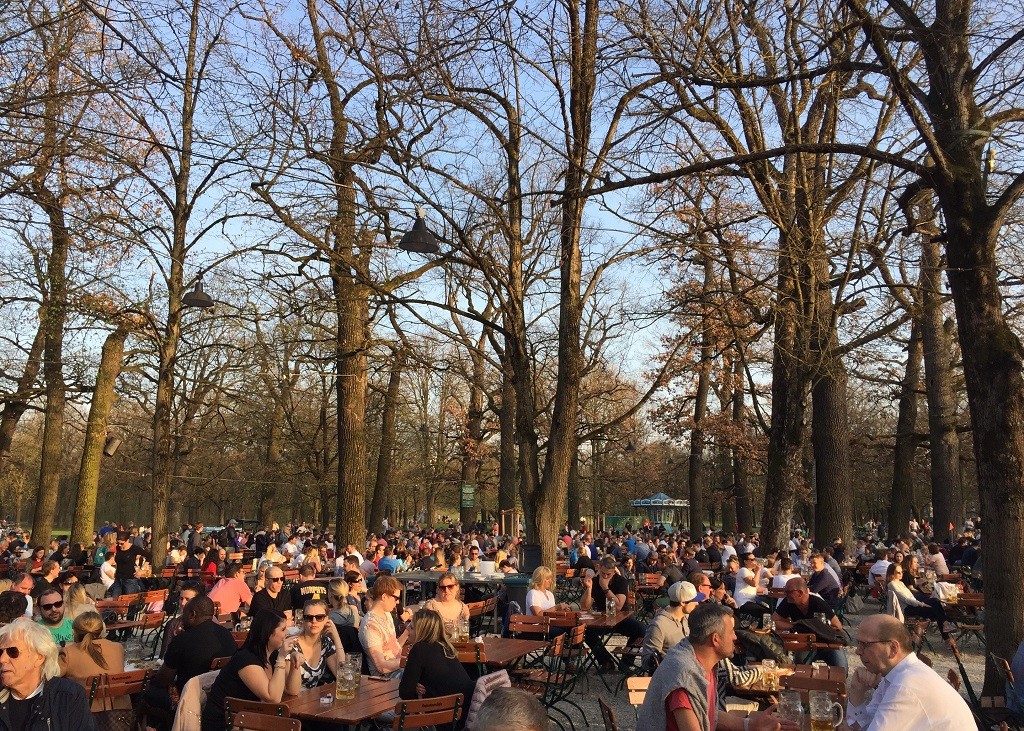 To combine your picnic with some sightseeing, pay a visit to the Botanical gardens. Home to thousands of plants, it covers over 50 acres. It’s also strangely good for a rainy day – if the weather takes a turn for the worse, pop inside the 4,500 m² greenhouse complex where you’ll find everything from palm trees to terrapins. Pick a spot in the shady alpine area to enjoy your picnic in peace. Open almost everyday until early evening, it’s a bargain at only €4.50 a ticket for adults.
Menzinger Str. 65, 80638 München, Germany. 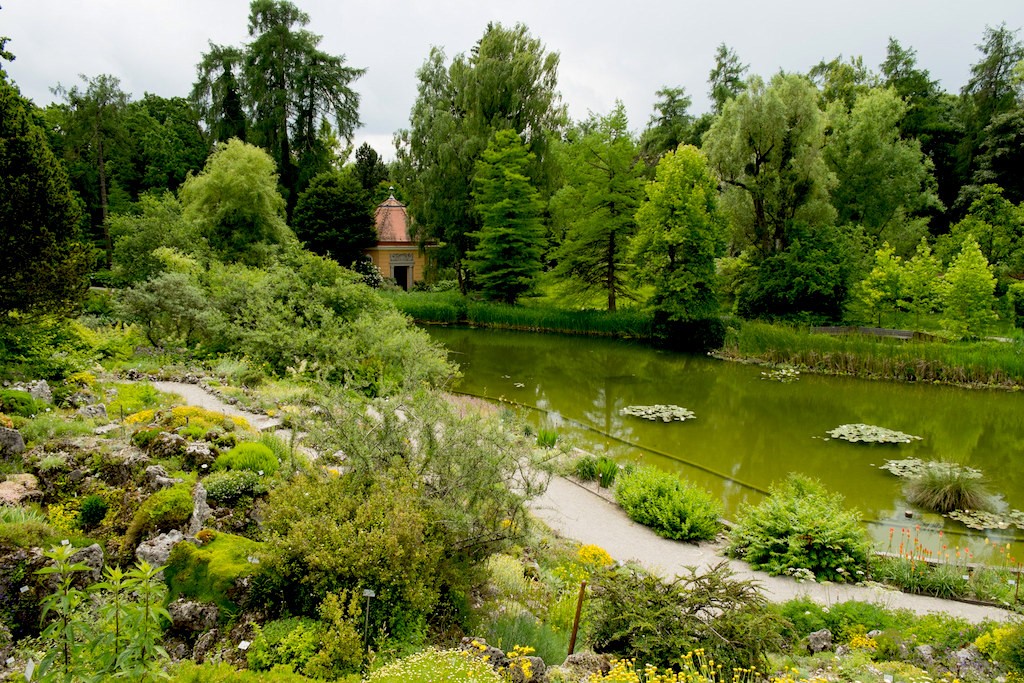 Park
Schlosspark Nymphenburg | © digital cat / Flickr
For a truly upmarket picnic, head to the grounds of Nympenburg Palace. Though there’s an admission fee for the palace rooms, it’s free to wander around the beautiful gardens. It’s steeped in history – even the fountains hold the record for being the oldest machine in Europe that’s been continuously working since it was built! In summer, you can play the princess and take a gondola ride on the central canal! With 180 acres to choose from, it’s much easier to find the perfect peaceful picnic spot than in many of the other city parks.
More Info
Open In Google Maps
Neuhausen-Nymphenburg, Neuhausen-Nymphenburg München, Bayern, 80638, Germany
+4989179080
View menu
Visit website
Visit Facebook page
Send an Email
Give us feedback

If you have enough time to get out of the city, why not pack up your picnic and head to one of the beautiful Alpine areas near Munich. About two hours from the city, you’ll find Karwendel Nature Park. Covering more than 700 square metres, this national park takes a keen interest in conservation, making a special effort to connect the park to public transport networks. The regional and ICE trains from Munich’s main station will take you directly there, so you can be sure to find your perfect picnic spot.