The Most Interesting Cities and Towns to Explore in Saxony-Anhalt 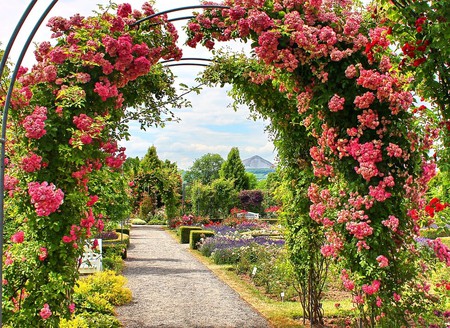 The German state of Saxony-Anhalt, for the most part, has not yet come in the radar of foreign tourists, and the locals are only too happy to keep it that way! The state hides picture-postcard hamlets clinging to mountain slopes, historic towns untouched by time, a world-famous rose garden and vineyard-wrapped wine towns. Let’s discover the many wonders.

The UNESCO-listed town of Quedlinburg is a timeless beauty half-hidden in Germany’s Harz Mountains. Its old town made of romantic cobbled alleys and over 1,300 half-timbered houses gives visitors the distinct feeling of stepping back several centuries, while from atop imposing sandstone cliffs, the beautiful architecture of Schloss Quedlinburg gazes down at the city. This quintessential German medieval town is also a great base to explore the Harz Mountains region. 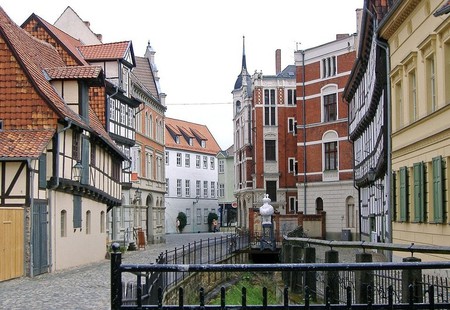 Wernigerode is often referred to as the Pearl of the Harz, and no name could have been more apt. From the striking hilltop castle to the rows of adorable half-timbered houses, from the verdant stretches of nature to the steam trains chugging along town on their way to the Brocken peak, the entire town seems to have been taken right out of a child’s fairytale book. 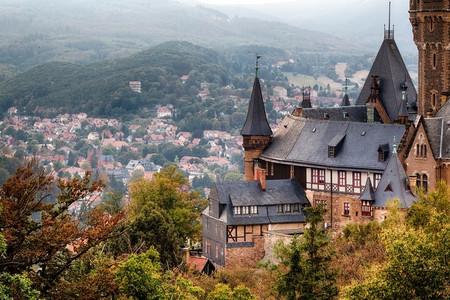 The tiny village of Thale is tucked away deep in the dazzling green Bode Valley, and has inspired several literary works. To fully take in the untouched beauty of this region, make sure that you take a cable car ride from Thale – steeped in exciting legends and myths centering around witches, it is also home to some of the most fun celebrations on Walpurgis Nacht (Witches’ Night). 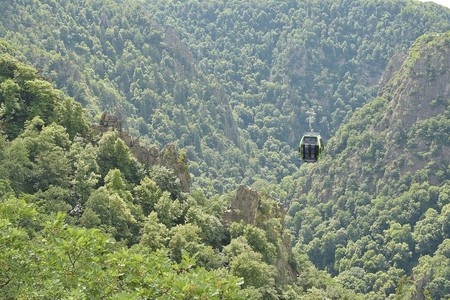 If you’re interested in ancient history, the 1,200-year-old former Hanseatic city of Magdeburg, perched by the River Elbe, is sure to appeal. The Lutheran Cathedral of Saints Catherine and Maurice, the highest (104-meter / 341 ft) church in East Germany and the oldest Gothic structure in the country, pierces the sky above this medieval city. Other significant landmarks in Magdeburg include Magdeburg Cathedral, Johanniskirche, Grüne Zitadelle, the old market square and the Kanalbrücke. 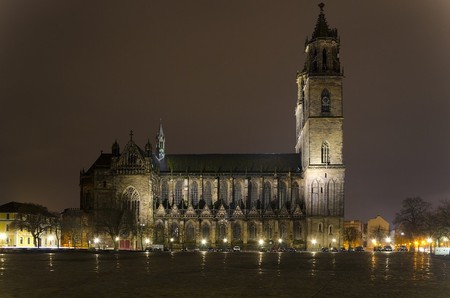 Nothing can prepare you for the riot of colors and fragrances at European Rosarium, Sangerhausen. The winner of Award of Garden Excellence by the World Federation of Rose Societies in 2003, the European Rosarium boasts the world’s biggest collection of roses. Over 75,000 rose bushes across thousands of species dazzle the senses as you stroll this 31-acre parkland. The park also houses an arboretum that is home to around 250 species of plants and shrubs.

Naumburg is a picturesque town surrounded by rolling green vineyards, and boasts some of the most delicious wines in the country. Irrespective of which time of the year you visit, you are likely to witness some fun celebrations or events centering around wine taking place in Naumburg, with the biggest wine festival in town hosted in August. Though wine lovers don’t need another reason to visit Naumburg, the late Romanesque Cathedral of Naumburg is a stunning sight in its own right. 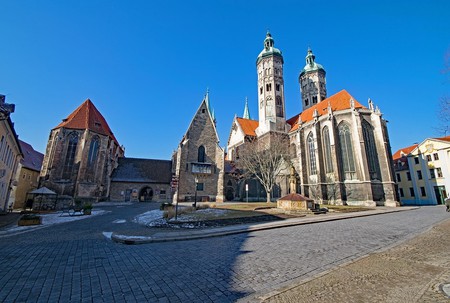 Freyburg is yet another amazing destination for wine connoisseurs. It is best known for its legendary sparkling wine factory Rotkäppchen, which offers interesting guided tours and wine tasting to travelers. Even if you’re not a wine enthusiast, the picture-book town wrapped in vineyards is sure to make the trip worth it. The most picturesque spot in town is easily the Castle of Neuenburg set amidst vineyards. 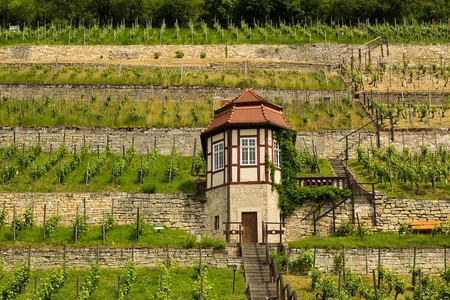