The Most Beautiful Parks and Gardens in Leipzig 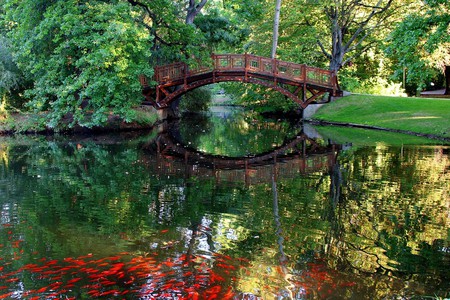 Summer has officially begun, and with the first show of sunshine, people flock to the outdoors to catch some rays. Leipzig is known for its vast parks and gardens which attract both locals and tourist year-round with their idyllic meadows and tree-lined paths, BBQ and picnic spots, recreational activities and cultural events. We’ve compiled a list of the most beautiful parks and gardens that Leipzig has to offer.

Leipzig’s most famous park is only a short stroll away from the historic city centre and is a quiet oasis for those who want to escape the city buzz. The list of pastime activities is nearly endless: running routes and cycling paths traverse the parklands; you can rent a canoe to sail along the waterways; book tickets for the summertime open-air cinema, theatre performances and concerts; sip on a beer or coffee at the café and restaurant, or bring your food for a BBQ or picnic. 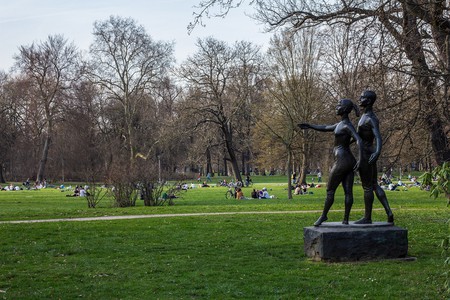 Technically, the Palmengarten is part of the Clara-Zetkin-Park, but it has a very separate and serene atmosphere. If you want to leave the noise of the city centre – and other people – behind, this is your spot. You almost never encounter fitness enthusiasts or BBQ aficionados, and it’s more likely that you have the park to yourself. Bring a blanket to chill by the small pond with views of the historic pavilion.

Wedged in between the ground of the trade fair and the imposing Monument to the Battle of the Nations south of the city centre, the Wilhelm-Külz-Park combines recreation and culture. Sunny days see students flock to the park en masse for a game of football, a few drinks or to catch some sun. If you don’t mind the busy atmosphere, the park is a great spot to recover from a long day of sightseeing while having Leipzig’s most impressive landmarks right in front of you. 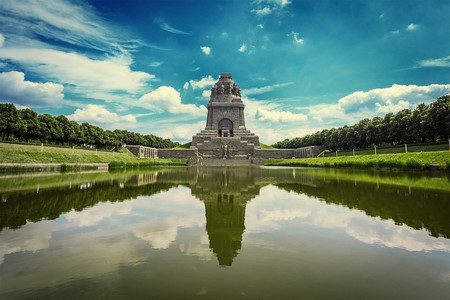 The romantic souls among you shouldn’t miss out on a stroll along the beautifully-arranged flowerbeds of the Rosental park. Augustus II the Strong loved the park so much he wanted to build his Maison de Plaisance on the hilltop at the heart of the park, but his plan was foiled by the city fathers. Over time, the Baroque gardens were transformed into an English landscape garden, which today lures with beautiful plants and an observation tower which grants panoramic views of the surrounding area.

The university’s botanical gardens are right next door to the Friedenspark in Leipzig’s south, near Bayerischer Bahnhof. Over the course of history the gardens had moved several times, before a bomb raid during World War II turned the site into rubble. After elaborate renovations, the botanical gardens now proudly show off plants from all climate zones, ranging from species native to the steppes of Eastern Europe, Asia’s tropics and the forests of North America. 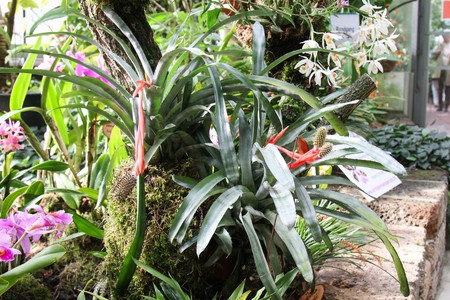 One of Central Europe’s largest riverside forests cuts right through Leipzig. The beautiful green area stretches from north to south, and both tourists and locals take to the many pathways to explore the area on foot, bike, or on horseback. The unique woodlands and parks serve as habitat for local wildlife, and the city arranges guided walks educating people on flora and fauna. Saying that, nothing keeps you from exploring this natural refuge on your own either.

The Johannapark curls up to the north-western end of Leipzig city centre, and you can still see the tower of the New Town Hall from its meadows. Back in 1858, a local man named Wilhelm Theodor Seyfferth bought the meadows and transformed them into a park in dedication to his daughter, who had died at an early age. Since then, the city has maintained the parklands which include a small duck pond and the iconic bridge which spans across it.