The Most Beautiful Parks and Gardens in Baden-Baden

Rose | © digital cat / Flickr
The beautiful spa town of Baden-Baden in Germany’s Black Forest is delightfully green. The town is punctuated by immaculately maintained swathes of greenery and a riot of blooms. Here are some of the best gardens and parks in Baden-Baden to take a break and rejuvenate.

The Kurhaus, built in the 1800s, is Baden-Baden’s premium destination for entertainment and celebrations. This is where the chic and sophisticated crowd heads for concerts, casino, banquets, balls, meetings, Christmas markets and dinners. The adjoining Kurgarten beautifully complements the belle époque style architecture of the Kurhaus. This immaculately maintained garden, with its lovely flowerbeds and tall trees, is a great place to take a stroll. 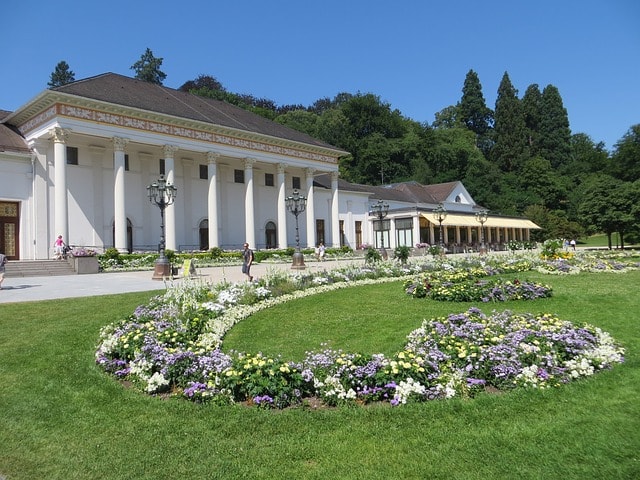 The historic park of Lichtentaler Allee is a favourite with locals and tourists alike. Towering trees, colourful flowers, picture-book bridges over the river Oos and peaceful walkways are what draw people to it time and time again. Lichtentaler Allee, which was built in the 1800s, boasts over 300 varieties of plants, including chestnut, ginkgo, oak and maple. This park is perfect for jogging, taking a stroll, cycling or just lazing. It includes a quaint Dahlia Garden with lovely rows of flowers and sculptures. 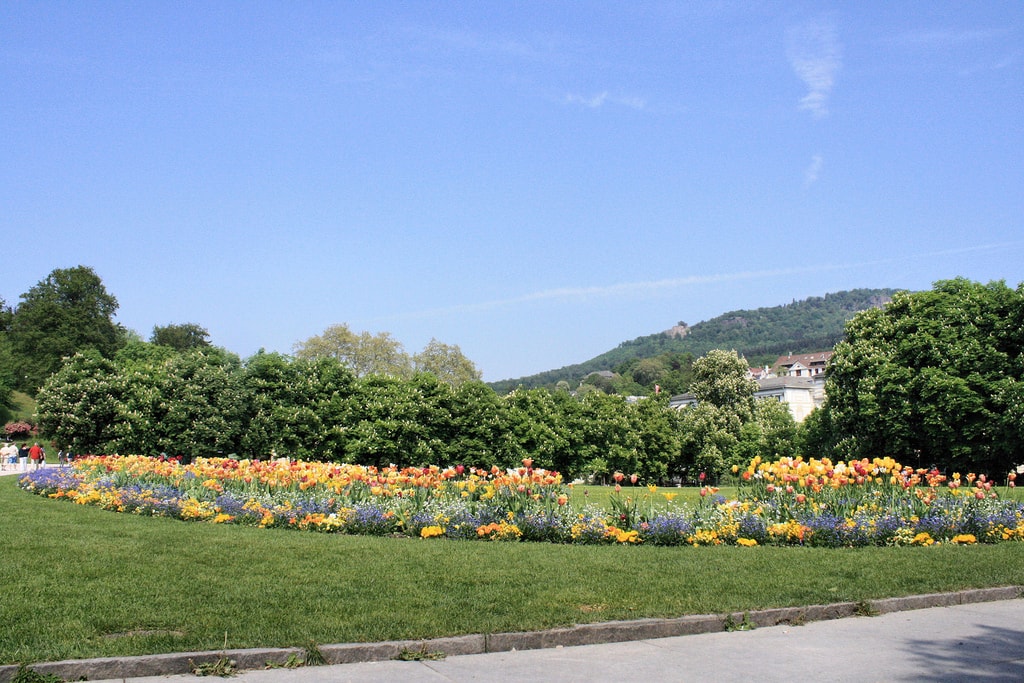 The Gönneranlage is actually part of Lichtentaler Allee, but with an identity of its own. Once the agricultural land of a monastery, Gönneranlage is today a beautiful rose garden built in the baroque style with geometric symmetry. Tall trees were left out of the design of the garden so as not to obstruct the views of Lichtentaler Allee, and copper-beech hedges were planted instead. Almost 400 varieties of roses make the atmosphere of the garden luxurious with their perfume. The most attractive landmark in Gönneranlage is the Josefinenbrunnen fountain and basin. 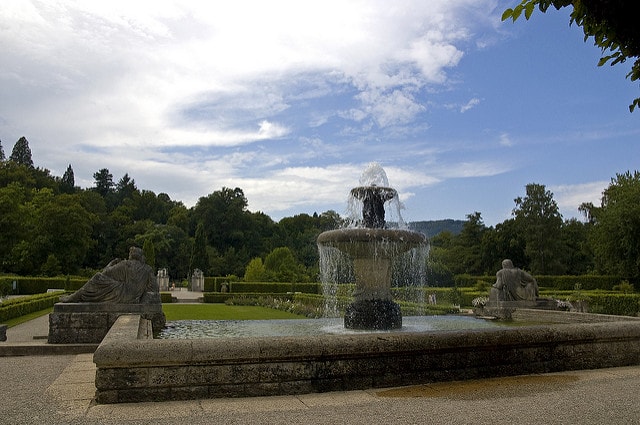 Baden-Baden is often referred to as the Rose Capital of Germany, and the Rosengarten auf dem Beutig proves that the title is well earned. The garden, clinging to the Fremersberg mountain slopes, is one big burst of colour. The garden is adorned with rose-covered arches, rose beds, rose shrubs and walkways lined with roses of seemingly endless varieties and colours. Visitors can also cast their vote for the most beautiful rose in the garden, which is a tough job with so much serious competition. Rosengarten auf dem Beutig is agreed by rose connoisseurs to be on a par with the most famous rose gardens in the world. 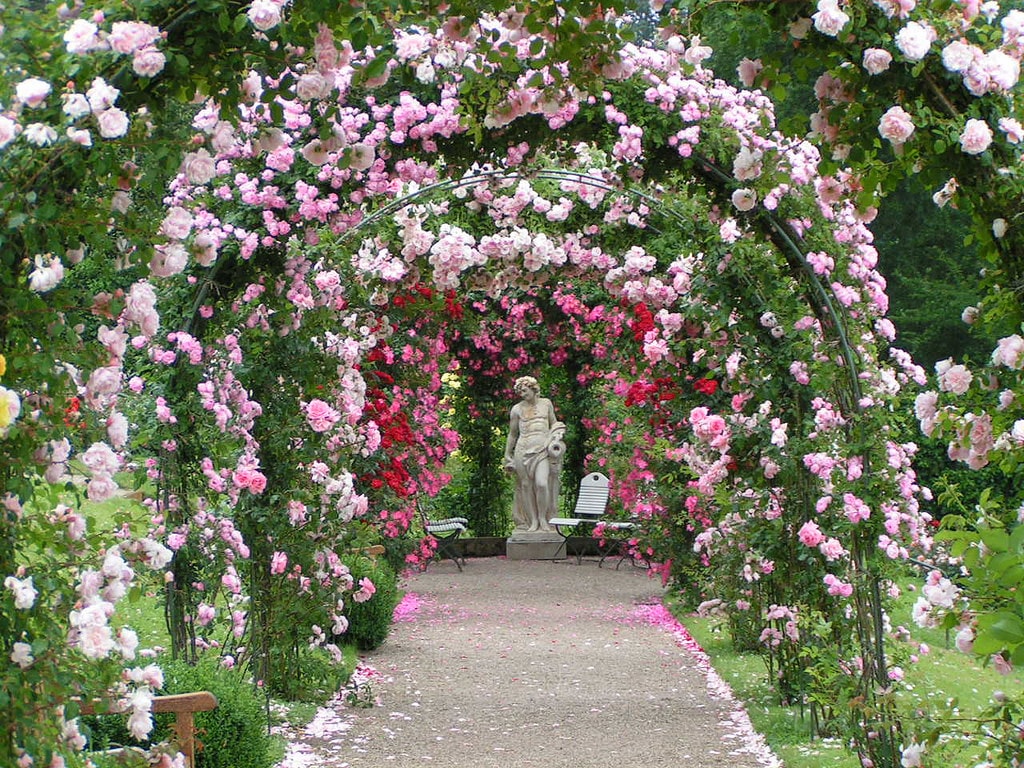 Florentinerberg, or Florentine Hill, is where the Romans came to relax, and there is no denying that it’s the perfect spot for it. The air is thick with the intoxicating aroma of orange and lemon groves. As an added bonus, it offers spectacular views of the town of Baden-Baden. The ancient Roman thermal baths are at the foot of the Florentine Hill. 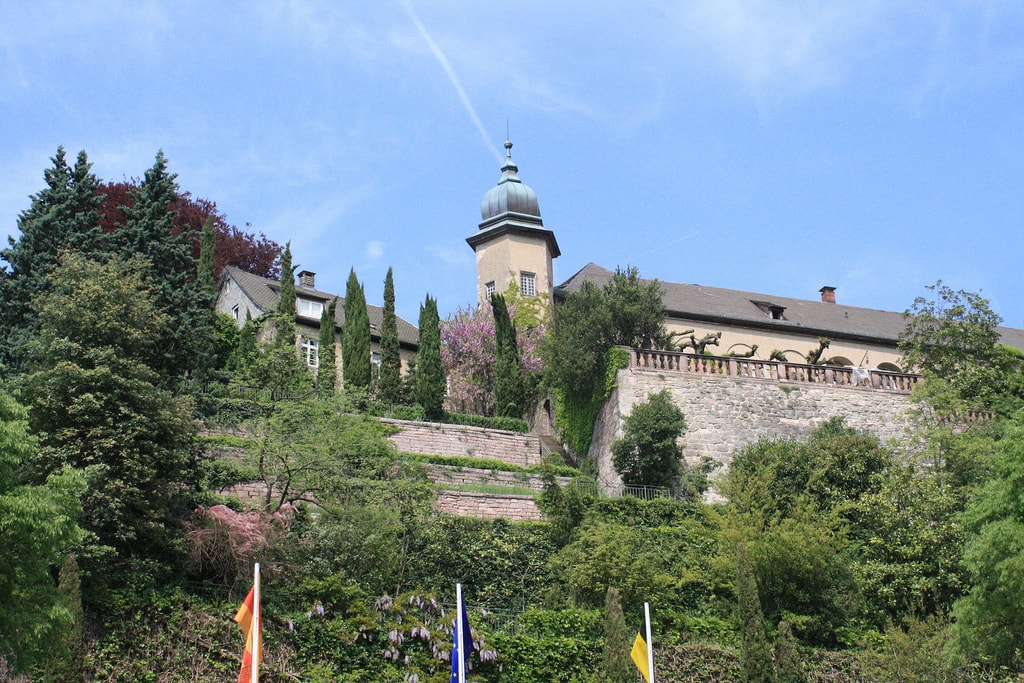