The Most Beautiful Historical Towns in the Harz Mountains

Wernigerode | © Didgeman / Pixabay
Germany’s majestic Harz Mountains are the stuff of which fairy tales are made – quite literally, as a number of German fairy tales are based here. The little historic towns, almost hidden in the lap of the majestic mountains and wrapped in dense forests, are impossibly romantic. Not yet overrun by tourists, these towns are perfect for a relaxing, quiet holiday.

The medieval mining town of Goslar was founded back in 922 AD and has a fascinating history involving knights, emperors, and witches! Today, its adorable cobbled streets endlessly lined with half-timbered guild houses are a meanderer’s dream come true. The huge Zwinger Tower and the Imperial Palace of Goslar dominate the skyline of Goslar, while the beautiful Gustav Adolf Stave Church never fails to stop travelers in their tracks. 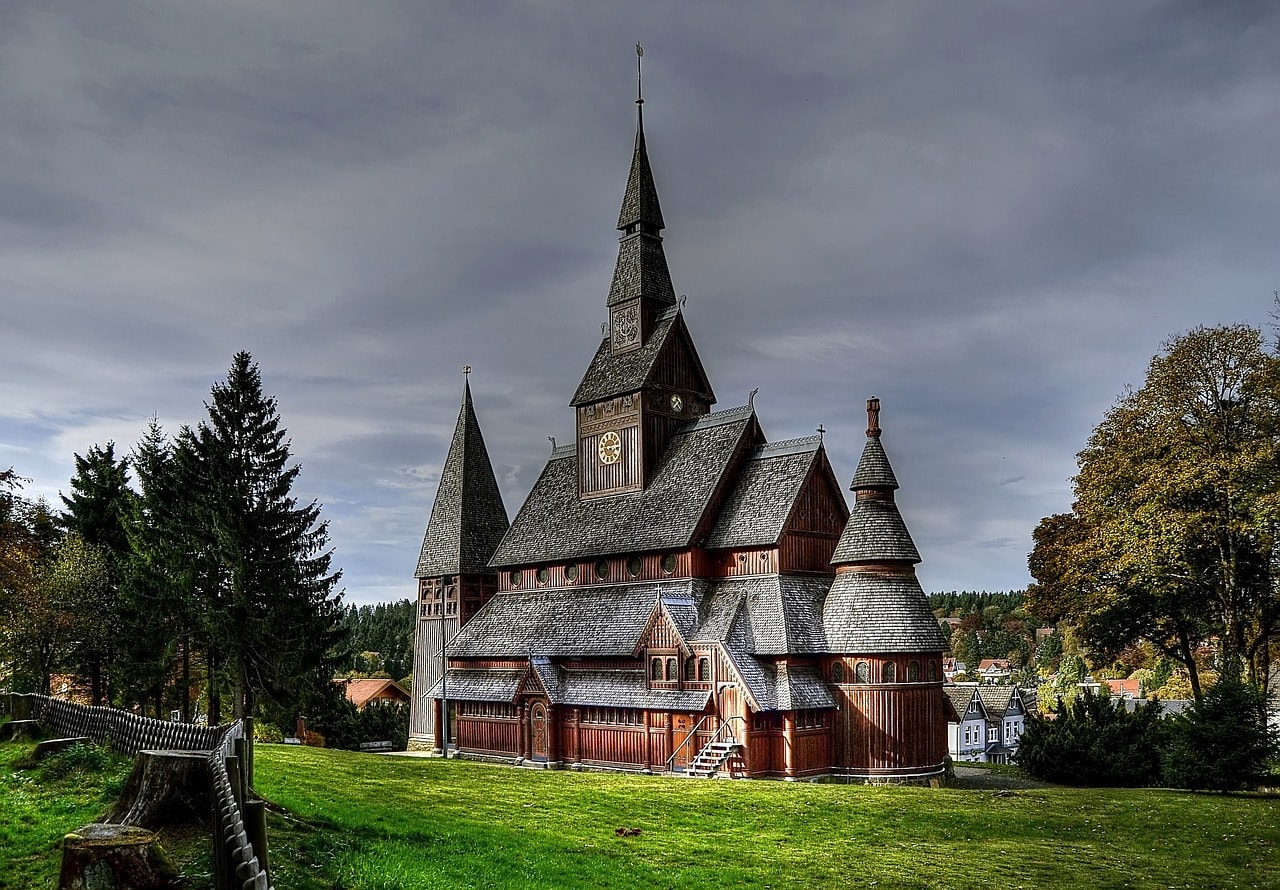 Architectural Landmark
The existence of Quedlinburg can be traced back to the 9th century, and boasts of the rare history of being ruled by women for 800 long years. It houses steep-roofed half-timbered buildings from at least five centuries and a medieval Old Town, all still preserved in their original condition as the town was lucky enough to escape destruction during the war. If there was ever a contest for the most quaint town, the UNESCO World Heritage town of Quedlinburg would be an unrivaled contender.
More Info
Open In Google Maps
Quedlinburg, Saxony-Anhalt, Germany
View menu
Visit website
Visit Facebook page
Send an Email
Give us feedback

Wernigerode is yet another picture-perfect town in the Harz region. It is perched over the River Holtemme, hugging the slopes of the stormy Harz mountains. Travelers setting their eyes on the neo-Gothic Wernigerode Castle would not find it hard to imagine Rapunzel looking out of its window. Wernigerode is paradise for hikers, as it has incredible routes waiting with the promise of adventure and discovery. A romantic narrow-gauge steam railway passes through Wernigerode on its way to Brocken, the highest peak in the Harz Mountains.

From a tiny mining village around year 1250 to a much-loved spot for winter sports lovers, Braunlage has come a long way. This picturesque town offers incredible opportunities for skiing and tobogganing and offers breathtaking views over its panorama from its 400m-high Wurmbergseilbahn, or gondola. Braunlage is also a popular health resort housing several spa gardens. 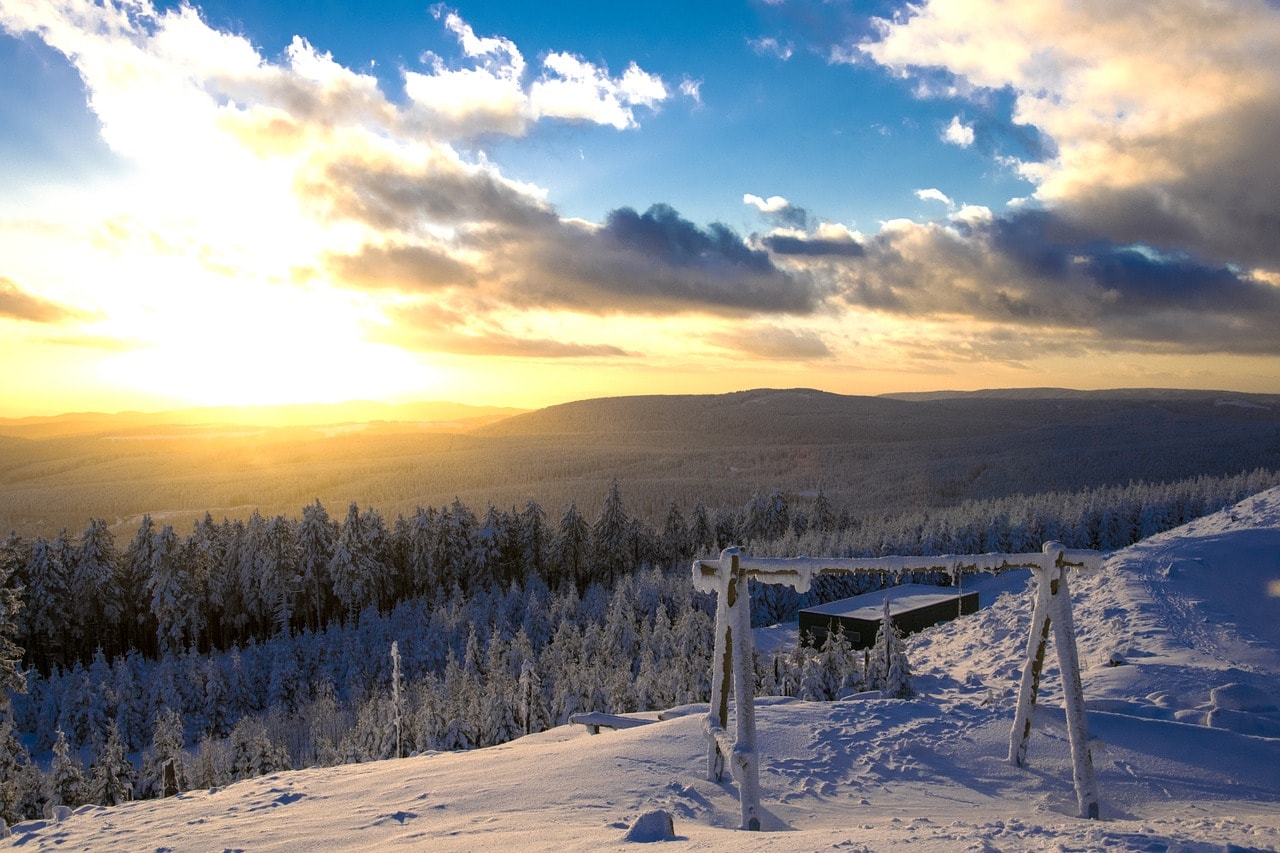 The picture-postcard town of Blankenburg sits shyly by the Goldbach stream. Looking at the peaceful town today, it is hard to imagine that it was hit hard by a devastating fire in 1836 and once housed a hard labor camp. The 12th-century Schloss Blankenburg nestled in a lush baroque garden tells the story of medieval times, while the ruins of Schloss Regenstein still stand witness to almost eight centuries of history. 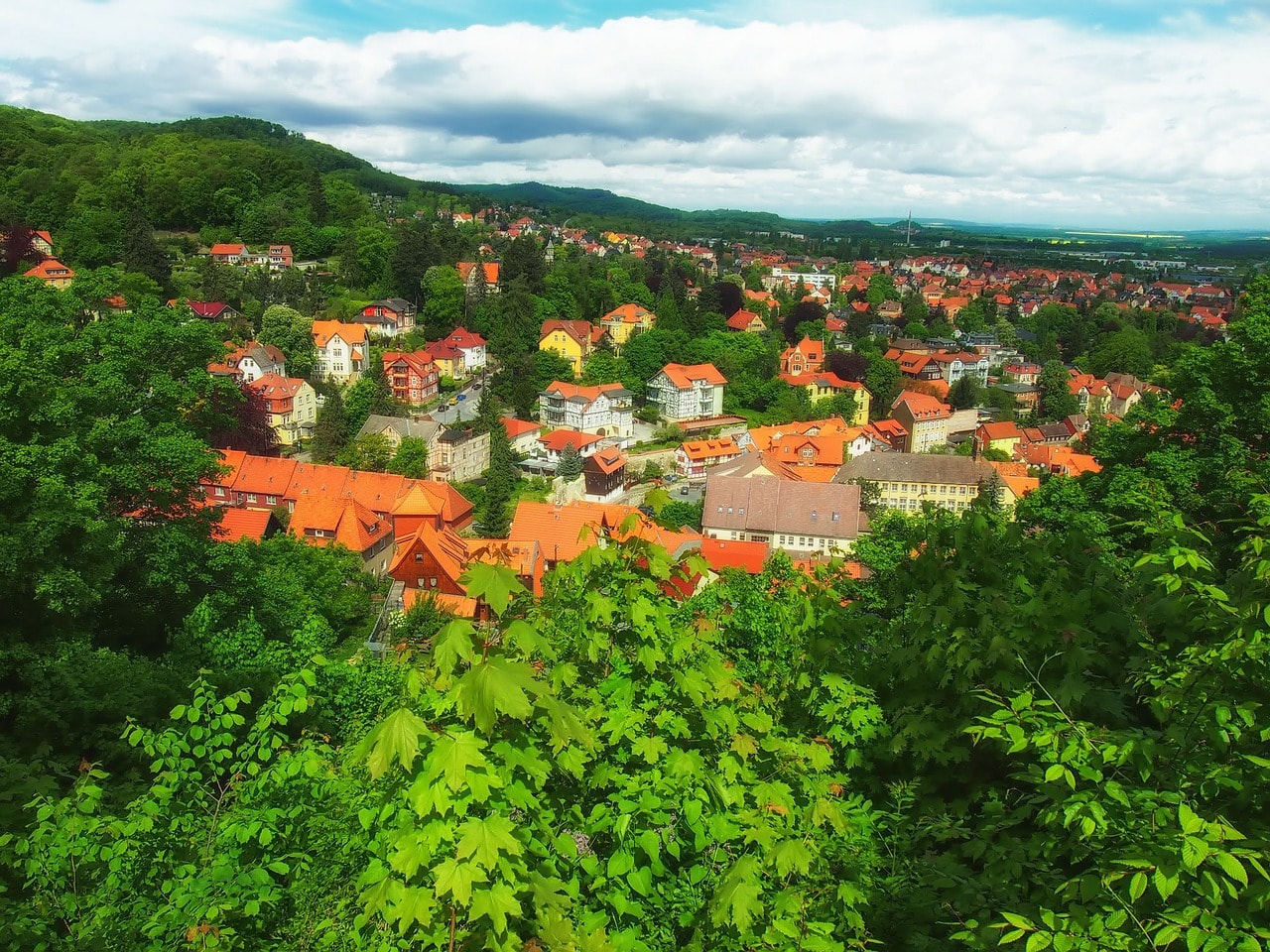 A walk around the Old Town of Duderstadt is like a stroll through the pages of history. The cityscape of this town dating from 929 AD is adorned by St. Cyriakus Church, St. Servatius Church, and the gorgeous Town Hall protected by ancient towers. An aerial view of Duderstadt would reveal a sea of red roofs crowning half-timbered houses, wrapped tightly by lush green fortifications. 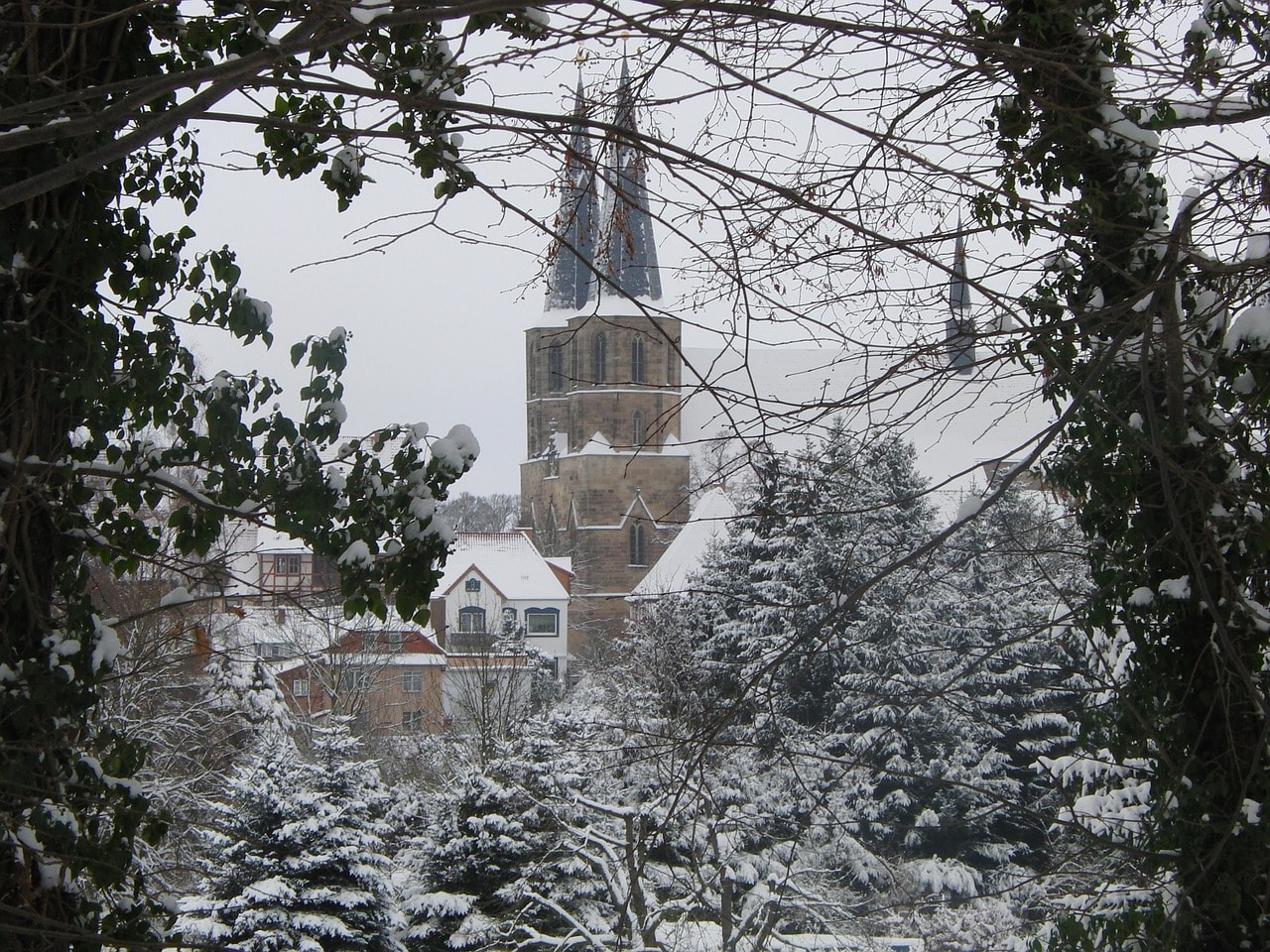 The town of Eisleben was christened Lutherstadt Eisleben in honor of Martin Luther, who was born here and also breathed his last in this town. Various monuments dedicated to Martin Luther are still today immaculately maintained and proudly shown off. These include St. Anne’s Church (where Luther was baptized), the beautiful Gothic St. Andrew’s Church (where he held his last sermons), his birthplace, and the house where he died. Eisleben also has rows of adorable half-timbered houses that are so typical of Harz towns. 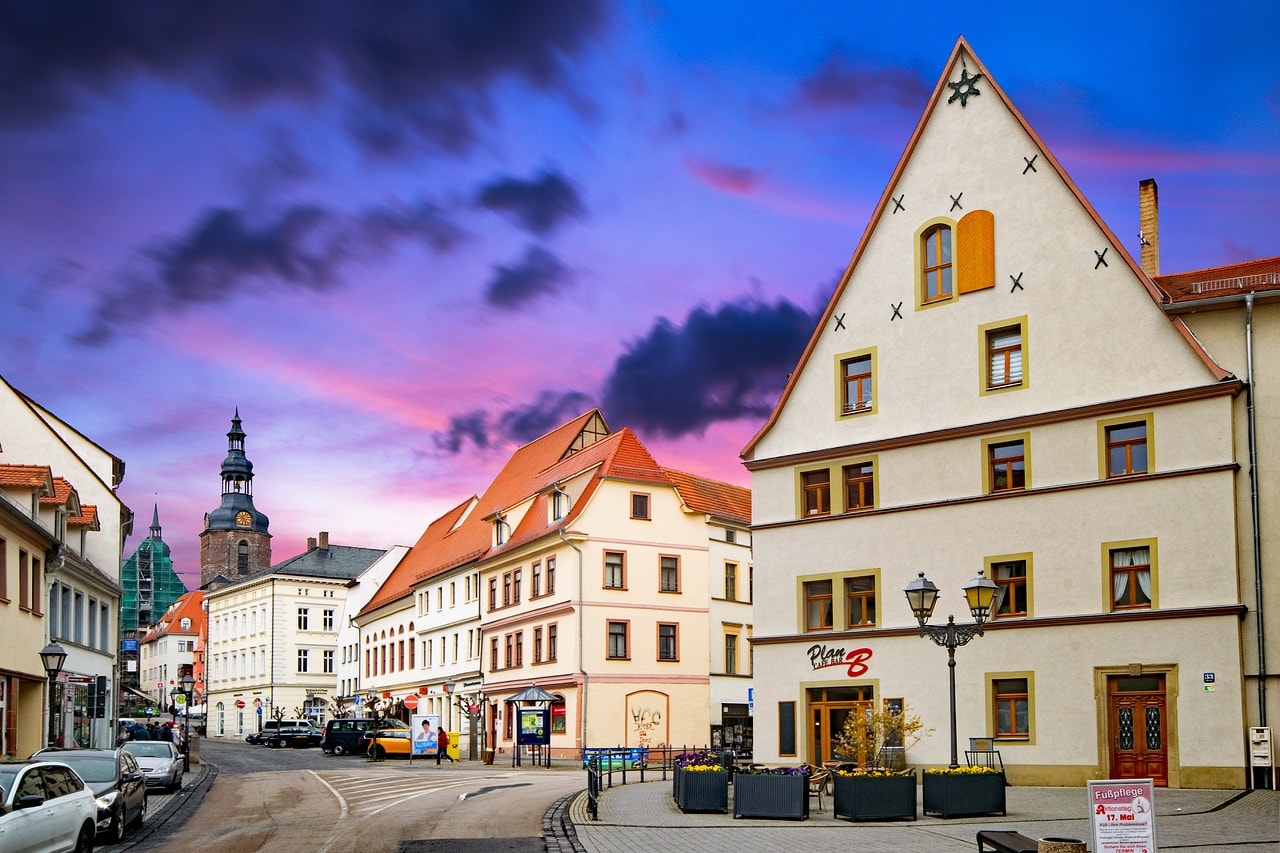