The Most Beautiful German Towns and Villages to Visit in Winter 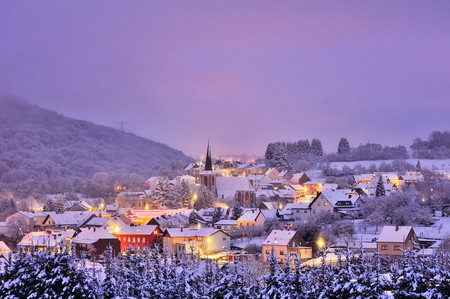 Travelling around in winter can be a pain, what with all the snow and train delays and general coldness. But it can also be a little bit magic. Dark evenings feel snug and cosy, snow makes everything still and quiet, and train delays… well, winter magic does have its limits. Here are eight German towns that we feel really capture a little bit of what makes winter special.

Germany’s easternmost city, literally across the river from Poland, is one of its most beautiful and, historically, one of its most wealthy. Civic money means lots of quality buildings, and fantastic examples of Renaissance, Baroque, late Gothic and Art Nouveau architecture remain, making the city a sought after film location (parts of The Reader, The Grand Budapest Hotel and Inglourious Basterds were all shot here). Over the last millennium, Görlitz has been Polish, Hungarian, Czech and German – such a diverse heritage, combined with its architecture and forgotten outpost vibe make the city well worth the drive. 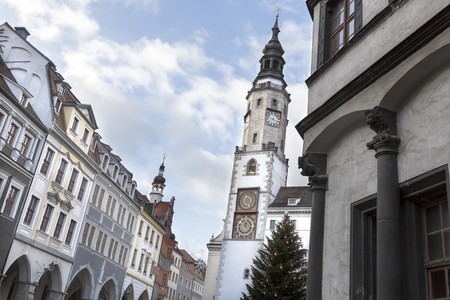 Situated 175 kilometres northwest of Munich is the medieval town of Dinkelsbühl. First built in the 8th century, the town escaped WWII bombs and remains in chocolate-box perfect condition. Take in all the medieval buildings from the vantage point of the original city walls or wander the twisty, cobbled streets.

Right in the middle of a skier’s paradise, Oberstaufen is often overlooked by visitors intent on heading straight up the slopes. The town was the first in Germany to be mapped by Google Street View. As with most small mountain towns, Oberstaufen is anchored by its church, Pfarrkirche St. Peter und Paul with the remaining buildings draping down into the valley. Just outside the town, you’ll find the Ureibe – one of the oldest trees in Germany. 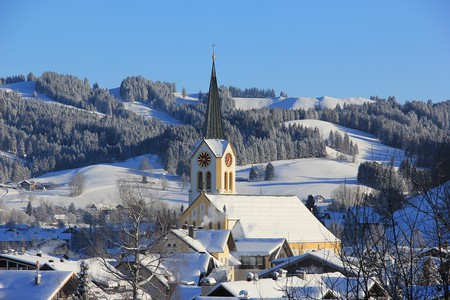 At 1,200 metres above sea level, artisans in Füssen have been busy making violins and other stringed instruments for centuries. If you like your toy towns framed by mountains and lakes with a castle or two in the neighbourhood, then Füssen is for you. Check out the Füssen Heritage Museum or get out in the forest for a walk. The town is just a kilometre from the Austrian border, so it is possible to sneak over before returning to Germany for a restorative piece of cake.

At 10 kilometres from Basel and 30 kilometres from Freiburg, at the western edge of the Black Forest is the spa town of Badenweiler. Only 600 people live here permanently, with the rest of the residents connected in some way to the various health resorts in the area. Chekov died here, as did the American poet Stephen Crane. These days, most people go for a nice weekend of massages and juice cleansing.

Way over in the most eastern part of Germany lies the Ore Mountains, the source of many of the hand-carved wooden Christmas ornaments you see all over the German Christmas markets. The German/Czech border snakes its way through the mountains, and finding a sleepy, snowy village is pretty well a sure bet. If your journey needs a goal, aim for St. Wolfgang’s Church in Schneeberg, the spire of which can be seen miles before you arrive into town.

In the Cute Old Town department, there is not much in Germany that beats Quedlinburg. Equidistant between Hanover and Leipzig, the half-timbered houses have sagged with time – 1,200 years – but have not lost an ounce of their charm. Residents have not been shy with the paint can or the flower pot and the result is a place made for the camera, or a romantic weekend away. 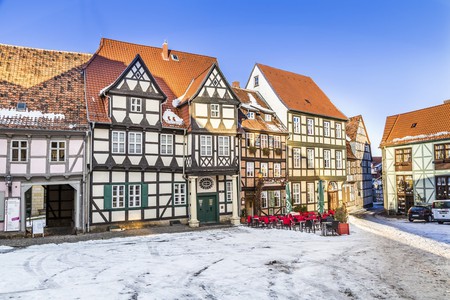 This tiny town (pronounced with a soft ‘ch’) has been going since the Celts were exploring the Moselle a couple of thousand years ago. In addition to the dozens of historical buildings nestled on a bend in the Moselle river, Cochem has the distinct advantage of being right in the middle of white wine country. The steep hills right at the river’s edge made excellent terraces, which in turn make Riesling worth the hike to procure. 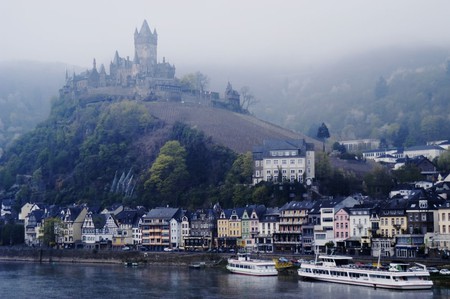 Cochem, Germany, shrouded in mist | © Louie Schoeman/Shutterstock
Give us feedback