The Most Beautiful Churches in Mainz and Wiesbaden 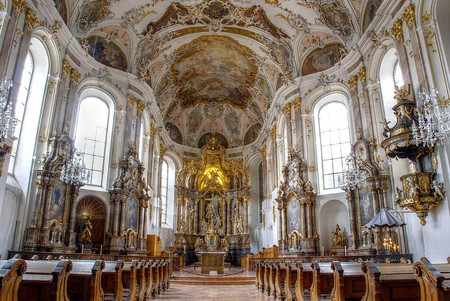 There are many reasons to visit Mainz and Wiesbaden, one of them being the versatile mix of religious architecture that these neighbouring cities have to offer. Romanesque-Revival and Neo-Gothic churches mingle with masterpieces of the Baroque era and contemporary design. Here are the most beautiful churches to see in Mainz and Wiesbaden. 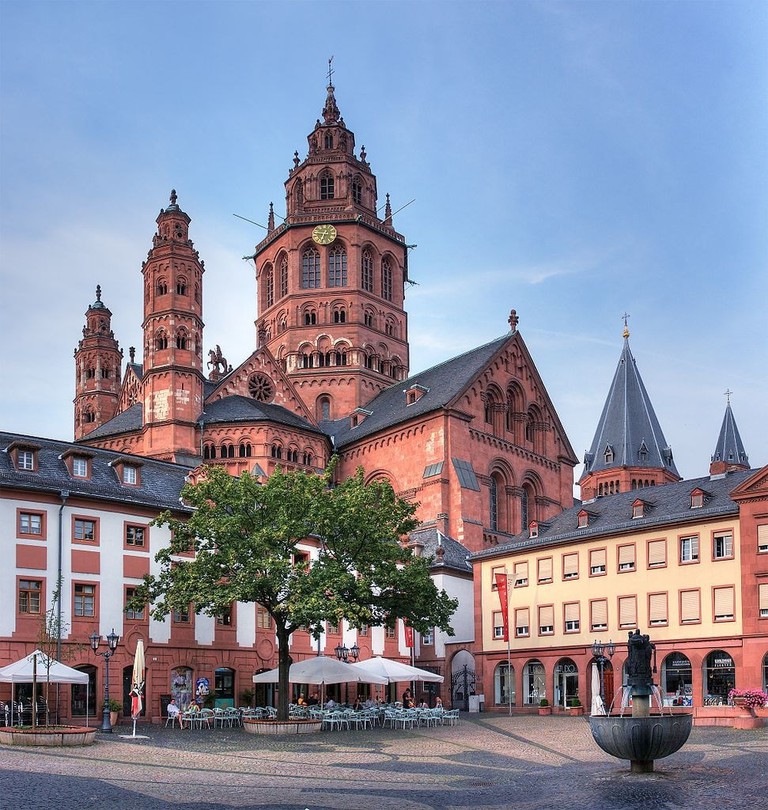 The most obvious item on our list is Mainz Cathedral, which is considered one of the best examples of Romanesque architecture in Germany. Its six towers puncture the sky of Mainz’ city centre and overlook the picturesque old town market square. The ancient walls are rooted in 975 and safeguard the tombs of princes and archbishops, while the Treasury houses a precious collection of ecclesial art and décor. If you want to learn more about the cathedral’s history, it’s worth checking out the exhibition of the on-site museum. 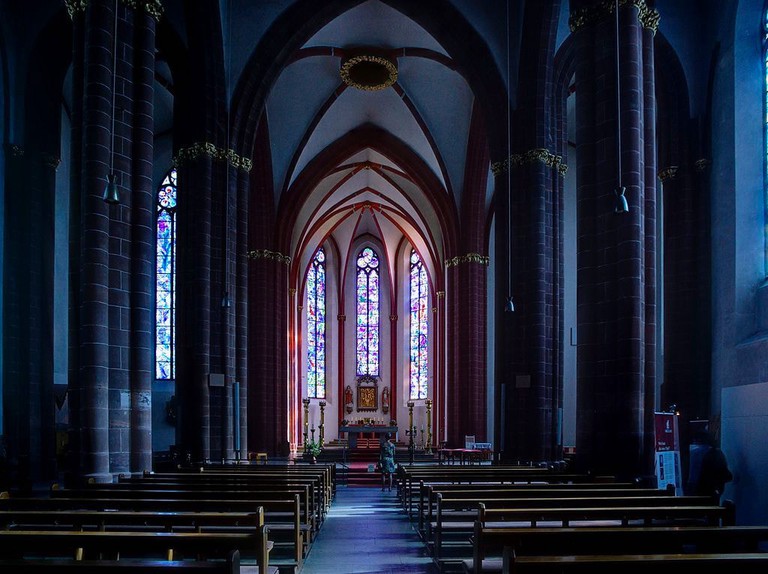 After Allied bomb raids destroyed much of St. Stephan, years and year of meticulous reconstruction followed to restore the original beauty of this hilltop church. The famous Jewish artist Marc Chagall designed the iconic stained glass windows, depicting scenes from the Old Testament, which dip the interior into hues of blue when the sun shines through. Every year, thousands of people flock to this hillside to witness the church’s unique atmosphere. 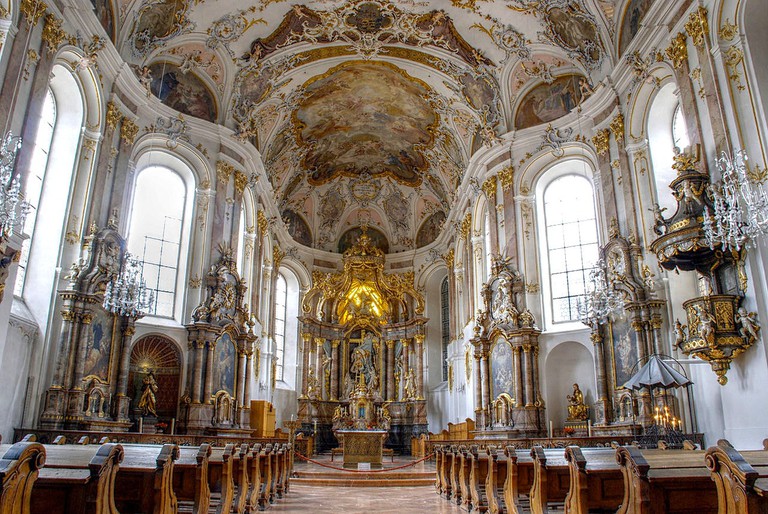 Considered a masterpiece of Baroque architecture, the blinding pomp and splendour of St. Augustine’s Church has wowed people since its construction in the mid-18th century. It survived World War II virtually unscathed, and the imposing façade will catch your eye right away as you stroll down the road. Inside, the church boasts the original Rococo décor, a beautiful ceiling fresco and stucco ornaments.

Open In Google Maps
34 Augustinerstraße, Mainz, 55116, Germany
Give us feedback 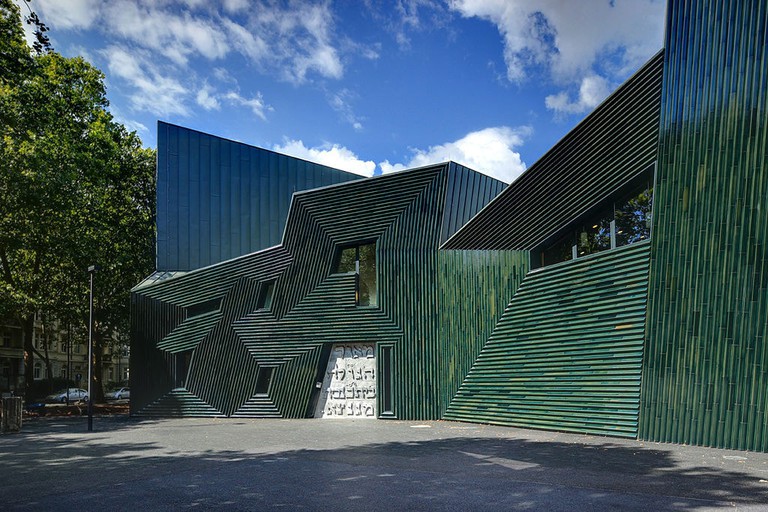 The new synagogue of Mainz is situated north of the city centre and has caught the attention of international architecture fans. Built in the style of Deconstructivism, the façade is an assembly of contorted building blocks that represent the Jewish liturgical term Kedushah, which can be loosely translated to ‘holiness’. The striking building combines a prayer room, festival hall, kosher kitchen, kindergarten, a library and offices under its roof, and the Jewish community hosts several events throughout the year that are open to people of all faiths. 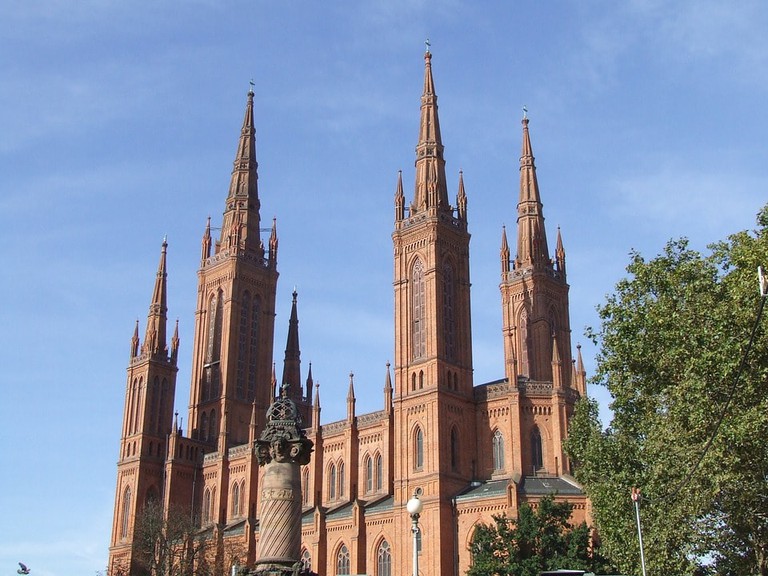 Amid the cluster of Wiesbaden’s historical townhouses, the spires of the Market Church soar 98 metres (320 feet) high. The rusty-red sandstone church was built in the 19th century, and the inside holds a few notable details, including a Walcker Organ and a carillon of 45 bronze bells that plays a short song every 15 minutes.

Open In Google Maps
4 Schloßplatz, Wiesbaden, 65183, Germany
Give us feedback 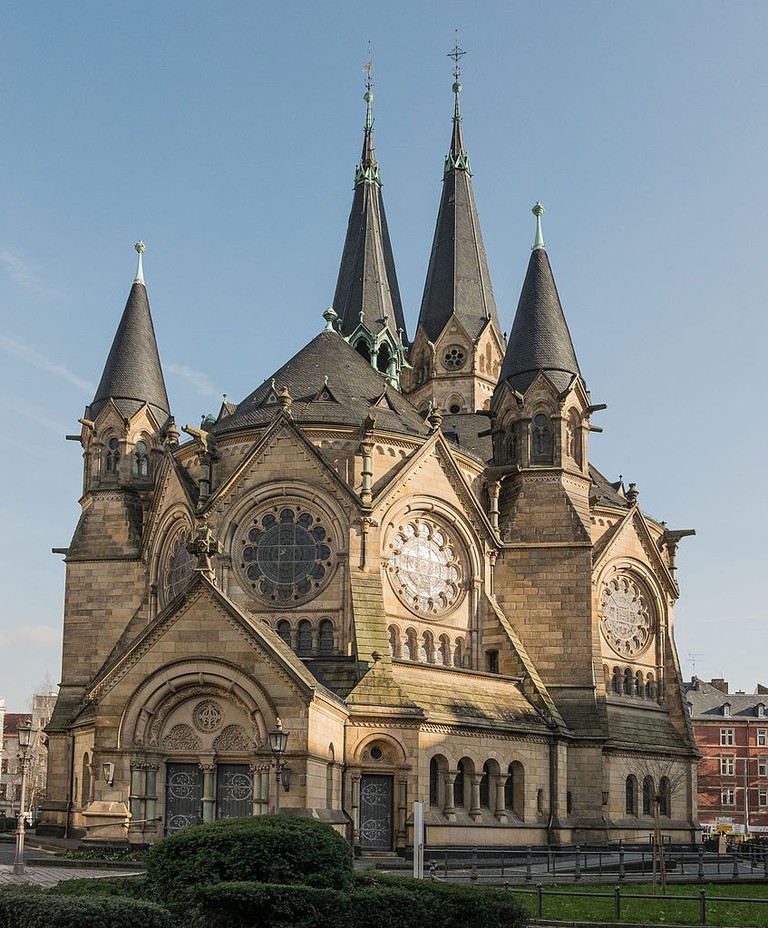 Wiesbaden’s Ringkirche is lesser known than the previously mentioned churches but stuns with a mix of Romanesque and Gothic elements. Its grey-shingled towers dominate the cityscape of the Rheingau neighbourhood, and the oculus windows allow the inside to be flooded with light. This Protestant church was the first of many to be constructed under the so-called Wiesbaden Programme, which aimed to align the chancel, altar and organ with the central axis of the church.

Open In Google Maps
7 Kaiser-Friedrich-Ring, Wiesbaden, 65185, Germany
Give us feedback 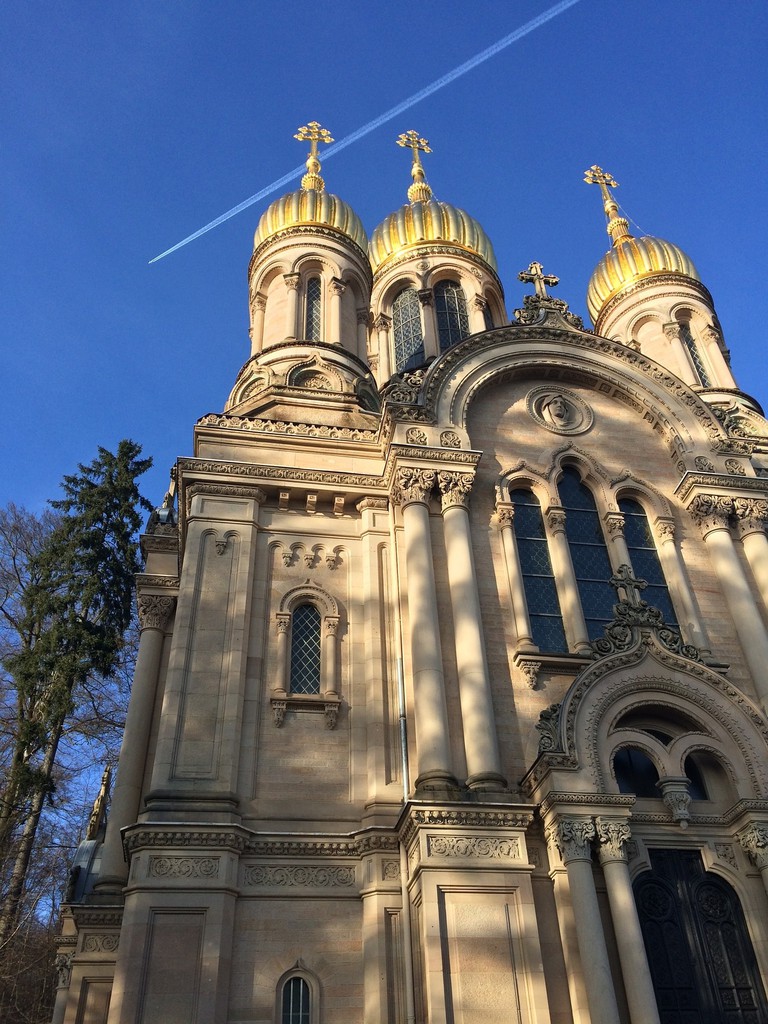 A trip up Wiesbaden’s Neroberg hill is worth your time, not only because you take the funicular railway line (first opened in 1888!) up to the hilltop, but also because it’s the setting of a beautiful Russian Orthodox Church. You’ll see the five golden, onion-domed towers dazzle in the sun once you follow the footpath down the hill, and many argue that it’s the best vista Wiesbaden has to offer. The graveyard to the back is the largest Russian cemetery in Europe outside of Russia.