The Most Beautiful Churches and Monasteries in Würzburg 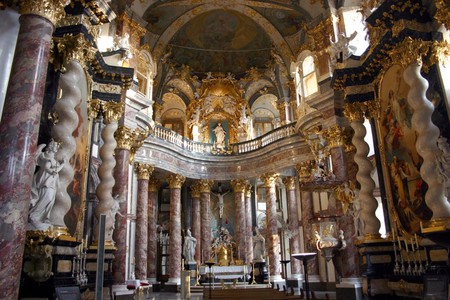 Würzburg is one of Bavaria’s most beautiful cities and boasts some incredible architectural landmarks – including several impressive churches and monasteries. From the ostentatiously decorated Käppele to the recently modernised Augustinerkirche, we’ve compiled a list of Würzburg’s most beautiful churches. 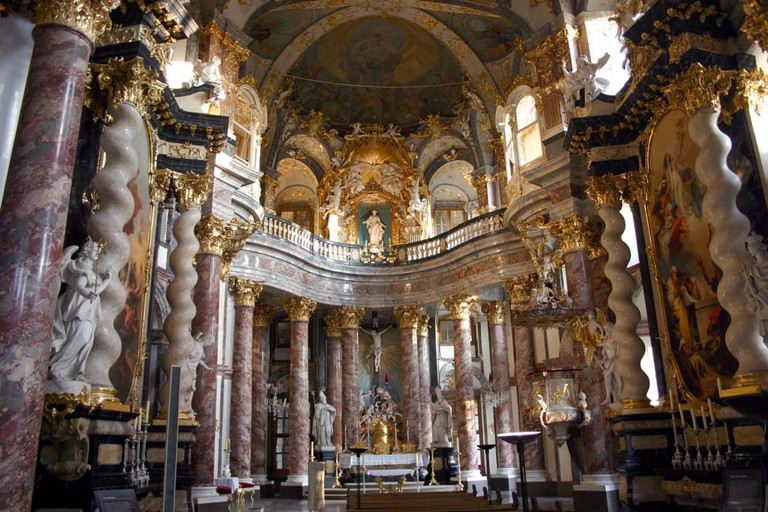 The on-site church of Würzburg’s palatial Residence dates back to the 1730s. After the walls were completed, a group of court artists joined forces to create what is one of the most decorative churches of the 18th century in Germany. Painter Rudolph Byss contributed the jaw-dropping frescoes, Antonio Bossi added stucco elements figurines and Johann Wolfgang van der Auwera created the imposing marble statues which flank the high altar.

Open In Google Maps
2 Residenzplatz, Würzburg, 97070, Germany
Give us feedback 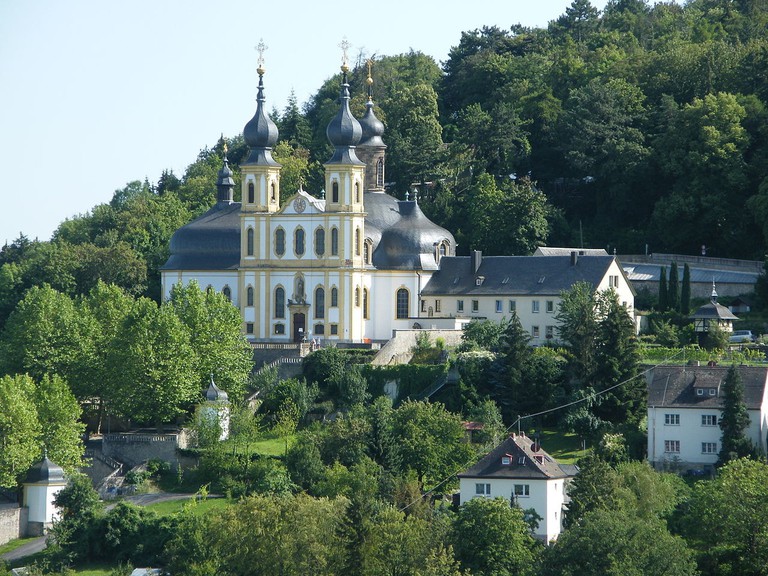 Perched on top of the Nikolausberg hill sits the Pilgrimage Church of the Visitation of Mary – or simply Käppele as it’s known to locals. The onion-domed towers can be seen from afar and are not the only noteworthy detail of the church. Architect Balthasar Neumann who designed the curved walls of the Hofkirche was also the brains behind the compact shape of this church. The dimly lit interior is an impressive ensemble of intricate stucco decor, beaten gold elements, wood carvings, marble columns and colourful murals and frescoes.

Open In Google Maps
21 Spittelbergweg, Würzburg, 97082, Germany
Give us feedback 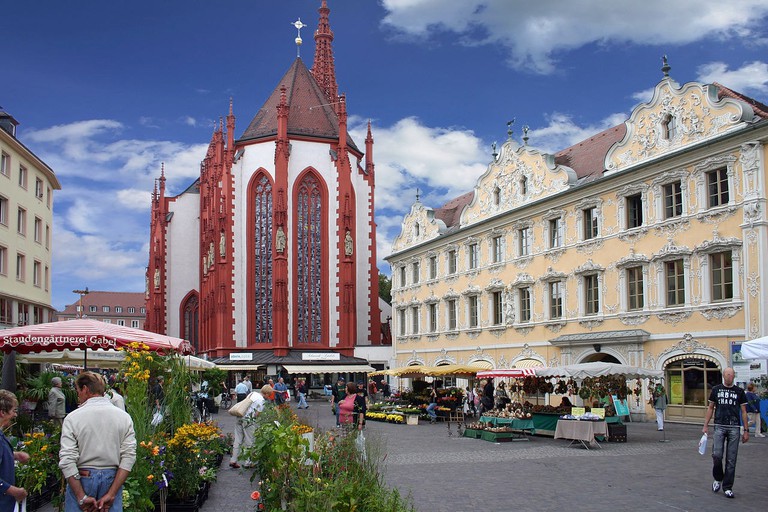 Overlooking Würzburg’s central market square stands St Mary’s Chapel (Marienkapelle). The church bell tower with the gilded Immaculata figurine at the top soars 70 metres into the sky. The striking red-and-white facade of the Gothic church is quite the eye-catcher and considered the most important building from that era in the city. However, its 1479 construction also marks a dark chapter in the city’s history: Würzburg was haunted by the plague in the mid-14th century, the local population blamed the mass death on the Jewish community and turned to violence. A synagogue which stood where we now find St. Mary’s Chapel was destroyed during the harrowing events.

Open In Google Maps
7 Marktplatz, Würzburg, 97070, Germany
Give us feedback 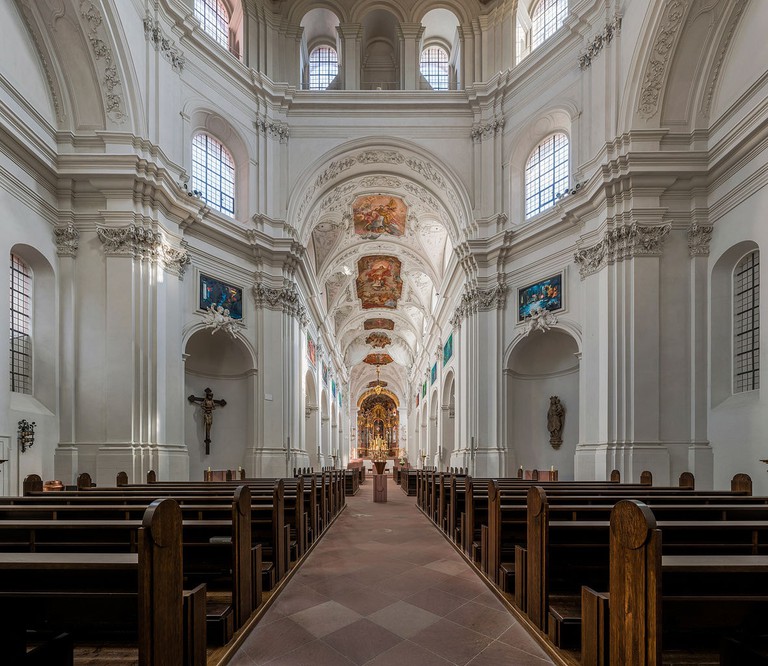 The grand Baroque facade of the Neumünster church is wedged in between two houses on Kürschnerhof street in the city centre of Würzburg. Legend has it that the biblical martyrs Kilian, Totnan ad Kolonat were murdered on this spot in 689 AD and construction for a first memorial church began in 753. Today’s cathedral, however, is rooted in the early 18th century when the Baroque exterior replaced previous buildings and the interior was decked out with beautiful decorations.

Open In Google Maps
Martinstraße, Würzburg, Germany
Give us feedback 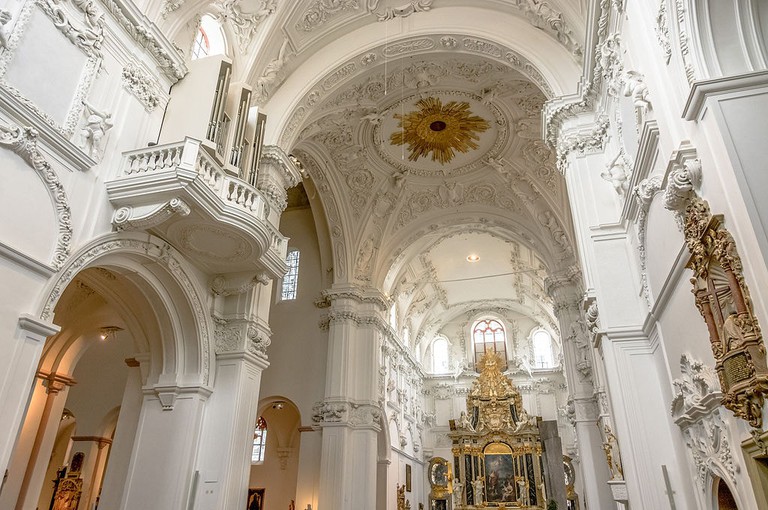 Around the corner from the market square and St. Mary’s Chapel is Würzburg Cathedral, also known as Dom St Kilian. The construction of the massive church began in 1040 and went on for nearly 200 years. Today, it claims the fourth spot on the list of the largest Romanesque churches in Germany, following Speyer, Mainz and Trier. It’s worth stepping inside to see the adorned bishops’ tombs, the stained-glass crypt and the Schönbornkapelle Chapel.

Open In Google Maps
40 Domstraße, Würzburg, Germany
Give us feedback 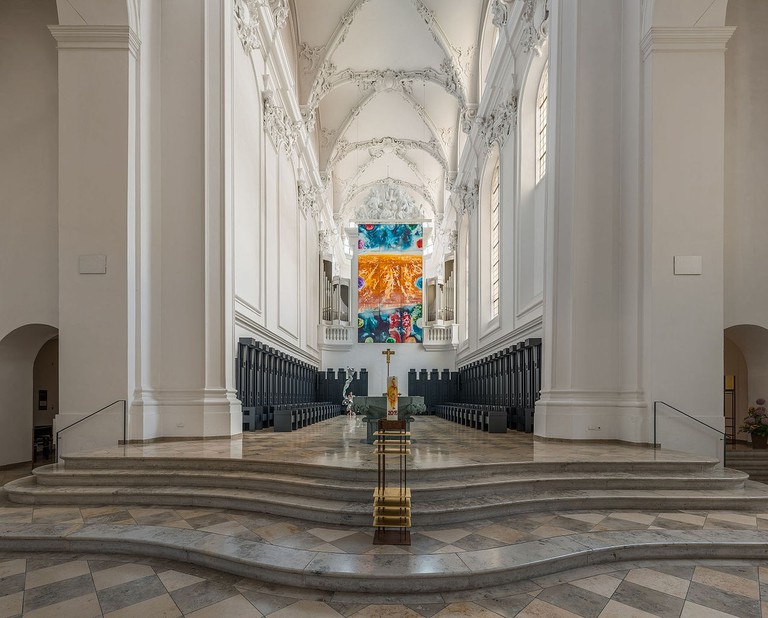 Back in 1266, the Black Friars commissioned the construction of the church, but the Gothic style was reshaped to a Baroque appearance in the mid-18th century. Much of the splendid interior was lost to the 1945 World War II bombings, and after the war ended, the appearance was altered several times. Even though much was done to preserve the Baroque elements, a controversial decision in 2011 resulted in the church being revamped once again, losing much of its traditional look. Some say it was for the better as the new design aims to embrace all religions and create an open space for everyone: white walls, chairs instead of benches and artworks underlining the loss of hierarchy between the clergy and community members.

Open In Google Maps
4 Dominikanerplatz, Würzburg, Germany
Give us feedback 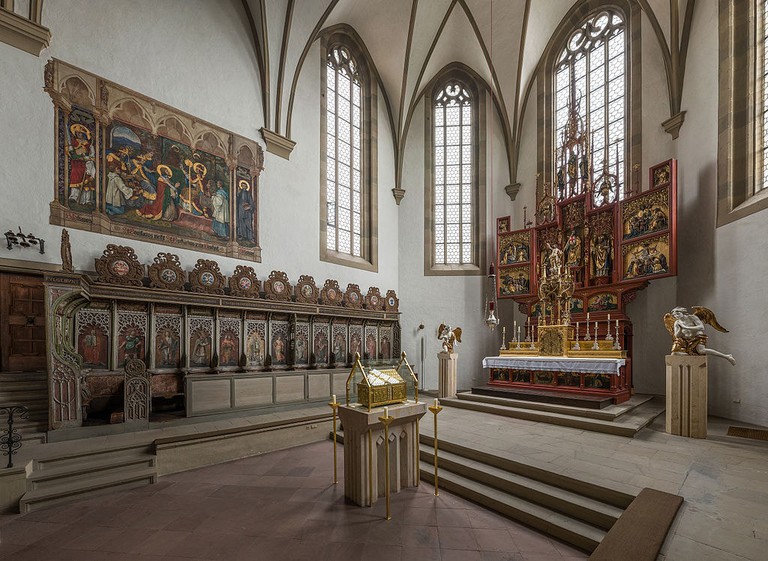 Inside St. Burkard | Inside St. Burkard
Würzburg’s second oldest church is also the city’s oldest monastery. Built in 750, the monastery was initially consecrated as St Mary’s, but the named changed several times over the following decades until the relics of Saint Burkhard were transferred to the site, giving the monastery today’s name. A Romanesque part was added in the mid-11th century and extended with late Gothic elements several centuries later, making for an eclectic architectural mix. With the secularisation, the parish took ownership of the church.
Open In Google Maps
42 Burkarderstraße, Würzburg, Germany
Give us feedback
Give us feedback