The Most Beautiful Buildings to Visit in Leipzig, Germany 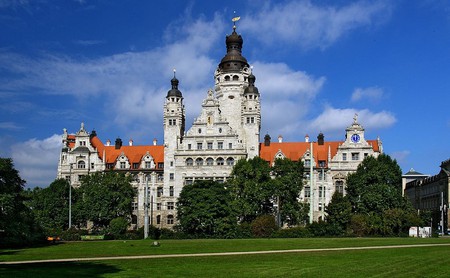 From beautiful churches to palaces and imposing monuments, Leipzig offers an array of architectural masterpieces. The cityscape is an architectural mix of Rococo country houses, Gründerzeit buildings and ornate Renaissance and Historicist complexes. We take you on a tour of Leipzig’s most beautiful buildings.

The Federal Administrative Court of Germany

The home of Germany’s Federal Administrative Court awaits with considerable grandeur. A combination of Historicist, Renaissance and Baroque elements are moulded together in the palatial complex, which was built between 1888 and 1895. Both the façade and the interior are beautifully decorated with stone carvings, stained glass windows, marble floors, frescoes and gold elements. 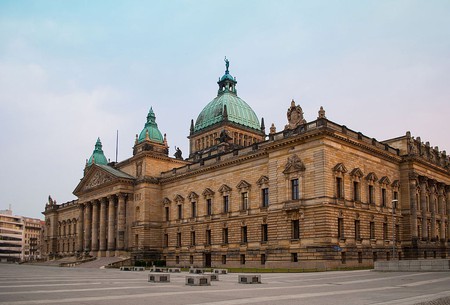 The Monument to the Battle of the Nations

One of Leipzig’s not-to-miss landmarks is the Monument to the Battle of the Nations in the Probstheida neighbourhood. The imposing memorial site commemorates the 1813 battle when Austria, Russia, Sweden and Prussia came together to defeat Napoléon. Stone carvings, statues and inscriptions embellish the 91-metre-high Völkerschlachtdenkmal and the ‘lake of tears’ in front of it mirrors its reflection.

Monument to the Battle of the Nations, Straße des 18. Oktober 100, Leipzig, Germany

If you venture out north of the city centre, you will come across Gohlis Palace. In 1755, a wealthy Leipzig merchant commissioned the construction of his summer residence, and it’s the only remaining palace and manor houses from the era. Today, the palace is used for exhibitions, plays and concerts and has an on-site café and restaurant that are open to the public. 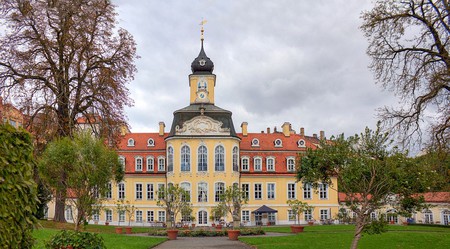 A statue of the great German composer Johann Sebastian Bach greets you at the main portal of St Thomas Church in commemoration of his time as the church’s musical director. Construction of the church initially started in 1212, but over the years St Thomas was rebuilt, expanded and altered several times. The octagonal tower was added in the Renaissance era, and the intriguing mix of white plastered, and bare brick walls is mainly due to renovations necessary after the World War II bombing raids damaged the façade.

Leipzig is home to one of Germany’s most beautiful city hall buildings. Since 1905, the municipal government has occupied a palatial building on the southern fringe of the city centre. The building is defined by Historicist architecture and the main tower that soars nearly 115 metres into the sky. Built from grey shelly sandstone, the building was constructed in the style of the former Pleißenburg Palace that had stood in its place.

Leipzig’s old town hall is considered to be one of the most important secular buildings of the Renaissance period. The cornerstone was laid in 1556, and with the growth of Leipzig and the responsibilities of the local government, the building was expanded over time. Today, the 93-metre-long front of dominates the market square and houses the Museum of City History.

The plaza in front of St Nicholas Church was the scene of the revolutionary Monday Demonstrations back in 1989 which played a key role in bringing about the fall of the Berlin Wall. The church itself impresses with an architectural mix of Romanesque, Gothic and Baroque elements and detailed stucco elements in white, green and rose. 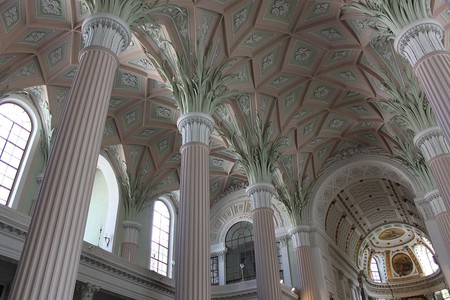 © DerHHO / WikiCommons
Give us feedback