The History Of The Akademie der Künste In 1 Minute 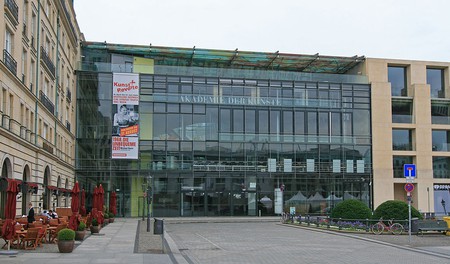 A truly all encompassing bastion of art, the Akademie der Künste, or Academy of Arts has served the national and international community for centuries. The academy has played a dynamic role in shaping a diverse range of art, and has functioned as an exhibition space, a meeting center for artistic debates, a collaboration point for artists, and much more.

Founded in 1696 by Frederick III of Brandenburg as the Prussian Academy of Arts, it was to be a cultural fortress where ideas could be shared, digested, and dissected by its members. Its name has shifted throughout the years, but its primary function has remained relatively close to its core: to promote art. From its early years as the, ‘Academy of Painterly, Sculptural and Architectural Art,’ to its early stages of adulthood as the, ‘Royal Prussian Academy of Arts,’ to finally becoming the Akademie der Künste, this cultural landmark has been a prominent part of the art world, instilling a tenacity and artistic integrity as a part of its pedagogy. 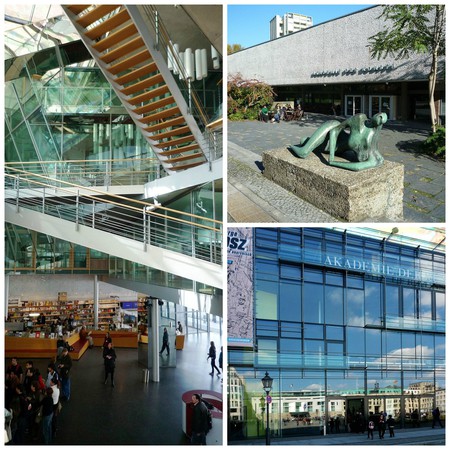 Today it has around 400 members and holds two culturally significant locations in the center of Berlin; one in Mitte at Pariser Platz and its counterpart lies in Tiergarten at Hanseatenweg. The institution relishes being a focal point for the dialog around art to unravel, as well as being a center for art to be showcased, irrespective of nationally, age, or distance. It houses six sections: Architecture, Visual Arts, Literature, Music, Film and Media Arts, and Performing Arts. These are the six vertices of its cultural anatomy that contribute to the impressive archive list, consisting of 1,200 individual artist archives. This comprehensive and vast archive is a major draw for musicians and academics.

In order to showcase, broadcast, and investigate art, the academy regularly hosts events, and is famous for its outreach and scholarship programs that attract extraordinary talent. Being such a well established historical institution that has managed to maintain its relevance over many centuries, it plays a vital and distinguished role in advising the state of Germany on artistic matters.