The History Of Sophienkirche In 1 Minute 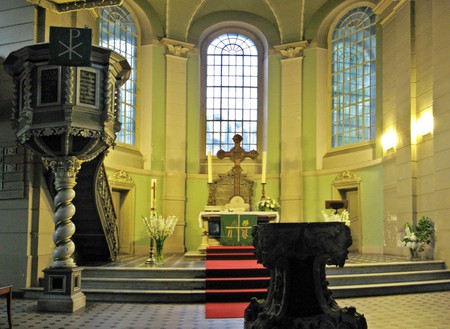 There are many churches that dot the Berlin skyline, and each has its own historical contribution as well as religious affiliation. The Sophienkirche is a church of Protestant affiliation and extends its pious spire into the skyline in Berlin‘s Mitte, specifically, the Spandauer Vorstadt part of Mitte.

The Sophienkirche (Kirche is the German word for church) dates back a few centuries, and like much of the religious architecture in Berlin, it’s teeming with history. The designer for the church was Philipp Gerlach, who was given the orders to carry out the delineations of its architecture by Frederick I of Prussia. The monarch was actually the one to lay the first stone, a holy and righteous honor.

Meanwhile, Frederick I married three times over the course of his lifetime. It was during his third marriage that Frederick died. The lucky lady number three, Sophie Luise von Mecklenburg-Schwerin, was supposed to have the church named after her. It was the wish of her late husband. And during the consecration ceremony in Februrary of 1713 by the ruler who succeeded her late husband, Frederick William I, he was supposed to carry out his wish, but failed to do so. The reasons are unclear, but alas the name of the church whose first stone was laid by Frederick I was not dedicated to his wife. Later that year in June, the church took on the nomenclature Spandauische Kirche. And then the next ruler of Prussia, Frederick II, decided to go back to the original plan, and renamed it Sophie Luise, hence where we get the name Sophienkirche that it bears today. 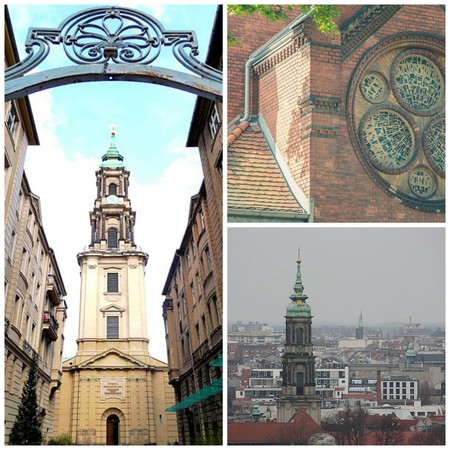 Johann Friedrich Grael added the baroque tower to its exterior a couple of decades later. And that wasn’t the last of the design alterations. Friedrich Schulze was commissioned to rebuild the church in the late nineteenth century. Through these alterations, the interior was given a much needed facelift, and the roof was given a bit more height. Altars were also added, and many other precautions were made to revitalize the church while also maintaining its aesthetic integrity. Two famous eighteenth-century German poets are also immortalized on the exterior of the church, Karl Wilhelm Ramler and Anna Louisa Karsch.

The cemetery adjacent to the pious Sophienkirche is called Friedhof II der Sophiengemeinde Berlin, with notable burials having taken place there, like the one for the composer Carl Friedrich Zelter.