The History Of Museum Island In 1 Minute 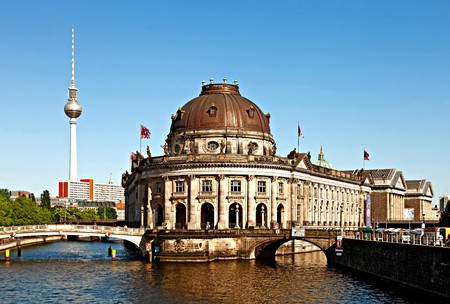 Museum Island doesn’t leave much to the imagination with its name, but it doesn’t have to. Hosting over five museums in its little cultural pangea, the name is quite fitting. This slice of the city is located in Mitte, the heart of the Hauptstadt, with the river Spree at its side. Nabbing the title of a World Heritage Site by UNESCO in 1999, this isle of enlightenment is a proud landmark of Berlin.

Museum Island is a cluster of museums that is quite literally located on the northern part of an ‘island’ in the center of the city. On it, tourists and art lovers can find The Altes Museum, Pergamom Museum, Neues Museum, Bode Museum, and The Alte Nationalgalerie. Previously playing home to the old city of Cölln, a sister town of an antiquated Berlin in the 13th century, Museum Island slowly but surely started its shift from residential to cultural in the last few centuries.

In 1797, the archeologist Aloys Hirt suggested an erection of an exhibition hall in this once-upon-a-time city, and that is exactly what happened. In 1822, Karl Friedrich Schinkel, an integral Germany city planner and architect who helped imagine a great deal of neoclassical and gothic structures in Germany, made plans for the Altes Museum under the supervision of the Prussian philosopher Wilhelm Von Humboldt. Later the king of Prussia at the time Frederick William IV of Prussia wanted to designate the area for art and science. In the early part of the 20th century the high art previously quarantined to the upper class and royalty would become open to the public. 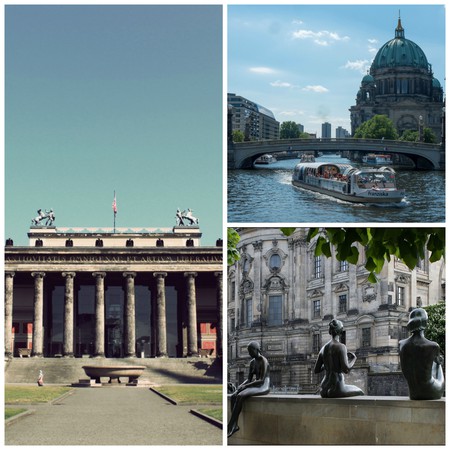 Each museum specializes in its own slice of history and art. The Pergamom is characterized by its collection of ancient architecture. The Altes Museum hosts art of antiquity – mainly Greek and Roman. The Neues Museum is defined by its archeological objects. The Alte Nationalgalerie covers the 19th century, while the Bode Museum takes on earlier works from the Byznatine empire to the beginning of the 19th century. The collections were briefly separated during the Cold War, as Germany and Berlin were split in two, but after reunification the ensemble was united once again. As Museum Island grew, so did its historical significance, which is why it’s a protected and highly regarded piece of Berlin’s historical legacy.