The History of Berlin's Olympiastadion In 1 Minute

The story of Berlin’s Olympiastadion begins with the infamous 1936 Summer Olympics. The Nazis built the stadium according to the plans of architect Werner Marchas, a larger-than-life propagandistic mechanism intended to display to the world the prowess of Third Reich. Upon completion, the Berlin stadium housed 110,000 spectators for the Olympic games. Yet, its history does not end there.

Located just north of Grünewald Forest, the Olympiastadion consisted of 326 acre’s worth of sporting facilities equipped for equestrian events, hockey, swimming, football, and more. In addition to all this, the main stadium was outfitted with a special platform for Hitler and his associates to watch the games. Interestingly, the Olympiastadion itself was built on the foundation of the stadium erected for the 1916 Olympic games, which were canceled due to the onset of World War I.

Aside from the stadium complex’s bell tower, Olympiastadion made it through World War II relatively unscathed. Allied forces occupied various parts of the stadium immediately following the war and setup headquarters there. In fact, British forces remained stationed at the stadium in various capacities until 1994. 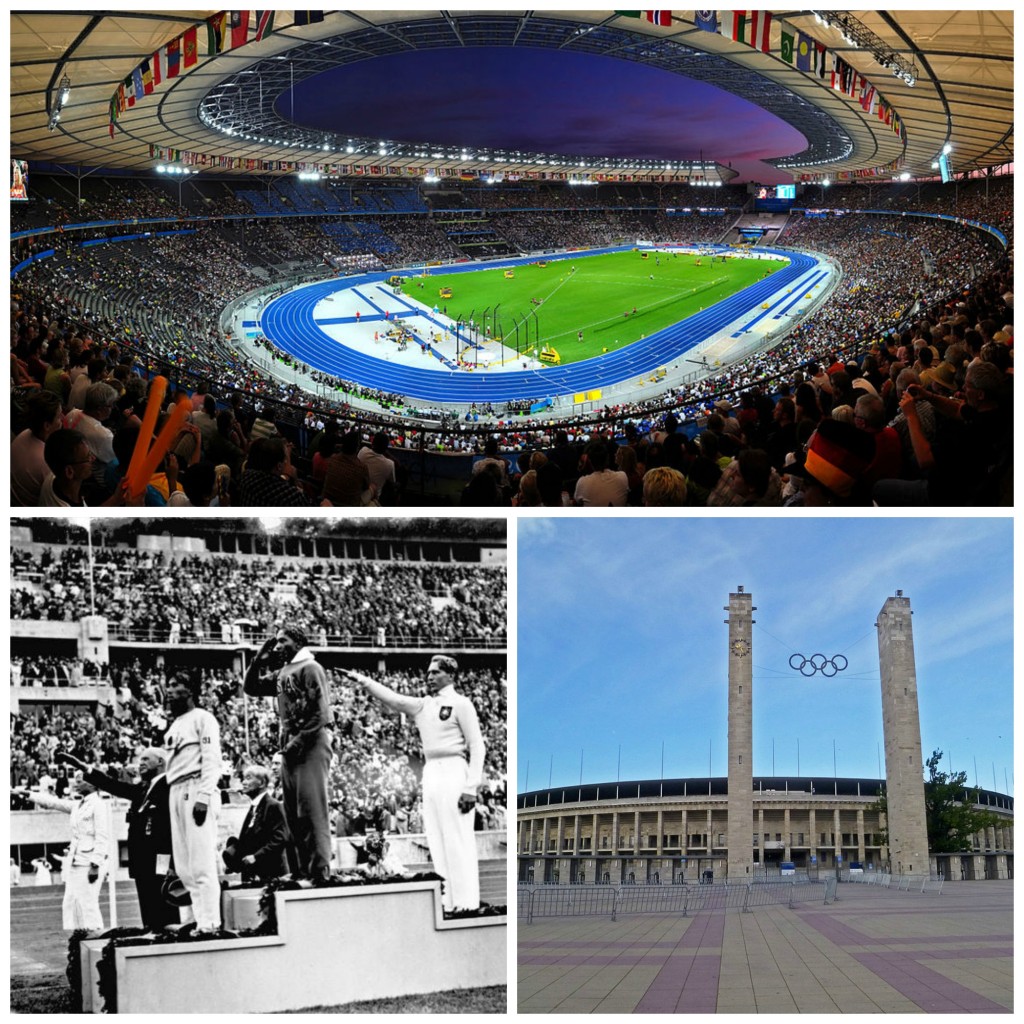 Simultaneously, parts of the Olympiastadion complex were still used for sporting events. the Bundesliga held football matches here, with Hertha BSC operating as its home team. During the 1960s, soldiers from the United States introduced American football to Berliners through a series of exhibition games. in 1974, multiple FIFA World Cup matches took place here as well.

In 1998, after much debate about what to do with the sprawling stadium that functions as a stark reminder of Germany’s past. Eventually, it was decided that Olympiastadion would be subject to a two-year renovation project. In 2006, it was the site of the FIFA World Cup.

Now, the stadium functions as a multipurpose arena. Hertha BSC still plays here, and the swimming pool is open to the public. Concerts are sometimes held here, and the Berliner Philharmonic pays in the Wäldbruhne, which is part of the Olympiapark. It is also possible to take a guided tour of the stadium where visitors can revel in its astounding history firsthand.