The Greatest Pop Songs That Will Help You Learn German 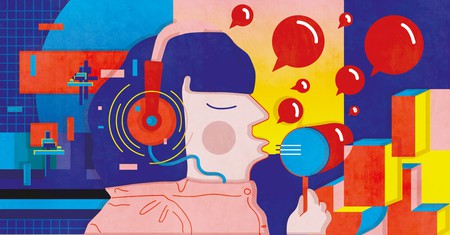 German teachers often advise their students to listen to German music, which might sound odd at first, but it can be highly effective. Besides making the process a lot more fun, studies show that listening to music puts people into a relaxed state of awareness, optimising conscious learning. Not only will you get a glimpse into German culture, it will also develop your listening comprehension skills. Hearing a language spoken in songs help learners to recognise how expressions, intonation and form can be used, from employing poetic devices, to understanding street language that wouldn’t be picked up in the classroom. Discover eight classic songs that will help you learn German.

Hone your German skills with this cute and almost cringe-worthy pop song about a couple’s first meeting in a garden. After hearing it a few times, you’ll be better equipped to talk about relationship matters, feelings stirred by ex-lovers and breaking up in German. Straight out of 2007, the song is upbeat, catchy and has plenty of positive energy.

Learn German with the aid of Germany’s biggest electronic band from the 80s, Kraftwerk. Tour de France was an international hit and, as you may have guessed, is about competing in the world’s biggest cycling event. The song is catchy, quirky and doesn’t have too many lyrics, making it the perfect tune for beginners.

Tokio Hotel’s biggest hit from 2007, Übers Ende der Welt, moved fans enough to learn German just so they could sing along to the lyrics on the band’s worldwide tour. The title means ‘over the end of the world’ and it’s basically a song about personal power, letting go of your inhibitions and following your heart. Something to help inspire you while learning the language.

Warum? meaning ‘why’ is brought to you by the all-girl hip-hop group Tic Tac Toe. A real winner for new, niche vocabulary, it tells the story of a drug addict who succumbs to an overdose. Unfortunately, after the song was released in 1997, the girl gang had a public quarrel during a press conference and split up. Why oh why!

In 1983, this song became famous for its anti-nuclear war motif, and became something of a protest song that successfully captured the Cold War climate of the times. Being terribly catchy, an even more famous English version was recorded with the title 99 Red Balloons instead of Air Balloons.

Männer, meaning ‘men’ in German, is a semi-humorous men’s liberation song that ironically points out the conditioning of manhood. The slightly odd lyrics translate as: ‘men provide security yet men cry in secret… men can do everything yet men have heart attacks.’ Grönemeyer is one of Germany’s most commercially successful artists.

Refine your geography and German vocabulary skills with this 2013 hit about all the women Fettes Brot has loved from all over the world.