The Future of the Jeepney is Here, and it Comes with Wi-Fi 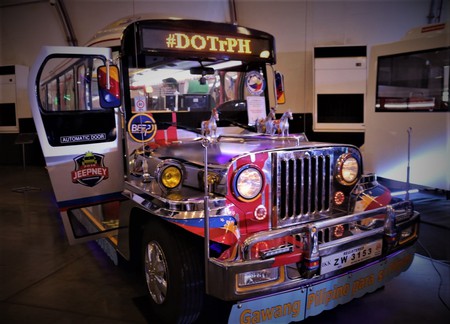 This new prototype design for Philippine jeepney is the closest to the original design. | © Department of Transportation (DOTr-Philippines)

The Philippine public utility vehicles are set for a total upgrade in 2020, and the country’s iconic jeepney is no exception – all for a safer, more comfortable and environmentally-friendly daily commute. 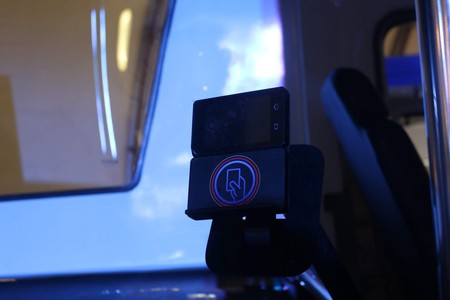 New features include CCTV cameras, speed limiters, GPS and an automatic fare collection system. There will also be free onboard entertainment including TV and Wi-Fi.

Under the proposed scheme, the Philippine public utility vehicles will come in four model types (known as ‘classes’):

• Class 2: Around 25 seats, with space for standing commuters and for city routes with high-density passenger volumes.

• Class 3: For inter-city routes with around 23 passengers or more and with front-facing seats. Passengers are all seated.

• Class 4: is like the Class 3 but for longer trips (province to city). There will be space for cargo.

These new ‘e-jeepneys’ will replace all four-wheel modes of public transportation to curtail the current overlap of vehicles on the road. 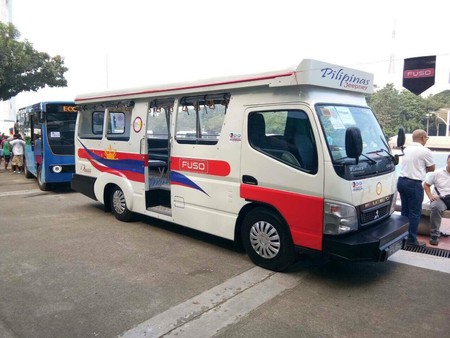 Implementation of ‘e-jeepneys’ in Leyte

The city of Tacloban has already started to implement the modern PUVs since January, which according to Land Transportation Franchise and Regulatory Board (LTFRB) Chairman Martin Delgra ‘will serve as a model for Public Utility Modernisation of the whole country’.

The Tacloban PUVs granted operators and a cooperative the use of 15 solar e-jeepneys for each of the three newly opened city routes. These run on schedule, with dash cameras, CCTV cameras and an automatic fare collection system. Drivers are paid fixed salaries and work 12 hours per day. 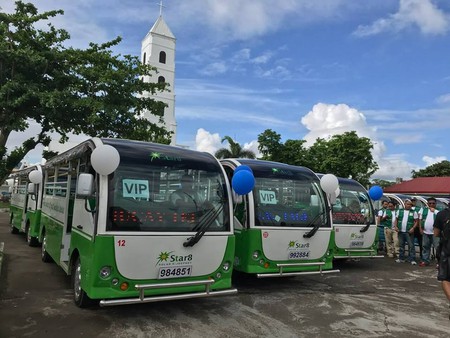 During the launching of the PUVMP in Tacloban, the first in the country. | © Department of Transportation (DOTr-Philippines)

With the new ‘one route, one franchise policy’, individual drivers will have to surrender their franchises and scrap their old PUVs. Those that voluntarily do so will receive financial assistance to shift to the new program or pursue a different career.

However, the modernised Philippine public utility vehicles cost P1.6 million and up per vehicle – the main reason jeepney operators are opposing the program. 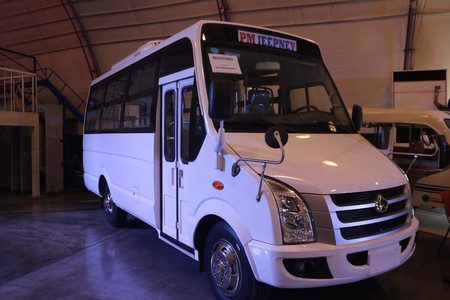 Air-conditioned PUVs are an option for builders. | © Department of Transportation (DOTr-Philippines)

Current Jeepneys will have to keep up

Jeepneys are the second most common method of transportation in Metro Manila, next to walking. About 180,000 jeepneys will be phased out once the modernisation program takes full effect, especially those 15 years or older.

Faced with this impending change, several entrepreneurial jeepney drivers have upgraded their vehicles in hopes of attracting more passengers. Manila-based driver Rudy Avila has free Wi-Fi, a TV and a karaoke machine onboard his vehicle, which he says has become very popular with customers.

In a TV interview, Avila said he initially installed a karaoke machine in his jeepney to keep passengers entertained during the city’s notorious heavy traffic – those brave enough to sing got a free ride.

Avila’s jeepney impressed some customers so much, they took to social media to sing his praises (perhaps on the free Wi-Fi). 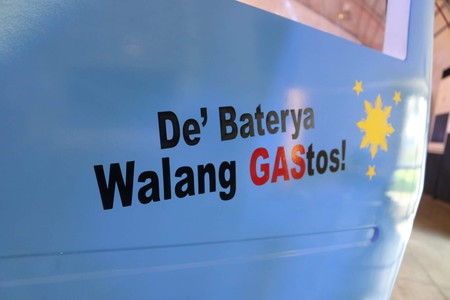 A similar story of an upgraded jeepney in Cebu made it to the news a few months before the video of Avila’s jeepney went viral. Like Avila, Roly Llenos wanted to make jeepney rides more bearable by having free Wi-Fi and gadget charging in his jeepney.

To which his passengers responded: “Dapat lahat ng jeep ganito” (All jeepneys must be like this).

Yet despite these homespun innovations, there is no guarantee that the jeepneys of the past will survive the impending vehicles of the future.