The Extraordinary Life Of Tempelhofer Feld

Berlin offers a uniquely high number of ‘abandoned’ locations as an illustrious backdrop to its unparalleled history. Treptower Park’s blood pumping Spreepark draws even the least adventurous of city dwellers to investigate its towering ferris wheel littering childhood memories across the south. Weißensee plays host to a long forgotten children’s hospital, or as it’s better known now, Zombie hospital. But the biggest and the brightest abandoned hotspot for residents and tourists alike can only be that of Tempelhof, the abandoned airport.

Roaming the cobbled, unsturdy streets of Berlin can sometimes become tiring, especially once the ‘sexy’ appeal of Germany’s beautiful capital begins to wear thin. In this case, there’s no specific need to spend your Sunday morning hunting for areas of vast, open space that lies a mere 40-minute train ride away. Simply hop on the U8 and head to Tempelhofer Feld, which since 2008 has dominated the peripheries of Neukölln, Tempelhof, and Schöneberg as the dog-walking, wind-surfing hobby spot that undoubtedly dwarfs all other vast city landscapes. 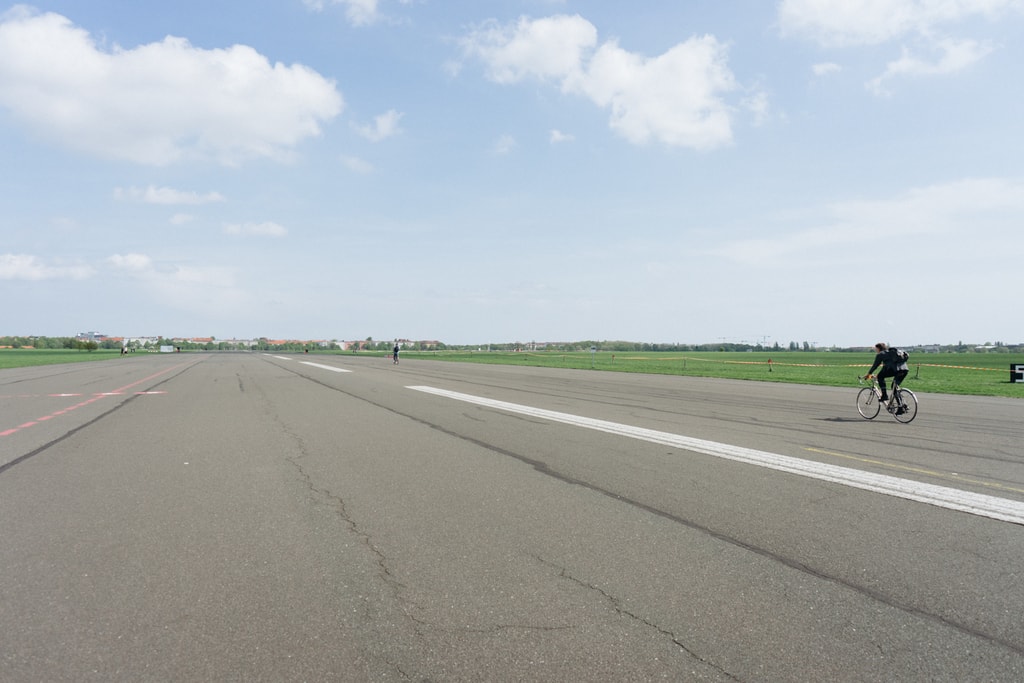 After more than 80 years of service as a public airport, 2008 brought an end to the days of Tempelhof as an airport in its standard form, but with an early funeral comes a celebratory wake, with the history of the space continuing to develop. However, the space had been an empty plot of parade land for centuries before that, playing host to 18th-century Prussian forces, before Germany began to develop its barracks up until the First World War. As you glare across the grey, solid lake into middle distance, consider the lack of renovation this city center space has experience.

It’s quite a challenge to find something so endlessly flat within such an urban environment. Like just about everything else in Berlin, the airport’s 20th-century life tells a gripping tale, yet unlike much of the re-established cityscape, the ground remains unaltered. As you stroll contently across the concrete field, sporadically ducking as your city-bred subconscious assumes you’re about to be mowed down by a British Airways jet, be sure to look down at the scattered bullet holes, reminiscent of the all-too-recent Second World War. You’ll find these most prominently close to the hangars, which have become the most infamous aspect of the area since mid-2015.

As a commercial airport, Tempelhof played an integral part in the 41 years that West Berlin was enclosed — both physically and politically — within East Germany. As the only means of transport that wasn’t directly controlled by East Germany, air traffic was a dominant connection from West Berlin to the rest of the Western world, transporting tourists, refugees, and of course, imports of food and more trivial items.

2008’s final closure came as the result of ongoing plans to combine Berlin’s air traffic from three to just one airport.

On arrival at Tempelhof, you might be forgiven for wondering what the big deal is about. A big oval of nothing that takes up a lot of space doesn’t exactly yell to be added to the holiday journal. By the end of the first visit, however, it features as a pivotal aspect for many travelers. Walking down 2,094 meters of airport runway is bound to open up visitors’ minds to the prospect of such an unusual space, given the rarity of a place like Tempelhof. For a large, old, and active city to offer a huge space unlittered with the meekness of buildings or the simplicity of trees is quite a site to behold, and the air on Tempelhof will feel fresher for it.

Soaking up the low winter sun by the steel, prison-like fencing at the south-easterly entrance to the park, one considers how many times one can return to the same, essentially drab location. That is to say drab by a simplistic description. Because Tempelhof has so much spirit to offer, season upon season. Running 5K has never felt so good! Joggers and runners weave past  rollerbladers in what feels like an endless straight line. The wind becomes an earthly barrier without any council block corners for civilians to hide behind. So windsurfers use it to their advantage, strapping sails to skateboards and dominating the runways like it’s just commonplace. The people of Berlin have grown not only fond of their unique city desert, but have adopted and taken control of it, adding innovative scientific art experiments and allotment gardens for Sunday strollers to take a breather by. 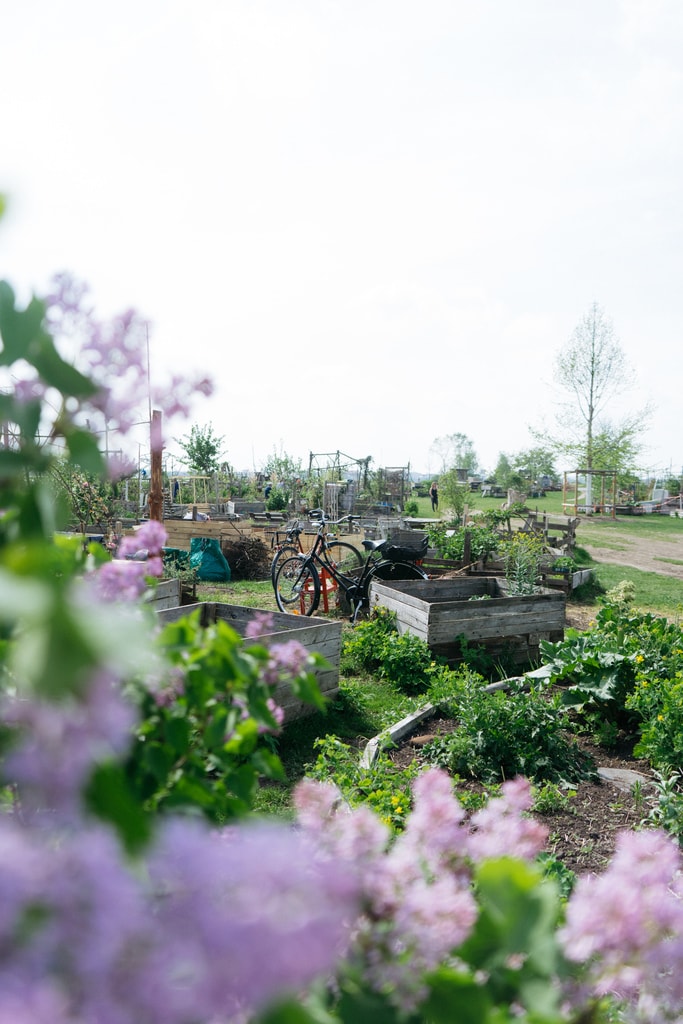 The Future Of Tempelhof

Perhaps harrowingly, you may find the distant reminiscence unavoidable as you consider the 2,000 refugees who are currently being housed within the hangars, mere meters from the bullet-hole evidence of some of the worst events in modern history.

As the German government leads discussion on using the entirety of Tempelhof as a space to house even more refugees during the current international crisis, the watch may be ticking on the regularity of your evening runs in this prime spot. Whether Berliners believe in the disuse of their park or not, the construction of ‘temporary’ shelters may be unavoidable in the near future, which, whether an appropriate decision or not, will certainly add to the un-slowing timeline of Tempelhof.

Given 2008’s referendum, which brought the city close to disallowing the closure of Tempelhof as a commercial airport, Berliners evidently hold a strong bond with their public spaces and buildings, whatever the format. Almost ironically, the passion of Berlin’s loyal residents seems to be broiling in light of the potential closure of the area as a park, but naturally, there is a much greater story to be told under the current circumstances. 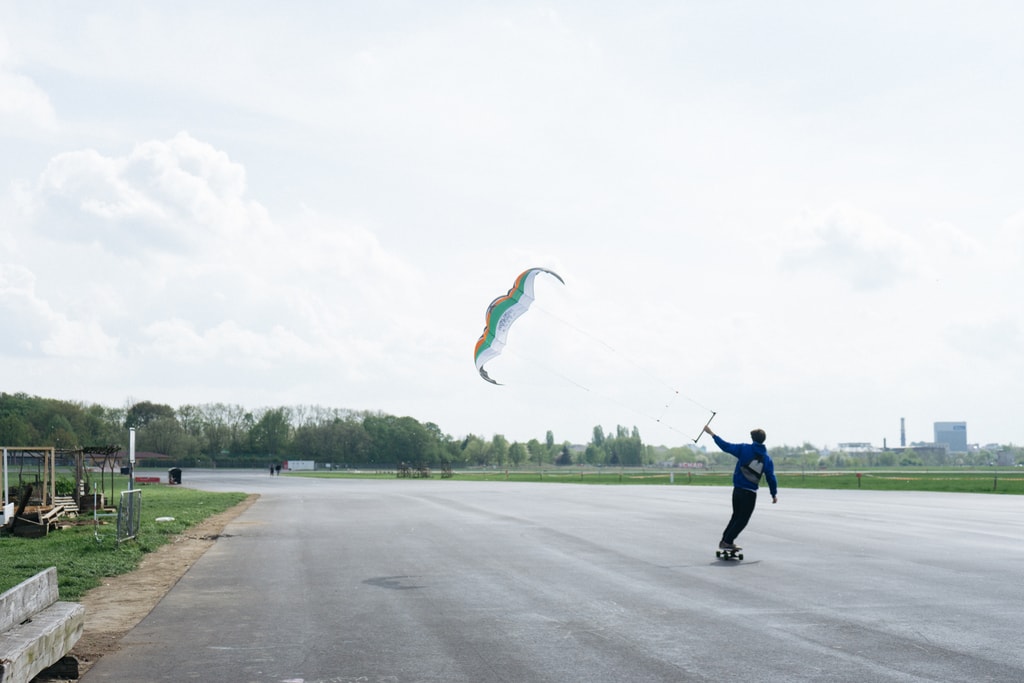 When considering the plethora of faces that have graced Tempelhof throughout its many lives, you might wonder who is in attendance now. Well, the answer is, everyone and anyone. Extended families meet pet owners in the designated dog run allotments, whereas sports lovers of every variety duck and dive around the beautiful hipster generation barbecuing their sun-glazed summers away. It’s time to join the party, before it’s too late.