The Do's And Don'ts Of The Starkbier Fest 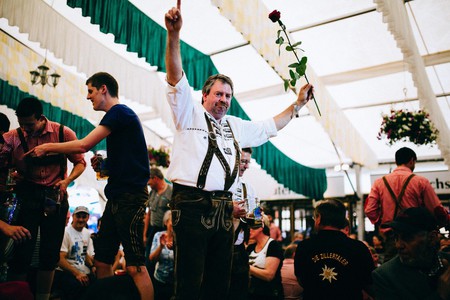 Germany is full of rules and regulations. And if you don’t follow them, although you don’t always break the law, you might have one or two angry Germans shout ‘nerviger Touri!‘ (annoying tourist!) at you with a discerning shake of the head. So, it really is best that you follow the rules – for your own good. These regulations apply just as much at the Munich Starkbier Fest. So to aid you through a pleasant festivity, we have a list of do’s and don’ts.

Although this is a beer festival – which means that the majority of people will be quite intoxicated – nobody likes an out-of-control drunk. The Bavarians avoid this problem by eating a savory meal both at lunch and for dinner. Make sure not to forget a big breakfast for those early mornings on Saturdays and Sundays! Lots and lots of carbohydrates, such as a Wiener Schnitzl with french fries, or a Schweinsbraten with Knödl (Pig roast with potato dumplings) are a must. If the hunger strikes in between, there are always waitresses coming around with big pretzels – snack on those. 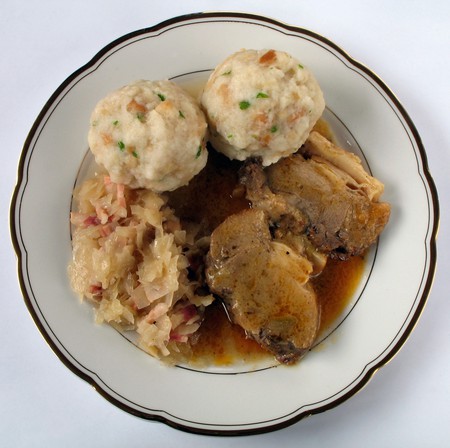 In contrast to the stereotype, Germans can actually be really friendly! Especially if they see people embracing their culture. So although you might not know all of the songs that will be playing in the beer hall, at least swing your mug along and sway with the rest of the crowd. Some of the hits that will be played by the band are in English. Start remembering the lyrics of ‘Sweet Home Alabama’, the Beatles‘ ‘Hey Jude’ and Robbie William’s ‘Angels’ now, and no problems will ensue.

Don’t be mistaken, if you’re a tourist, the average Bavarian citizen will spot you from a mile away. However, it is always polite to learn some words of the country you’re visiting. If you’re in Munich for the Starkbier Fest, the following words will come in handy: Servus (hello/goodbye in Bavarian), Eine Mass (one litre of beer), Bitte (please), Danke (thank you) and Toiletten? (Toilets?).

In Bavaria it is a tradition to wear the appropriate folk dress to beer festivals. The girls wear the so-called Dirndl, a tight dress of any variety of color or pattern, with a white blouse underneath. There is also an apron on top. Girls, remember this: a bow on the left signifies being single, and a bow on the right equates to being spoken for. A bow at the centre means widowed, and a bow at the back means virgin (nowadays usually just used for children). The men wear traditional Lederhosen. These are suede leather pants that come in a different variety of lengths – to the ankles, the calves, or the knees. All three varieties are acceptable at all ages. The dress and the pants come in all quality and prices – they can go up to €500! A quick pitstop around Marienplatz or perusing online will ensure cheaper varieties. For those who don’t want to get the proper attire, it’s best to at least wear plaid. 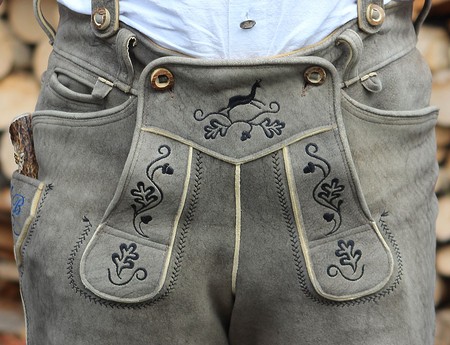 The security at these beer halls have very little tolerance – especially for tourists. It is absolutely fine to sing along, have a couple of beers, and dance around. However, don’t stand on the tables or benches unless everyone is doing it. Don’t try to chug the entire beer mug at once, even if a Bavarian is attempting it. And especially don’t try to make friends with the security. They will immediately kick you out, and then there’s no way back in.

We will reiterate: this is a beer festival. You might be a bit too dizzy to find your way back to your hotel/hostel after a whole day of drinking strong beer. Asking for directions is also not always ideal, since not everyone in Munich speaks English. It’s a good idea to write down the hotel address, or take one of their business cards with you, hop into a cab, and just show that to the taxi driver. In a financial pinch, show people on the street the address and hope they are friendly, and well navigated.

Be Greedy With Your Tip:

The waitresses are carrying 10 full beer mugs at once, five meals in two arms, and have to deal with all the drunk men and women. Be friendly with them, tell them what you want to order quickly, and most importantly: tip! We are aware that the drinks and food might be quite expensive at such a festival, but the waitresses deserve the extra euro.

This is a famous beer festival across the country and your loved ones are excited to hear all the stories. In order to show care to those loved ones, or to not forget the experience, don’t forget to buy a souvenir. There are souvenir shops all around Munich, and usually in the beer halls as well. Buy an original stone-beer-mug, a bottle opener, or just a postcard with a panorama of Munich on it.

Most importantly though, don’t forget to have fun, and enjoy the original Starkbier! 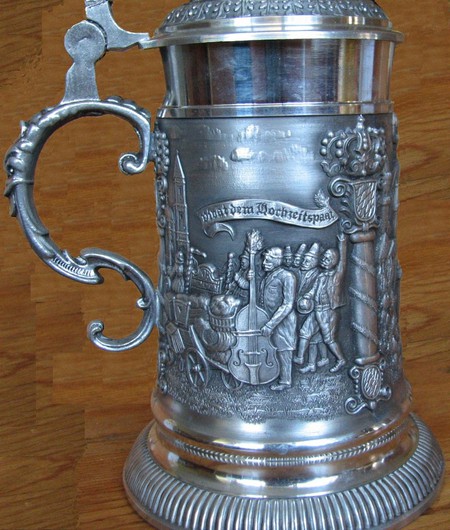