The Coolest Neighbourhoods in Leipzig 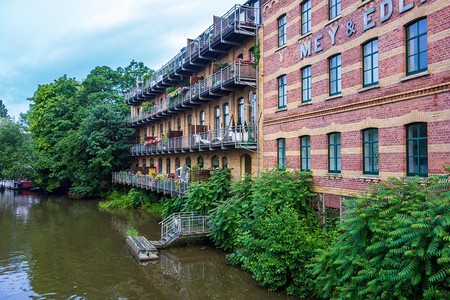 Leipzig is booming – some even think it’s the new Berlin, and a quick look at the different neighbourhoods reveals that Leipzig does have quite a lot to offer. Legendary techno clubs, gritty bars and edgy art installations on one side, beautiful architecture, historical landmarks and beautiful green parks on the other. Here’s are Leipzig’s coolest neighbourhoods.

By far the hippest neighbourhood in town is Plagwitz, no doubt about that. In the recent past, the old industrial quarter in Leipzig’s west has seen artists, musicians and other creative souls move here. With them, the decaying factories have turned into cutting-edge galleries, studios and nightclubs, with the Baumwollspinnerei and Westwerk at the forefront, and the urban vibe getting a boho touch. Street art and pop-up shops, underground art installations and artisan coffee shops have all added to the buzz around Leipzig, or ‘Hypezig’ as many call it now. 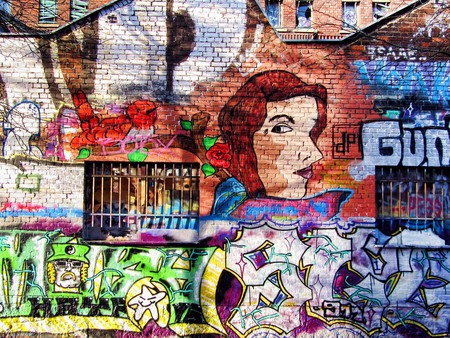 The Südvorstadt neighbourhood lies just south of the city centre, and the local main drag Karl-Liebknecht-Straße – or Karli as most call it – forms the centre of life for many of the city’s students and expats. They love the neighbourhood for its vicinity to downtown Leipzig, but at the same time they think of Südvorstadt as being a tad cooler and a tad edgier with cool bars, shops, restaurants and nightclubs lining the avenue all the way down to Connewitz.

Speaking of Connewitz, many claim that Südvorstadt has actually lost its edge in recent years and that much of what was once considered alternative or trendy has moved further south. These days, Connewitz attracts a lot of people looking for more authenticity and creative freedom away from the mainstream, and the crowd is a colourful mix of students, hippies and elderly people. Connewitz earns obvious plus points for being around the corner of many recreational areas, including the beautiful Cospuden Lake, as well as the Pleiße-Auenwald and the Ratsholz Forests. 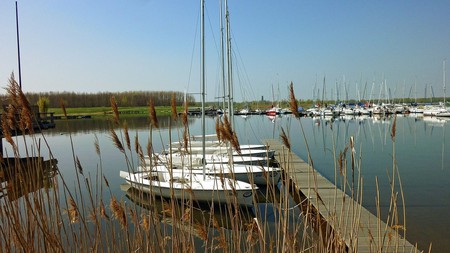 Wedged in between Plagwitz and Südvorstadt, and framed by two streams, Schleussig is somewhat of an insider’s tip. The low-key neighbourhood is an oasis known for its friendly vibe, organic eateries, speciality shops and lots of green spaces. Leipzig’s green lung, the Clara-Zetkin-Park curls up to the northern end of the district and lures with shaded BBQ spots, paddle boat rentals and vast meadows.

Leipzig’s city centre is pretty cool given that it’s virtually teeming with historical landmarks, impressive buildings and beautiful churches, and it’s probably where you’ll spend most of your time when you visit. While you roam the lively pedestrianised streets to explore the major sights, locals join the scene to go shopping, run errands, get to work and meet colleagues and friends for a drink. 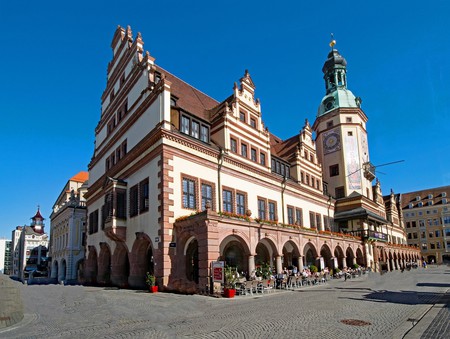 Named after Germany’s great composer Johann Sebastian Bach who spent a significant amount of time in Leipzig, the posh neighbourhood is only a stone’s throw from Mitte and its everyday amenities and at the same time borders Clara-Zetkin-Park, which gets you out of the hustle and bustle of the busy roads. That said, the Bachviertel is home to one of the more popular nightlife promenades, Gottschedstraße, which hosts a bunch of locales where you can mingle with locals.

Lindenau has somewhat followed as the next-door district of Plagwitz, though it might not be as cool or pretty. Nonetheless, young professionals have seized the opportunity of the up-and-coming neighbourhood and moved startups into the industrial complexes along the canals; once deserted sites are being rejuvenated with cool cafés and restaurants, and new residential buildings are filling in the empty plots of land – and there’s still room to grow and develop.

Lindenau canals | © Visions of Domino / WikiCommons
Give us feedback