The Most Interesting Neighbourhoods in Munich 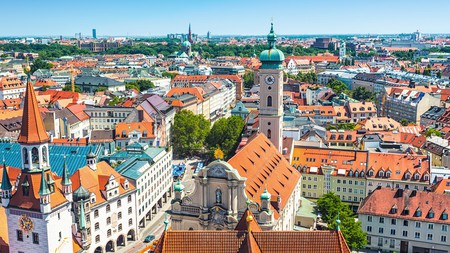 The dynamic, cosmopolitan city of Munich was recently named the world's most liveable city by travel and lifestyle publication 'Monocle'. | © Querbeet / iStock

In 2018, Monocle named Munich the world’s most liveable city, and it’s not hard to see why. It’s a dynamic, cosmopolitan city with plenty of parks, a river clean enough to swim in and a host of interesting neighbourhoods to explore.

Despite having a reputation for being village-like, Munich is still the third-largest city in Germany and as in any buzzing metropolis, its neighbourhoods all offer different flairs. It’s a small, easily walkable city, and if you do want to speed things up, public transport is excellent – buses, trams, suburban trains and underground trains run from dawn until late at night. These are some of the neighbourhoods you can’t miss out on exploring while you’re in Munich. 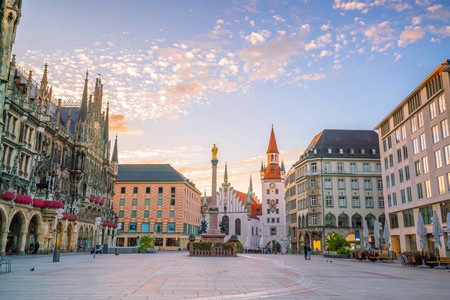 Most easily navigated by foot, Munich’s medieval Old Town is the city’s centre. There is plenty to do here, and it’s in the Altstadt that you’ll get a feel for the city’s grand past. Start at Marienplatz, the main square, where the imposing neo-Gothic town hall dominates the landscape. The Residenz palace, home to Bavarian kings and electors from the 16th to 20th centuries, is just around the corner, and from here it’s just a short stroll to the Hofbräuhaus, the city’s most famous beer hall and St. Peter’s Church, the oldest in the city (and one that offers a great vantage point of the city). As well as brimming with history, Alstadt is a shopper’s paradise with a pedestrianised zone full of department stores, the exclusive Maximilianstraße with its many luxury boutiques, and Dallmayr, the upscale deli that’s been open since 1700. 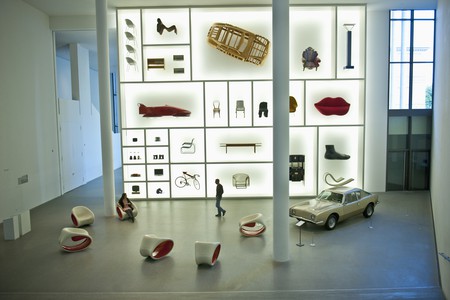 The Pinakothek der Modern, a museum of 19th- and 20th- century art, is located in Maxvorstadt | © Atlantide Phototravel / Getty Images

Maxvorstadt is Munich’s university and museum district, and it’s the perfect neighbourhood for a weekend wander. After becoming a popular hangout area for writers and artists in the early 20th century, Maxvorstadt’s history took a darker twist as it transformed into a Nazi stronghold in the city. Today, many (but not all) of the Nazi-era buildings here have been demolished and replaced with modern edifices. The areas’s complex past hasn’t been forgotten, however; here, you’ll find the NS-Dokumentationszentrum, a museum dedicated to remembering the city’s Nazi past. There are also the city’s biggest art museums – the three Pinakothek galleries, the Museum Brandhorst and the Lenbachhaus. There are many small cafes and restaurants to be explored here; grab a coffee and head to the Englischer Garten, the city’s huge park, which is just a stone’s throw away. 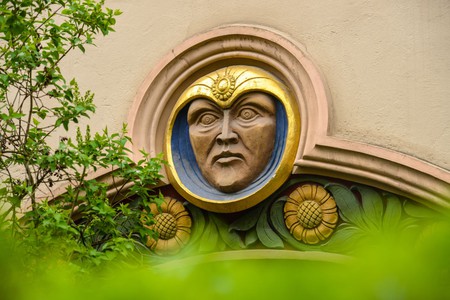 The bohemian neighbourhood of Schwabing is just to the north of Maxvorstadt, and also borders the Englischer Garten. The Countess of Schwabing, Franziska zu Reventlow, once stated, “Schwabing is not a neighbourhood, but a state of being”, and despite gentrification, the free-spirited district retains its charm. Schwabing, even more so than Maxvorstadt, was a hotspot for artists and writers in the early 1900s. Wassily Kandinsky, Thomas Mann, Rainer Maria Rilke and even Lenin lived in the district at the turn of the century. Now, the bustling district is popular with Munich’s young people, and it’s become one of the city’s most expensive and coveted areas to live in.

The vibrant, pretty neighbourhood of Glockenbachviertel is right next to Munich’s river Isar, and attracts a young, hip crowd. It’s particularly welcoming to Munich’s LBGTQ community, with plenty of gay bars and clubs to be found along Müllerstraße. The epicentre of Glockenbachviertel is the Gärtnerplatz, a piazza teeming with flowers. The roads that shoot off it are full of cool cafes and trendy bars, as well as shops selling independent labels. If you’re planning on partying during your visit to Munich, stay in one of the many hotels in this area. 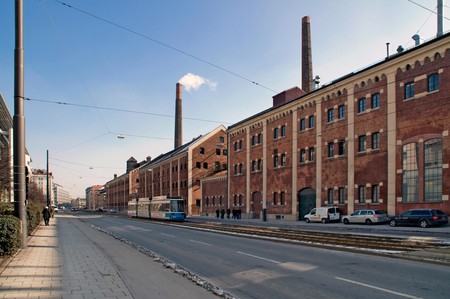 Westend is close to the Oktoberfest grounds | © Interfoto / Alamy

The up-and-coming district of Westend is, as the name suggests, just to the west of the city centre, close to the Oktoberfest grounds. For years, the area was a quiet workers’ district, but the opening of several great cafes, hotels and restaurants have made the neighbourhood an attractive yet alternative place to visit. The Augustiner brewery in Westend is Munich’s oldest brewery, founded in 1328, and if you take a stroll through the district, you can often catch the scent of the beer being brewed. 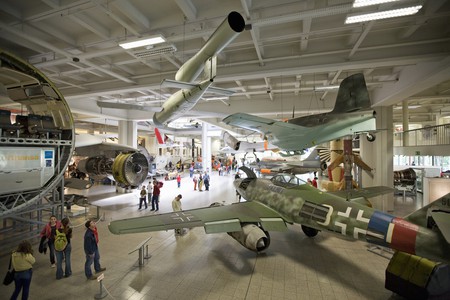 Family-friendly Au-Haidhausen is just to the south of the river, full of restaurants and beer gardens; though quiet and serene, it’s just a short stroll to the bustling city centre. The world’s largest science and technology museum, the Deutsches Museum, is here, as is the Gasteig, the city’s cultural centre. It’s a lovely, peaceful neighbourhood to visit in summer; take a seat on a bench to people-watch and enjoy an ice cream in one of its many squares. Many refer to it as the French Quarter, as many of the roads are named after French cities, and its leafy streets are reminiscent of life in rural France in times gone by. 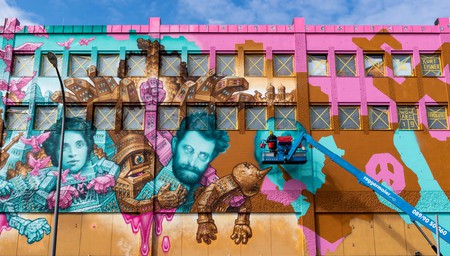 Like Westend, Giesing has experienced something of a renaissance in recent years. The independent brewery Giesinger is based here, and a flurry of interesting little restaurants and bars have opened over the past five years. There’s not much sightseeing to be done here, but if you’re after dinner in one of the hippest districts in town, Giesing is the place to be.