The Coolest and Most Beautiful Neighborhoods in Augsburg, Germany 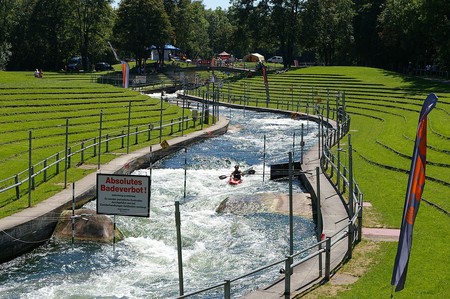 Augsburg, the captivating city in Bavaria, Germany, has been around since 15 BC. A stunning historic skyline has blended with contemporary charm to give this vibrant university town a unique character. From ancient squares to riverside quarters, lush green regions to the first gated community in the world, each neighborhood of Augsburg has something unique to delight travelers.

Fuggerei is not only hands down the most unique neighborhood in Augsburg, but also one of the most significant tourist attractions of the city. This gated neighborhood is deemed to be the very first social housing complex in the world, where the rent (€0.88/US$1) has remained the same for the past five centuries! The credit for this mind-boggling policy goes to the benevolence of wealthy entrepreneur Jakob Fugger, who donated this land to his hometown in 1521. Fuggerei is home to 142 residents, and consists of rows of mustard-colored houses, a church, the Mozart Museum and a palace. It is also a venue of the famous Mozart Festival that takes place every summer. Guided tours of this neighborhood are available. 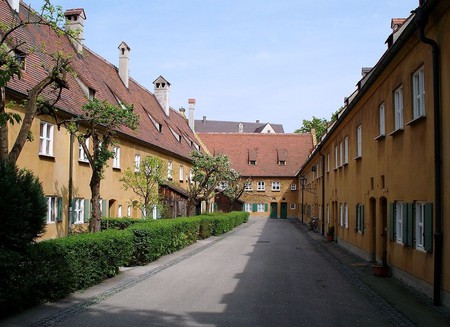 Rathausplatz is the heart of the city of Augsburg. Many of the city’s tourist attractions are clustered around this lively historic square. Some time spent in this part of town is equivalent to being a part of history. The most significant landmark of the this square has to be the Rathaus (city hall). The facade of this huge Renaissance structure is as pleasing as its interior is lavish. Also check out the 17th-century statue of Augustus Caesar in front of the building. Right next to the Rathaus is the 230-foot-high (70 meters) Perlach Tower dating back to the 10th century, which offers panoramic views of the city from its observation deck. A very important sight here is the early-14th century St. Anna’s Church, with magnificent frescoes and décor, where Martin Luther once resided. The Dom in Altstadt is noteworthy for its beautiful stained glass windows, altars and crypt. Next to the Dom is St. Afra’s Church, known for many priceless treasures preserved within its walls. The square also has excellent shopping and gastronomic options, and is a great place to mingle with locals and soak up the atmosphere of the city. It is also the venue for festivals and markets. 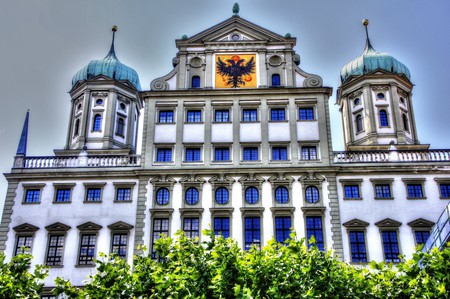 Gersthofen is a small town in the district of Augsburg, around four miles (7 km) from the city center of Augsburg. This is the neighborhood of choice for many people working in Augsburg, who wish to live and raise a family in a quiet and beautiful suburban area, away from the bustle of the city. Gersthofen is perched on the west bank of the River Lech, offering beautiful river views. Biking along the river leads you to several lovely lakes in Augsburg. It also has very good connections to Munich and the Allgau highlands.

Maximilianstraße (often called Maxstraße), meandering past Rathausplatz, is a road of immense historic importance. Its existence can be traced back to the Roman era, when it was part of an important trade route and housed the famous Weinmarkt (wine market). Today, this street is home to a number of landmarks and tourist attractions, including Weberhaus (the 14th-century headquarters of textile trade with a beautifully painted façade), St. Moritz Church, St. Ulfrich and Afra Church, Damenhof (the city’s most famous court), and three beautiful historic fountains (Augustusbrunnen, Merkurbrunnen, and Herkulesbrunnen). The street also boasts some of the best museums and galleries in Augsburg – Schaezlerpalais, Deutscher Barockgalerie, Grafischer Sammlung, Karl und Magdalene Haberstock-Stiftung, Neue Galerie, and Staatsgalerie. 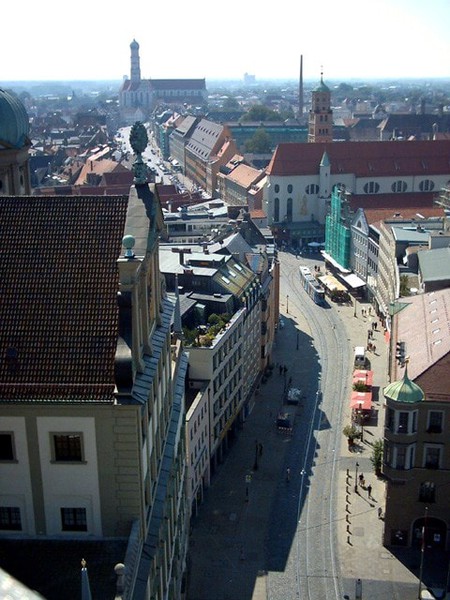 Haunstetten-Siebenbrunn is the largest of the seventeen planning districts of Augsburg, and the one with the biggest population. In fact, Haunstetten was a separate city from 1952 until 1972, and Siebenbrunn was a separate city till 1910. They were included within the limits of Augsburg due to political reforms. This neighborhood lies on a river terrace, in the midst of the Lech, Wertach and Singold Rivers. This is a picturesque, green, quiet neighborhood that is a favorite with families.

Eiskanal is where the locals go to unwind, especially on warm, sunny days. This is the first artificially constructed whitewater river on earth, built on the occasion of 1972 Olympics in Munich for the canoe slalom and kayaking events. The Eiskanal has rolling, lush green banks with towering trees that are great for strolling or having a picnic. People kayaking down the river is also a very common sight.

Diedorf is a municipality in the district of Augsburg, located around five miles (9 km) away from the center of the city. It is considered to be among the most pristine and picturesque areas of Augsburg, with plentiful greenery, winding alleys, playgrounds and parks and steep-roofed houses. 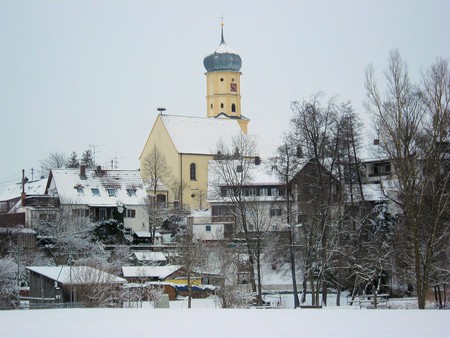 Kirche St. Bartholomäus in Diedorf | © Gerhard1959 / WikiCommons
Give us feedback